Two Christmases ago I noticed a huge Santa sitting on the front porch of the house that is directly behind me. He was a really neat Santa - he looked like he was from a Department Store display and probably pretty old. I saw him the next Christmas too. Then, this Spring, they had a yard sale. And, sitting on the front porch was Santa. Priced at $50.00. But, that had been slashed to $25.00. Still more than I could pay. Besides, he would be impossible to sell and ship because he was probably 6 feet tall. I patted Santa on the head and bid him a fond farewell. 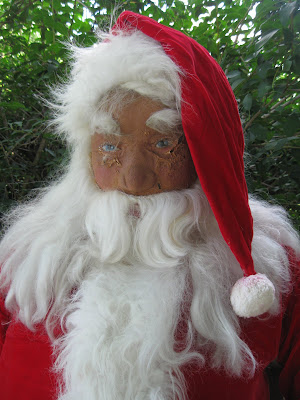 Fast forward to today when I noticed they were having another yard sale. I wasn't going to stop because they normally have an huge explosion of girls' toys and clothes threwn on the tables and ground. But, when I drove past, I spotted Santa! He was still there. I had my Dad with me today. He likes things like that - big lifelike people and funny things. He went right over to Santa and commented on is coolness. I agreed that he was cool, but said that they had wanted $25.00 last time. I paid for a 75¢ item and was walking out of the yard. Then, I decided to ask - "How much is Santa, anyway?" She said, "My husband said he goes today or he goes to the dump. How about $5.00?" 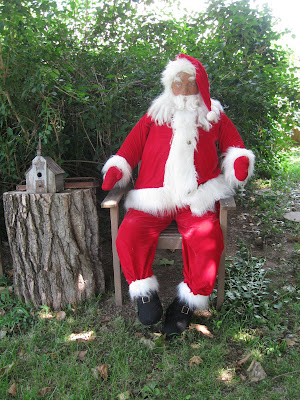 As you can imagine, I whipped out a Fiver so fast I nearly got a paper cut. We loaded him in the car and took him home. I quickly realized that I really had absolutely no where to store him or display him. My Dad was still enamoured with the Big Guy, so I sent Snta home with him. 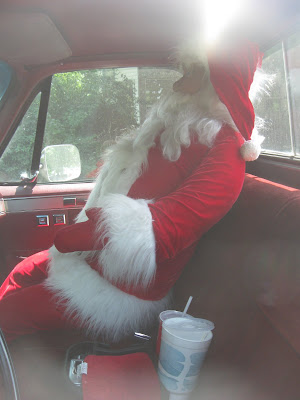 Here he is in my Dad's truck ready for the trip home. He said that when he left he was stopped at a corner waiting for the light to turn - A lady in the next car over got out of her car and started talking pictures of Santa riding in the truck! So, my Dad had a good ride home with Santa. He already has the perfect spot at his house for him. So, I know Santa is in good hands.

Other finds for today: 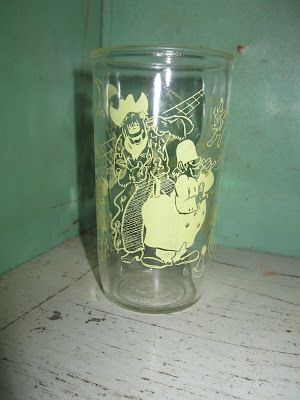 A Swanky Swig or old jelly jar with clowns. I don't like clowns, but I am hoping someone on Etsy will! 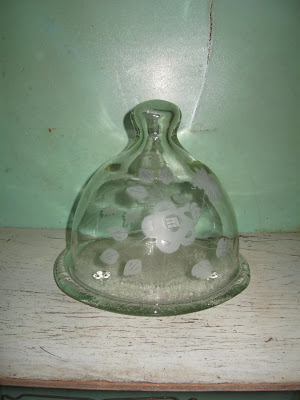 A lovely etched glass cloche/dome. I keep buying glass lately and I don't really know why. I don't like glass as a rule, but I do like jars and cloches. 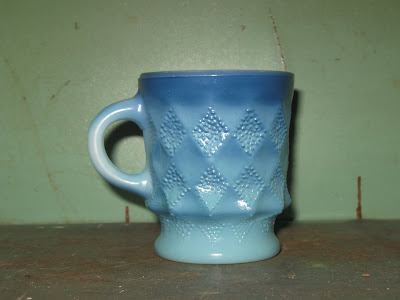 A set of four blue Kimberly Anchor Hocking Mugs in really good condition. I rarely see these and when I do, they are usually all faded. 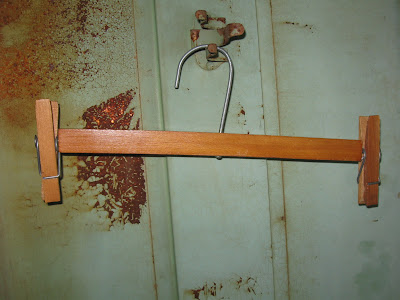 Love this old wooden hanger with the built-in clothespins. I am going to use it as a picture frame, so the speak. 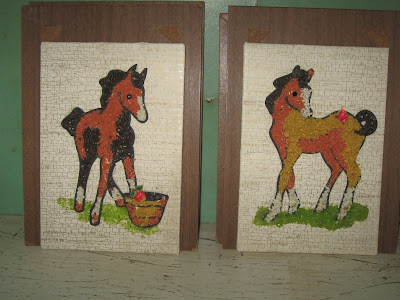 Gravel art. Lovely, right? I think these are collectible. A pair of gravel horses. 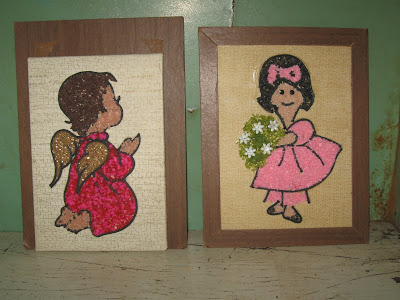 A gravel angel and a gravel girl. Gravel for everyone! 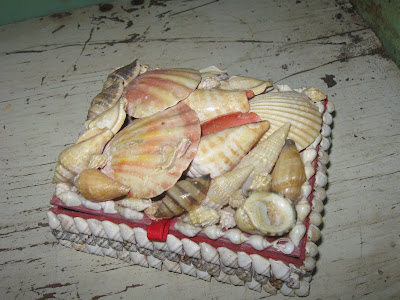 A shell encrusted box. I always buy the red velvet lined ones and sell them in lots. 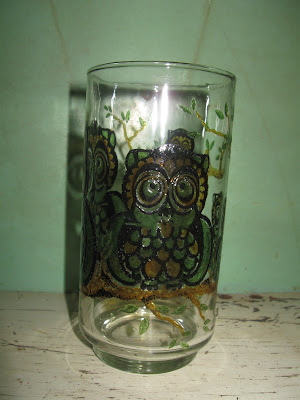 A funky owl glass - actually a complete set of eight. I hate shipping glasses, but if the price is right - I don't mind. ;o) 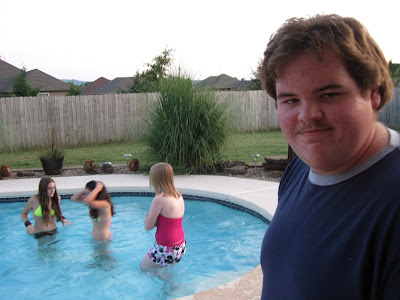 The reason I am blogging tonight - The Bean is at a pool party with a bunch of hotties. I'm off to pick him up. In the dark. I don't do dark. Wish me luck!

*Don't forget to come back tomorrow for the BIG GIVEAWAY!