Once a week, for about four years, I have gotten automated phone calls from Humana Insurance asking for "Roy Yadda Yadda".  It's all automated, so I can't say, "There is no Roy Yadda Yadda here!"  I've actually called the number they leave a few times and told them, "Dude, you have totally got the wrong number!"  The calls stop for about a month, and then they start up again.  About two years ago, I saw the Humana number on the phone and waited for the computer to ask for "Roy Yadda Yadda.  But, nooooooooooo, they wanted "VERA Yadda Yadda".  Are you freaking kidding me?  So, now they call once a week for Roy and once a week for Vera.  Like clockwork.
It doesn't really bother me that much.  I mean, it is annoying.  But, I suspect they might actually need to talk to Roy and Vera one of these days about something really important.  The last time I called to tell them it was the wrong number was in January.  I haven't had any calls since. So maybe, just maybe, they actually got it fixed.
Last night the phone rang during Idol.  Guess who it is on the Caller ID?  No, not Humana.  That would be too easy!  The Caller ID said, "Roy Yadda Yadda".  I thought it was some sort of joke!  I just stared at the receiver thinking, "Whaaaaaaaaaaaaat?"  (You know that old phone prank where you call and ask for Bob over and over and then you call back and say, "Hi!  This is Bob!  Have I had any calls?"  Well, that is exactly what I thought was happening.)
When I answered,  a lady asked if Jack or Betty were there.  I said, "Uhm.  No.  Uhm. You have the uhm, wrong uhm, number."  She apologized and was about to hang up when I said, "I get a lot of phone calls for you though."  She said, "For me?"  I said "Is this Vera Yadda Yadda?"  "Yesssssssssssss, Who is this?" she asked.  I went on to explain the whole situation to her and she laughed and laughed and laughed.  Hard.  It absolutely cracked her up.  In all these years, I just assumed the number was completely off track.  I never thought it might be a local number, it really just never occurred to me.  Turns out they live about a half a mile from me.
It all struck me very odd, like I was being Punk'd or something.
Ashton? 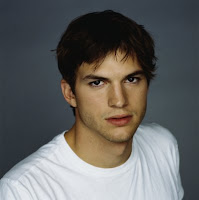