I haven't had a junk post in a long time!  Part of the reason is that I have been sending more junk OUT to the booths and donating junk to the thrifts than I have been out looking for junk.  I sent a huge truckload of stuff to the thrift with the Breadman the other day.  He works in the next town over, so I send him my donations to take to a far away thrift store.  I do not like going thrifting and seeing my rejects on the shelves.  Sometimes I make decisions to let things go, but then I see them.  Just sitting there on the shelf all sad and I feel bad for them.  Yes, I know.  This is a bit of insanity on my part.  But, the struggle is real.  Also, I don't like to donate my things and then see it show up in the booth next to mine.  It has happened - I promise you.  ANYWAY.  For some reason that I cannot comprehend since he knows my RULE, he took it to the Goodwill that is right up the street from MY HOUSE.  WTH was he thinking?  I stopped in the other day and there was my stuff and more over there and that was mine and that and that and on and on and on.  It was AWFUL.  So, I can't go to Goodwill for the next month or so since I don't want to see it.

So the point of this post was junk, am I right?  Let's see what I can scrounge up. 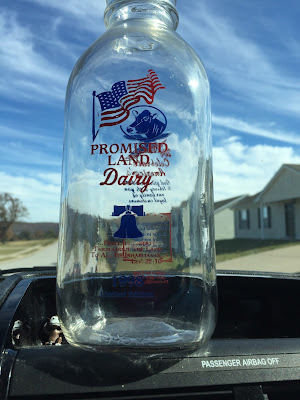 I bought this at the last yard sale I went to - probably the last one this year.  I loved the patriotic feel to it.  I posted it on Instagram and one of my followers told me that her brother designed it.  Isn't that weird?  And wonderful? 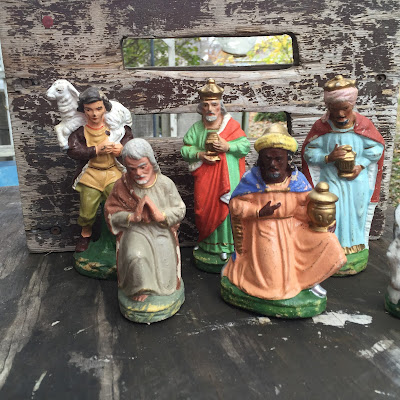 I found this large old JAPAN Nativity set at the Super Cheap Thrift.  They are larger than the usual ones I find  - the largest one is 8" tall - they all have a 29¢ price on the bottoms. 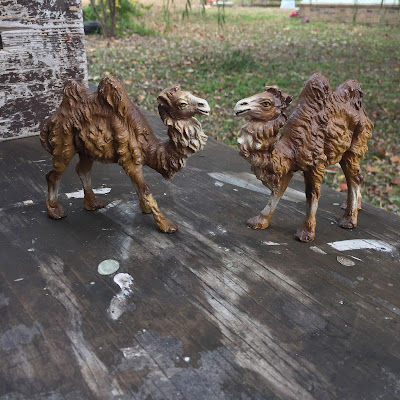 These camels were with them.  They are made of a different material, but have the same 29¢ price on them. 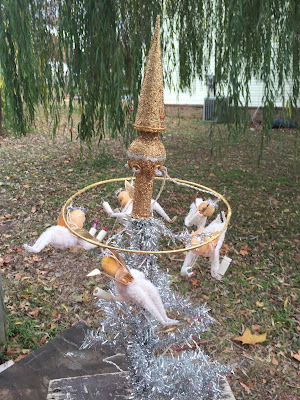 I bought this old tree topper at my friend Paula's booth.  It has five little paper mache angles flying around the edges.  It is fabulous. 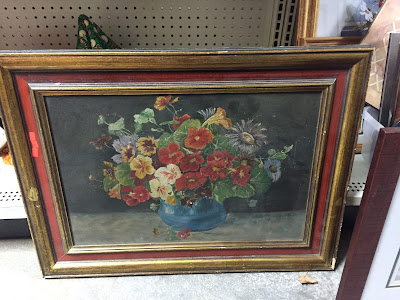 This huge old oil painting will go to Lara for one of her gallery walls.  It is a great old painting.  I know a coat of chalk paint will really make it pop.  And, it was only TWO DOLLARS. 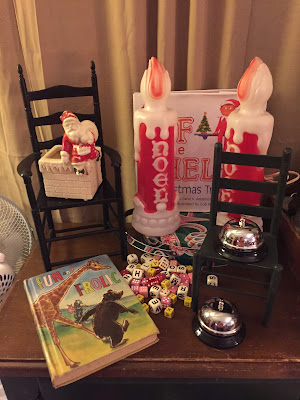 A bad photo taken too late at night.  But then again it's "night" at 5:00!  The two candle blowmolds were from one thrift and all the rest was from the Super Cheap Thrift.  I saw the chairs in a cart beign carried out so I tailed the lady until she put them on the shelf.  The smaller green one isn't much, but the taller black one is pretty sweet.  They were 25¢ each!  I have been on the hunt for an Elf on the Shelf book since they came out.  I don't want a new elf - just the book to put back.  I've seen them at thrifts, but always in the special section priced $6 or so  I knew I would find one - and I did!  And for only 50¢!  The bells came out of Bunco sets.  The SCT sells all games for 25¢ so I love finding games I can part out.  Bunco comes with a bunch of PINK dice, which is cool.  Plus, each game has one of those cool bells in it.  I sell the bells for $5.00 in the booth. 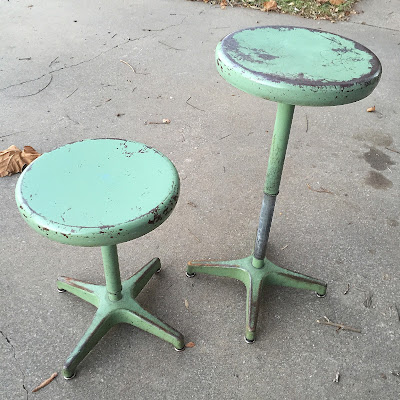 And, I did not "find" these at all.  Lara GAVE them to me.  She recently bought 35, yes, thirty five. of them and has had them in both of her booths.  I went on and on about how wonderful they were and she gave me two of them.   I said, "No!" as she carried them down the driveway.  And, "You mustn't" as she loaded them into my car.   If you ever meet Lara in person, NEVER comment that you like something or she will give it to you.  Act like you hate her stuff.  (It will be hard, but remain strong. You hate it.  ICK. Got it?)  She has given me so many things, it's pitiful. She's just the nicest person. EVER.

That's not much junk, is it?  Or even that great of stuff (except for those swoon-worthy stools).  But, that's all I have found.  I have been to my local Goodwill three times in a week and left empty handed every darn time.  What's up with that?  They have about twenty Christmas items on any given day. Where is all the Christmas, I ask you?  I have found very little vintage Christmas this year and I am selling a ton of it at the Fall Junk Ranch.  So, I NEED to find more or I will be forced to start selling off my collections!

So, have you found any good junk lately?

PS PrincessShezzy - I left you a message on your last comment.  You made my day, girl!