Friday, before and after the Flu Shot Clinic, I managed to hit five thrift stores.  I decided to bypass the ALL CHRISTMAS thrift (which is a like a crack house to me), plus it's the wrong way to be going close to five o'clock traffic.  Traffic here in my little corner of NW Arkansas is comparable to HUGE cities - and worse - standstills for nearly an hour.  It is nuts and I avoid the Interstate whenever possible.  Wal-mart General Offices are here and thousands and thousands of people commute.

I decided to hit five other thrifts and see if the Christmas is starting to eek out. 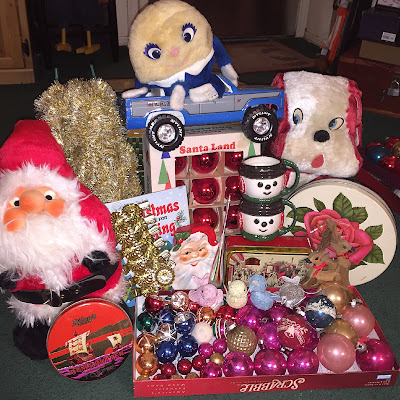 Mostly Christmas with a few other vintage items added in for good measure.

These photos aren't very good -  I haven't figured out how to open my photos and edit them.  Due to the magic of THE CLOUD, I take a photo on my phone and WA-LAH it shows up on the computer. So, if you have THE CLOUD and you share a computer in your house - don't take any nekkid selfies. OKAY?  I mean, I wouldn't do that, cause "EW" but, just so you know. 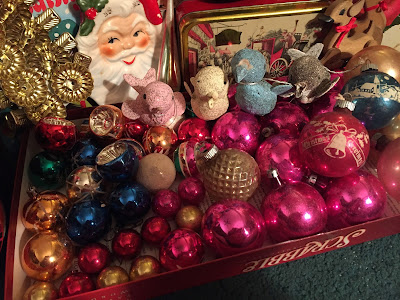 So, the lure of the giant bag of crap got me.  I bought one bag to rescue a dainty tree topper and those stenciled Shiny Brites.  The darned tree topper crushed on the way home which crushed me.   But, I was rewarded in all those other ornaments that were in the bag  - I didn't really notice that they were all Poland PINK ornaments. 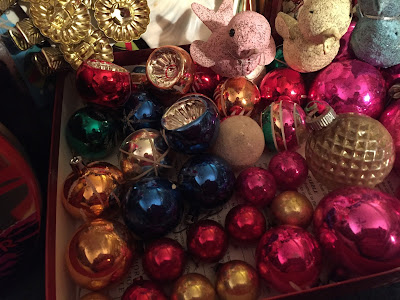 Then there was also a bunch of wee Shiny Brite indents - about the size of a ping pong ball. 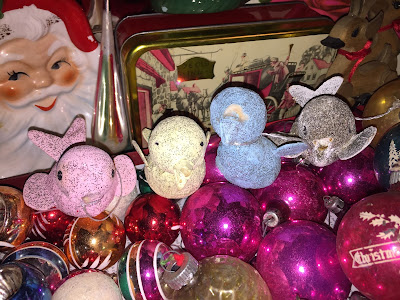 I've seen these on so many other blogs- but I have NEVER found a mica bird.  I spotted the blue one and the white one in a bag, so I grabbed it.  On the second walk through, I saw another bag of crap with one more in it.  When I got home - there were TWO in there!  Hurrah!  You just know they were all from the same storage box for all those years.  I hated to see them separated.  'Cause they have feelings, YOU KNOW. 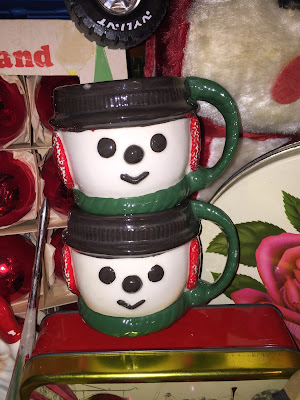 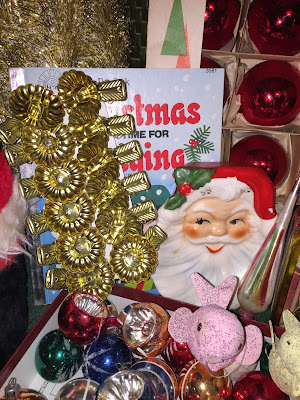 A brighter shot of those mini indents and a bunch of gold candle clips.  I added the clips to my newest wreaths.  A vintage Christmas book, a Santa dish and a box of red ornaments. 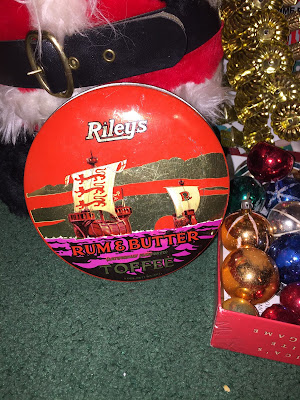 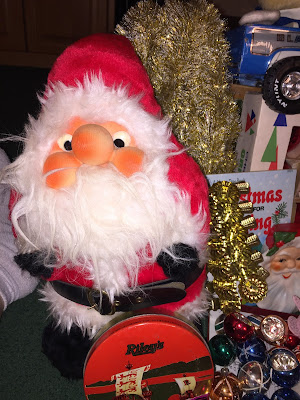 A vintage Santa with a big schnoz.  A huge bundle of vintage garland for my wreath making. 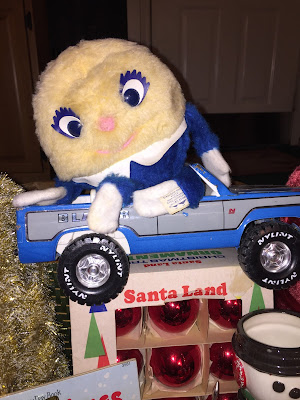 A vintage Humpty Dumpty that chimes - so sweet and an old Nylint Blazer.   You know you will see a big honking Christmas tree tied to that Blazer before long.  'Cause.  Why not?  A better shot of the ornaments. 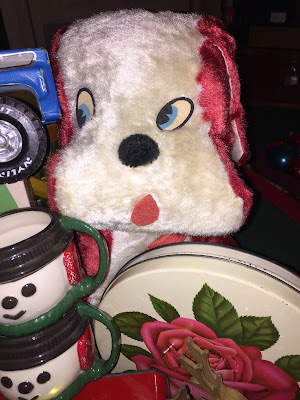 An old Carnival dog.  I have bought several of these lately.  I remember wanting to win one SO BAD when I was a kid.  So, I pick them up when I see them.  Hopefully someone else will feel the twinge when they see them.  Yes, his eyes are wonky. 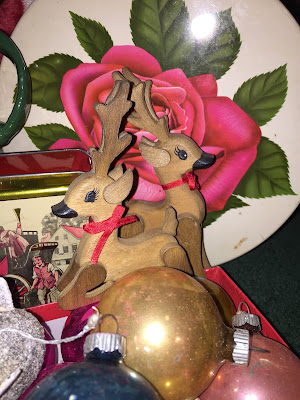 A couple deer from the depths of the  bags o' crap.  I got rid of the red ribbons and they are darn cute.

And a rosy candy tin.  Dreamy! 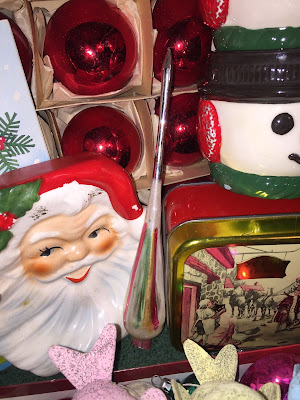 The remnants of the poor tree topper.  *Sniff*.   What's that?  Another candy tin?  Aren't those forbidden, Shara?  Yes.  Yes, they are.

The bags o' crap held a lot of treasures compiled with my box o' crap at home so I was able to make two more wreaths. 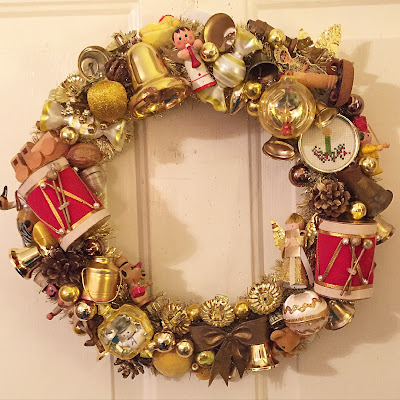 "Vintage Gold" - not my color scheme - but I like it.
I have a weird feeling this one will the the first to sell since it's different.

And, my new favorite: 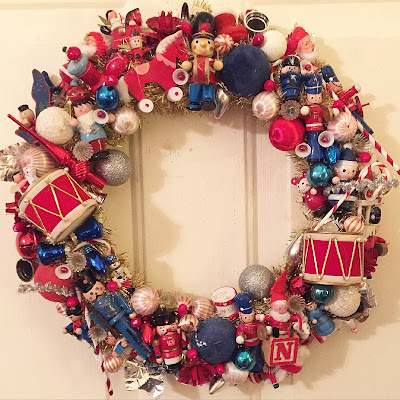 "Red, White & Blue and Soldiers Too"

I had a nice amount of soldiers and police, so I pulled out all the red, white and blue I could find.  It's also a different color scheme, but I think it's kind of swell.

I'm low on ornaments, so that means no more wreath making OR a lot of trips to the thrift.

I'll let YOU figure out which one will be GOING DOWN.