The Day I Got a Big Head

I went out to the booth today to return the things I had stolen for the Barn Sale - vintage toys, jewelry, Ephemera, Scrabble Words and a few other odds and ends.  I knew I would be stopping at the Super Cheap Thrift along the way, but I didn't count on seeing a lot of yard sales today.  I think I stopped at six, which is a lot for a Thursday. 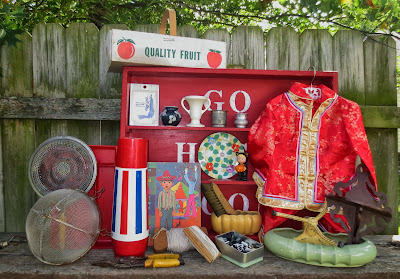 The red shelf says GO HOGS GO on it.  That will be just a distant memory soon.  I will paint it white with chalkboard sides so I can write sale messages on it in the booth. 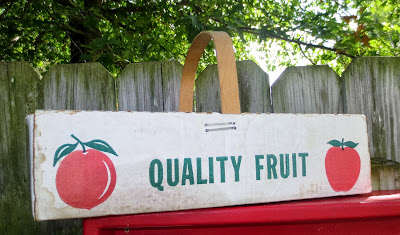 I love these old fruit boxes.  This one was full of old tools, but I managed to buy it without the tools. 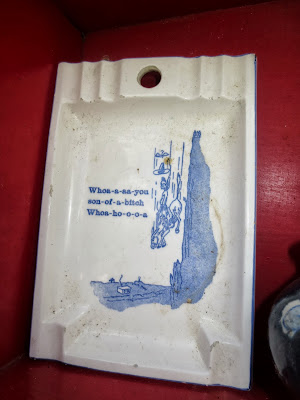 Cover your kids eyes!  How often do you thrift something that says "son of a b*tch" on it, right? 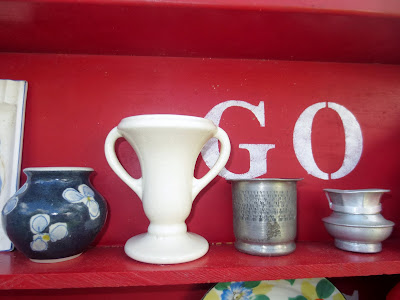 Small pottery vase with flowers - has a tiny marking on it and I am going to have to find the loupe to read it.  Matte white Haeger vase, small pewter vessel and a strange little tin doo bopper.  I don't know what it is, but it was ten cents, so I bought it. 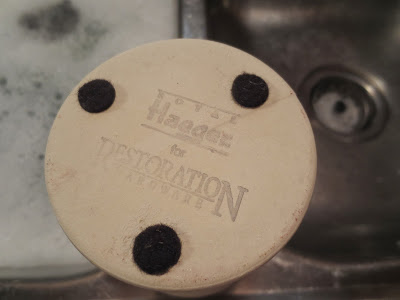 I was really happy about that small Haeger vase until I read the bottom - Made for Restoration Hardware!  Whaaaat?  It's new?  Not sure how I feel about that.  Hmmm.  It's still a nice piece of pottery and it feels old. 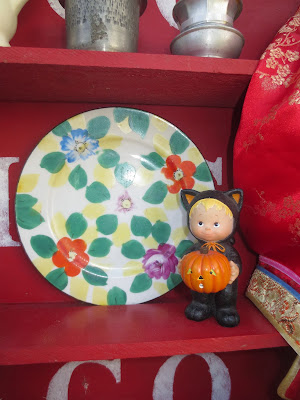 Sweet vintage floral piece of china for ten cents and a little trick or treater kid for ten cents.  He isn't old, but he's cute and cute wins! 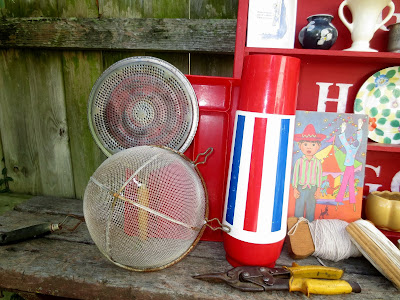 An old strainer and an old kitchen thing, a red Lusterware silverware drawer, a very patriotic Thermos, a vintage book signed by the Author and a pair of tin snips.  I have been thinking I need some tin snips, but they are expensive.  These cost 25¢. 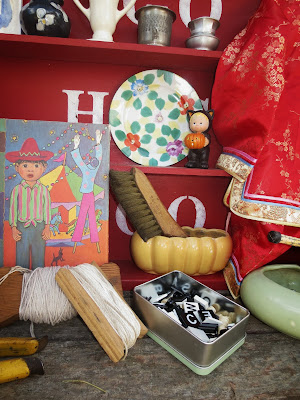 A tin full of wooden chess pieces and some old letter tiles, a piece of golden pottery and two spools of twine that someone worked awfully hard to make.  I have a few of these old carved wooden twine holders.  People used to be so resourceful.  Now, not so much. 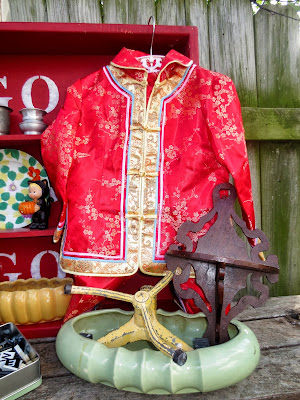 A lovely piece of jadeite green pottery (it was a pottery kind of day), an old sprinler, someone's school woodshop project shelf and just the sweetest Chinese Outfit.  It is darling.  I found it in the Halloween stuff and had to rescue it - it's not a costume, it's authentic. 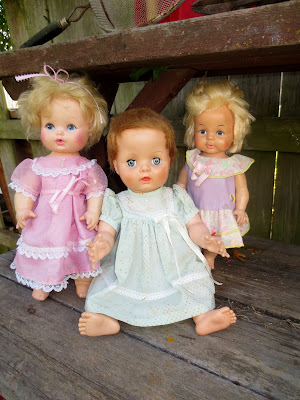 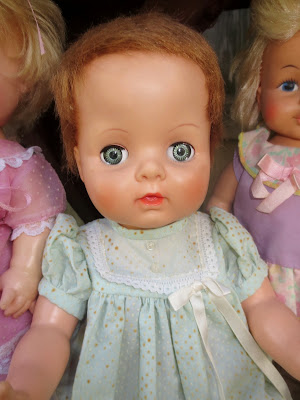 I think this one is sweet. 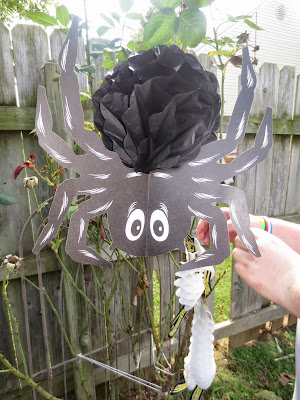 *BTW, this is my crazy neighbor's fence and he swears he is replacing it.  It's missing pickets and green as all get out.  I wish he would. 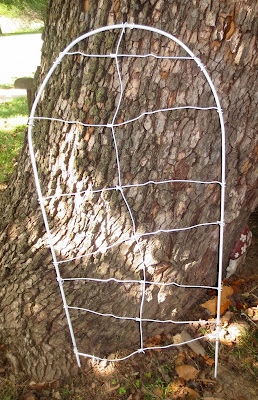 A very old handmade wire trellis.  This will hold flashcards at the booth eventually.

So, here's where you will immediately think, "That girl has LOST her mind!" 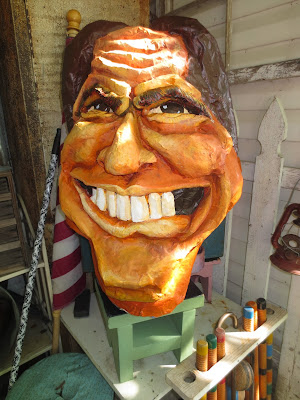 A GIANT paper mache head.  Handmade and very well done.  HUGE.  Bigger than HUGE.  Crazy big!  I thought it was a puppet head, but the top is open, so, that can't be it.  It was only $5.00, so I bought it.  So far I have banged on the front window and held it up nearly causing The Bean to have a heart attack, so I guess it's been worth the five bucks already.

I think there is a slight chance I was desperate to buy something today.