Wednesday we went on a treasure hunt at Target.  I saw online that the Summer items were scanning at 90% off.  Target is always fun when there are 90% off items to be found.  The most fun are the "hidden" that scan at 90% off, but aren't marked as summer items.  Case in point this particular time when we found two big packages of Styrofoam plates for 32¢, a package of blue "Solo" cups for 32¢ and a beverage dispenser for 79¢. On  a walk down an outer lane, I spotted some giant tubs on a shelf.  I said to The Breadman, "Those are going to be 59¢!"  He looked at me like I was crazy, but he took one and scanned it.  He came back and said, "How did you know?  Do you want it?" To which I replied, "I want all SIX of them!" 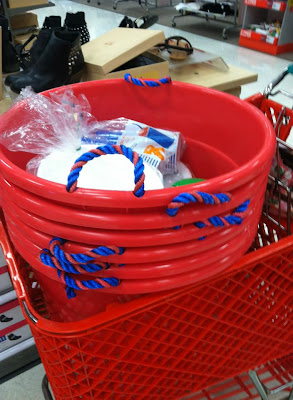 He loaded them into the cart and then said, "Why exactly do we need six giant plastic tubs?"  I said, "Because they are 59¢, that's why!"  I figure we will figure out what to do with them later.  :)  I paid $5.19 for the plates, the cups, the dispenser and all six tubs.  Treasure hunting is fun!

After Target we stopped into the big thrift in town.  After buying things for 32¢ and 59¢, the thrift seemed like it was really, really expensive!  But, I re-acclimated and found some deals there too. 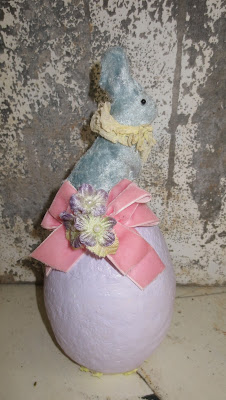 I found this sweet vintage-inspired chalk and velvet Easter bunny.  I will doctor him up  bit. 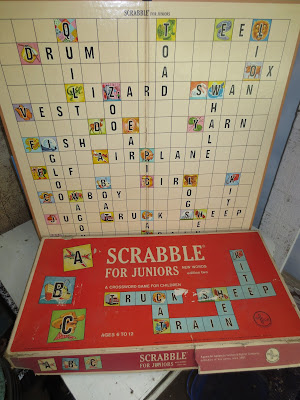 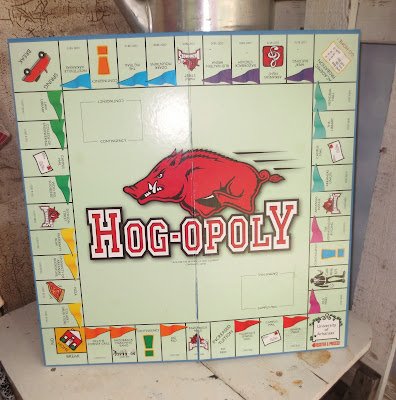 A Hog-opoly game board.  This should sell to a University student pretty quickly. 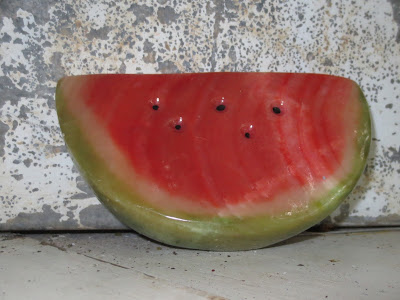 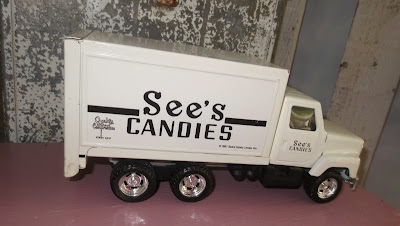 This die cast See's Candy truck was sitting on a shelf in the toy department.  I watched The Bean, The Breadman and three customer pick it up and sit it back down.  I heard two of them say what a shame it was that it was ruined.  When I went to look at it I saw that in giant capital Magic Marker letters someone had written JENNY JOHN and JASON on the top of the trailer.  It looked pretty bad, but I thought for 99¢ I could take a stab at cleaning it up.  It took some elbow grease and two magic Erasers, but it is all gone.  Not a trace of Magic Marker.  I'm always surprised when people don't realize that you can fix things.  It should go to the booth, but it might have to lice with m candy box collection for a bit.

Now, for the last item of the day.

I bought something that I have never bought before and I never really thought I would buy. 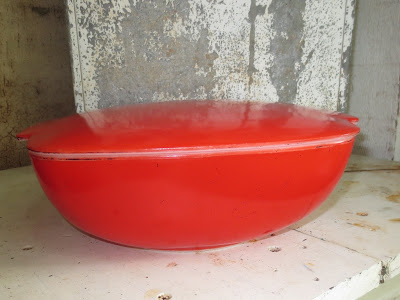 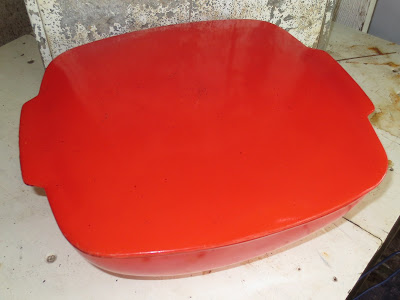 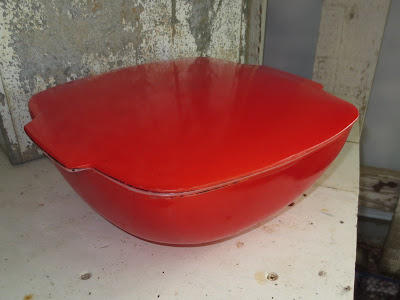 That is, until I saw this piece of  lovely red Pyrex ovenware sitting on the shelf.  It is the one piece that I has seen on blogs that appealed to me. 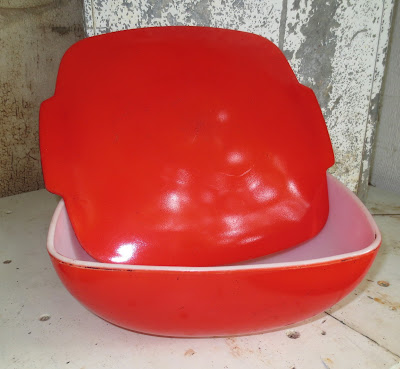 It's in really nice condition - the red is bright and not chippy or peeling at all.  I bought it for the booth.
But, I'm kind of digging it.

Before one of you comments, Now you are going to start collecting Pyrex.  Nope.  Not going to happen. This is the one piece that I have coveted.  One and done, as they say.

Did you find any deals, hidden or otherwise this week?
Posted by Shara at 11:35 PM