I went to those sales on Saturday.  I seem to be having a run on Christmas stuff.  And, that, is just FINE with ME!

*I edited these on the phone, but they transferred to the computer as the originals and now it won't let me crop them again.  So, ignore the crap in the background, the bad color and the cat if she is in any of these.  She loves to sniff my finds. 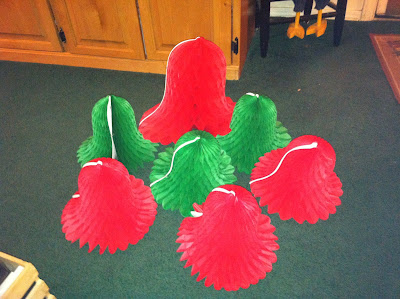 Seven Beistle honeycomb bells.  I love hanging honeycomb stuff up in my booth and in my living room window.  $1.00 for all. 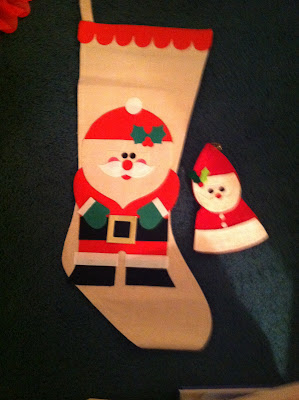 A vintage stocking that I took out of the package and a small felt Santa.  25¢ for both. 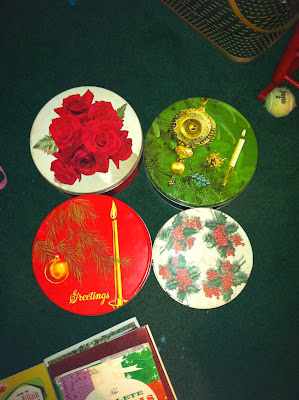 Four vintage tins - the roses aren't exactly Christmas-y but I was only seeing red and green when I snagged it.  25¢ each. 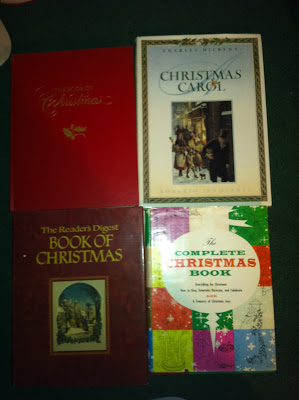 Four books about Christmas.  The two on the left are the same book - one just has the dust jacket.  It is inscribed to a "Darling girl from Grandpa 1972".  :)  That complete Christmas book is interesting - it has recipes and how to carve a turkey and plays for pageants, how to decorate your house, how to wrap a present, how to write the proper Christmas Card greeting and a whole lot of other information all from the 1950's.  So, it's very kitschy and cool.  50¢ each. 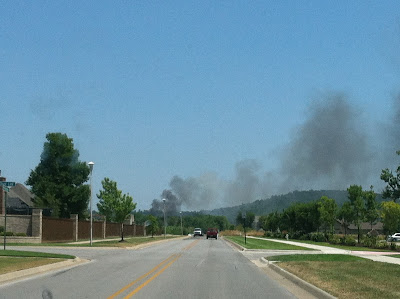 On the way home from the sales, I saw a huge plume of smoke not too far from our house.  Since we are in a sever drought and a Burn Ban, I knew it could not be good.  We followed the smoke and found a four unit townhouse completely engulfed in flames. 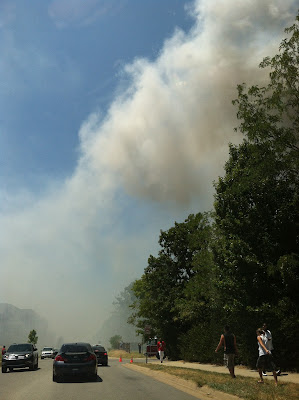 The fire was on a side street.  When I drove past, you could see that the hook and ladders were up in the air, but the smoke was so thick they just disappeared into the smoke. 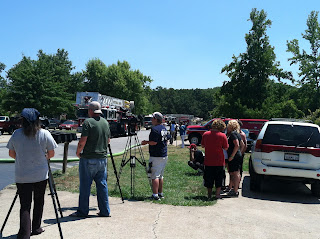 Once the fire was out, you could walk up the street to see the damage.  All the TV stations were there.  We talked to a man that said no one was hurt, but some pets were lost.  So sad about those poor animals, but good for the people. It doesn't look that bad, but all four units were a complete loss.  These are rental units and the people that rent there are low income.  So, this will be hard for all of them. 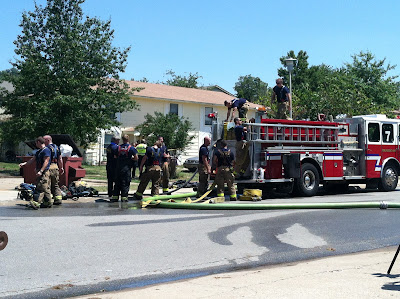 God bless the firemen fighting that fire in these 103 degree temperatures.  We saw one fireman squatting in the street throwing water on himself from the ditch.  Another one was dumping ice down his fire suit.

Hope you found some good junk this weekend.  And, I hope you didn't see a fire!