One Thrifty Find & a Great Memory

Saturday I needed to take a few things out to the Flea market, so I stopped at the Super Cheap Thrift since it is on the way.  Never, never drive past the Super Cheap Thrift!  Never!  (Do you know a few locals have found my blog and written to say that they can't find the SCT listed in the phone book?  Ha. That's just what I call it to keep it my little secret!) 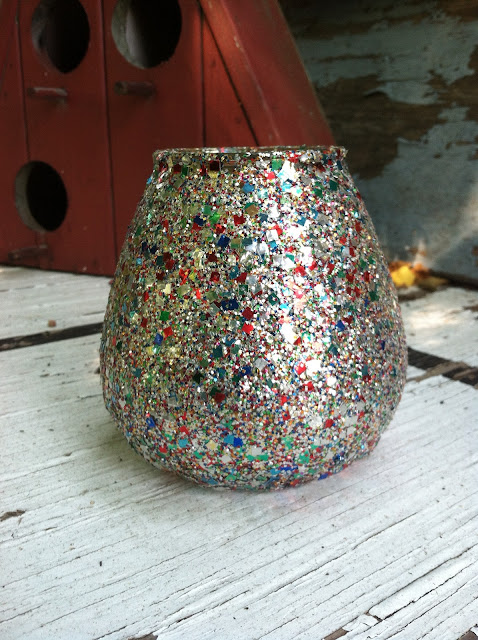 As I was walking up the aisles, a spark of glitter caught my eye.  I stopped to look at this old glittered covered candle and I had a flood of memories.  I hadn't seen a candle like this in longer than I care to admit - thirty years or more - but I remembered them immediately. 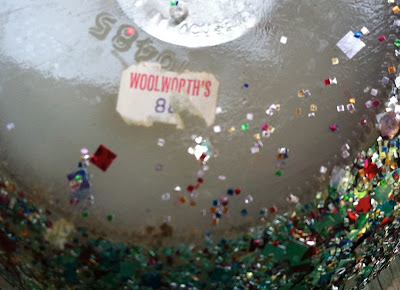 There was a pizza restaurant called "Pizza Planet" (long before Toy Story) next to the grocery store where my Dad worked.  On payday Friday, we would meet there after work and school and my parents would have a pitcher of beer and we would eat pizza.  I would play the jukebox and we would just sit and visit. 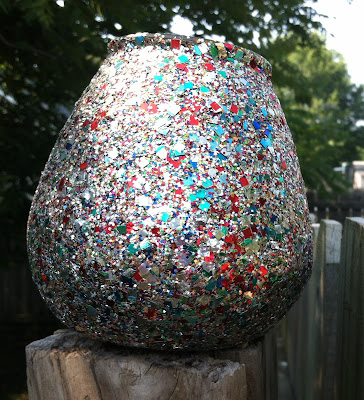 On each table was a candle like this one.  It was always lit and make a sparkly glow.  Being the fire bug I was, I would stick my finger in the melted wax, pull it out , blow on it and them peel off the little wax bowl that was stuck on my fingertip.  And then I would do it again.  And again.  And again. and again until my mother would say, "Shara Lee!  Stop that!"  (Then I would do it again.) 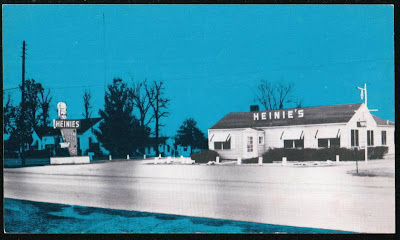 On my 8th birthday, my parents told me I could go anywhere I wanted to go for dinner, thinking I would say McDonald's or Pizza Planet.  I surprised them when I said, "Heine's Steakhouse!" mainly because we had never been there before and we didn't eat meat.    But, I loved the old neon sign out front and the building was PINK, so I really wanted to go in there.  We went and I ordered shrimp.    The salad came in a chilled salad bowl.  The shrimp came on a heavy heated ironstone plate.  And on each table sat a glittered candle. 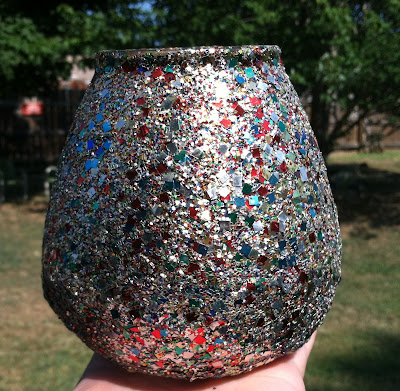 I really don't remember, but I can almost bet that I dipped my finger in the melted wax.  And, since it was my birthday, maybe I didn't get a "Shara Lee!" even though I did it one too many times.

This glittery candle is a keeper.

Have you purchased anything for a memory alone?