I have a little obsession with scratch-off lottery tickets.  We never had the lottery until about two years ago, but I used to love and pick up a few in Missouri and Kansas when we traveled.  Now that we finally have a lottery in Arkansas, I like playing the scratch-off tickets from time to time.  Generally, I take ten dollars of my Flea market money and buy some tickets.  Last week I bout $10.00 worth of tickets and had this one in the mix. 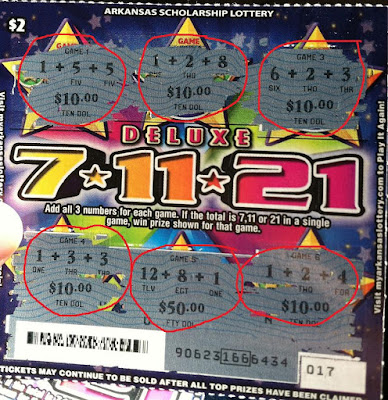 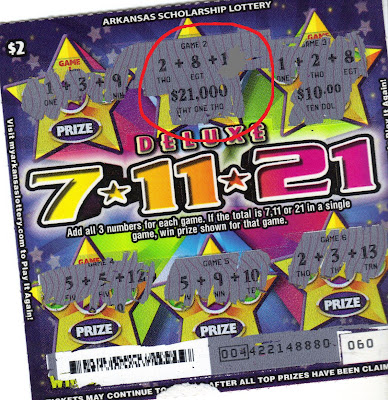 He scratched it off and was very, very quiet.  He just sat there holding it.  Finally he handed it to me.

Homeschoooling at it's best.

As I  cleaned up the scratch off silver stuff on the rest of the card so we could go get our TWENTY ONE THOUSAND DOLLARS, I scratched off a "2". 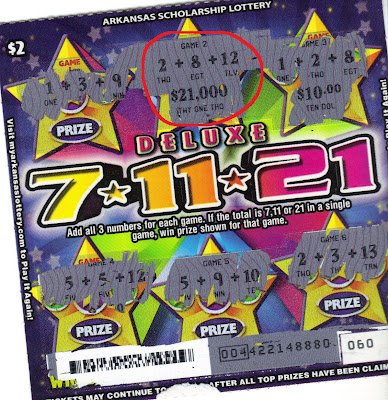 Poor kid got all embarrassed thinking I was mad at him.  Or disappointed.  Heck, we only "thought" we had struck it rich for about thirty seconds.

But, they sure were thirty SWEET seconds!