I Don't Have A Clue

I was going through some old pictures the other day and I came across this one. 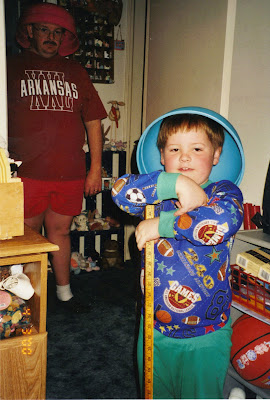 The Bean, a cute baby Bean, involved in some sort of role playing game - giant mixing bowl on his head - perhaps a helmet and a yardstick that was probably a sword.  But, what's that behind him?  The Breadman wearing a giant mixing bowl helmet!  He looks rather confused, doesn't he?

I have no idea what they were doing or how either of them came to have my mixing bowls on their heads.  But, I am SO happy that I happened to capture it on film.  What a couple of goofs!

Do you have a favorite funny photo?