HI. HOPE EVERYONE HAD A GOOD WEEKEND.  I SPENT THE WEEKEND WITH HALF A MILLION MOTORCYCLES, SO I AM A LITTLE DEAF.  WHAT?  I'M YELLING?  I'M SORRY.  Is this better?


This weekend was Bikes, Blues and Barbecue.  I don't ride a motorcycle, I don't particularly like the Blues and I don't really eat Barbecue, but that doesn't stop us from going to BB&BBQ. 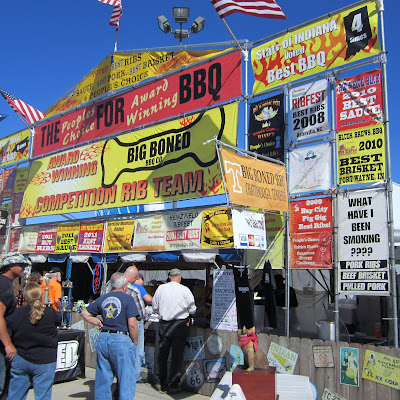 The barbecue is everywhere.  The line for Big Boned Barbecue was long, so I can only assume it was tasty. 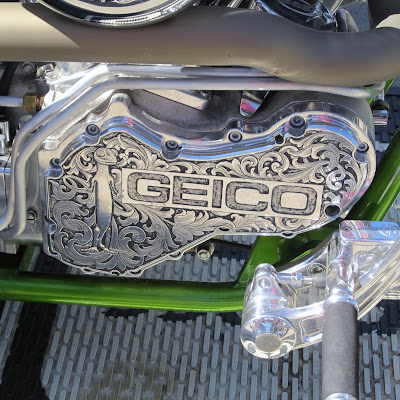 There were fancy bikes from different companies on display.  Here is the Geico Gecko motorcycle.  There were also freebies to be had at each booth.  I'm the proud owner of a Gieco Gecko Fishing Bobber. 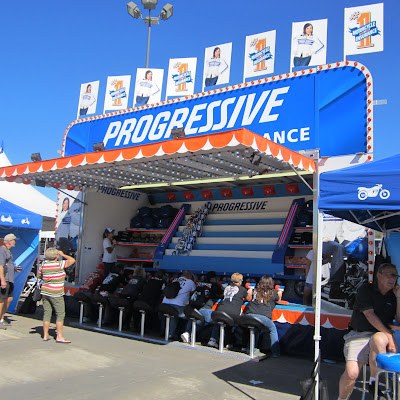 Full on Carnival game provided by Progressive.  We played, but didn't win the prize.  We did get a Progressive Tire Gauge. 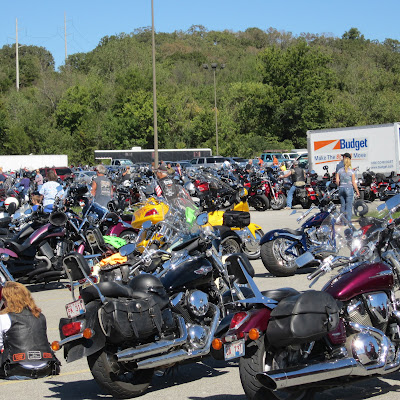 And, there were bikes.  Lots and lots of bikes.  The event has two venues and a train that runs in between the venues.  There are thousands of motorcycles at each venue, motorcycles on every street, corner and business.  They estimated half a million, but no one really knows how many people were here this weekend. 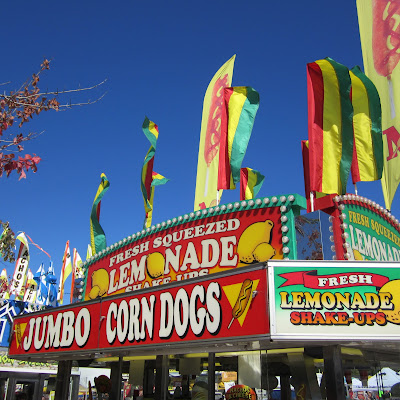 I'm noticing most of the photos that I took make it look like the County Fair.  There's plenty of leather and beer drinking and smoking and music and rowdiness.  But there's also a family atmosphere so there's a hint of Fair-ness. 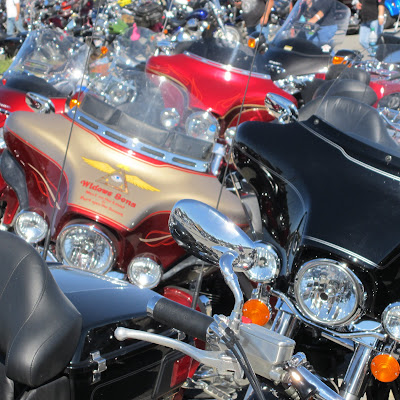 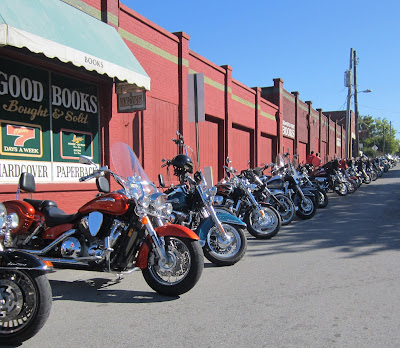 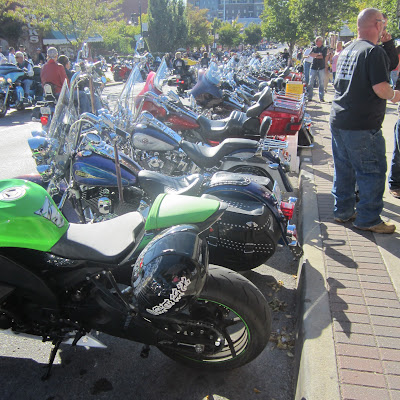 Wait, did I mention the motorcycles? 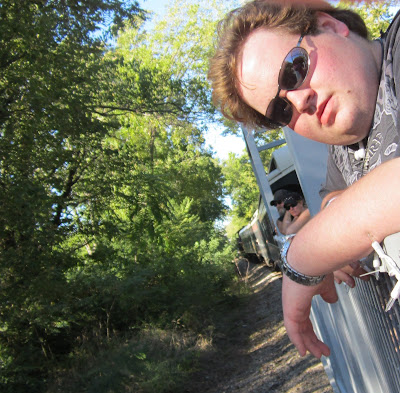 We rode the train from one venue to the other. They had a new open air car that was seriously fun to ride.  The whole train ride only lasts about seven minutes, but in that seven minutes I decided I want to rent the train for a big party.  Dancing and music on the open car - food inside.  Yes, I think it will be fantastic! 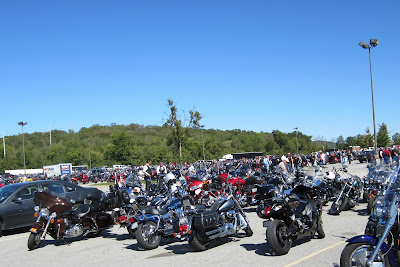 One last shot of the motorcycles.
We love going - it is like being on vacation in your own town.  There are so many interesting people to watch.  I watched a lady in the tightest jeans I have ever seen (and no VPL), long orange fingernails, leopard print shirt, black leather doo-rag, leather boots with four inch heels pick out a teeny t-shirt that said, "My Grandma went to the bike rally and stole this shirt for me".  I suppose she is just a regular gal most of the time, then she goes to the bike rally and lets her hair down!
A lot of the locals hat Bike, Blues and BBQ - It's too loud, the traffic is awful, everything is crowded...yadda, yadda, yadda.  Well, it is loud, but it's only for three days.  The traffic is awful, but you see the most interesting things and people at each corner.  Everything is crowded, but they are pouring money into our local economy, so just be thankful for it. 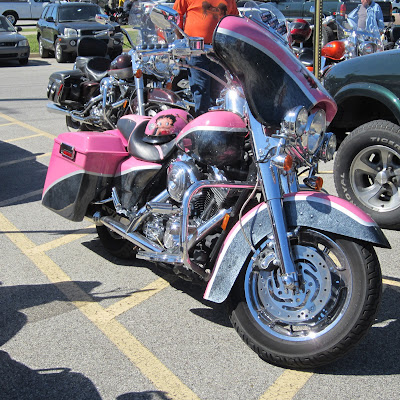 Someday I might even have my very own PINK motorcycle and ride is style!
(Never fear, I did go yard saling this weekend and will share those treasures nest time.  Oh, the suspense........)
Posted by Shara at 10:32 PM