When we were in Kansas, we were lucky enough to be able to visit the Art of the Brick at Mulvane University.  The show is traveling around the world, and just happened to be in Topeka, Kansas of all places.

The artist is Nathan Sawaya and he makes things out of Lego's. Actual life sized art out of regular sized normal Lego's! 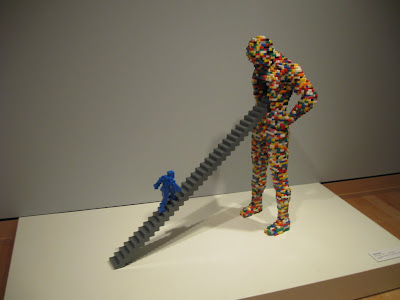 The sculptures were amazing to see. 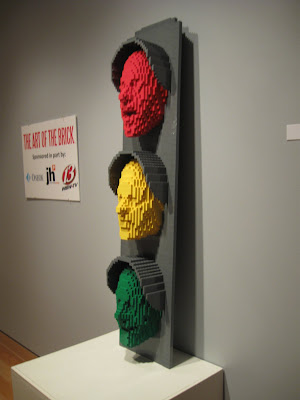 Each one got better as we went from sculpture to sculpture. 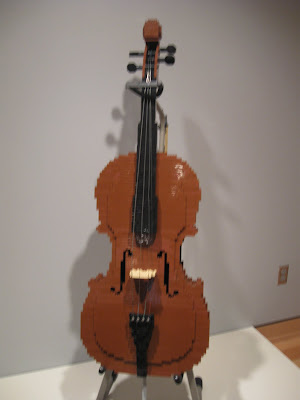 This Cello looked like you could sit and play music on it - perfection. 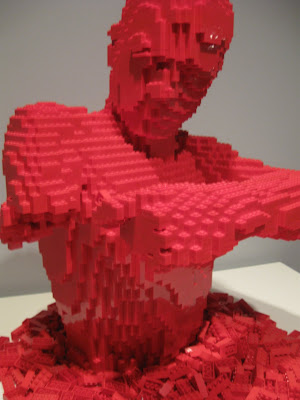 This one was of a man still building himself out of Lego's. 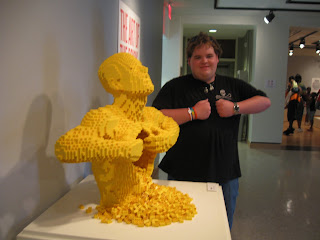 Actual sized Lego person next to The Bean. 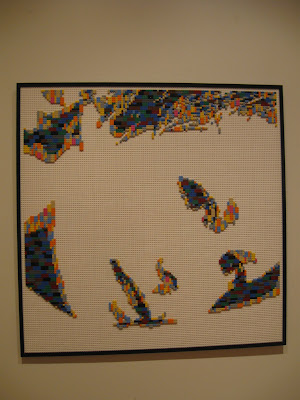 Do you see this?  It was nearly impossible to see it in the gallery, but once I snapped a photo, you could see it was a portrait. 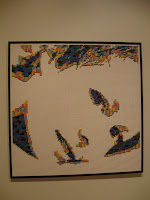 It's easier to see when it's small or you are farther away from it. 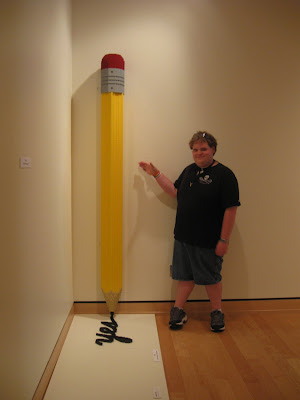 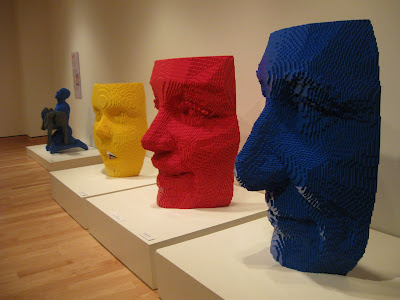 These masks were huge.  Most of the sculptures had the number of bricks in them, but these didn't.  Many hundreds of thousands, I would imagine. 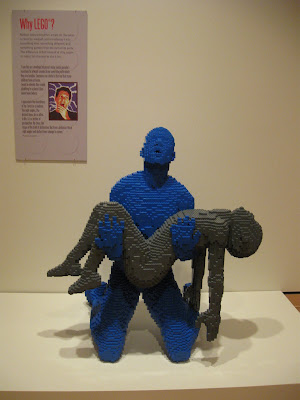 This one was called "My Boy" and it choked me up.  You just forgot they were Lego's after awhile. 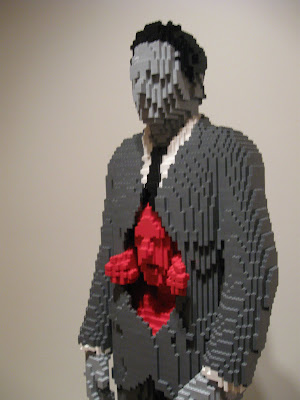 I can't remember what this one was called - but it was so interesting. 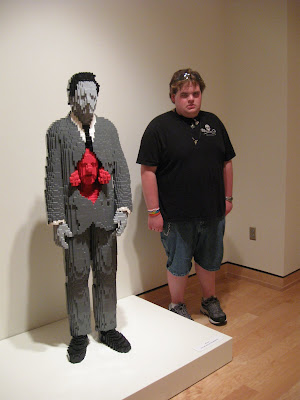 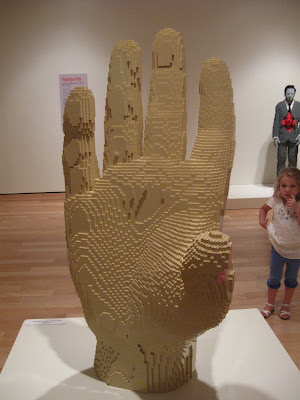 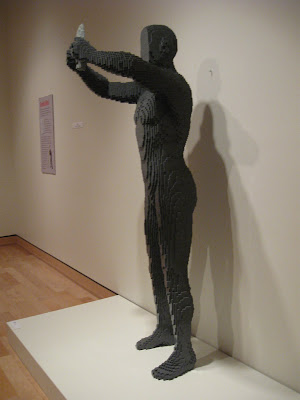 Man holding up his own face. 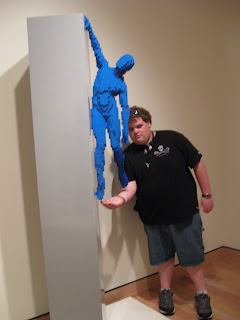 I don't know how this guy was staying on there - he was only attached by a couple Lego's.
The show is currently in Paris, France.....Melbourne, Australia...and...Topeka.  So, if you are close to any of those places - go see this Exhibit.  It is wonderful!
Posted by Shara at 10:49 PM