Thanks for all the crow love on the last post. It's nice enough when you make something and like it, but to hear others like it too - well that's just gravy. Or just gravy on the cake. Or icing on the cake. How's that go? ***I even had a comment from Ki of Junk Camp/Country Home magazine. And that was exciting!***

I decided to decorate my tree in a Mardi Gras theme. It's only for a week, then something new will pop into my head. I didn't want to go buy anything for a new theme and we already had a crapload of green, gold and purple beads for the past parades. So, in true Mardi Gras tradition, I stood across the room and threw the beads on the tree and let them land where they fell. 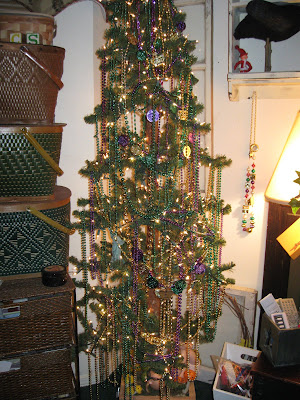 'Scuse the crap under it - I'm in the process of switching out the crafting stuff from Valentine's to Easter/Spring. The craft stuff goes in those picnic baskets on the left. 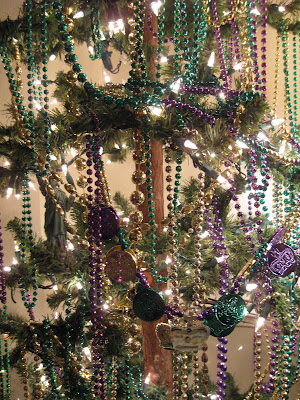 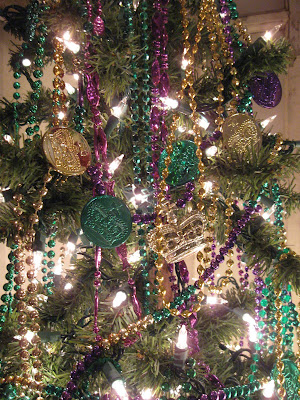 But, at least it looks like a theme tree and not just like I forgot to take down the Christmas tree. 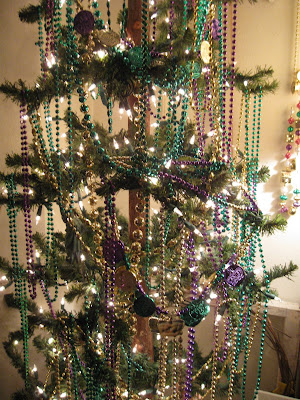 The cats never bother the Christmas tree or any of my decorations. But the rattling beads are driving them crazy. I'm just waiting until I find one of them in it wrestling some beads.


Speaking of the cats. I discovered these two on the bed today - almost touching. None of the cats like each other, let alone cuddle or snuggle with each other. The secret is warm laundry. They all love fresh out of the dryer laundry. 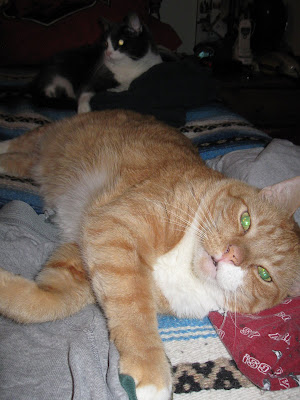 What you can see under Tiger is The Bean's freshly laundered skivies and what you can't see in the back is The Breadman's tidy whities under Little Lady. If you see any of the men in my house scratching their butts next week, play dumb.

I know I will!