Mardi Gras with the monkeybox Krewe

Today was the big Mardi Gras parade on Dickson Street. 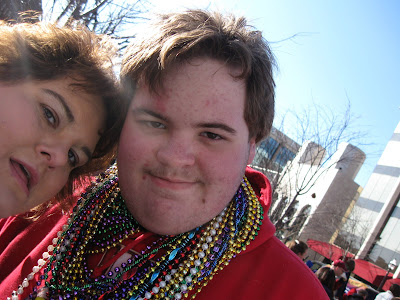 Dickson Street is known around the country as a premiere party spot. They put on one heck of a parade and we always have a blast. It is nothing but fun. We love to watch the people screaming for junky plastic beads. Oh, who am I kidding? We scream too. "Throw me something, Mister!" 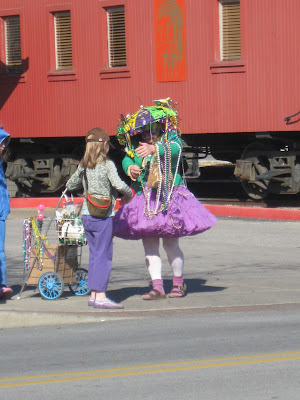 This lady was peddling beads out of her bag lady cart. Hmmm...I have a cart like that...Maybe some extra $$ for Shara next year? I am a pretty snappy dresser. I felt bad people were buying beads when thousands of beads were about to be thrown for FREE. 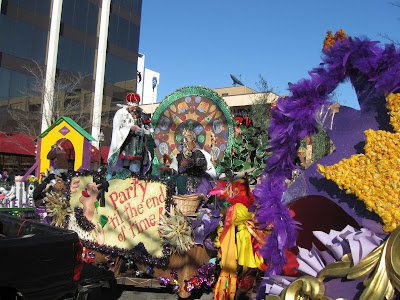 I just love the colors of Mardi Gras and the costumes. It was really cold today, but nice and bright and sunny, so it made for good photos. 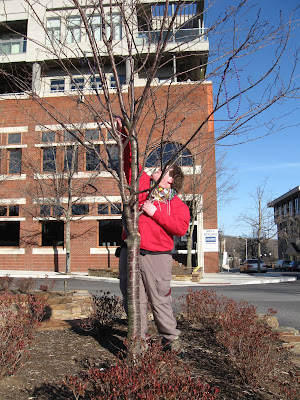 We always notice that there are lots of beads stuck up in the trees after the parade passes by. So, this year, The Bean took it upon himself to extract all that he could reach. I said if anyone asks, we work for the city clean up division. 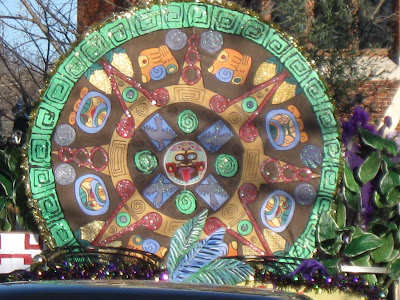 Cool artwork and great colors. It's all so darn festive! 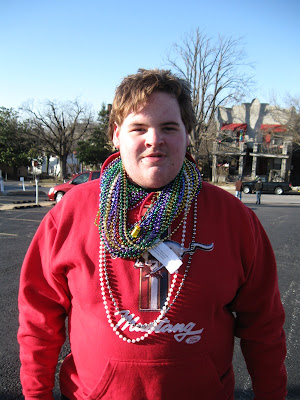 They threw him something! A lot of somethings! 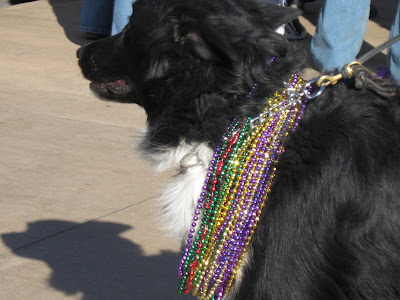 Everyone gets in on the action. This dog was with his owner at the parade. When we were driving down a side street on the way home, we saw a big golden retriever walking down the street. Now, normally, I would stop and find out if he was lost or whatever. But, I felt fairly certain he had an owner because he had a bunch of Mardi Gras beads around his neck. His owner rounded the corner hortly after he did. 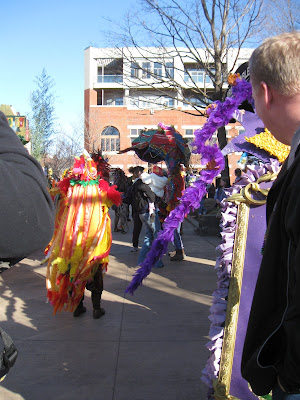 People dancing in the streets. 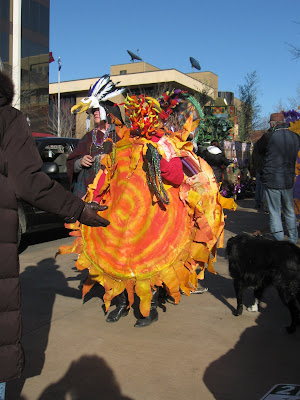 The Eagle dancing with the Sun. Pardon my shadow in the front. 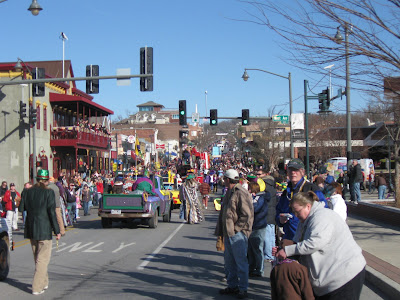 The view up the street as the parade passed us by.

For some reason, this guy absolutely cracked me up. He was at a parade with a pencil stuck behind his ear. I was dying to ask him if he had anything to write with. Little things amuse me. 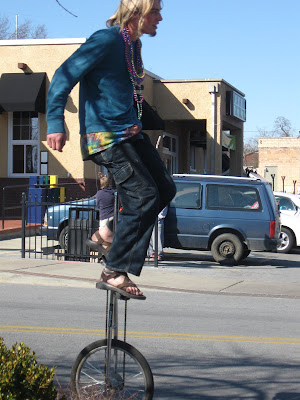 A dude on a unicycle. We were waiting for the parade and this guy rode by. He wasn't in the parade. He was just going from Point A to point B on his unicycle. Dickson Street is a very unique place. Notice the sandals in 31 degree weather. *See that blue van behind him? TEN giant adult people piled out of that thing. It was like a clown car! 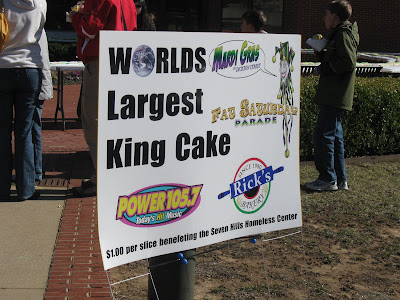 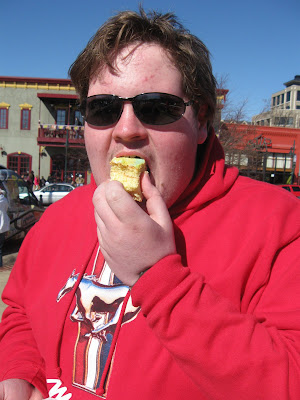 King Cake...Good! No baby in our cake though. 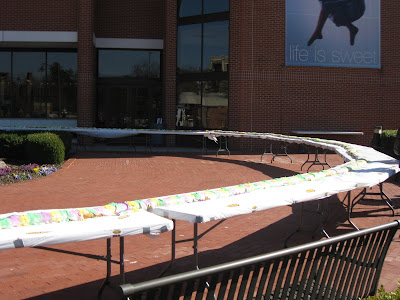 The cake was 240 feet long. A 2" wide slice was $1.00. That meant they were going to make 1,040 slices out of that cake and there wasn't a chance in hell that they would sell 1,040 slices of cake where they were set up. They did this one other year and we stopped by late in the day for our "slice" and it was about a foot long. We meant to go back at the end and see how big the slices where, but we forgot. Instead, we jumped in the car and drove up and around the crowds to a parking lot to where the parade was to end. The parade drove so slowly up Dickson Street, that when we arrived at the second destination, it was just arriving. So, we saw the entire parade twice. We scored a ton more beads, a CD and free cotton candy when it was all over and the vendors were closing down. 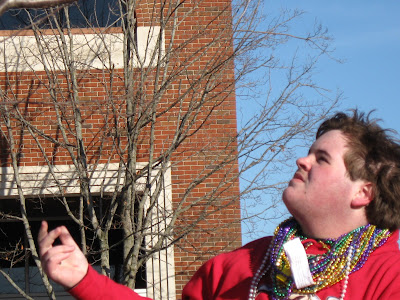