Our House is a Very, Very Fine House

This morning I was drinking my coffee and looking at Craigslist and I saw that there were THREE yard sales in my tiny, tiny town.  And before you knew it, lickety split, I was dressed and on the prowl.  I never found the first one and the second one appeared to be a MANLY sale consisting of camo this and camo that so I didn't even stop.  I was going to just give up and go on out to my beloved Super Cheap Thrift, but I decided to double back and try to find the third sale.  As soon as I spotted the house, I recognized it as my favorite mail clerks Dad's house.  I pulled in and found tables and a trailer full of old stuff.  And it was cheap.  She said, "You should have come yesterday.  We had ten times this much."  Craaaaaap.  Then she told me that she quit the Post Office.  Double crap. She was my girl.  :(  Then she said, "Gather up what you want and just take it.  I'm done."  Uh, whut? So, I rummaged around and found a couple of small boxes of things and begged her to take some money.  She finally said one dollar and I said, "Take two".  That way, no guilt on my part when I sell some of it.  Besides, she was my Post Office girl - she KNOWS I sell junk.  So, now that I have told you all this and have you all in a tither - I don't have any photos YET.  Nothing was spectacular - but just enough stuff to make the middle of the winter NO yard sale doldrums go away.  (I will take photos in the light of day tomorrow.)

When I was done there, I headed on out to The Super Cheap Thrift.  In the past few years, that place has been as busy as Walmart on Christmas Eve - I mean it is PACKED this time of year.  So, I generally don't go as often as I would like to go due to the crowds and the fact that a lot of people are actually in there trying to buy things as presents for their kids.  I try not to take things away from people that need it.  But then again, they probably aren't really on the hunt for one pinecone elf or one one lone spun head.  So, I don't think I am taking Christmas from the children. 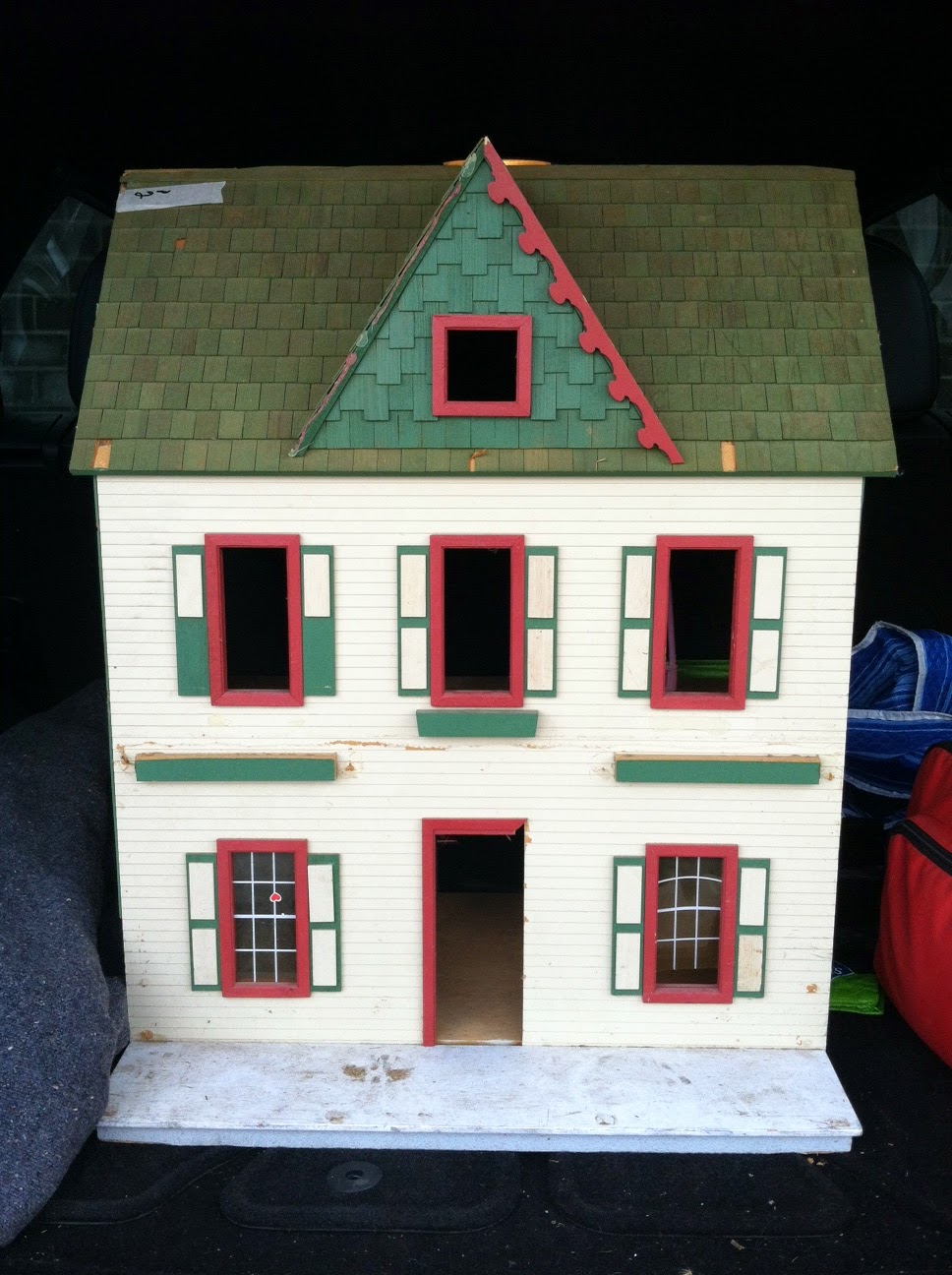 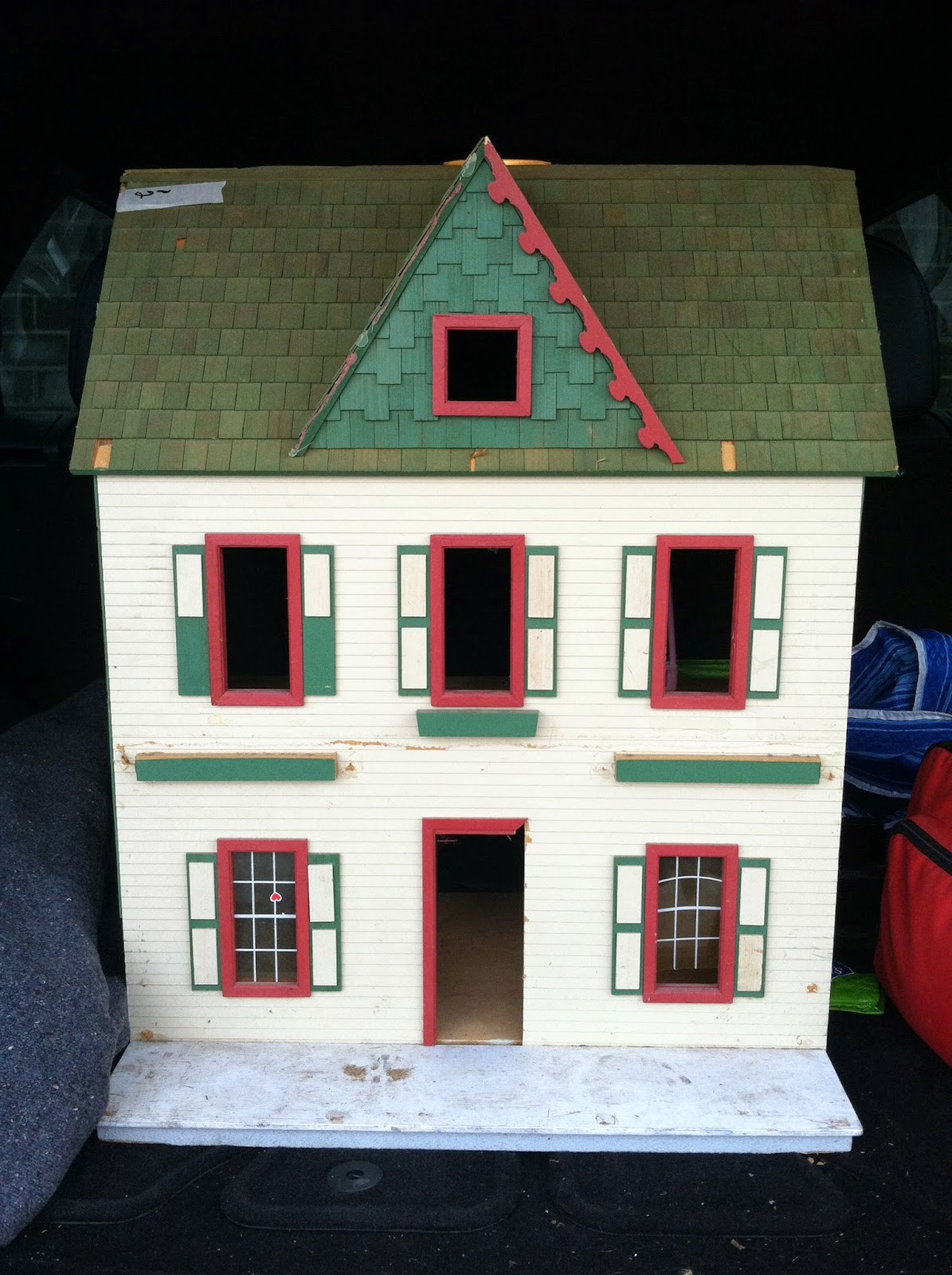 I walked by the toys area and sitting on the floor was this dollhouse.  I could only see the back where it is open, so I walked around to see the front.  that is when I realized it was solid wood and very well made.  Shake shingle roof, wood siding, front porch, etc.  Sure it was missing the door and a couple of window panes, a few pieces of trim and a piece of gingerbread along the roof.  I knew that could all be fixed.  But, could I afford it? 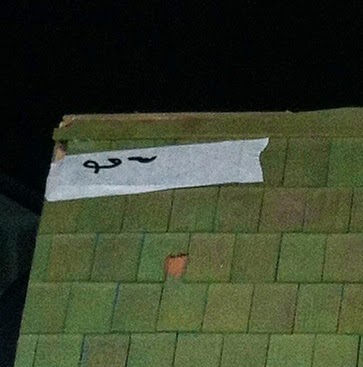 TWO DOLLARS.  Are you KIDDING ME?
Sorry tiny girl that wrote Santa asking for a dollhouse this year.
This old lady is buying it. 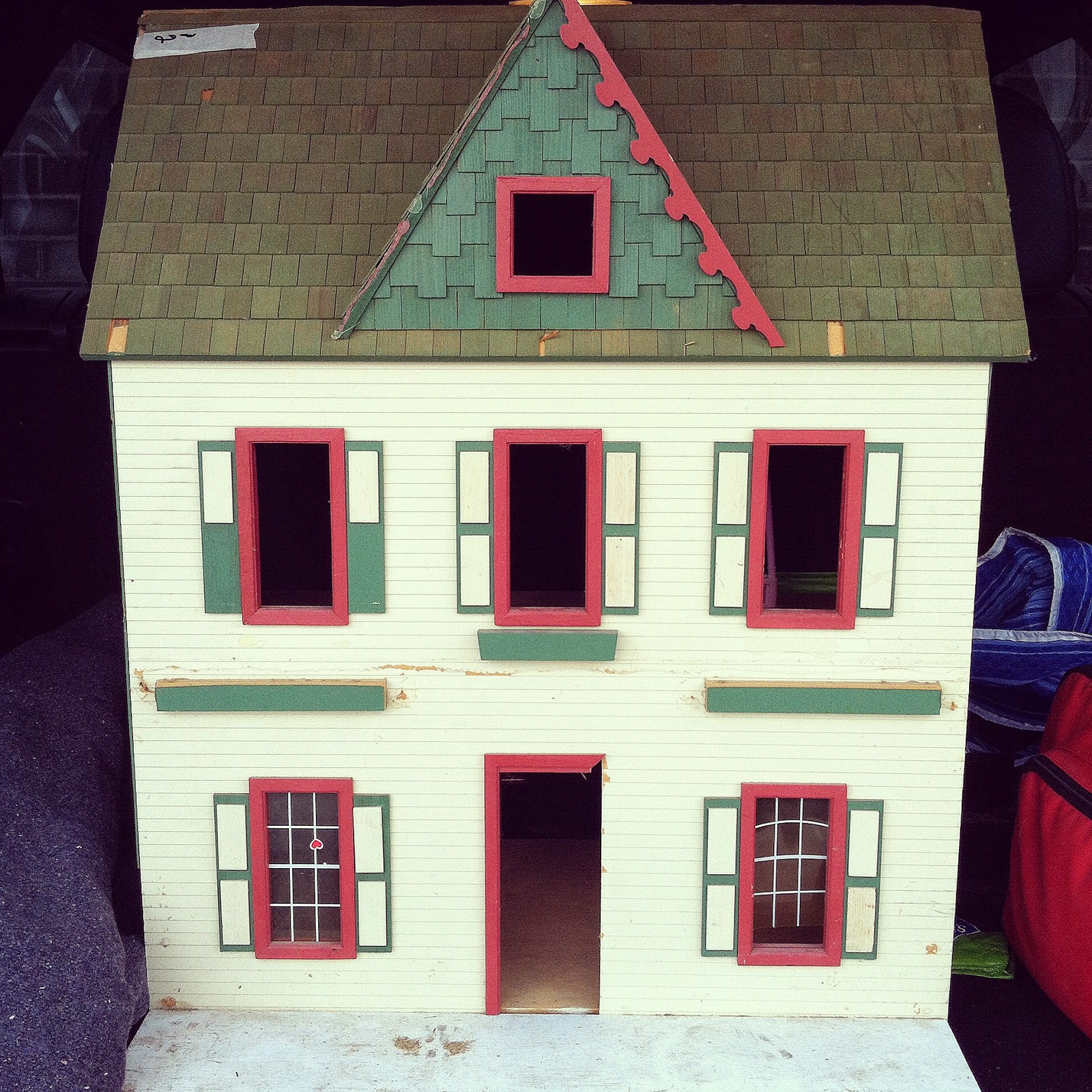 I heaved it up and hauled it to the front counter and parked it by the register with a big SOLD sign on it.  When I paid for it the lady at the register said, with a high squeak, "THEY PRICED THAT TWO DOLLARS?"  Uh yea, be quiet......don't draw attention to it, lady.

From the moment I saw it I envisioned it at The Junk Ranch holding old books and junk and being for sale as well.  Or in the booth up on the top shelf with a nice price on it.  Yep, it was a money maker for sure. 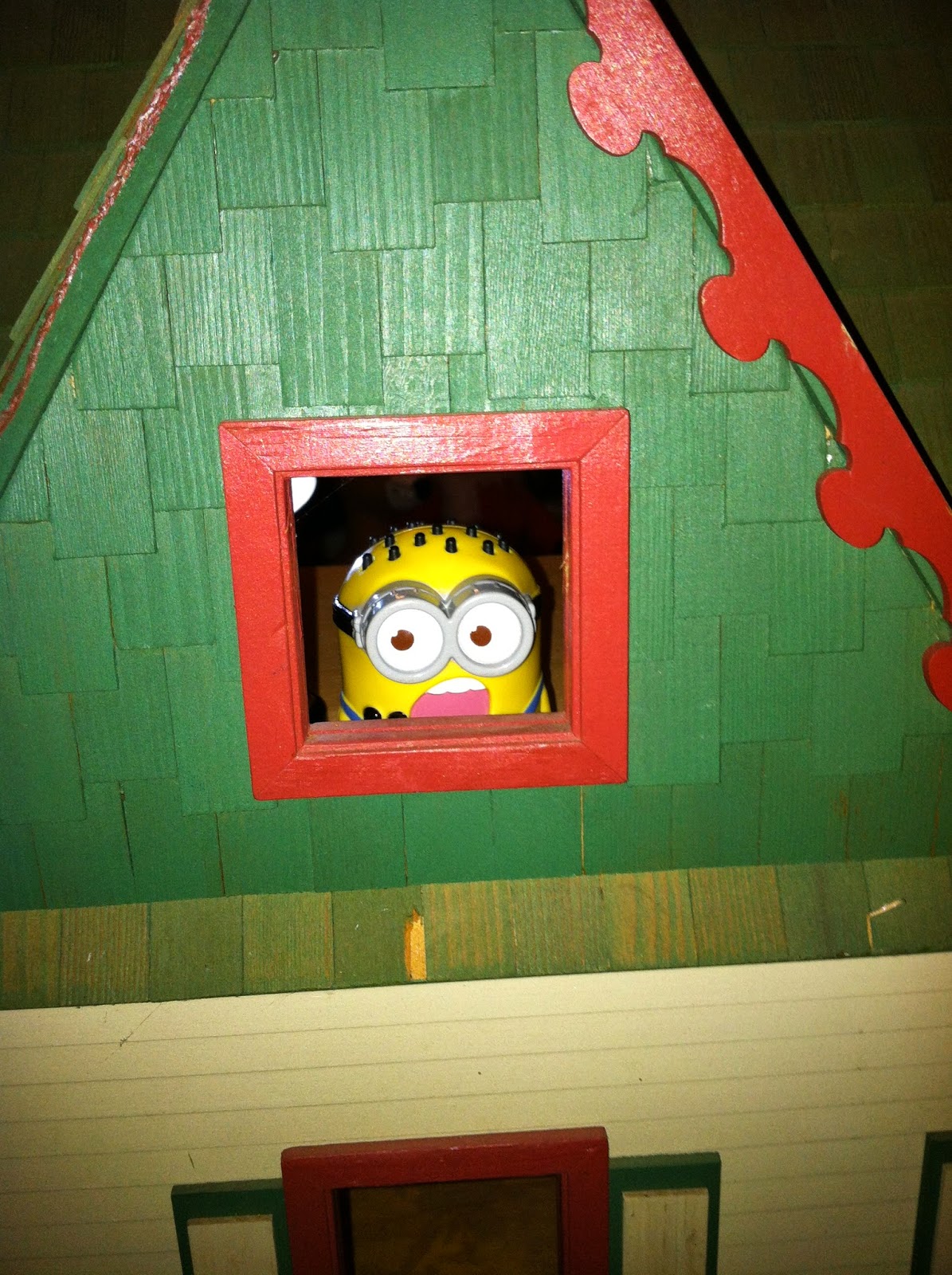 I brought it in the house and our house Minion Kevin took a tour.

I cleaned it up and took it back outside and headed to the shed with it.

BUT WAIT.  Those colors.  It looks sort of Christmas-y! 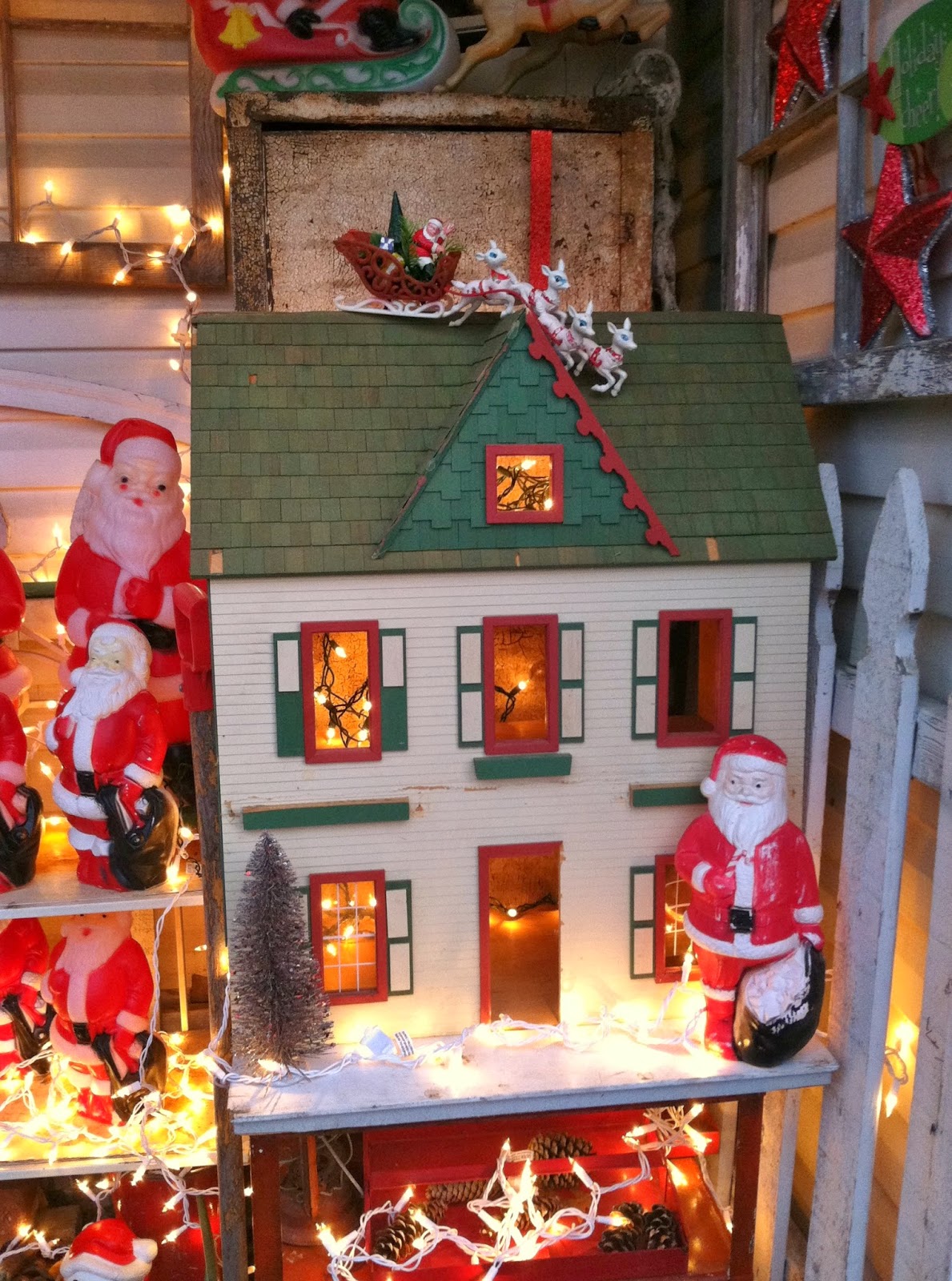 I set it on an old red metal shelf on the porch.  It looked l kind of bare, so I added some lights, a "blow-up" blowmold Santa and a tree.  Then I added Santa and the reindeer on the roof. 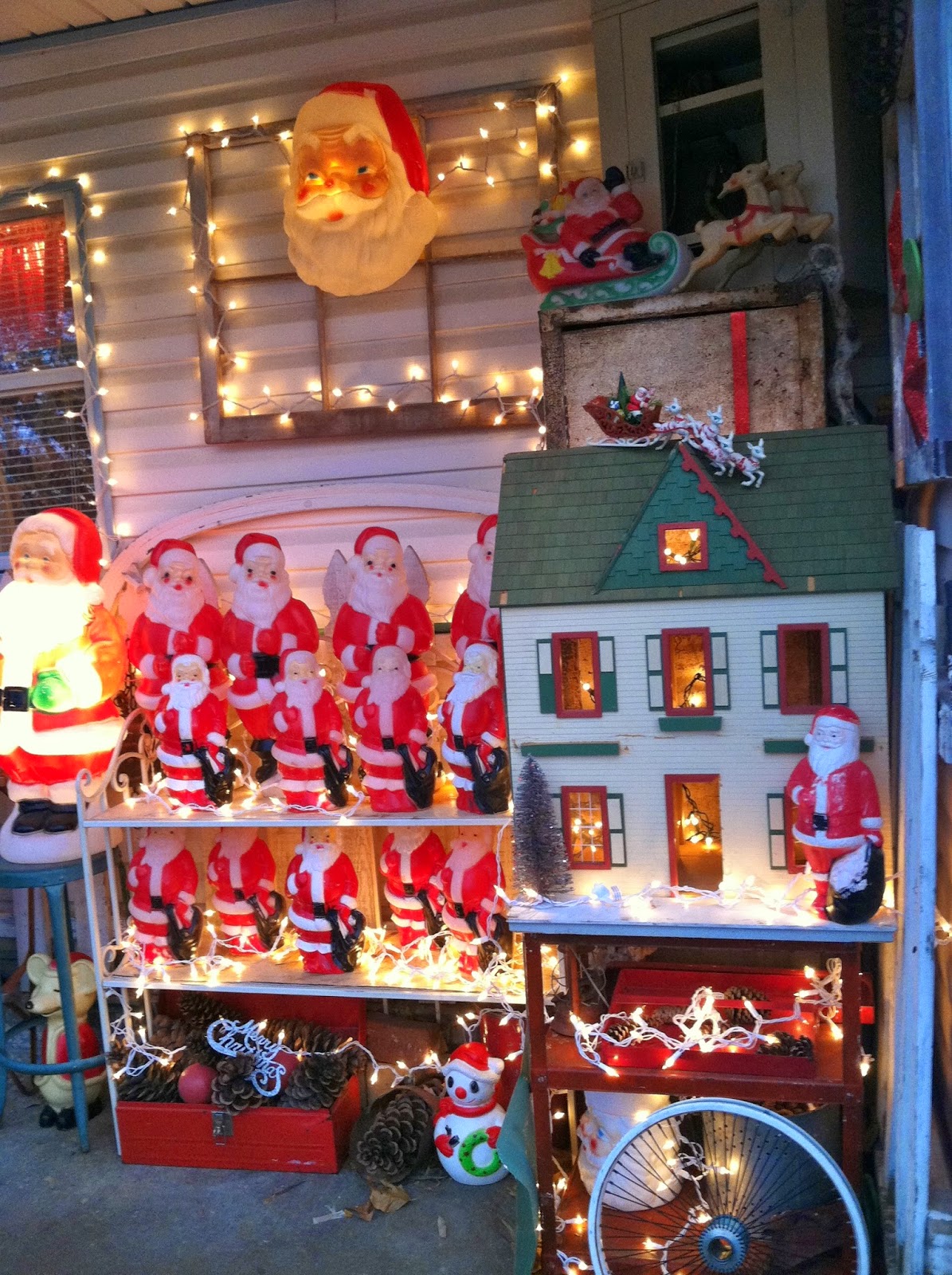 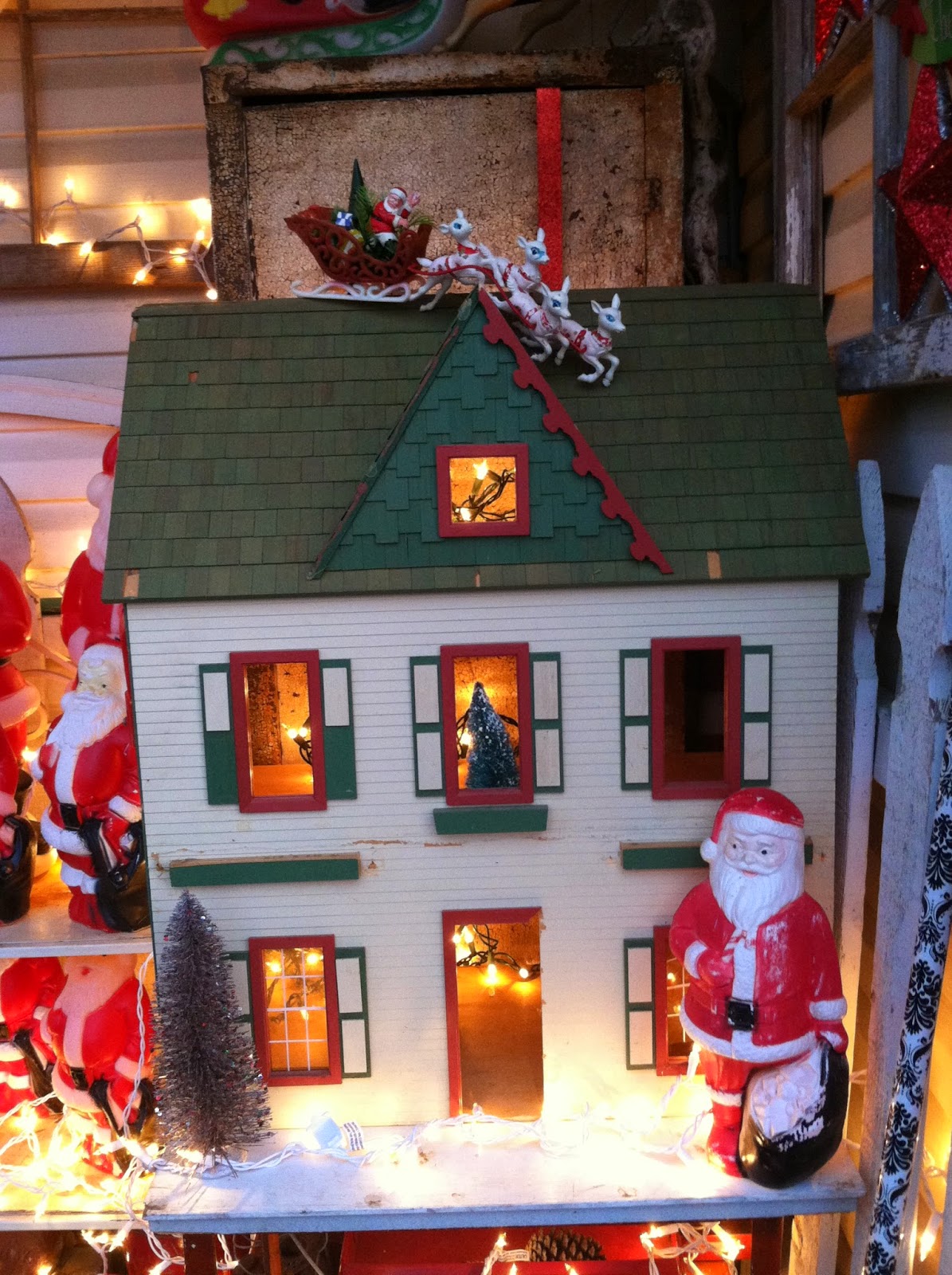 *(Do they still have those vibrating beds in hotels that run on quarters?  That's a fun $2.00.  But, I'd still take this dollhouse over that.  Sorry, Breadman)

Oh look!  I added a tree to the window.  I bet you a doughnut I have lights on the eaves before tomorrow night.  But, I could be wrong. 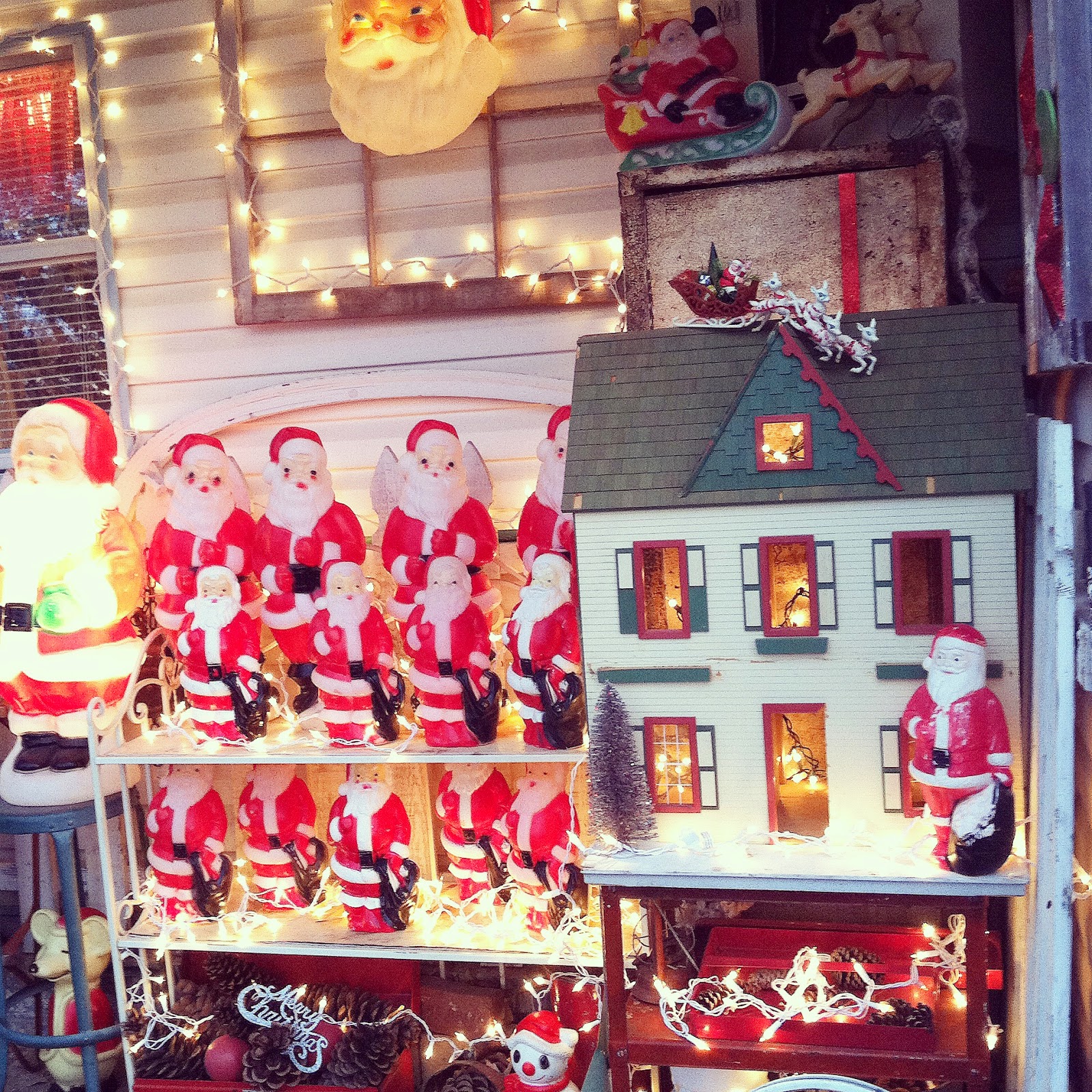