This weekend there were a lot of motorcycles in town.  And, I do mean a LOT.  A couple hundred thousand motorcycles.  I live in a town of less than 5,000, butted up next to a town of about 70,000.  So, throw a couple hundred thousand motorcycles in and you have yourself a bonefide CROWD.  Lots of traffic headaches.  I hate traffic.  Lots of noise.  I hate noise.  Motorcycles - never been on one.  So, do I sound like I hate this weekend of Bikes, Blues, and BBQ?  Well, guess what?  I LOVE it.  It's one of my favorite weekends of the year!  I'm weird like that.  I don't have a bike, I don't like the Blues and I don't eat BBQ.  But, I still like to go.

The rally is held in several different venues to make the traffic congestion not too bad at one big place.  Of course, all those people on on those motorcycles want to go to all of those places, so the traffic is just terrible everywhere.  But, we just love to get right out in the middle of it and see what we can see.  There are the regular run of the mill motorcycles, then there are custom made ones made to seat five or six people and themes like Marvel Comics, Betty Boop or The Grim Reaper. 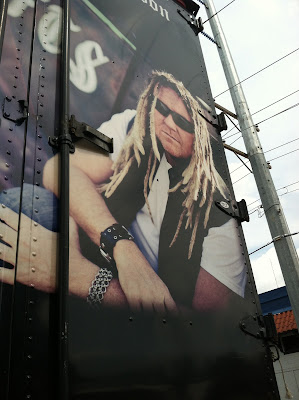 This guy from Full Throttle Saloon was there, but his booth said NO PHOTOS and NO MINORS, so I had to snap a quick photo from across the street. 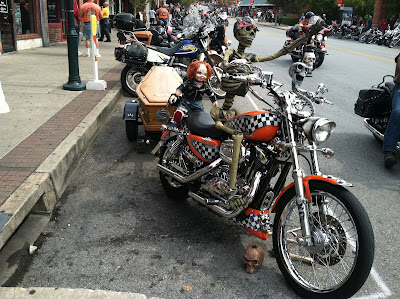 This bike was set up complete with bones under the wheels.  Do you see Chickie and the skeleton riding?  How about the trailer? 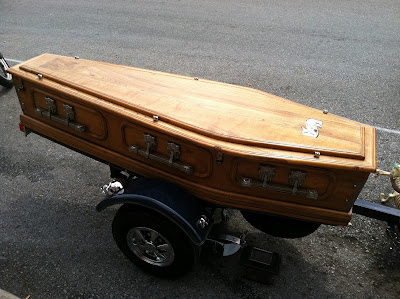 Yep.  It's a coffin.  When I saw it from across the street, I noticed a hand hanging out that side.  Nice. 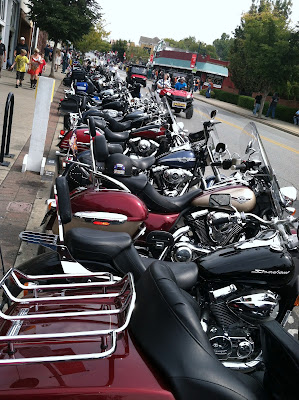 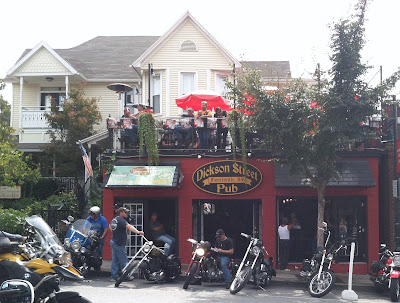 All the bars were packed and it was only 1:00.  I will say this is a family friendly rally, so no drinks on the streets or out of the beer gardens, no trashy dressing or obscenities. 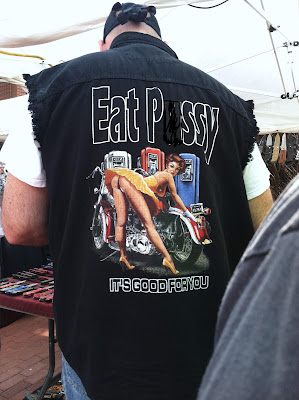 Apparently, this guy didn't get the memo about that which left me feeling awkward standing behind him with my 17 year old son.  AkWaRd. That was the only "bad"thing I saw all weekend, so that's good. 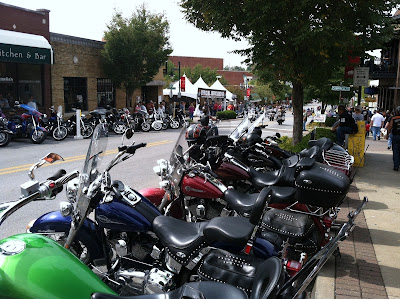 Did I mention the motorcycles? 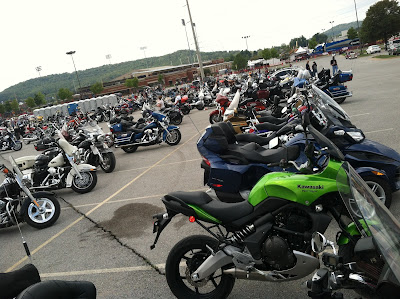 There were a lot of them. 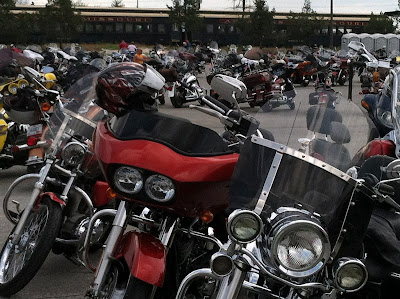 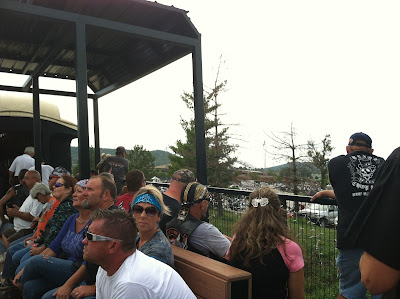 Here's the train - we rode on the open car.  It's great to be outside on a moving train.  Guess how long the ride takes to get from one main venue to the next?  Give up?  Five minutes and five seconds.  But, in all that traffic - it would be at least a thirty minute drive not to mention having to park and pay at each place.  So, at $2.50 each way - it's a bargain.  Plus, it's fun to see your town from the vantage point of a train.  Well, five minutes of your town, anyway. 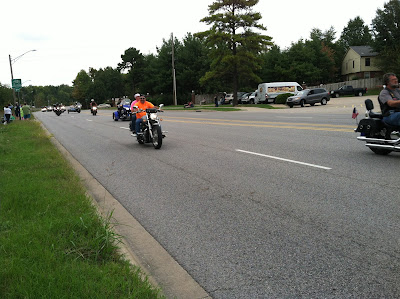 Saturday is the Parade of Power where all the motorcycles line up at the Fairgrounds and go through town at once.  Despite this photo, I assure you it is HUGE and very fun to see.  Constant motorcycles three across at highway speed for thirty straight minutes. 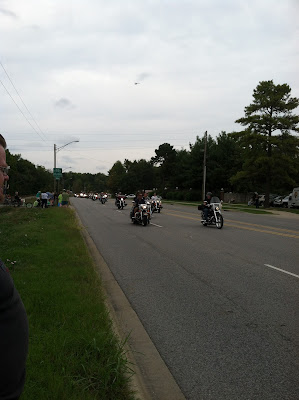 One last attempt to take a photo before I quit and just enjoyed the parade.

A lot of the locals hate BB&Bbq, but  I think it is fun - so much money gets poured into our economy.  People behave, no one gets killed or hurt and only a couple goofs spend the night in jail for drinking too much.  It's fun and I can't wait until next year.