On Sunday, I saw on Facebook that my cousin in KS (Hi Tracy) had gone apple picking.  We always go to the free orchard here, but I thought it was too early for them to be ready this year.  But, heck if the apples are ready in KS, they might be ready in in AR too, so off we went to the Apple Orchard.  We learned a few years back that the only good way to "pick" an apple is to grab a branch and shake the bejeezus out of the tree.  It seems mean, but even the Park Rangers at the Orchard told us that is the way to get the best apples.  When we got there, much to our surprise, the only apples left were at the very tippy top of the trees way beyond my tree shaking reach. 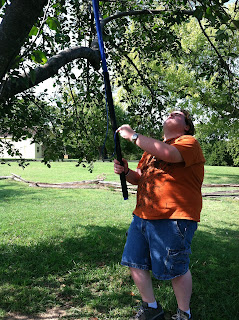 Luckily, we had brought our long tree trimmer with the big hook on it.  We were able to hook the uppermost branches and shake, shake, shake.  You have to SHAKE it, stop and count the bonk, bonk, bonk of the apples while you cover your head. Then you go find the appropriate number of apples for the appropriate number of bonks.  It's not the typical apple picking like you normally picture, but we get the job done. 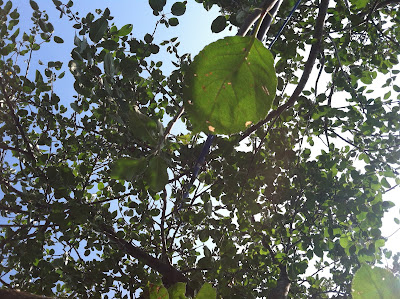 I only managed to get the tree trimmer stuck a few times.  Okay, more than a few. 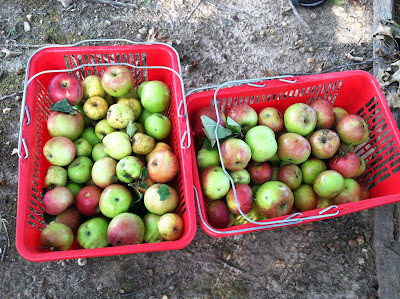 After about an hour, we had all these apples.  For free! 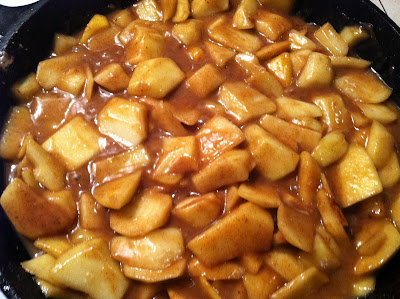 I made Fried Apples like they have a Cracker Barrel.  Except, I looked up the recipe for Cracker Barrel and it called for Bacon Grease.  I don't eat beef, pork or animal fat of any kind, so this really freaked me out.  I know to read the ingredients on most items, but fried apples, really?  I assumed they only had apples, sugar, cinnamon, etc.  Never crossed my, mind the etc. included bacon fat.  My version was just apples, sugar, cinnamon and cornstarch.  It was delish! 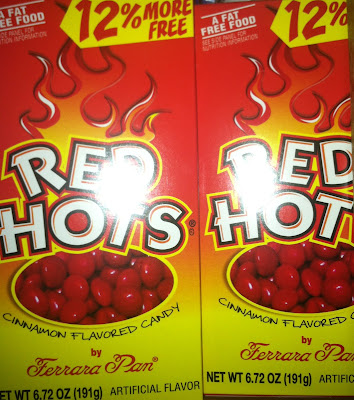 Today I bought Red Hots to make Cinnamon Apples.  My Mom made them when I was little and it is one of my absolute favorites.  Throw the Red Hots in a pot with a small amount of water - like  1/4 cup and let it melt.  Throw in the apples and let them simmer until the Red Hot mixtures gets all thick and syrupy.  Mmmmm. 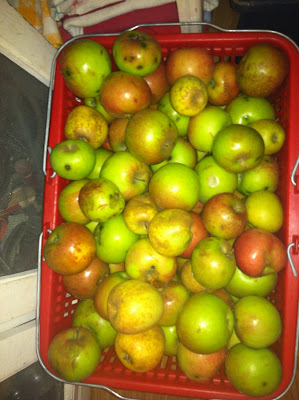 The rest of the apples will be eaten as they are so we can pretend we are healthy. :) But, some will be made into apple bread and frozen.   I also found a recipe for Apple Zucchini Bread which I might try since I overbought Zuchinni at the Farmer's Market last week.

The history of the apple orchard is an interesting one.  Although, not for the weak of heart.  It is located in the heart of the Prairie Grove Civil War Battlefield.  The orchard was located behind the Borden House in 1862.  One of the most deadliest battles took place at the Borden House and below it.  Nearly 250 men fell in that battle in the Orchard.  Their bodies were buried there temporarily until they could be moved to the Confederate Cemetery in Fayetteville.  The orchard was replanted long down the road and is now part of the Battlefield Park.  The apples are free to the public and it is a nice little small town hidden secret.  If you are interested in more, here's the whole story:  Borden House Apple Orchard.  Every Halloween we go to the haunted Battlefield Tour which is a recreation of the scary real life things that happened out there during the Civil War.  There are dying screaming soldiers lying under the apple trees, a medical tent set up with bone saws and amputees and women with lanterns out walking in the night screaming for their husbands and sons.  It is scary, but not in a Halloween scare way - it was real life and it was horrifying.  Thank goodness we did not live back then.

**Another thanks for all the great letters and postcards we have been receiving.  We've gotten letters from California to New York, from Georgia to Michigan and from London and Canada too.  Thank you to all you kind people!  More on this later!