Everyone knows that Bill Clinton is from Arkansas.  But, what you might not  know is that he and Hillary got married at a house they owned right here in Fayetteville, Arkansas.  He was a Law Professor at the University and their little house was only a block away from the University.  We drive past the Clinton House Museum a few times a week, but we had never been there.  But, today is Bill Clinton's 65th birthday, so in honor of that, the Clinton House Museum had free admission.  You know me - If it's FREE, then it's for ME!  Wheeee! 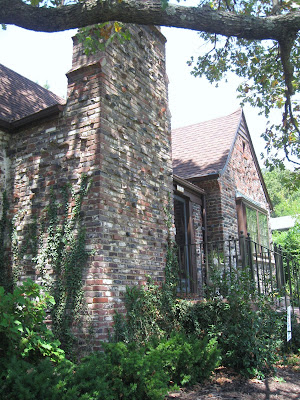 It's a really neat old house with lots of interesting architectural accents and character. 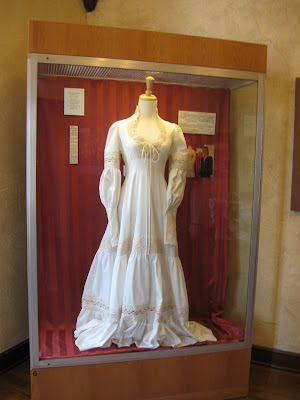 This is a replica of the dress that Hillary wore on their wedding day.  They got married in the living room and this where this dress is showcased. 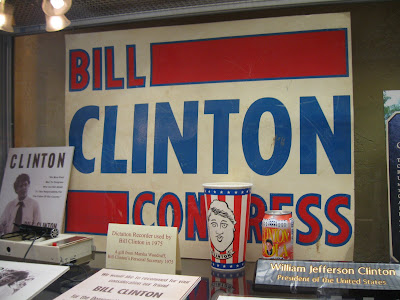 There is lots of fun old ephemera from his days from Congress to Governor to President.  When I was a kid, we always went to the Rodeo of the Ozarks Parade in Springdale.  We would sit in front of the Grandstands in front of the Chamber of Commerce.  As the parade passed by, the dignitaries would leave their cars and come sit in the Grandstands.  We always sat on the corner, right where everyone stepped out of their cars.  Bill Clinton was there a lot throughout his career and always shook our hands as he made his way to the Grandstands. 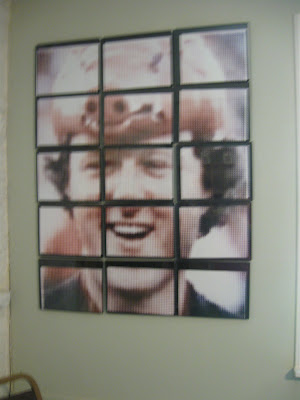 This was a neat piece of artwork all made out of enlarged pixels.  Here he is wearing a Hog hat - the sign of a true Razorback fan.  This is how I always remember him looking when we saw him at the parades.  Well, he wasn't wearing the hog hat, of course.  But, he had all that curly hair and was kind of cute.  My Mom had a HUGE crush on him!  :D 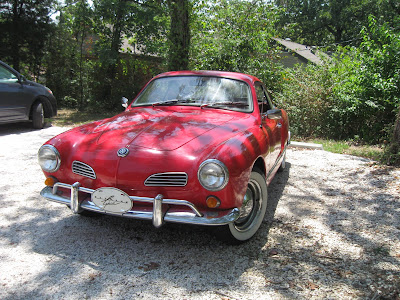 Bill had a little Karmann Ghia back in the 1970's that he would drive around town.  He was good friends with Don Tyson, who had a lake house up the road from our house and he would often drive out for the weekend.  It wasn't uncommon for him to drive past our house and toot the horn at us if we were outside.  Times changed and he would arrive in a limo or black car until finally there was an entire motorcade involved.  After he became President, he would still go out to the Lake house for visits.  My dad still lives out there and the Secret Service would often come to the door and ask him to move his car further up into the driveway and remind him not to carry any weapons or alcohol around needlessly.  (As if my Dad walked around with an SKS and a bottle of Jack Daniels on a regular basis). 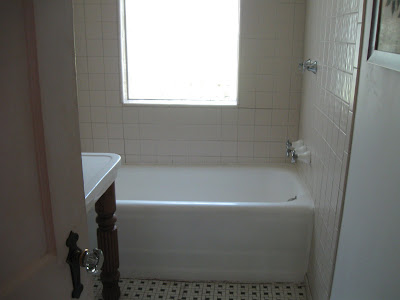 (Yes, you are looking at Bill Clinton's actual bath tub.  Your day is now complete.) 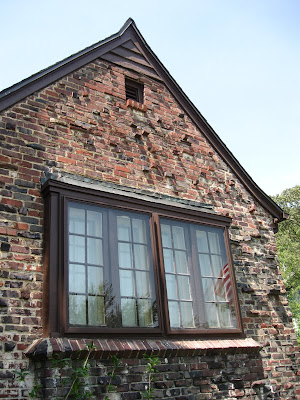 One more Bill Clinton story.  When he was the President and visiting the area, The Breadman and I went to see him leave at the airport that was a block from our little house.  Back then, you could just line up to watch and there wasn't much security involved except for a line of Secret Servicemen lined up with holsters and sunglasses on eyeing each person in the crowd.  As we lined up, the Clinton's arrived in their Presidential Motorcade (which was promptly driven onto Air Force One  - which makes sense, but I had never thought about how the car gets to each place!) and Bill made his way up to to the people waiting. 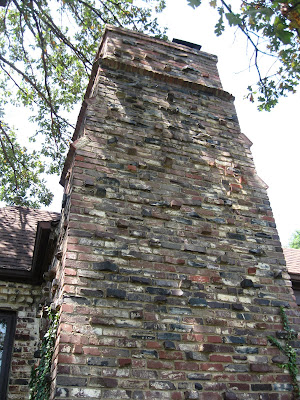 He walked along the line of people, shaking each person's hand and greeting the people he knew personally.  He went down the line, very systematically shaking each persons hand and making eye contact.  I was three people back in line, but I had my arm stuck out to shake his hand. But, somehow he missed my hand and continued up the line.  He got about two people up and continued to shake hands and scan the crowd.  As he glanced back, he made eye contact with me and stepped back to shake my hand.  I thought it was impressive that he was making eye contact with everyone and actually realized that he had missed someone.  My Mom's theory of him spotting a twenty-something brown eyed girl in the crowd was less than flattering (for him). 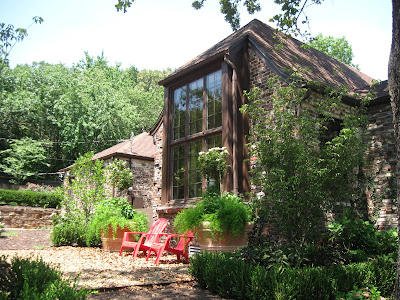 So, those are all my Bill Clinton stories.  It was interesting to see the house and all the things inside.  It was especially nice since it was FREE today. 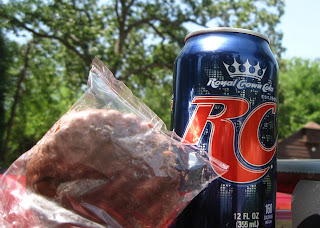 And, to top it all off, for Bill's birthday, we all walked out with an RC Cola and a Moon Pie.
Happy Birthday, Bill!
*Have you ever met a President?
Posted by Shara at 10:48 PM

Email ThisBlogThis!Share to TwitterShare to FacebookShare to Pinterest
Labels: journeys