It's that time of year again - time for my YEAR IN REVIEW.  I do this more for myself, so it might not be that interesting to anyone else.  But, here we go! 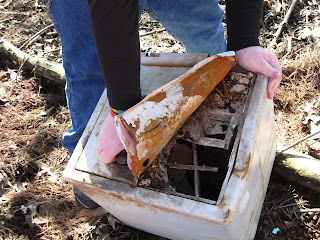 January brought the lake to record high levels and things were floating up from the bottom.  On my Dad's birthday we went scavenging along the shores to see what we could find.  Little did we ever imagine we would find a SAFE! 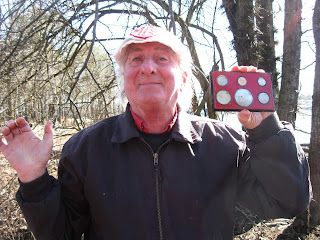 And in it - MONEY!  A junkers DREAM!  Of course, we handed it all over to the proper authorities.  But, still!  We found a safe and money! 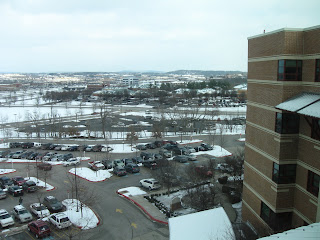 February:  My Grandmothers health started to decline in February and she was rushed to the hospital with a bleeding ulcer.  She spent three days in the hospital and then two months in a Rehab hospital before retuning back home to round the clock care.  It was because of this that my entire year was consumed by taking care of, shopping for, cleaning up after and stressing about my Grandmother. 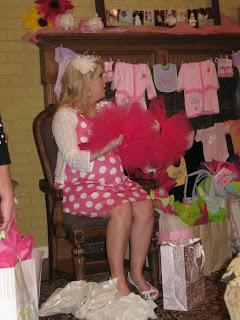 March brought a baby shower for the little girl that I used to babysit.  I was only twelve years old when I started taking care of her and her sweet brother.  Her Baby Shower was a beautiful Spring day and everyone wore skirts and sandals. 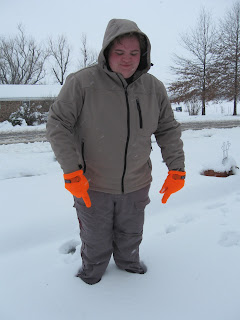 Two days alter we had 17" of snow!  It came and went within about 36 hours, but it was fun while it lasted. April was my first Swap Meet.  We saw and bought a lot of cool junk. 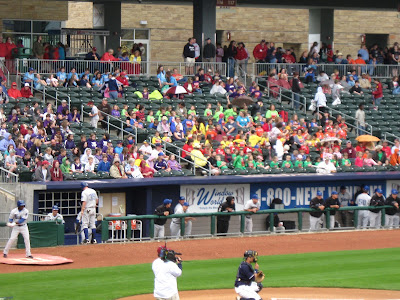 May took us to a Minor League Baseball game with every.single. Elementary School child in a fifty mile radius.  A huge storm blew in and we were all forced to take cover under the awnings.  It was the loudest place I have ever been and I have been to a Molly Hatchet concert and to the front lines at a National Guard Bombing Maneuver.   L-O-U-D, I tell you.  Loud. 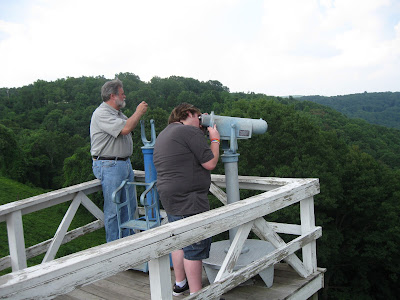 May also brought a family member in from Arizona for a visit.  We took him up on the mountains to see Greenery.  A rare treat after living in the Desert for all these years. 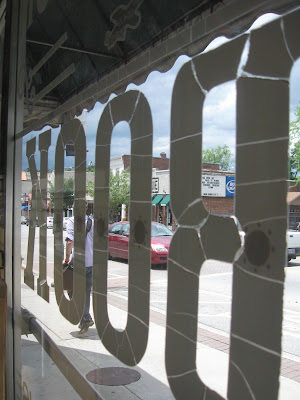 June we visited the famous Dickson Street bookstore.  The Bean fell in love with the place.  There is nothing in the world that he loves more than books.  ('Cept maybe his Mama). 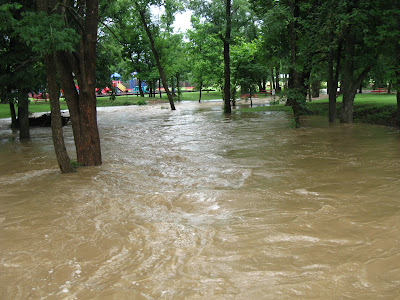 July brought RAIN.  A lot of rain in only a few hours.  It was a little cloudy when we left to go to the Grocery Store.  By the time we were checking out, The Breadman was calling to say that the roads were closed and to stay off the highway.  We waited it out, then drove home two miles in traffic that took nearly an hour to navigate.  This photo is the City Park at the end of the street.  The creek is normally about 6 feet wide at this point. 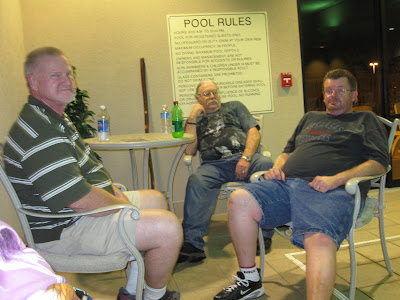 August brought family members from Kansas in to see my Grandmother.  They were here one weekend, bringing her fried chicken from KFC (her favorite) and showing her photos of the grandkids.  No one would have guessed that she would die the very next weekend.  Or that The Breadman's Grandmother would die five days after that.  Both of their obituaries were in the same newspaper.  Now, that was hard to handle. 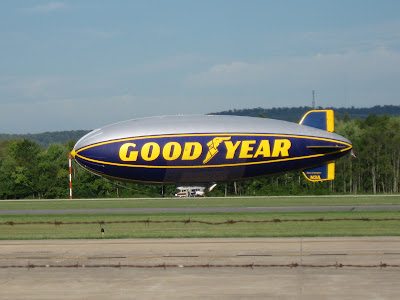 In September, the Godyear Blimp hovered over our house.  We followed it to the Airport to see it up close. 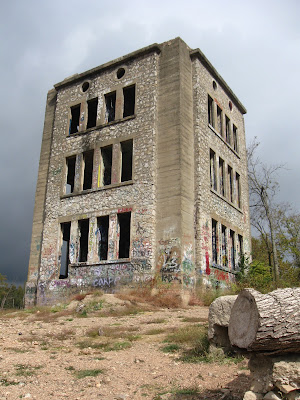 In October we went to see the Historic Monte Ne Hotel that was all the rage back in the early 1900's.  It's been overtaken my Graffiti and trash, but still has a unique feel to it. 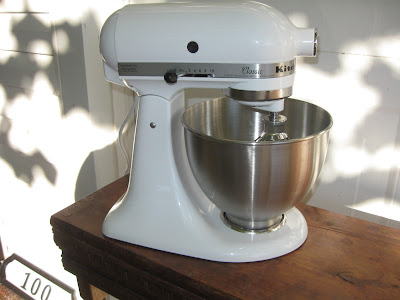 November brought my bee-u-ti-full Kitchen Aid mixer into my life for a mere $18.00.  Thank you Lowe's and Facebook! 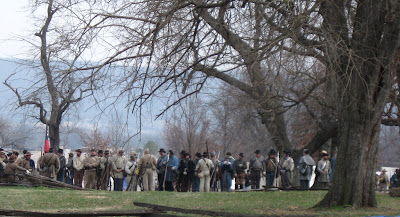 December took us to the Civil War Re-Enactment on a very windy and cold, cold day.
2009 brought the huge ice storm to NW Arkansas that still effects the beauty of our area.  Also, an emergency surgery for me in June.  I bid 2009 farewell and said 2010 had to be better.
2010 laughed in my face:  My Grandmother died, The Breadman's Grandmother died five days later and I lost two special Aunts too.  Money was tight, the economy sucked.
So, I will NOT tempt fate!  I will ask that 2011 be kind.  Thank you.
Happier days and good junk to all!
Posted by Shara at 10:31 AM