This morning, I made the coffee and then I got the newspaper. Just like every day. I opened up the paper to the obituaries - just like every day. But, today I saw a name that made me cry out in pain and disbelief.
When I was in the 7th grade, I had just turned 12. My Math teacher, who happened to live near me, came to me one day and told me that his neighbors were looking for a babysitter and that he had recommended me. They had asked him if he had any responsible 13 year old students and he said, "No, but he had a very responsible 12 year old student." The next day they came to visit with me and my parents to see if I was indeed very responsible and if I was interested in babysitting. I was very excited to try my hand at babysitting, so we agreed that I could try it. 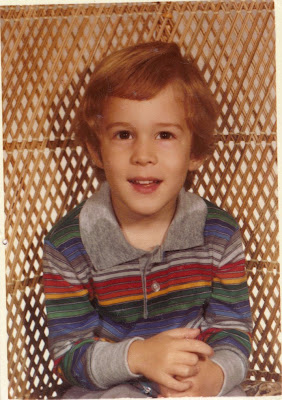 They had a son, Mason. He was a little over a year old when I first started taking care of him. He was a sweet boy and had an infectious giggle. We would play and laugh and have fun while I babysat. I always read to him at bedtime. I babysat him on a pretty reguylar basis of every Saturday night for about a year and then the phone calls stopped. I was worried that I had done something wrong. Worried that they didn't like me anymore. I rode my bike up to the house one day, just on a ride, but secretely hoping to see my little Mason. I saw the Mom in the yard and son discovered why she hadn't been going out. She was very pregnant! 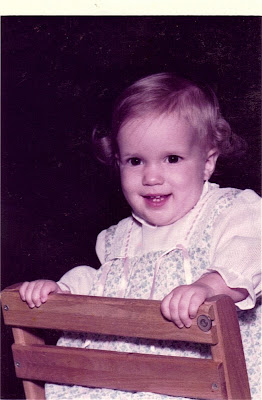 After the baby was born I started babysiting again. In fact, Megan was only 2 weeks old the first time I babysat for her. I was a nervous wreck! Mason was my helper and helped me take care of his baby sister. He knew where the bottles were, how to heat them and where the diapers went after I changed her. He was such a proud big brother!

I continued to babysit for them at that house until I was bout sixteen. I always took a craft for us to do - they always looked forward to making Mommy a present. When the parents got a divorce, the Mom and kids moved to town. Since I was driving then, I continued to babysit for them. The Mom and I came to be friends as she moved though a difficult time with the divorce and the reality of needing to find a career and pay the bills on her own. Not only did I babysit the kids, but I loved to stay and visit with her. She was my friend. 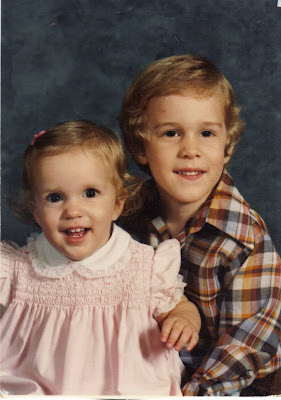 One day she called me to babysit because she had a date with a man from chruch. He had called her and asked her out on a date. She was nervous because she thought she knew which man it was, but she wasn't sure. I told her that when he showed up to scratch her eyebrow if it was him. When she answered the door, she scratched her eyebrow and told me "Take care of the kids!"

They ended up getting married. I stayed with my two kids and their new stepbrother for a week while they went on their honeymoon. I was a full time Mom for a week and I loved it. I planned things for us to do after school, meals, activities and all sorts of fun. I was sad when it ended. Tired, but sad.
Not too long after that, the kids were getting to be about the age I was when I started babysitting so they didn't need me much anymore. We still kept in touch though. I was invited to High School Graduation for both of my kids and later to the wedding of my beloved little girl. She is a doctor now and I am so proud of her. Mason was always infactuated with airplanes and became a pilot. When The Breadman and I got married, their gift to us was the use of their vacation home for our honeymoon. The whole family considered me to be a part of their family too.
Which brings me back to this morning. My sweet Mason died. And, I had no idea why. He was like family to me, so to just see his name in the Obituaries stunned me. I honestly could not believe my eyes for a long time. I just stared at it and then I realized my tears were falling on the newspaper. I feel like a piece of me is gone. The last time I saw him was at his sister's wedding. As I walked past him on the way out of the reception, I saw he was drinking a beer. "Mason, You are too little to drink beer!", I said. "Shara, I am a grown man now," he said. "You will always be five to me," I said. He laughed. But, it is true. I have difficulities realizing that he was 29. I see him as the little guy that liked to sit on my lap while he chewed on the collar of his shirt. My heart hurts.
I found another obituary online tonight. Apparently he had been in a serious car accident several years ago that I never knew about. He had brain bleeding and a deep hematoma that surgery could not heal. It was too serious to heal on it's own. He died suddenly and peacefully in his sleep Sunday at the home of his Mother. Friday afternoon I wil go to a Memorial Service in his honor. I will see his sister; my baby girl; the doctor. I will see his Mother, my friend. How can I look in her eyes and tell her what he meant to me? I hope she already knows.
Posted by Shara at 9:47 PM