I got to do a little junking today. Not a lot, but enough. There was an Estate Sale in the newspaper this morning. It was one of those Estate Company ran sales, so I knew prices would be high. But, those sales are often held in very nice homes and it is a good way to get a free house tour and look at some junk too. So, off we went.

The sale was on "Country Club Hill," so I expected fancy-schmancy. But, instead, it was a modest home, so the prices weren't as high as I had expected. The dining room was full of vintage children's clothes from the 1940's and 50's. Such cute little vintage baby clothes, bags of shoes and booties, little comical socks and so on. There was also a rack of kimonos in both adult and children's sizes - all vintage. I wanted to scoop up those kimonos and bring them home, but they were about $20.00 each, so I just looked at them and went on my way.
On the counter in the kitchen there was a large amount of canned goods, foodstuff and spices. A sign said, "Everything 25¢ - Consume at own risk". I wouldn't dream of buying food at an Estate Sale, (But other people were gathering it up like crazy) but I did snag this cool Paraffin Wax box for 25¢. 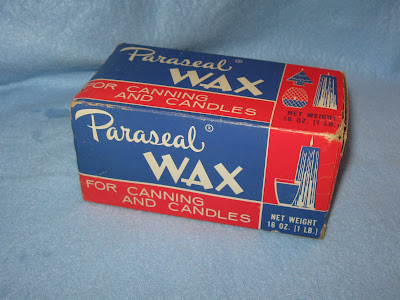 Next stop was the garage. I spotted several boxes of older Shiny Brites, but they were just the basic colors priced at $2.00 a box, so I passed on those. There were a lot of old books. some outdoor furniture, tools and miscellaneous items in the garage. On my second trip through the garage, The Bean asked me what there were: 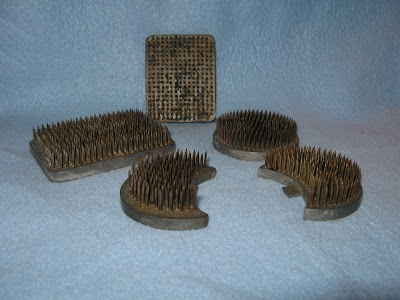 Oh! Old flower frogs. I have been coveting these on a few blogs - great for displaying old greeting cards and post cards. They weren't priced, but I decided to take a chance and take them all in to see how much they should have been priced. When I asked the lady, she started giving me the song and dance about how old those are and how hard they are to find and I figured a big price tag was coming. But, then she said, "But since you carried them in here and they are heavy (they are!) and they are sharp and dangerous - how about $5.00 for all of them?" That was only a buck a piece and a pretty fair deal, I thought. Plus, I had been wanting ONE and now I have FIVE.

Another trip through the kitchen and I found boxes and boxes of cookbooks. It was funny - the Taste of Home cookbooks and Southern Living newer cookbooks were all $5-10 each. But, the cool old Betty Crocker books were only 50¢ each. 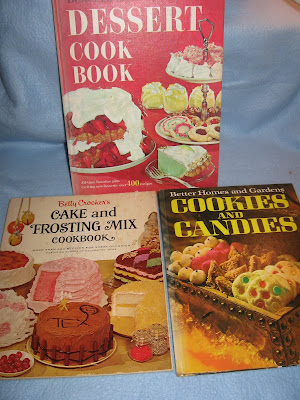 I picked out these three to leaf through, then sell or pass on. The rest were all casserole-y and meat-y cookbooks, so I left them behind.

When we left, I spotted a pile of rocks on the porch. I have always been a rock hound and The Bean loves rocks too. I don't know if you have ever purposely purchased a rock or a piece of quartz crystal, but they can get very expensive. 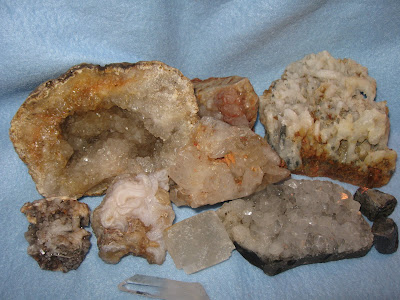 I went back in and asked if they were sale and she said she had hoped someone would want them - so $5.00 for all of them. $5.00 seemed to be the magic price of the day. 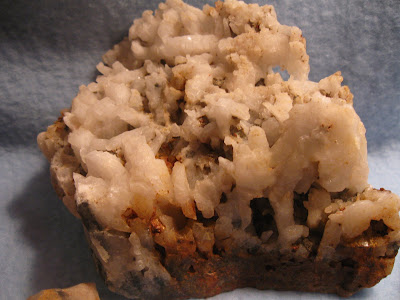 This is a nice piece of quartz crystals - smaller crystals which are unusual. 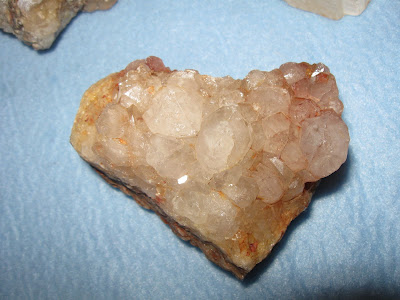 Another piece of quartz crystals. This looks like a heart in the picture, but it doesn't when I hold it in my hand. Hmmmm. This one has larger crystals. 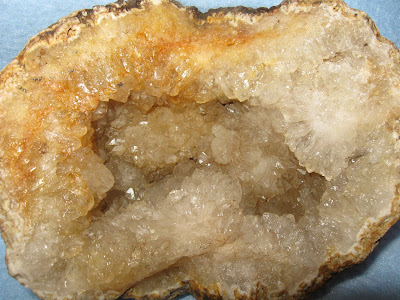 This is a very large Geode - about 8" across with really nice crystals inside. Geodes can be pricey too. This one is broken open, which I prefer, and not sliced. 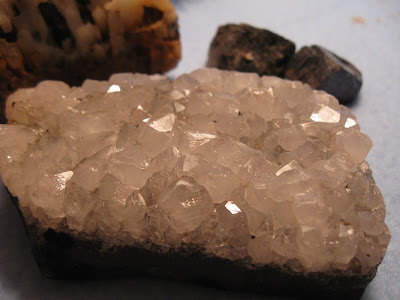 This one is really pretty - it glistens like glass. It looks like rock salt to me. So pretty. This piece alone would be about $25.00 at a rock shop.

Sorry, the rock geek in me came out. I'll stop now. WAKE UP!

After the Estate Sale we ran a few errands and then made a stop at the infamous "$8.00 Thrift" where everything - including Dollar Tree items are often priced $8.00. I rarely buy anything in there, but I do like to look at their holiday items. Every once in a while they get a new manager who prices things more realistically. I think this was one of those times. 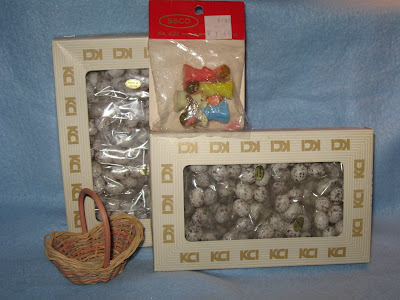 My finds today included two gross (288 - not gross like "Gag me with a spoon" gross) tiny bird eggs for $2.00, a teeny tiny basket for 10¢ and a package of vintage kneeling angels for 25¢. I don't really know what I am going to do with all those bird eggs, but I liked them. Buy it when you see it, figure it out later, that's my motto. They had two cases of boxes of dozens of eggs - sooo many eggs! 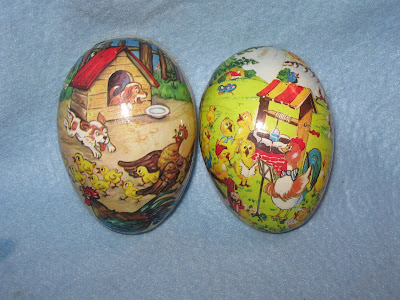 I was super happy to find these two West Germany eggs for 75¢ each. I love these old paper candy containers. I'm still jealous over the GIANT egg Sarah found last year. Did you see the article in Country Living about these eggs - like the GIANT ones can fetch over $1,000.00????? WoW!

As I was leaving the Estate Sale, she told me come back tomorrow - "Everything will be half off or less". Now, why'd she have to go and say that???????