Saturday was a fun day. It was the Annual Kite Festival out in a very small community. I mean about 120 people live in the community. We started going about four years ago and we always have so much fun. On the way , we always stop to visit the now landlocked waterwheel. You can go here to read the history of the Pyeatte Mill. It was once three stories on top of that old rock foundation. 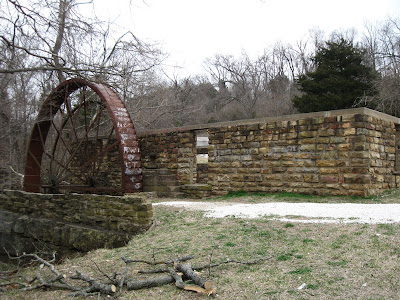 There is a Restoration of the Mill in the works. I was contacted by the director to come volunteer or help out. I think it would be a good Volunteering opportunity for me and The Bean. 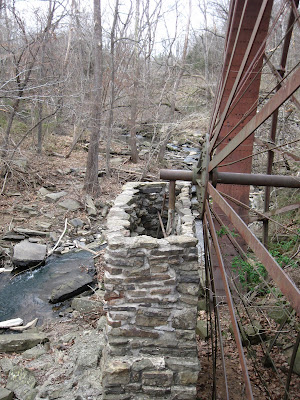 It was overgrown with trees and brush, but it has been cleaned up recently. There is still some trash down below because filthy, ignorant a$$hole people think it is "okay" to dump their trash. IT IS NOT OKAY! 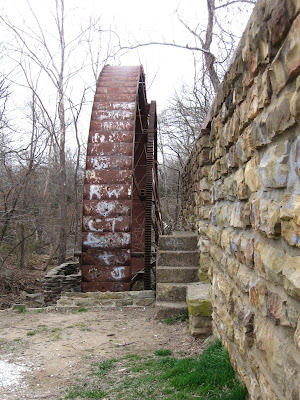 I'm sure the writing on the old wheel will be sandblasted down the line. I don't know why ignorant a$$hole people think it is okay to vandalize with graffiti either. 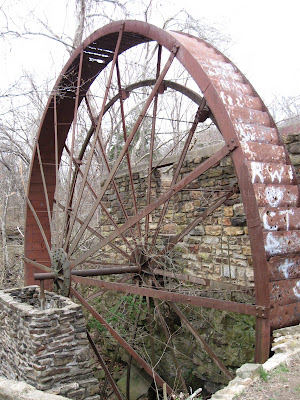 I still think it is beautiful in it's own rusty, chippy way.

Okay, on to the Kite Festival. To say it was windy yesterday would be an understatement. It was w-i-n-d-y. The Bean had a big airplane kite that he had difficulty getting airborne because it was just too darn windy. I finally convinced him to try a different kite from our stash. 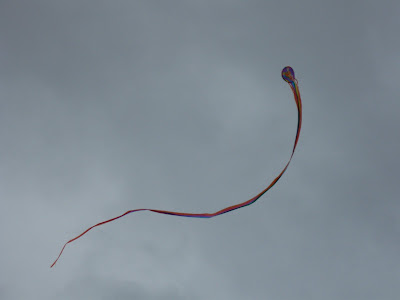 I had bought this cool Dragon kite at a yard sale last Summer. It had a ridiculous price of thirtysomething dollars on it from some Kite Shop in San Fransisco. That kite went straight up and stayed up perfectly for about an hour. 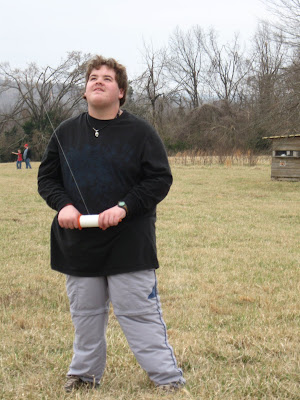 The Bean was happy. Very happy indeed. And then it happened. *Sigh* The wind sucked that kite right off the string and it sailed off into the horizon never to be seen again. The wind was blowing West, so if anyone in Oklahoma finds a big Dragon kite...... 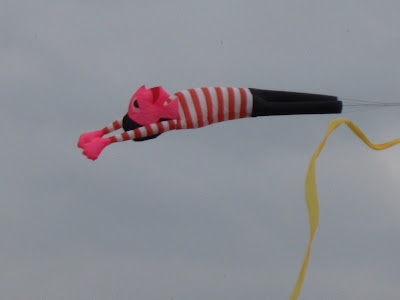 Luckily, we had a lot of other kits in our bag. Not this one however - isn't it funny? A lady air surfing. It cracked me up. 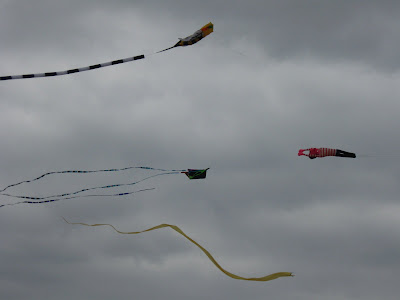 There were a lot of funny kites - a spaceship, a frog, a helicopter, the lady, a fish, an octopus - I'd never seen so many fancy funny kites. I think we were the only ones to have lost ours though. 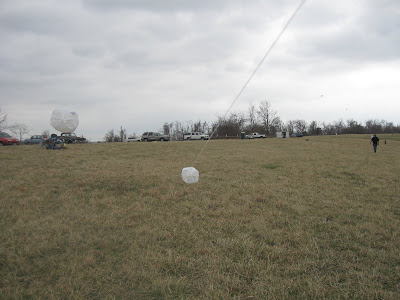 At one point, The Bean commented that it was so windy, "I bet you could fly a Wal-Mart bag". So, we did. Several people came over to admire our "kites". Hey, why spend money on kites when you have a bag? As you can see, they went out, but not really up. I finally cut a hole on the end and then it did go up. 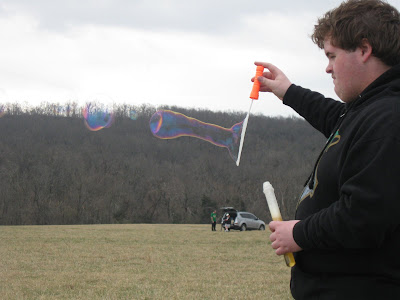 Another staple at the kite festival are lots of bubbles. The wind was making huge amounts of bubbles that floated all over the field. I could see little kids chasing them way down at the end of the field. 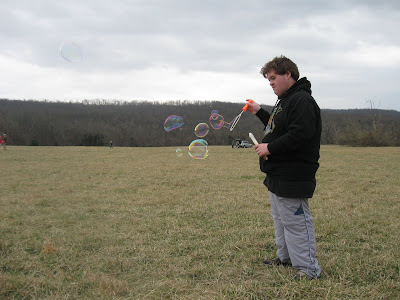 I was just impressed that the bubble showed up in the photos.
We had bought some mini kites to try this year. I had a butterfly kite that was actually only as big as an actual butterfly. We got them up pretty high. So high that the lady running the festival said she couldn't figure out why we had our arms up in the air becuase she couldn't see our kites. She gave us a $5.00 gift card and a certificate for "Best Teeny Tiny Kites". Last year The Bean won "Last Kite in the Sky" and the year before that my parents won "Best Fan Support." It's not bad to spend $3.00 for us both fly a kite all day and leave with $5.00.

And, The Bean finally got that Airplane kite up in the air.

(I am so proud that I actually took video and got it posted that I won't even worry about the fact that it is sideways. Turn your monitor on it's side and enjoy! And try not to notice how unbelievably SOUTHERN I sound. I swear, I don't. Much. I didn't even know there was sound on my digital camera.....I would have kept my piehole shut.)