It's In The Air

Lately the glitter has been in the air around here. And on the floors and my shoes and pretty much everywhere. It all started when I brought home a plain cardboard house from Hobby Lobby. I decided to try and make my own paper house like the old ones from Japan. (Actually, it was intended as a gift. But as gifts often seem to do at my house - I'm keeping it.) 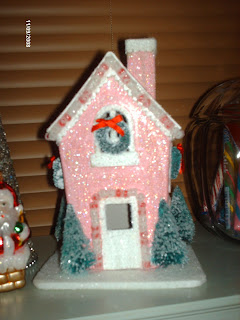 I painted it pink and white and then applied pink fairy dust and white glitter to it. 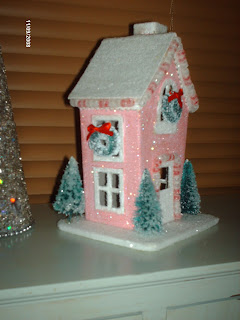 I added the sugared lights around the roofline and the door, the wreaths on the window and bottlebrush trees. I glittered the wreaths and trees to make it all have a snowy effect. 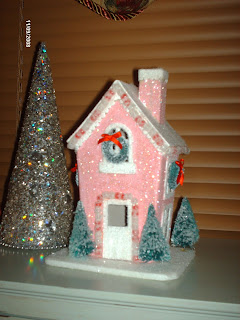 And, I know you aren't supposed to brag about things you make yourself, but I LOVE THIS HOUSE. Iis nestled amongst my turkeys, Pilgrims and Indians and sticks out like a sore thumb, but I don't care. I love it! If, I do say so,myself.
Posted by Shara at 9:28 PM