The Bean and I headed out for a morning of thrifting. I am getting accustomed to having him here and us being on our own schedule. I still have pangs of guilt if we don't do a full day of Homeschooling. But, what isn't completed today can be completed tomorrow. It's not like we're not doing it, it's just that we're not doing it hours and hours and hours a day. A break is needed! (I have an intensive recycling lesson for him later. We are going to go to the Post Office and raid the trash cans for more FREE Chick-fil-A coupons that were mailed to the residents in town today. Save a tree and a cow!). We really do do school - it's just a drag to talk about, so I make light of it. (In the words of The Bean - I said, Do Do)

On to my nifty thrifty finds of the day. We went to the Super Cheap Thrift, the Attic (City Hospital thrift) and the Salvation Army. As usual, lots of goodies at the Super Cheap Thrift. Stay tuned for the end item and you will see why I had another urgent "I must go to the thrift" moment this morning. Kismet. 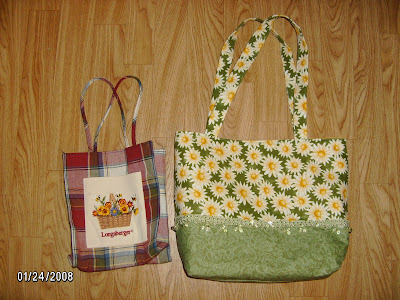 I'm not a big purse person. But, I have learned that at the Super Cheap Thrift you can often find cool vintage purses, Vera Bradley and even an occasioinal Enid Collins. So, I took a looksie. No big dollar finds, but the one on the left is from Longaberger - who knew they made purses? The one on the right is handmade and very "Vera". Not Vera, but "Vera-ish." It really isn't me, but for some reason, I like it. I will use it this spring to carry my water bottle, snack, camera and other things I think I need to take with me when I leave the house. They were 75¢ each. 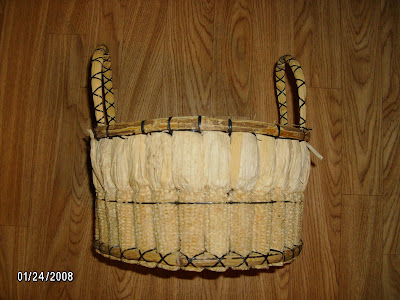 This large basket has a row of corn cobs around the outside. Now, that's a new one. I think it will hold gourds and mini pumpkins this Fall. The ladies hemmed and hawed about a price as it wasn't marked. 75¢ was their final decision. "AN OUTRAGE" I should yell.. ha ha. 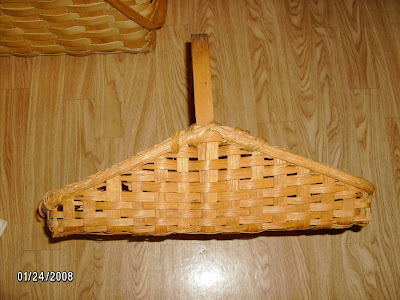 This is a big old oak splint basket with lots of age to it. It is also so big that the 21 pound cat can sit in it and only fill up half of it. It was $1.00. I overlooked it as it was full of cameras, but then I spotted it and saw it was priced. Buh-bye cameras. 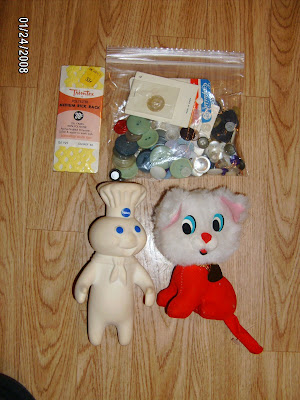 Miscellaneous goodies - a package of yellow rick-rack*, a big of vintage buttons, a 1971 Pillsbury Doughboy and a vintage kity with a gold heart around his neck. $1.50 total for all four items. *(I am obsesed with ric-rac. I look for it everywhere. I use it in my crafting as of late. In the 7th grade I had to have a skirt made to wear in my Choir group at school. It was blue calico with yellow flowers - very Holly Hobbie. It was a three tier skirt and each tier had a row of thick bright yellow ric-rac on it. Oh, how I hated that skirt. I loathed it. And, I had to wear it once a week for the entire year. I never in my widlest dreams would have thought I would be loving ric-rac all these years later). 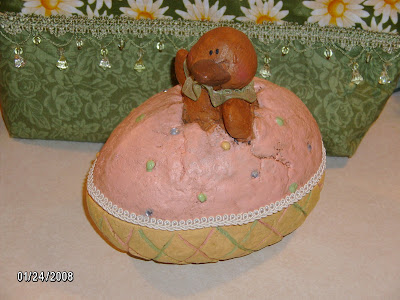 This little guy has been at the thrift for almost three months. I have admired him every week, but never bought him. He was $4.50 and really more than I pay for something so ridiculously silly and unnecesary. But, today, I knew his time was limited. Easter is on the way and someone was going to scoop him up. I had Empty Hands Syndrome anyway and needed to buy something. Now that he is home, I realize that $4.50 was a deal. (I mentioned "Empty Hands Syndrome" at the thrift and a lady laughed and said, "I never have that here!"

And, now for the Thrift Ksimet. About a year or so ago, at the Super Cheap Thrift, I bought this huge round heavy pewter tray shaped like cabbage leaves for $2.00. It literally weighs a ton. It has this little flat spot in the center of the tray, which I always found odd. 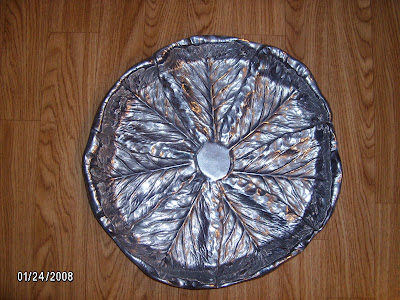 So, today at the very same thrift store, I spotted something similiar in color and form under a stack of Dollar Store bowls. I pulled it out and it was this: 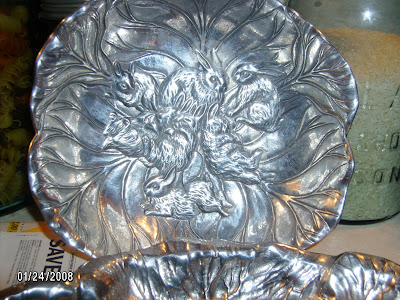 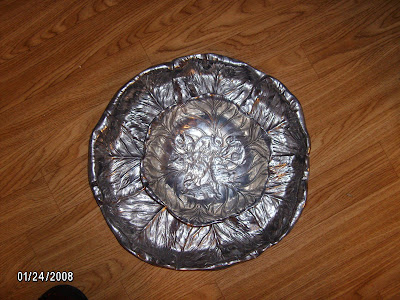 All Good Things Must Come To An End: 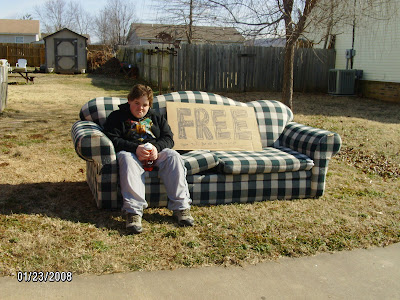 Out with the old.

The couch that is, not the boy.

(Thanks for pointing that out Ottermom!)
This would make a good Christmas Card photo. 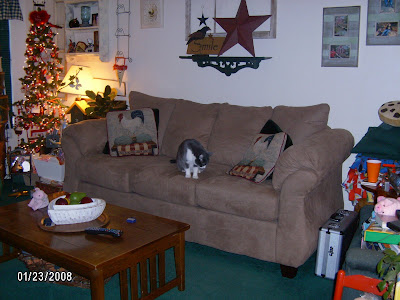 In with the new.

The new couch. At first I hated it. Now I am down to Eh. It isn't what I wanted, but he old one was literally falling apart. It needed a handy man and I ain't got one of them here. The new one is pouff-ier than I wanted and more flaired on the ends, but it is comfy and not too bad. It's just Eh. (I think we need an area rug to tie it all together.) We want to do a whole remodel and renovation, so we are hoping that is it sort of a temporary sofa. But, I also don't know where we think we are going to get money to do all that, so we will probaly be sitting on this one 'til it falls apart too. I get attached to things and found it hard to replace the couch. I picked it out (the old one) the chairs, the carpet, the curtains and had a "look". Now I must start over. And, it is time. But, geez, I just hate to let things go. Luckily, someone took the old one so it now has a happy home somewhere else. Or it's firewood....

*P.S. Please ignore the crap, the clutter and the cat.