The Week as It is 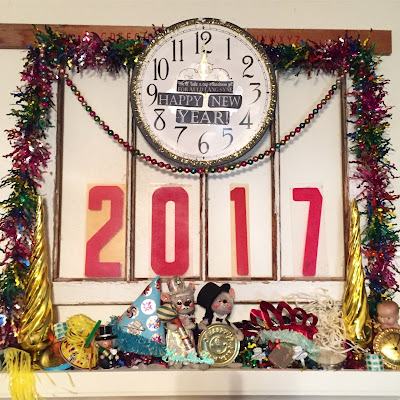 I hope the New Year has been good to you.  Or at least not totally sucked yet.  I finally got all the Christmas put into tubs and the regular stuff in the garage ready to come in to the house when the weather man called for COLD and SNOW.  I'm okay to work outside in those conditions (it would have taken an hour tops), and The Bean is willing to help.  But, The Breadman is not.  He hates cold more than anything.  (We had a dead battery during a cold spurt around Christmas.  He had to come outside and jump my car in our own driveway.  It was cold, but it was a quick fix.  But, he was so cold and so impatient that he SLAMMED the hood of my car down while metal "holder upper" was still in place.  It was a wild wiggly mess and the hood wouldn't shut.  He said he would fix it when it warmed up.  When it WARMED UP.  Like, when? Spring?  I am supposed to not go anywhere for three months?  Of course, The Bean fixed it and we were good to go.  But, geez,  you can't spaz out and damage things just because you are uncomfortable for a minute or two.  I told him that his concern and love for ME should outweigh his hatred of the cold by just thismuch.  He said, "But I hate the cold."  So, there's that.) Anyway, back to the Christmas stuff - we hurried around and got it all done just in the nick of time. 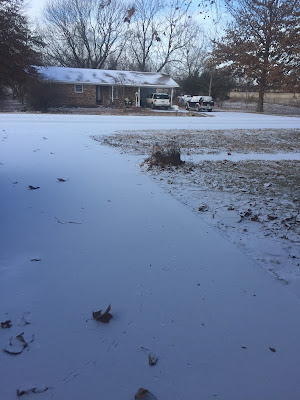 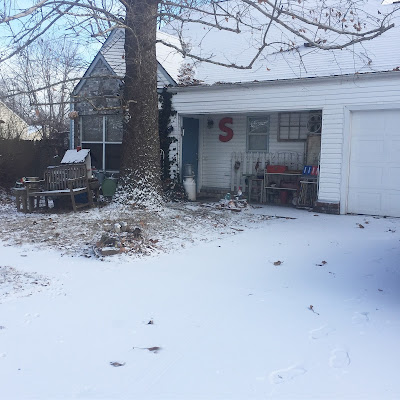 It wasn't a lot like some places are getting.  But it's the first snow we've seen in a couple of years.  My Mom had about three inches at her house, we had about an inch and my Dad had none at his house and they both live within thrifty (ha, I typed thrifty.  How about thirty?) minutes of me in different directions.  It's supposed to be almost 70 on Tuesday and Wednesday, then talk of "ice" on the weekend.  I don't want to hear those words. 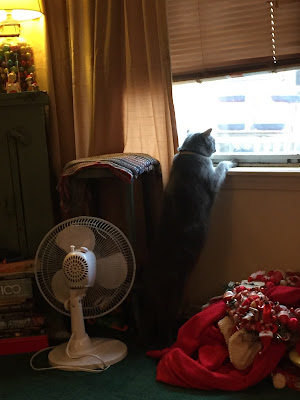 After I took the tree down, Smokey wanted to look out the window. 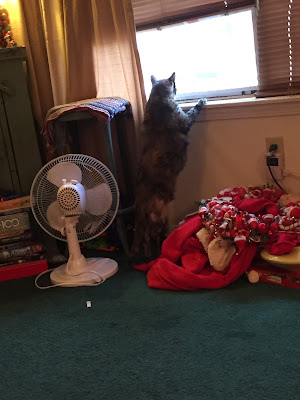 And then Pity wanted to look out the window.
(She has bald spots because she is OCD and takes a bath about 17 hours a day).

Dory actually did the exact same thing, but he was too quick for my camera skills.

Yesterday we were looking for something to do as a family, so we went to the casino.  That sounds bad, doesn't it?  But, for the same amount as a movie and dinner, we were able to go have some fun together.  We lost this time, but we've won in the past.  The Bean likes video games, so he ventures towards those new huge machines with all the lights and screens.  I like the old school ones with the pull levers and cherries.  Actually, Mr. Money Bags is my machine.  (I only go a couple times a year.  I sound like a regular, don't I?)

After we left the casino, I spotted a thrift store!  Okay, I knew it was there and I drove straight to it.  Ha.  I found a few treasures to make me feel better about losing a little money. 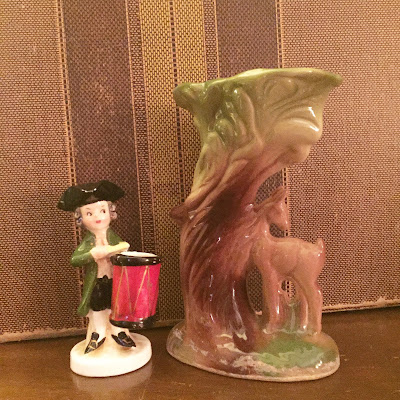 That's a neat old suitcase in the back with leather handles.  The little Patriot/George Washington is just waaaay off the cute spectrum and the deer vase is just lovely.  Three fun finds in a long dry thrifting spell. 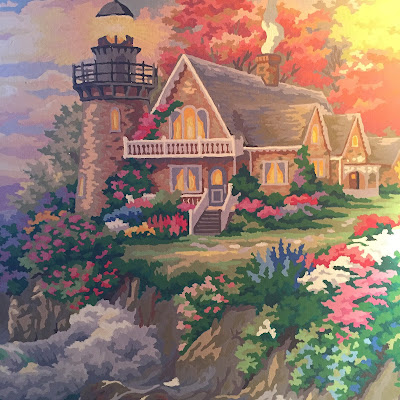 I also picked up this Paint By Number which is newer and I think maybe a Thomas Kincaide.  I've seen crafts made out of them, so I might sacrifice it for that.

Today we popped into Goodwill just as the carts were coming out. The Bean hit the book cart and scored a complete Game of Thrones Book set  - all 1st editions.  I have been looking for these books for him forever!  Marking something off the wishlist is always a good thing!

I'll be back with something fun soon.

As soon as I think of something fun.