I went back to the sale AGAIN.  Wouldn't you?  This time they had a whole lot of the same things. And by that I mean the exact things I have already bought like Dressy Bessy.  I have three from there now.  All alike.  Exactly.  One each week.  Another Fisher Price Lolly Rattle doll.  That's two now. More handmade dolls.  I don't know - just a lot of the same things.  I still had fun hunting and gathering up a few tote bags full of goodies.  The lady having the sale came running to me - "I found a doll shoe that you left last week!"  Which was pretty sweet considering the sheer volume of stuff they are dealing with and all the customers they have - she remembered me and that I bought the doll clothes.  Very nice.  She took my name and number too so she can call me when they have their next sale.  It will be in January and it will be ALL JEWELRY.  Crazy. 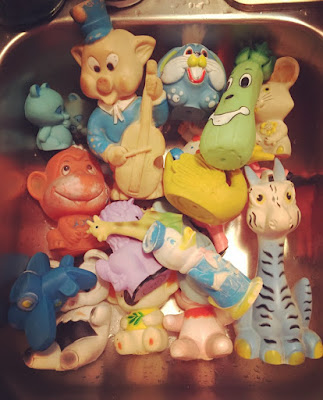 I did get a ton of new squeaks.  Well, old squeaks.  Over twenty of them. 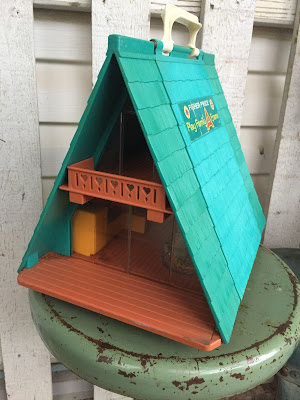 And this Fisher Price A Frame house which turned out to be very popular on Instagram.  I bought a Fisher Price Barn and a Dollhouse too.  I left one behind and now I am wondering WHY.

I also hit one more sale and rounded up a bunch of vintage Christmas.  Nothing fantastic, but I like to rescue all the vintage I can find. 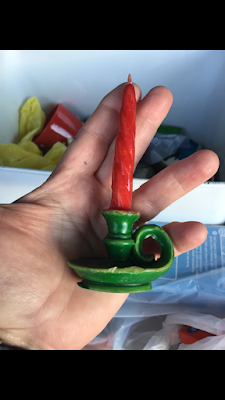 One lone Gurley was worth the stop alone.


Friday afternoon I saw a sign that said, "CHRISTMAS SALE on GRANDMA STREET" with an arrow pointing down a side street.  I swerved quickly and I may have been on two wheels.  No one knows for sure.  It turned out that is was a garage sale full of nothing but Christmas!  Nothing but CHRISTMAS!!!!!  (Also, it was on Graham Street - but how cool would Grandma Street be?) Things weren't cheap or giveaway prices, but they were good enough that I was able to buy everything that was my sort of thing.  That doesn't happen very often! 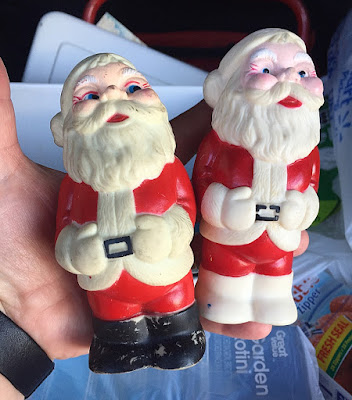 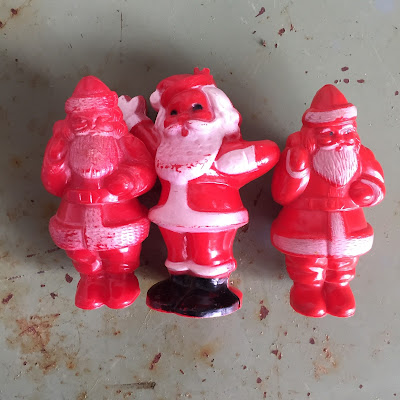 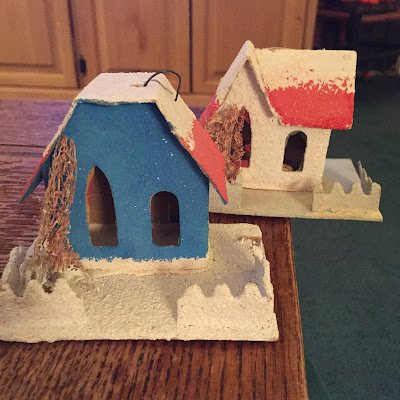 Two Putz houses.  I NEVER find these.  Oh, sure, they need some TLC, but to have found them even in this shape was good for me! 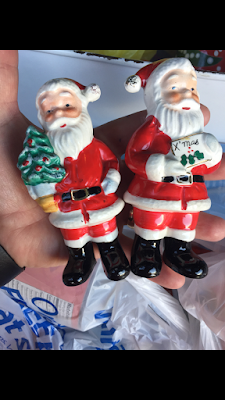 Santa Salt and Pepper shakers (full of old pepper which made me achoooo!)
Pardon the crappy cellphone screen shot photos.

And my best and most favorite find...... 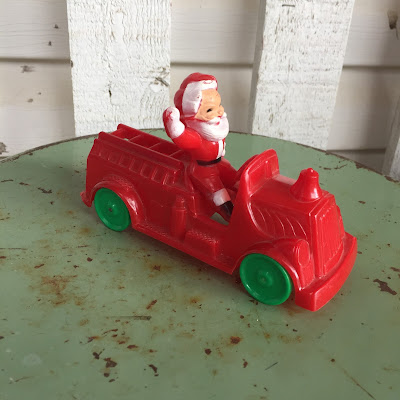 A Rosbro Fire Truck candy container.  I have never seen one of these and I had no idea they existed.  So....... 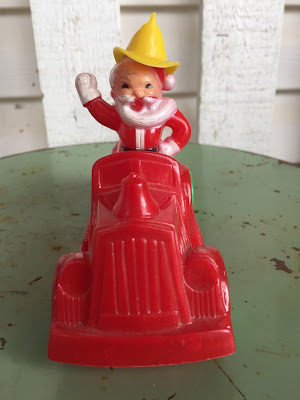 To find TWO at one time was crazy fun!

As much as I love them, I have them listed on ebay.  Money talks sometimes.  I had a BIN offer within an hour on one, but I am going to let the auctions run and see what happens.  And, heck, if they don't sell.....I will keep them after all.
Posted by Shara at 12:03 AM