We watch The Price Is Right every day over here.  I'm usually on target with most of the grocery prices, so I like those sort of games.  I hate PLINKO even though everyone wants to play it - "You could win up to $50,000!"  No, you are going to win $1,100. and not much more than that.  I would hate to play PLINKO or the golf game - they would have to name it a "Hole in 1 or 64" for me.  I like the Grocery Games and the Yodeling guy.

One of my friends from Jr. High sent me a message  - You might want to watch The Price is Right the Friday before the Superbowl.  So, I made sure my chores were done and I had a cup of coffee ready and I sat down to watch the show. 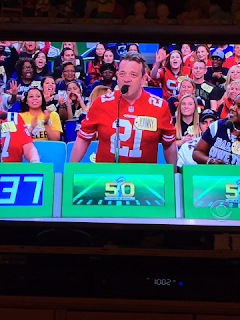 The third name up at the top of the show was my friend Johnny!  YAY!

He bid on an Xbox One and....he was the closest bidder! 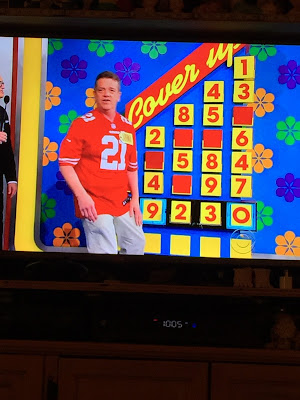 He got to play Cover Up for a NEW CAR!
He got all but two numbers.
Looked to the audience for help and changed the 2 and the 3 to different numbers. 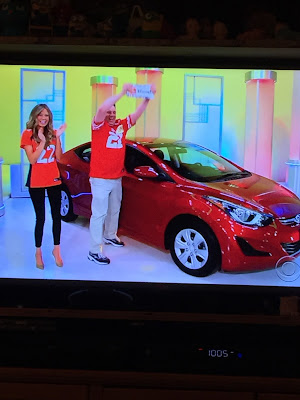 Whew!  I was exhausted and glad I could relax.

Then I remembered THE BIG WHEEL. 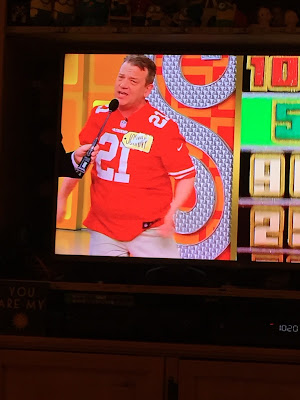 He spun and said "Hello to my folks back in Northwest Arkansas!"  (He lives in CA.)

He was the big winner on the wheel! 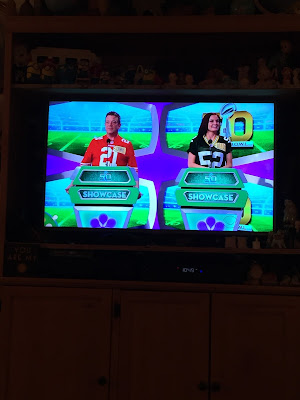 Time for the Showcase showdown.

The chick passed on the first Showcase. 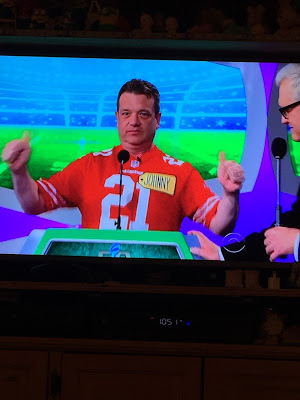 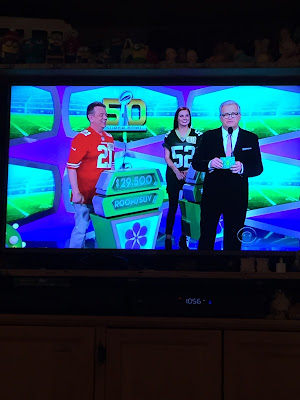 Drew about to reveal the winner. 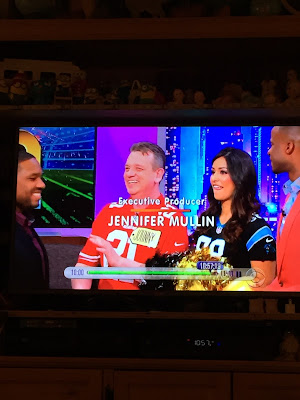 *I wanted to be on The Wheel of Fortune when I was younger.  I haven't watched it in years.  Do you have a favorite game show?  Have you ever been ON a game show????
Posted by Shara at 3:16 PM