I just wanted to pop in and let everyone know I AM STILL ALIVE!  'Cause I know you were all worried and such.  My head is still clogged and I still have a raspy voice, but I am on the upside of it.  Now The Bean has it and we are on our hands and knees PRAYING that The Breadman doesn't get it.  He is so not a good sick person.  (He's a man, you know.)  (Sorry Eddie).

It snowed yesterday and it was in the negatives last night.  Today the sun is shining fiercely and almost blinding, but it hasn't gotten about 10 for the entire day.  Its not bad for the two of us that get to stay inside and watch episode after episode of 'The Walking Dead' all weekend, but not so great for certain people that have to go deliver bread in the middle of the night.

Because of the crud in my head and the crud outside, my Christmas decorations are still up in full force.  I have the itch to pack them up now, but it's too cold to work in the driveway and garage rearranging to get the regular stuff back in and the Christmas stuff back out.  It will be done my the weekend, though.  Until then, I am cleaning and purging things.  I just threw out about a foot high stack of those free return address labels that come in the mail.  I mail about one piece of mail a month, so don't really need more than one sheet, so out they went.

I also purged a bunch of photographs and greeting cards.  MAN, that is hard to do!  But, do I really need photos of kids from second cousins that I barely remember anyway?  Or every single greeting card that we have ever exchanged?  I did keep a lot of those...especially the ones with The Bean's scribbles instead of a signature of the ones that have his name emblazoned across both sides in five inch high letters.  Ah, those were the days.

I hate posts without photos, so - 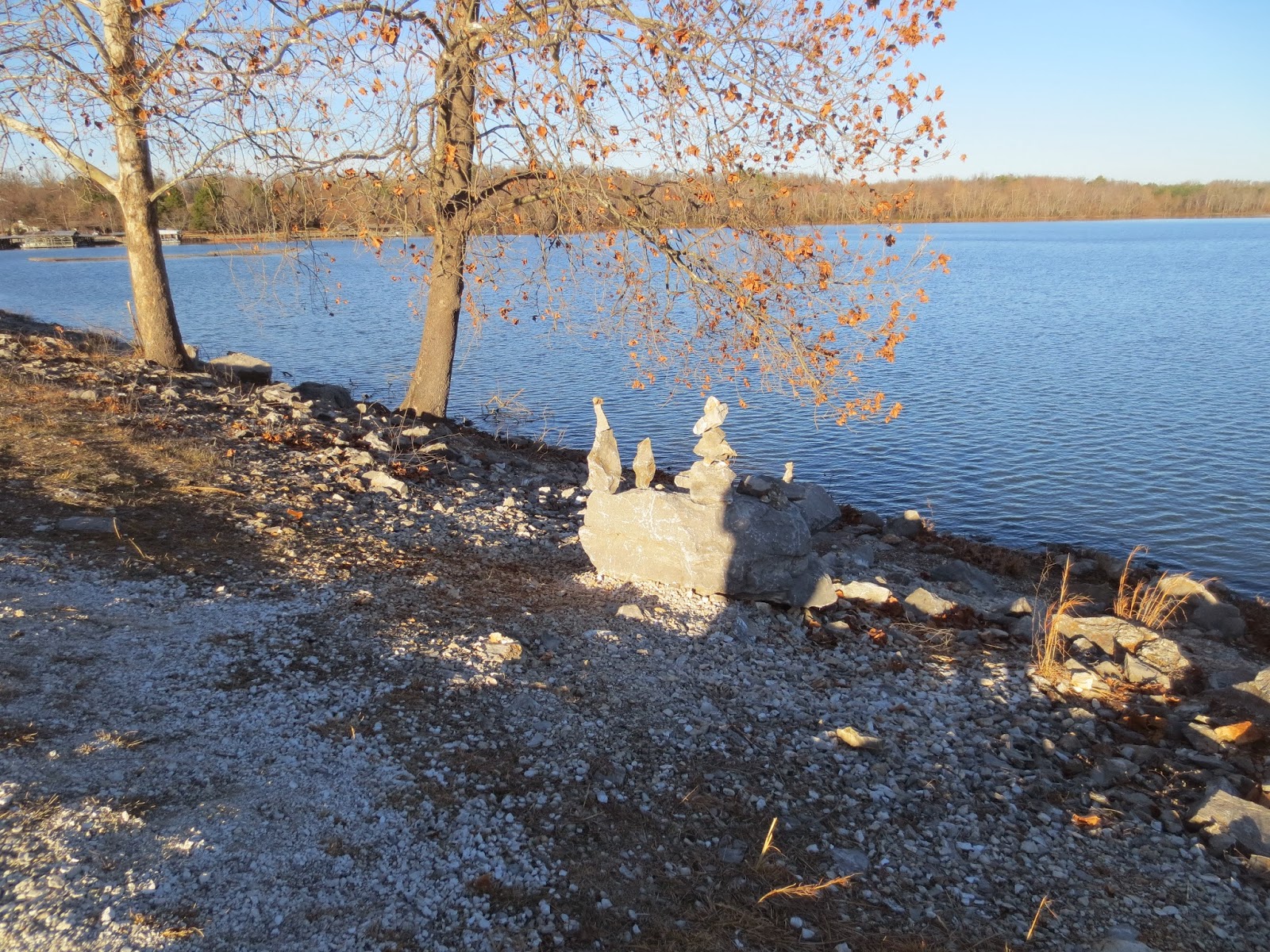 We went on a walk around the local lake right before Christmas and spotted these totems made by someone on a big rock. 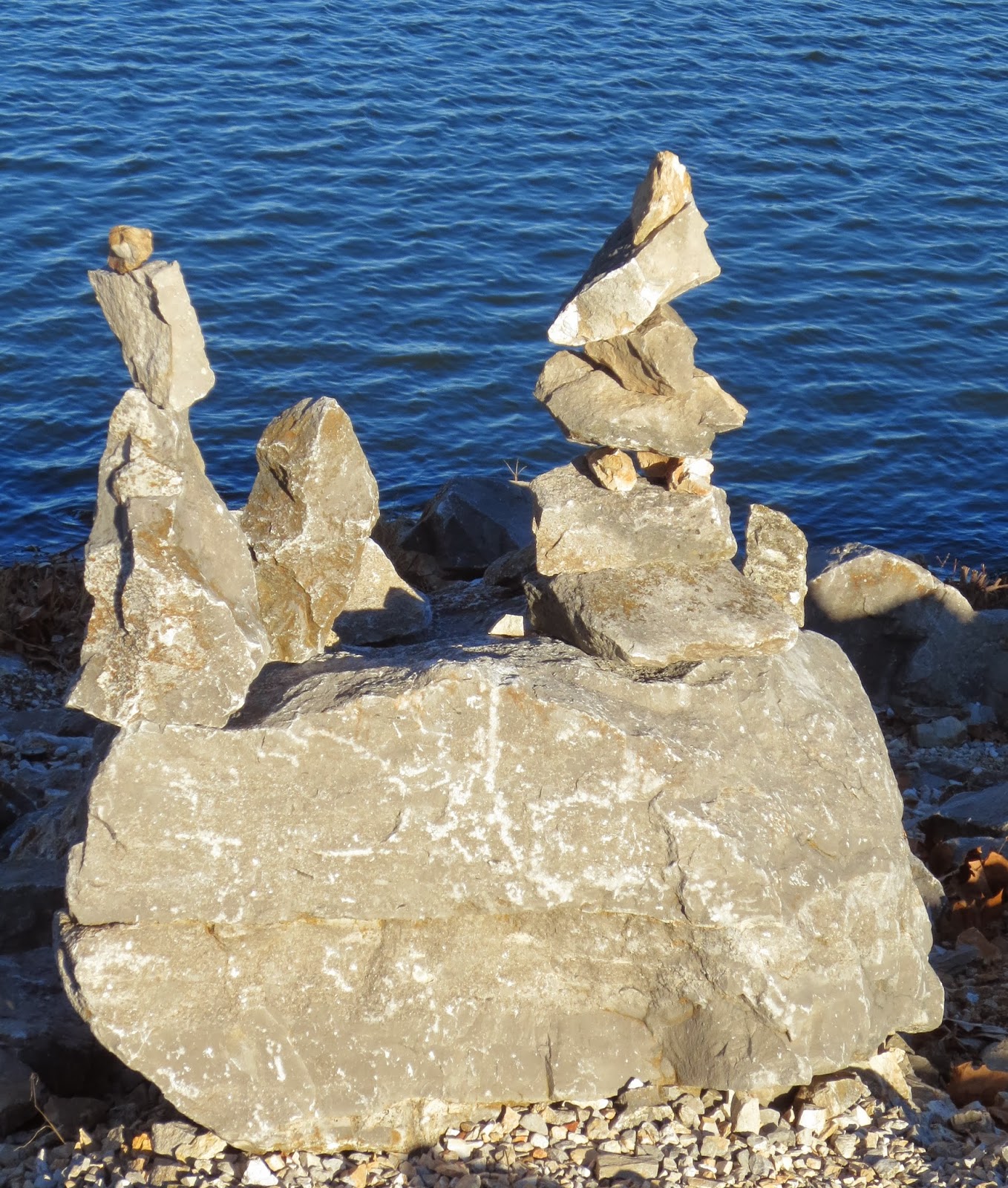 Kind of a neat idea to leave something for others to see and enjoy along the way.

Maybe I'll be back with some THRIFTING news soon.  Mama needs a FIX!