This morning the boys were watching MORE of that awful 'Walking Dead' marathon they have been watching since New Year's Eve.  They were still in their PJ's (I talk about it like I have three year old's - this is the husband and the 18 year old I am talking about) and neither had eaten anything and I just decided to RUN AWAY and hit the thrifts.  I announced that I was "outta here" and walked outside to leave.  That's about when this nasty foggy cold rain started falling and it had a hint of ice specks in it.  I decided that it wasn't in the cards to go across town to the BIG thrift like I intended.  BOO!  So, I went up the street to the Goodwill and poked around.  It wasn't what I had in mind, but I got to do some mindless thrifting and that was just what the doctor ordered.  Really! 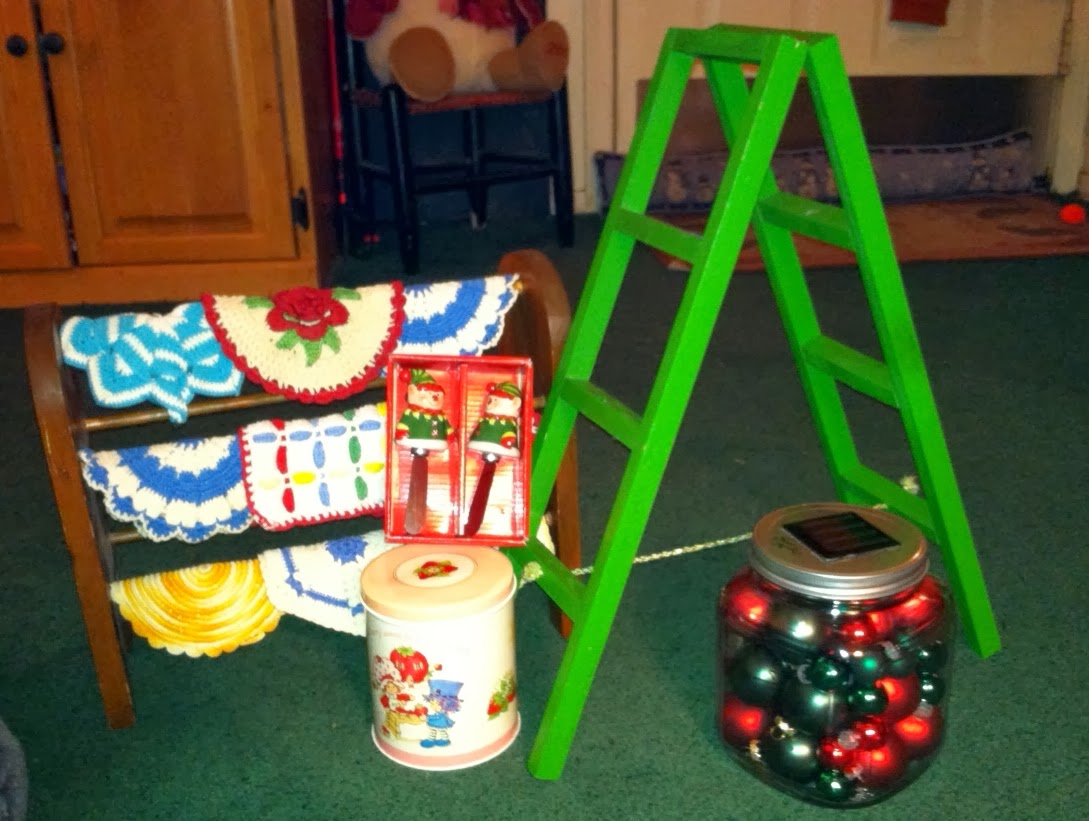 Regular prices on all this was $11.00, but because Christmas was half off I only paid $5.50.  Not everything was Christmas, but the clerk rang it all up as if it was.  Thanks Dude!  (I already had those potholders so don't think I got all those too.  But, that would have been freaking awesome if I would have!) 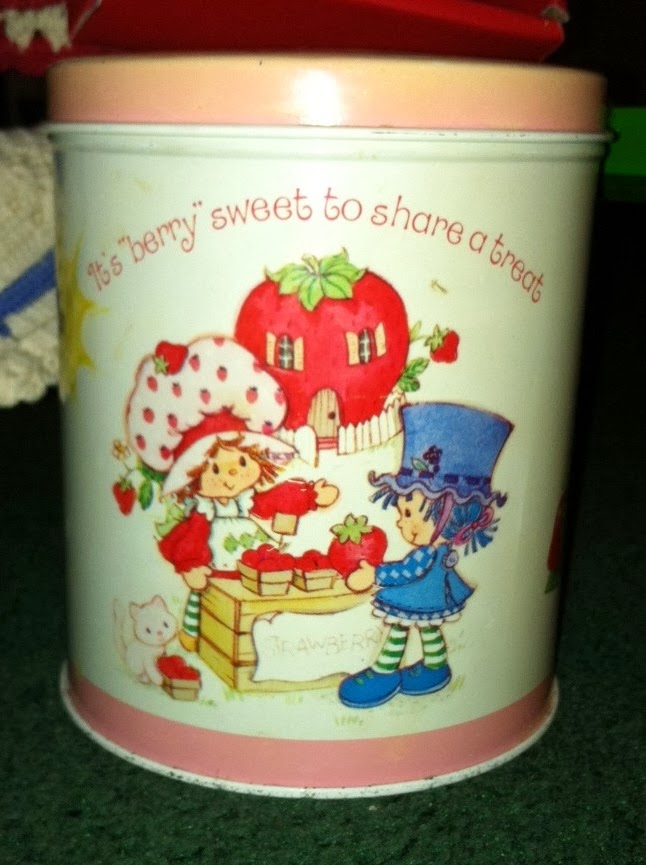 This little vintage Strawberry Shortcake tin will go to the booth. 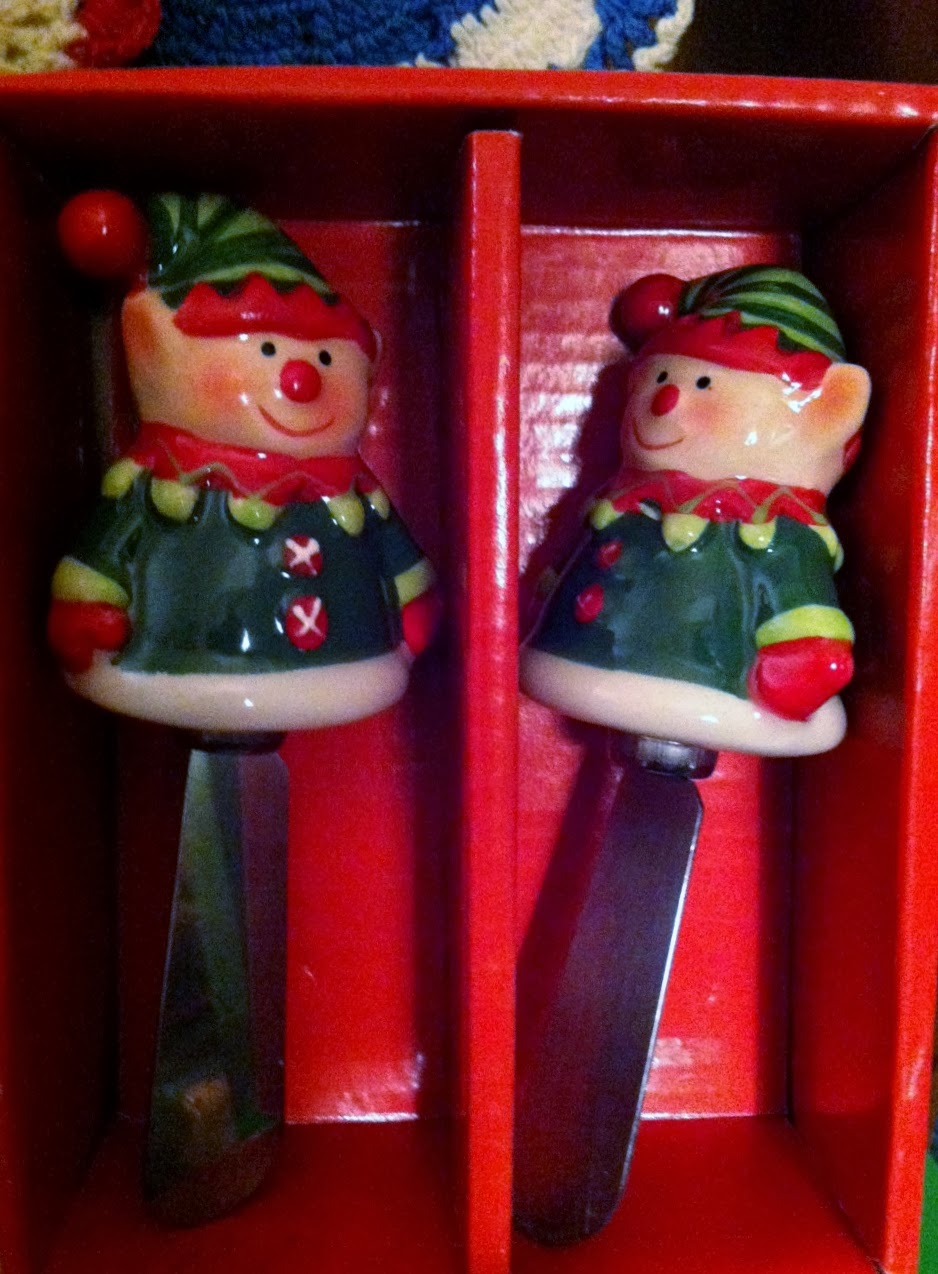 Two fun spreaders with big chubby elves on the handles.  Her's an interesting tidbit - I collect these spreaders.  Also, interestingly enough, I recently cleared out the majority of them and took them to the booth to sell.  Also, maybe not particularly interesting to note, when I served the cheese ball this Christmas, I found that I had sold all my Christmas spreaders.  So, I was happy to find these brand new ones. Interesting, no?  ;D 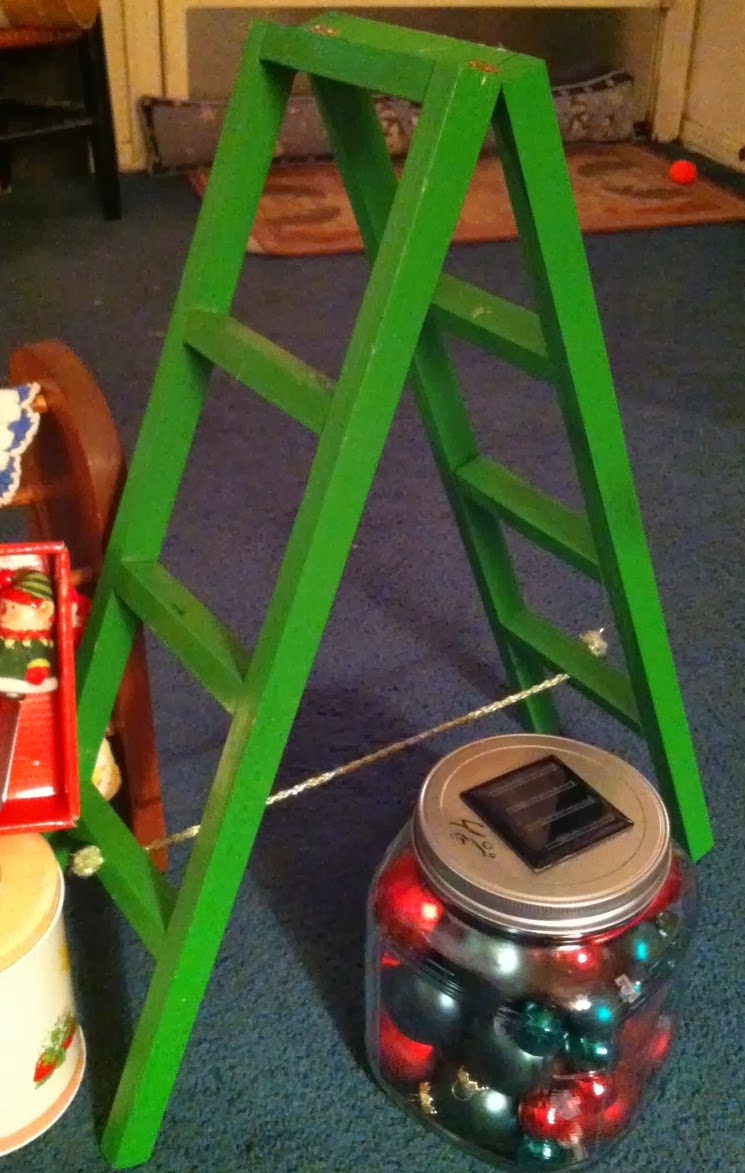 This ladder was in the Christmas section - I think it might be for kneehuggers or elves - what do you think?  I've seen some shelving units made from actual ladders, so I thought I could fashion a small shelving unit for the booth to hold some smalls.  It's only about two feet tall.  Of course, I DO have a plethora of knee huggers if I decide to use it that way. 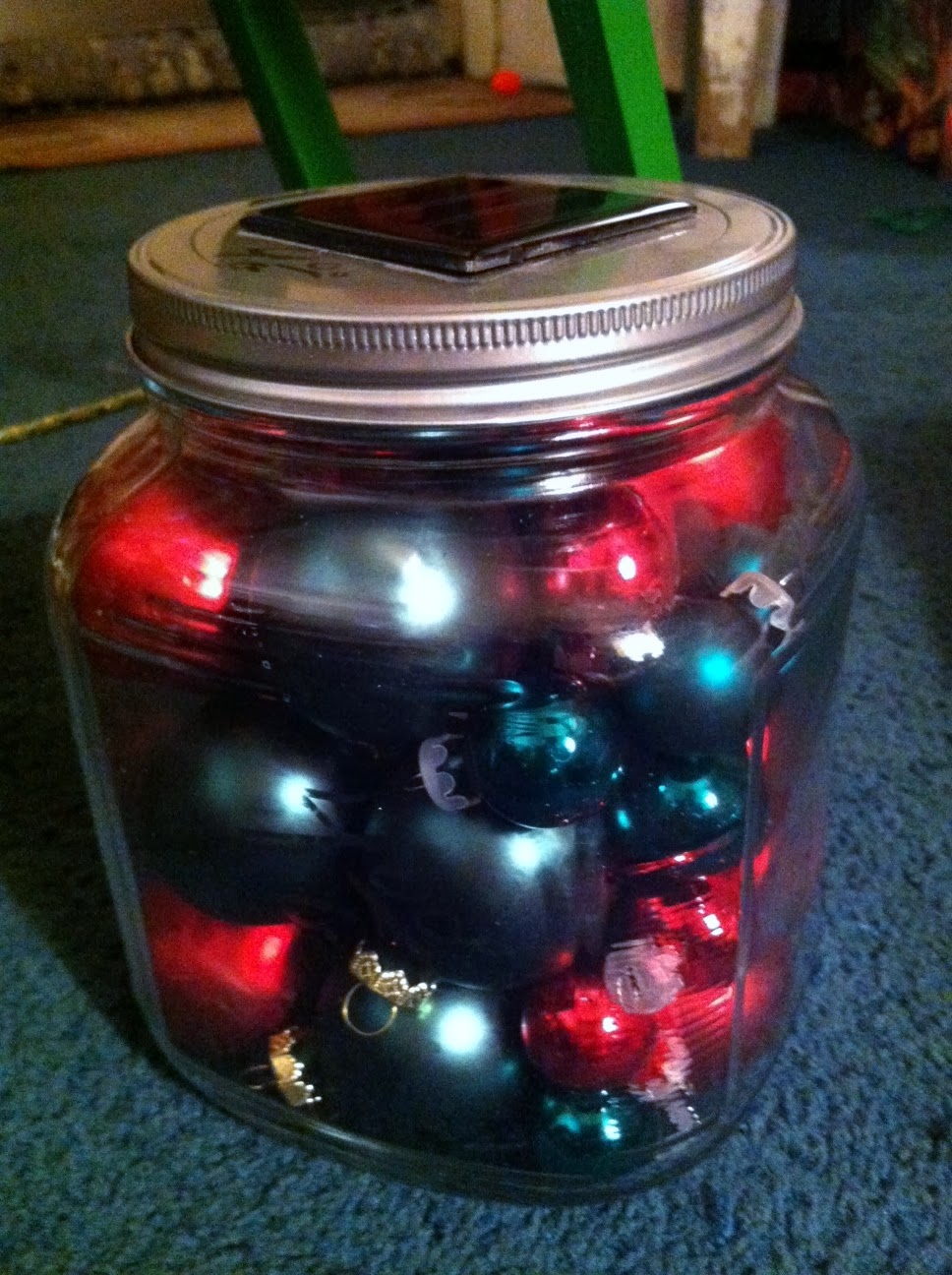 Now this jar, well, this jar is a jar full of possibilities, I think.  First, it's a good jar like I love for storage or making snowglobes.  But, this one has one of those fancy solar light panels in the lid.  Which is sort of weird, but then again, could be kind of interesting if I can think of just the right thing to do with it.  The ornaments inside will be re-purposed into wreaths or re-donated.  So, what would you do with a solar powered jar? 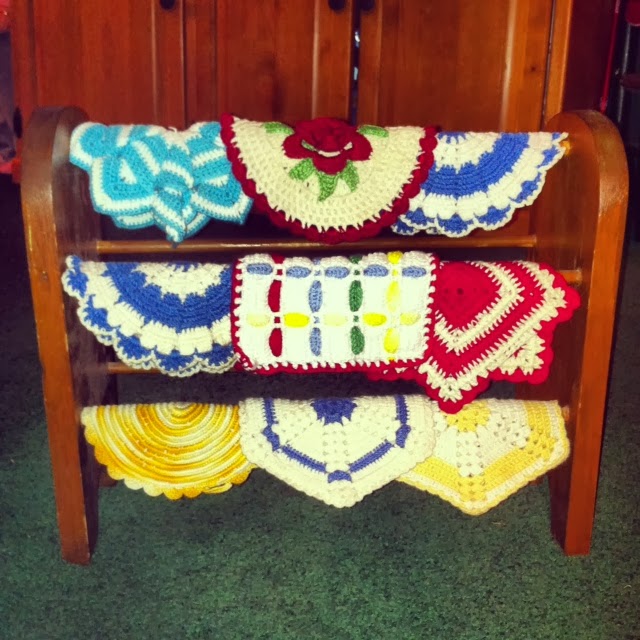 The last thing is this doll quilt stand which is hopelessly country and not my speed at all.  But, for some reason, the minute I saw it, I knew it would be perfect to display potholders and hankies in the booth.  I am going to paint it white and then I think it will really look great with bright pops of colorful things on it.

*Believe it or not, this is not a Nyquil induced post.  :)