Last weekend, the Patriot Flag came to town.  I hadn't heard of the Patriot Flag until it came to a neighboring city a few days earlier.  When I found out it was coming to our town, I knew we had to go.

The flag is traveling across the US, allowing everyone to view it and then it will be flown at the Pentagon, the site of the Flight 93 crash and at Ground Zero on September 11th, 2011. 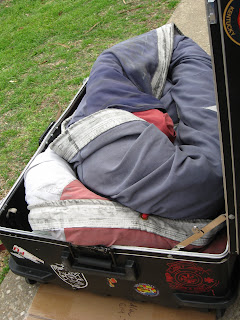 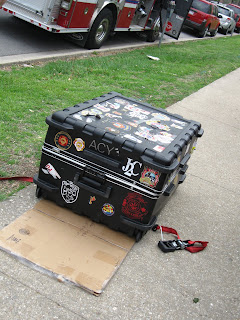 The Patriot Flag is 30 feet by 55 feet and weighs 75 pounds.  It was in a carrying case that completely filled up the back of a car.  The case was covered in Fire Department patches from all over the United States. 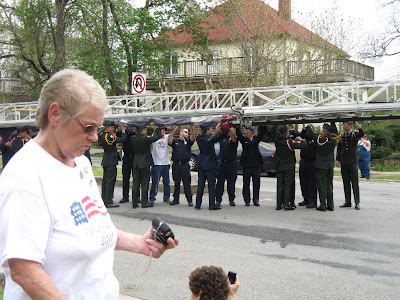 It took nineteen soldiers and firemen to carry the flag out to the ladder truck and hook it up.  The lady crossing the photo was in charge of the event for my town and for fourteen other towns.  She came up to me and thanked me for coming.  She was very, very proud to be a part of this event.  We expected a huge crowd and got their early in anticipation.  We got there so early, in fact, that we were the very first three people there other than men in uniform.  The crowd was still fairly small when the flag was hoisted and that made me sad.  But, then again, it was a more intimate atmosphere with only one hundred or so people there. 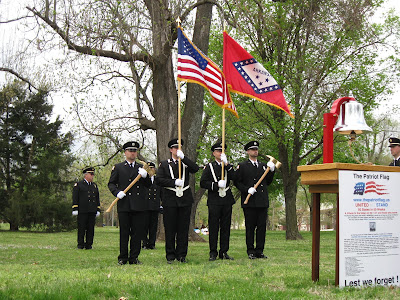 Firemen in formal dress uniform standing by the bell.  They rang the bell for all the Fireman that died on 9-11.  The Mayor led the Pledge of Allegiance and yes, he included "Under God". 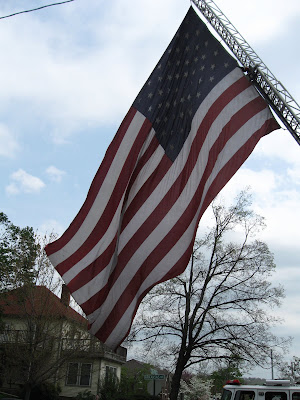 It was such an awesome sight seeing this wonderful HUGE flag. 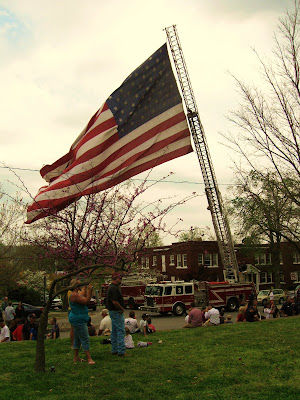 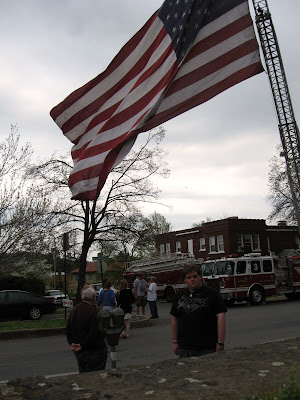 It is hard to take a photo of  seventy foot high flag and you kid, but I laid in the grass and managed to do it. 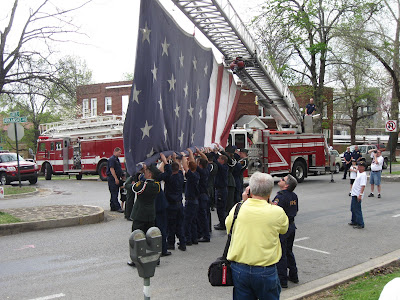 Nineteen Soldiers and Firemen taking it down.
We really enjoyed seeing the flag, signing the Guestbook and visiting with the Co-Ordinator.  If you get the chance to see the Patriot Flag, you really need to go.  You won't be sorry. 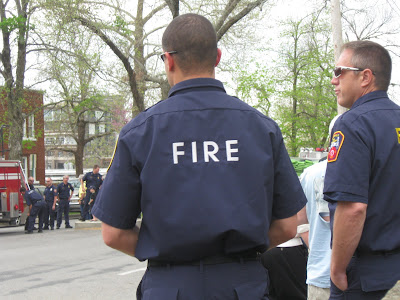