Back when I had an Office Job, once a year, my "Boss" would decide to clean out his office.  He would send me out to the Warehouse to fetch a huge empty trash can and bring it into his office.  He would then proceed to "clean his office" by taking all of his desk drawers out and dumping them into the trash can - no sorting, no separating...just dump and it was done.  Papers, pens, pencils, whatnots, etc. - it just all went straight into the trashcan.   It was then my job to drag the trash can back out to the warehouse for the janitor to dump.  But, what he didn't know was that I would drag that can into my office and proceed to take everything out and sort it out.  I'd put all the pens in the supply drawer, the usable things in our company store and sneak his kids photos and artwork back into his desk in a week or so.  See, I've always been a junker.
The first year I sorted it out, I discovered a small set of Russian Nesting Dolls in his "trash" and I was smitten.  I don't really know why he had then, but I really couldn't understand how he could just throw them away! Since then, I have found many more sets at thrift stores and yard sales.  My Mom has given me several as gifts too.  I have a set of owls in my Halloween decorations, many Santa's and a set of bunnies in the Easter stuff too.  I have more than I even realized! 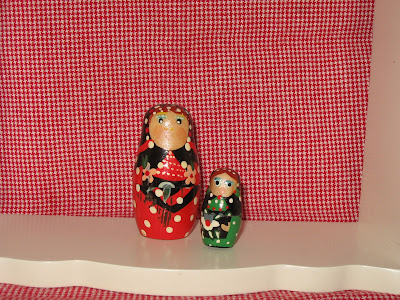 Some of my sets aren't complete - but since I pick them up for about 25¢, that's okay. 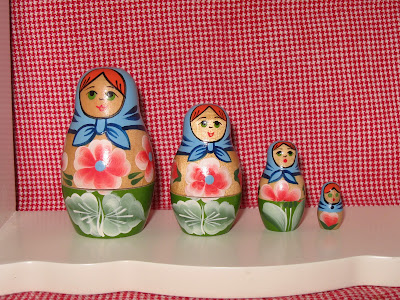 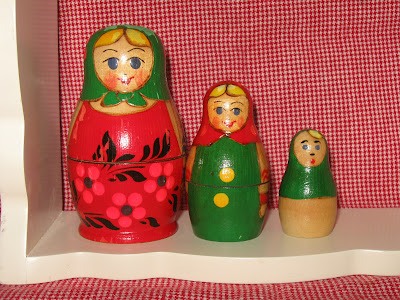 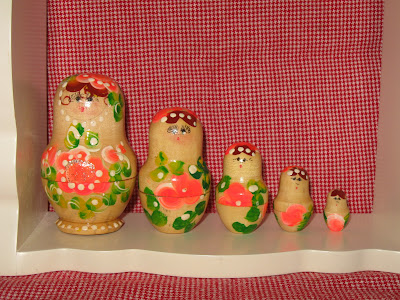 These are made of very lightweight wood and handpainted.  Different from the others. 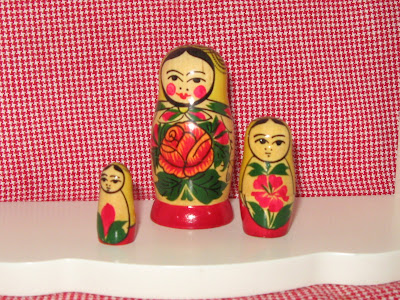 These are the ones I found in the Bosses drawers.  I mean DESK drawers, of course.  Get your mind out of the gutter!  :D 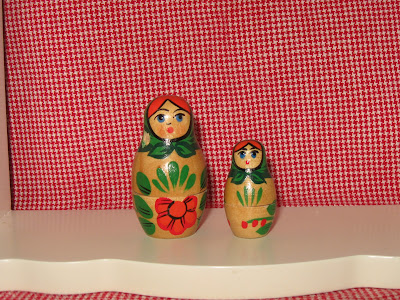 Another partial set.  Still cute, though. 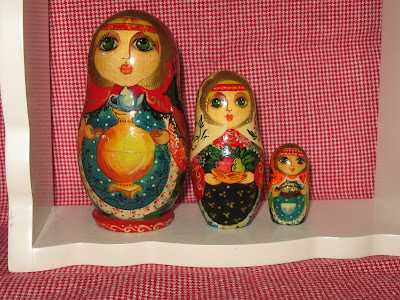 I think these are my favorites.  They are very intricately hand painted. 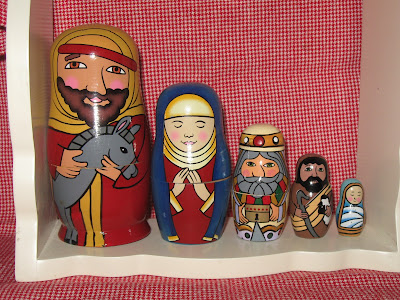 Now, some of the newer ones - A Nativity (I need to put this with the Christmas stuff!) 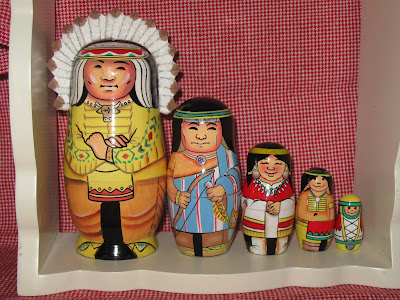 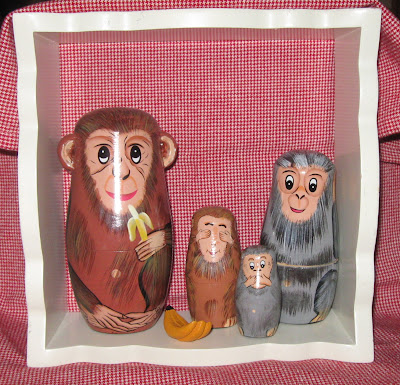 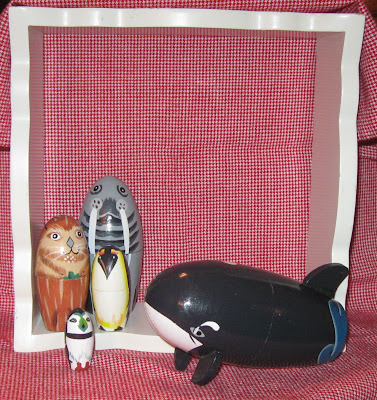 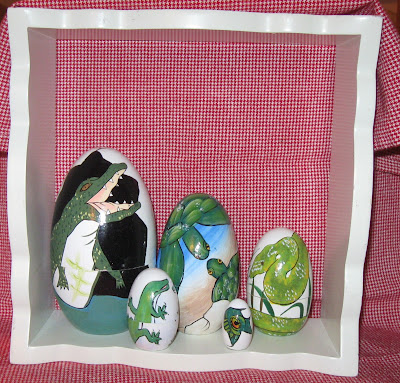 Lizards, turtles and snakes emerging from eggs.
As with most of the  things I won, I never set out to actively collect Nesting Dolls.  But, I seem to have a pretty good collection.
Posted by Shara at 11:11 AM