Well, hi.  I took a short break, didn't I?  Not that long, but long for me.
We went to the Harry Potter Advance Screening on Tuesday night.  The movie was great and I'm sure some of you have seen it by now.  I sobbed.  Seriously, a made up story about wizard kids should not tear your heart out.  But, it does.  *sniff*  (and,  for the record - we only snuck in two trick or treat sized Butterfingers for The Bean  and a couple Vanilla Midgees for me.  I did spring for popcorn).  When we got there, there wasn't any mention of Harry Potter anywhere on the marquee or outside the actual theater.  There was a table set up that only said, "CW" - so that's where we went.  They handed us two vouchers that only said Warner Bros on them, which we were told to give to the guard at the theater.  "Guard?" I thought, "I wonder what that means."  Well, when we walked down the hall to the theater, there were three armed guards standing there.  I had to give them the voucher and proof of ID to get in the theater.  But, before we could go in the searched my bag (I was paranoid about the little bit of candy rolling around in there!).  When we got into the theater, it was lit up like a baseball field at night.  I didn't even know movie theaters had bright overhead lights.  It was blinding.  Once the move started, the guards came and stood at different areas of the theater and moved up and down the aisle during the movie.  So, I sat there wondering if they had a bomb scare or there was an axe murderer in there or what on Earth was the cause for all this security.  But, then I realized that we were seeing a huge blockbuster movie days before it was to be released.  Someone could have have a video camera and put it on the internet.  Or even just taped the sound.  It was all for the security of the movie - not us lowly candy sneaking movie goers.  Besides, the lady in front of us was eating a salad from McDonald's, so apparently "sneaking in food" was not an issue.
~~~~~~~~~~~~~~~~~~~~~~~~~
Earlier today I stopped at a yard sale that had about fifty Rubbermaid tubs lined up full of stuff.  My kind of sale!  But, they had lots of made in China Indian statues, Angel statues and die cast cars.  Not my sort of stuff.  They did have some neater old stuff, but nothing was marked at all.  In my experience, sales like that seem to be high. 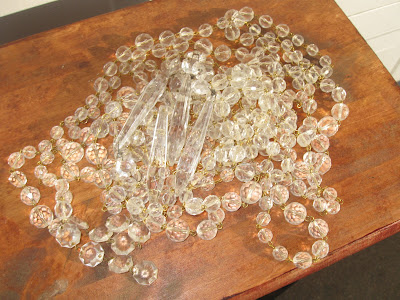 I did come across a tub of jewelry and I spotted a strand of Chandelier crystals in the bottom. I asked the man how much the string was and he said, "Oh, about 50¢.". Sounded good to me, so I continued to dig. I ended up finding about nine strands plus several individual crystals. 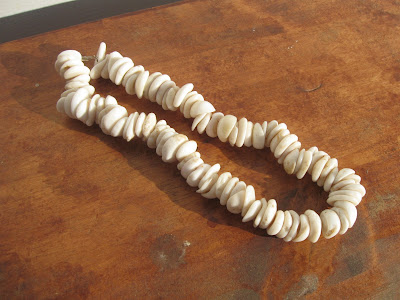 Then I spotted this nice old choker made of shell. 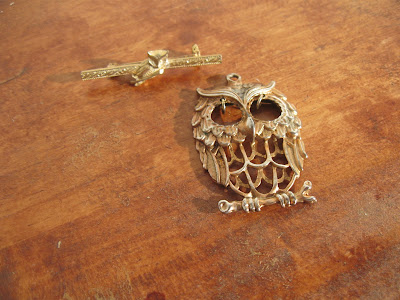 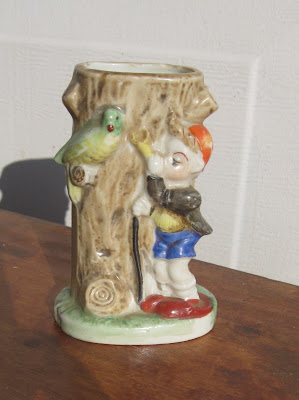 I dug this sweet old planter out of a box thinking it might be a couple of dollars. 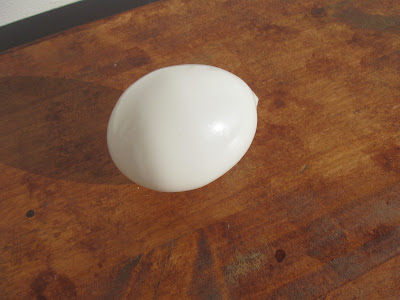 And this old glass laying egg for my collection.  Another buck or so, I was thinking. 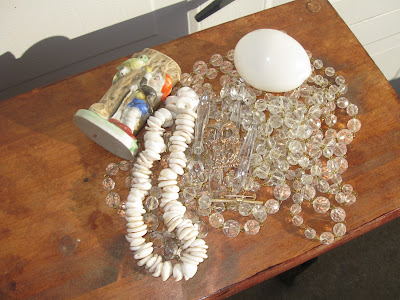 We're off to the first Christmas parade of the season.  Getting an early start this year!
Posted by Shara at 3:35 PM