Finds, The Booth and ebay

Due to the holiday, The Breadman had a different schedule this week. He was off today, which meant I could scour the Yard sale Ads and head out ALONE for some solitary junking time. Now, don't get me wrong, I like having The Bean with me and The Breadman too, but sometimes I just need to be alone and dig in some JUNK.
I left here about 9:00 enroute to a Church Rummage Sale. Oh, how those words make my heart sing. Church...la la la..Rummage.....la....la..la Sale. Oh, yea.  I drove completely out of my way in a different direction that I usually head just for this sale.  But, for a Church Rummage Sale, why not?  I'll tell you why not.  Because when I got there there was not one single car in the parking lot.  NOT ONE!  Then I saw a small sign that said, "Sale out back".  So, I went out back and went into a building, not knowing if I was walking into the Sale of the Century or some sort of Craigslist Killer's lair.  When I walked in, there were a few tables of items, mostly clothes and two people sitting there looking at me.  What a disappointment.  I did find two things, but neither were really worth the time or effort I took to get there. 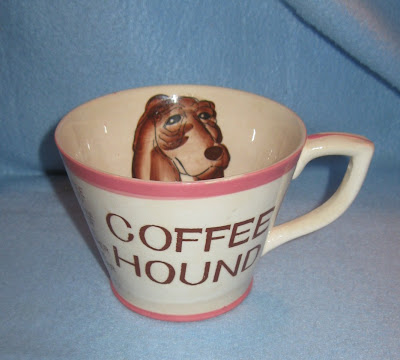 Made in Japan "Coffee Hound" cup.  I liked the doggie inside the cup and the pink edges. 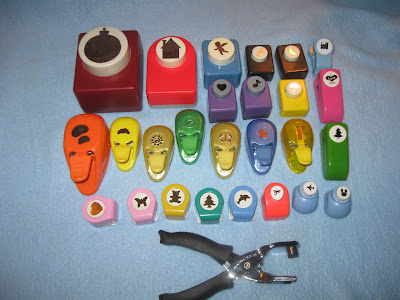 I got all of these punches and embossers in a big bag for $4.00.  I have a few of these and I know they can be pricey.  So, $4.00 for all of them was a pretty good deal.  Plus, I felt like I needed to buy something to make it worth my time...and theirs.
After I left there, I headed to the Super Cheap Thrift on a mission.  A couple of weeks ago I saw an old fiberglass hardhat there for $1.00.  A few days later, someone on YSQ mentioned that they had sold an old fiberglass hardhat for over $100.00.  YIKES!  Well, I went back to the Super Cheap Thrift not long after that, but I forgot to look for that darn hat!  But, today, I remembered and... 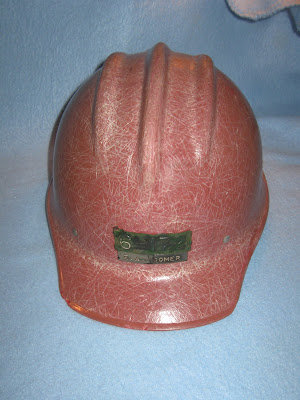 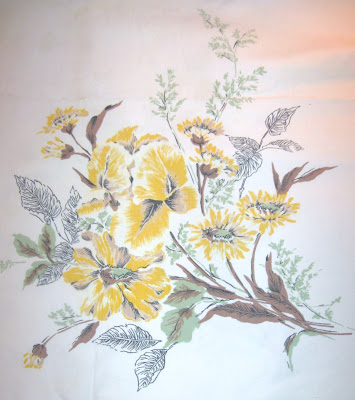 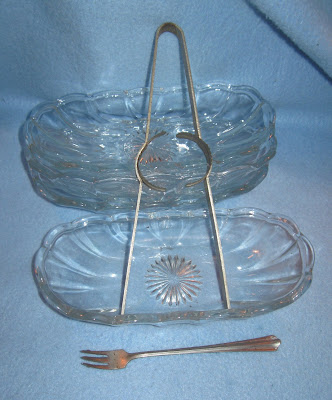 A set of four glass Banana Split Dishes.  To keep, for the booth, for etsy.  I don't know.  Two were priced 25¢, two were priced 50¢.  The hazards of different people pricing things....at least they were cheap!  A silver pickle fork and an old corn shucker. 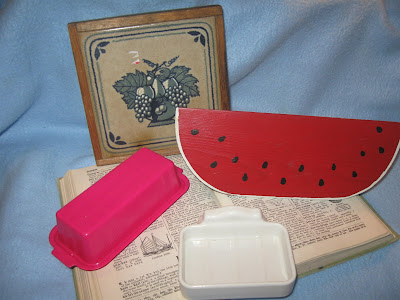 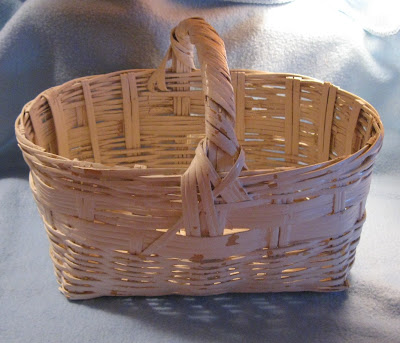 And, another good old egg basket with chippy white paint.
On the way home, I stopped at a yard sale and bought two things. 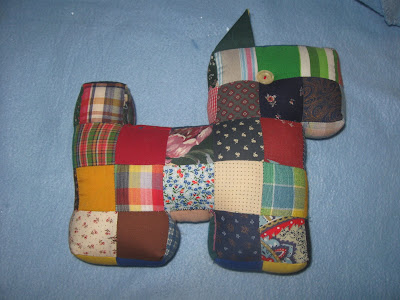 I thought this fun Scotty dog would be good in the booth or to put back as a gift.  He was 25¢ and cute too!


I didn't take a photo of my last purchase.  I spotted a really neat old metal fold up candy rack from a store that had a bunch of old kids flip flops on it.  There was a tag on it, which I suspected would say NOT FOR SALE, but it said, "$2.00".  SOLD!  I think it will be just the thing I need in my booth for odds and ends.
The booth, by the way - well, I only sold $5.00 the first two weeks. But, already this month, I have sold four or five things.  So, I think it is picking up.  I still have all month for sales.  I keep adding things, but I haven't really tweaked it or hung things up and made it "me" yet.  I got kind of discouraged about it after I only sold $5.00!  And, at the same time, I had sold one item for $125.00 on ebay with less fees and headaches.  We'll see what happens. 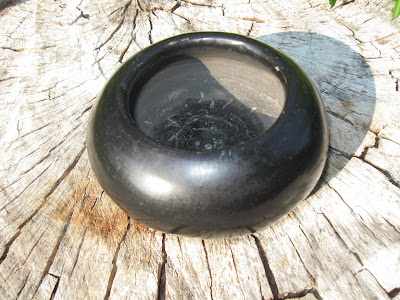 Speaking of ebay - Last Wednesday I stopped at a thrift and on my second walk thru (I always to two walk thru's) I found this pot.  As soon as I saw that matte black glaze, I thought it might be a Marie Martinez pot.  After I plucked the half melted Santa candle out of it, I saw Lupita Martinez on the bottom.  Well, for 45¢, it was worth a chance to grab it and look it up.  Turns out that Lupita was Marie's niece and her pottery is sought after as well.  So, onto ebay it went.  It ended tonight at $152.50*.   Yippee!
*I don't want anyone to think that I am bragging or tooting my own horn when I talk about ebay.  It's not really even about the money.  It's seeing something and thinking you know what it is and being right!  It's rescuing a black pot or a ball point pen or a shaker missing it's lid and getting it back to the hands of someone that appreciates it and enjoys it.  It's realizing that I do know a little bit about something.  I love that part of ebay.  Okay, okay, I love the money too.  But, you know what I mean!
Posted by Shara at 10:39 PM