Saturday morning I woke up and decided I needed a JUNK fix.  Just me and me alone.  The Bean decided that he would rather stay in the cool and play Wii while Dad took his Saturday nap.  I would decide later that they had the better idea when I found myself sick with the heat and puking my gus up.  But, let's not talk about that, let's talk about the junk!
I'm really not sure I got that great of stuff, but I got to leave the house alone like a big girl and go only the places that I wanted to go and do what I wanted to do.  The Bean likes Wii, The Breadman likes Razorback Football, I like yard sales.  So, there you have it. 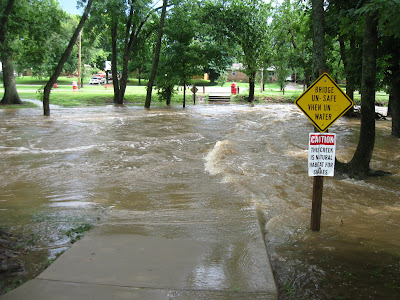 The one thing I consistently found all day was wet stuff.  On Friday, after nearly nine inches of rain in three days, we had another two inch downpour in less than an hour.  The sky absolutely just opened up and it was a downpour.  I was at the grocery store and had to sit in the parking lot and wait it out, plus it took me nearly a half an hour to make it less than two miles due to flooding and stalled cars.   That's the little creek down at our neighborhood park.  It's usually just a trickle.  Consequently, all the Friday yard sales got absolutely drenched.  Once all your crap is strewn on the lawn and soaking wet, you better start pricing it low. 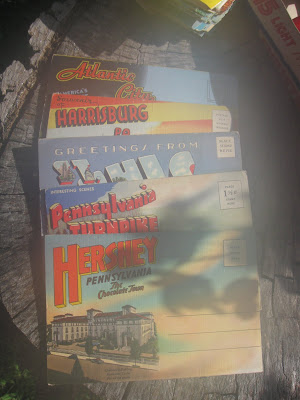 I got about an 8" tall stack of these old postcard packets.  I love the Hershey Pennsylvania one - can you smell the chocolate?????? 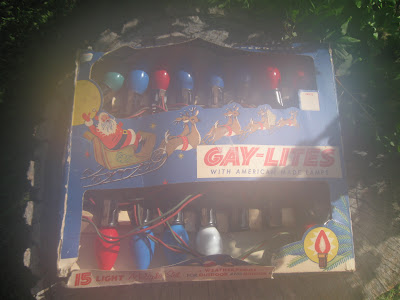 My favorite find!  FINALLY some vintage Christmas.  I've been wanting a box of Christmas lights with fun graphics for my Dimes Store Display and this one certainly fits the bill!  It was only $1.00.  Oh, wait.... 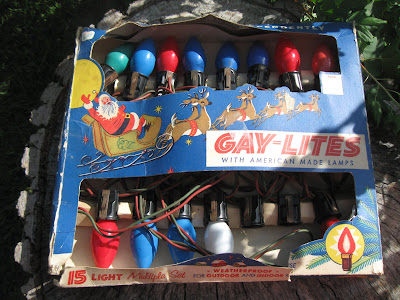 That's better!  It is so ding dang hot and humid that the camera lens steamed over.  Anyway, can it get any better that GAY-LITES????? 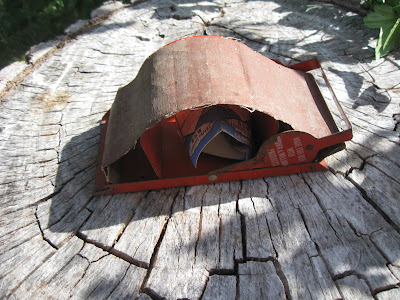 An old cigarette roller.  This will go on ebay or I might roll me a few of my own.  ha. 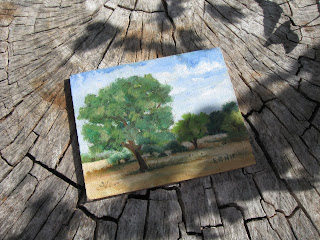 A wee tiny oil painting.  I love little things like this. 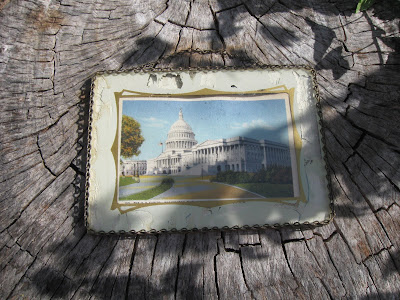 A postcard of the Capital behind glass for my Patriotic Display. 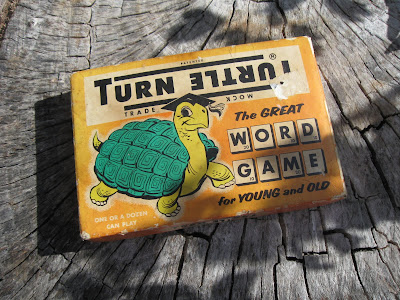 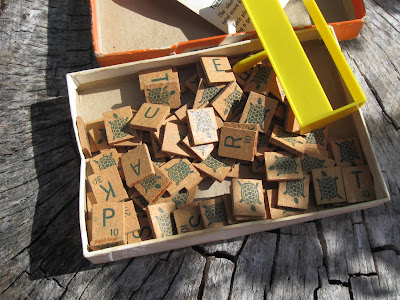 The pieces look like Scrabble Tiles with turtles on the back.  We're going to attempt a rousing game later this evening.  I'll let you know how it goes! 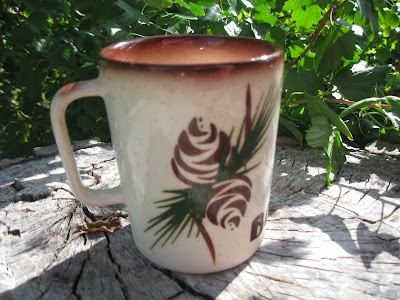 A fun old pine cone cup with the name BOOTS on it.  I don't know anyone named Boots.  Oh well. 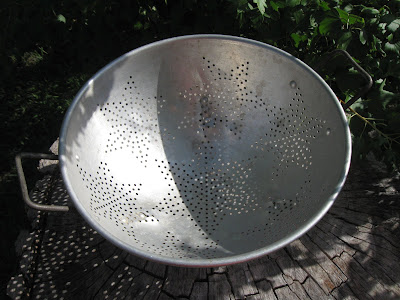 A gigantic old colander with a star design.  I love this thing!  I stopped at my local Serve Yourself Produce Stand yesterday and filled it with tomatoes, green peppers and banana peppers.  Yum! 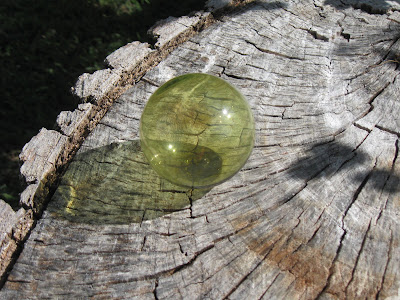 A glass fishing net float for my collection.  I'm always happy when I find one of these. 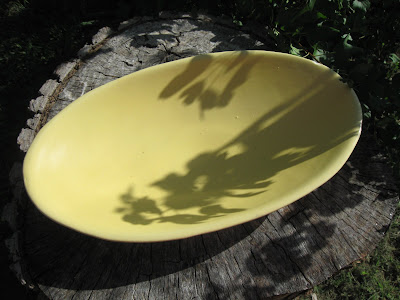 A HUGE piece of yellow pottery.  This thing weighs a ton.  That is a giant stump that it is sitting on.  And, it pretty much fills the whole thing up.
The last sale that I sent to was just a bunch of stuff scattered on flatbed trailers and on tarps in the parking lot.  By this point in the day, I was very hot and not feeling my best.  But, that didn't keep me from stopping, now did it?  The first thing that I saw was the Turn Turtle Game and it was priced $9.99.  I figured I was going to leave empty handed, when the man having the sale told me to "Completely ignore the prices...Seriously"  he said.  So, I picked up the Turn Turtle game, the glass framed postcard, the cigarette roller, the Christmas lights and the postcards and waited to see what he said.  "$3.00 he said.  SCORE!  When I was driving home, I remembered that he had also told me that I could fill up a box for $15.00.  Crap - I could have packed a box full of good stuff!  I guess the heat was getting to me!
So, what did you find this weekend?  And, was it hot?
Posted by Shara at 10:00 PM