Welcome to today's edition of "What's the matter with The Bean?" Yes, I knew it. I jinxed it. The Claritin-D saga continues. His mental state is much improved and I am happy to see the old Bean come back. He had been so out of it, not paying attention, not answering questions, just sort of sitting and staring a lot. But, his personality is coming back. On Friday he sounded a bit congested. By last night he was holding his chest and having trouble breathing deep. I took him to a Medi-Serve Clinic this morning. We were second in the door and in and out in less than an hour. The doctor was a retired doctor that travels around to the local MediServes and fills in on the weekends. He was fantastic. He understood everything that had been going on. I told him about the abdominal pain and being referred to a Psychiatrist and he all but got mad thinking about it. "Terrible!" he said. "A shame" he said. "Bad enough to have a stomachache and then be told you are crazy on top of it!", he said. He was funny. He prescribed the Bean a Z-Pac and a decongestant that doesn't have any of the same ingredients as Claritin-D, so this should fix him up. Tomorrow is "Do or Die" at school. He comes back 100% or we talk about Homeschooling. The doctor was adamant that he not go to school for two days. He's incredibly sick and incredibly contagious. He wrote us a letter and an excuse. I've emailed the Counselor with the latest saga. Lord willing they will give us a few more days. If not, I'm a Homeschooling Mom. Which, I really wouldn't mind. But, he would miss his friends and lots of aspects of school. I'm sure they can give us a few more days. I am so tired of this mess.

Yesterday I did have a minute to sneak over to a yard sale at a friend's house. She said they had no one come to their sale and she was packing it up. That was nearly noon and she had only sold a few things. The city made this new rule about signs being 15 feet from the Intersections, so people are putting signs in all crazy places and you really cannot see them. I've had a hard time spotting signs and I'm looking for them. Some people just drive by, see a sign and stop. They don't live and breathe yard sales. Can you imagine? Anyway, I spotted this quilt under a table in a box and grabbed it. She said it was probably close to 100 years old and all hand sewn and I knew it would be expensive. But, she asked if $4.00 was okay. Yep! 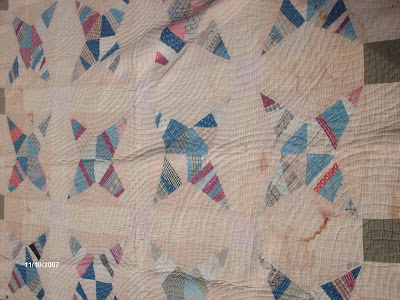 It needs an Oxi Soak, but I still think it's great. She thought it was a cutter, but it's really in pretty good condition. The edges have wear, but that's just part of an old quilt if you ask me. 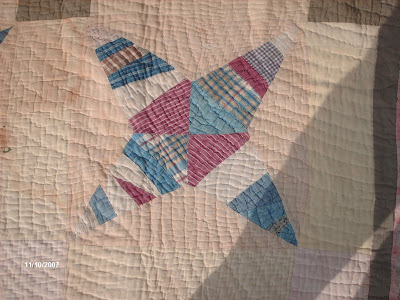 I got his nice storage basket for $1.00. I've really taken to nice sturdy baskets for storage instead of Rubbermaid totes and the like. I don't know what I will store in it. 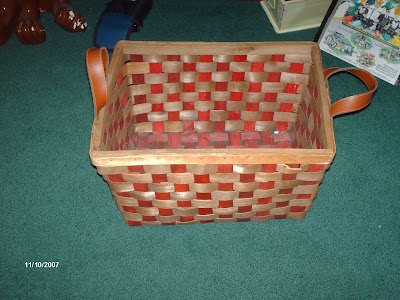 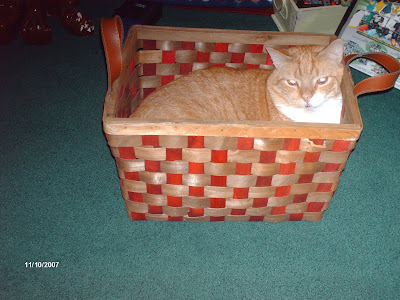 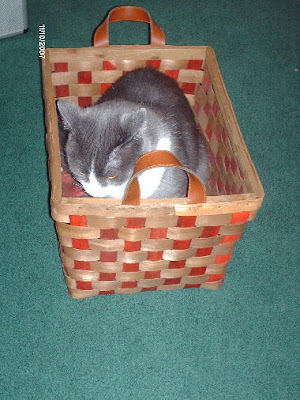 I got this jewelry box made out of a cedar log for $1.00. It smells great and is a piece of folk art. Not sure if I will keep it or take a chance on ebay with it. 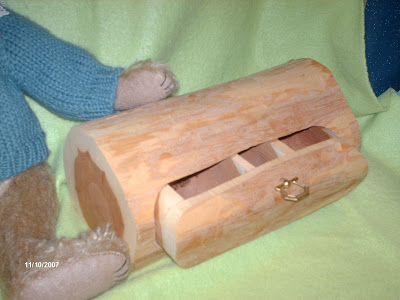 And this little set of honeycomb Thanksgiving decorations set me back a whole dime. They are from 1986, which isn't true vintage, but still sorta vintage. 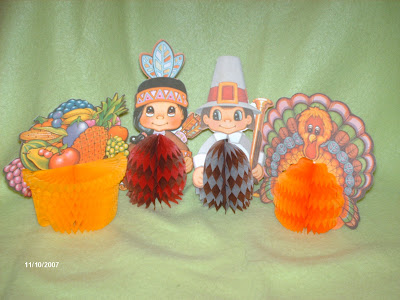 ~~~~~
The Bean and I missed an opportunity for quite an adventure yesterday. The local Taco Bell burned to the ground. It caught on fire at 2:00 in the afternoon. They got all the customers and employees out, so that is a very good thing. The News said you could see the flames from mile away. Now, that would have been something to see! 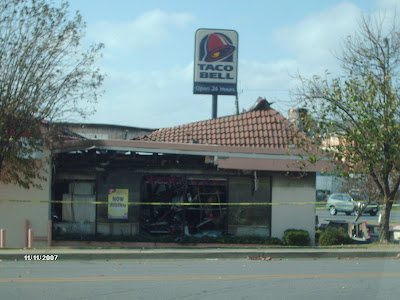 The flag was still in front of Taco Bell flying high today. It was cinged on the ends. I thought it was fitting to see a battle wound flag flying on Veteran's Day. I hope they keep it and fly it in front of the new one after they rebuild.
Posted by Shara at 8:38 PM