From the Gallows to the Giant Cow - We Saw It All

I've got two loads of towels on the coffee table waiting to be folded, a set of sheets waiting to be put on DS's bed and all the cleaning products laid out to clean the bathroom. So, it seemed like the obvious time to come update my blog! 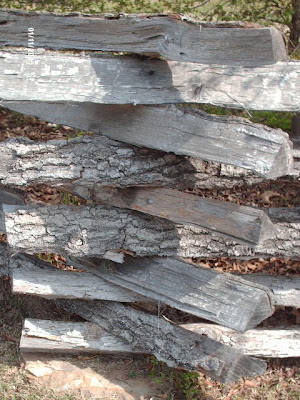 This was an old split log fence that ran around the perimeter of the old Gallows. The Gallows were the sight of public hangings in the 1800's. The town of Fort Smith only had 2,500 residents, yet when a hanging occurred nearly 5,000 people attended. And no women or children were allowed - so that was 5,000 men that came to watch a hanging. No phones to alert the neighbors, but word of an impending hanging spread like wildfire. 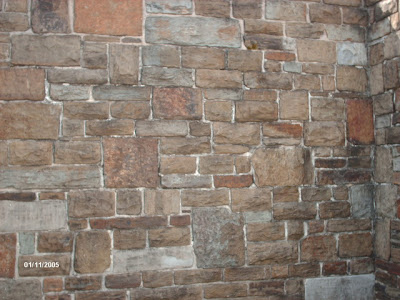 This is the stone wall that stands behind the Gallows. I thought the white mortar made the stone really pop. I'm sure that's what the bystanders and the people being hung thought too. ;o) We visited the Executioner's home. He lived a few blocks from the Jailhouse and the Gallows. He hand made each noose at his house. When he left the house to go to work, the neighbors and bystanders would see that he was carrying a noose and start spreading the word that there was going to be a hanging. People would come from all over to watch. 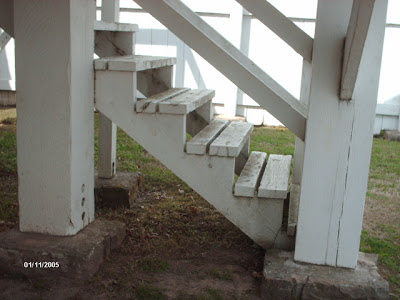 These steps lead up to the Gallows. I have visited this place before when I was in Junior High and High School on Field Trips. We all climbed the steps and feined fake deaths as we pretended to be hung. Oh, how funny we thought we were. But, now that I am *cough* more mature, the Gallows were a very chilling place. Knowing that men, women and Native Americans were all hung there was very eerie. The very first person was hung on my birthdate a hundred odd years before my birthday. Oh joy. 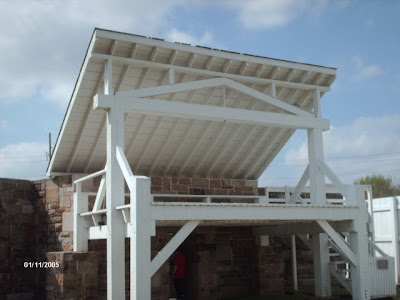 Here are the actual Gallows. They could hang 12 people at once and apparently did so often. You can't go up there anymore, which I think is a good thing. Too many photos of dumb kids pretending to be hung and laughing about it. 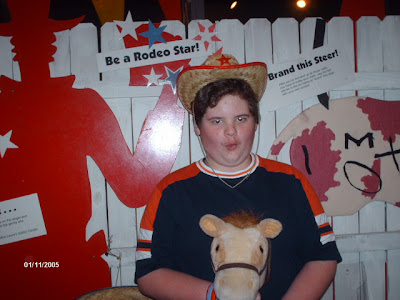 And now for the less arsty, but more amusing photos. This is DS when he broke into the Toddlers Only area and wrangled himself a stick pony and cowboy hat to view the Rodeo Exhibit in the museum. This will be a good photo for his Wedding Slideshow. 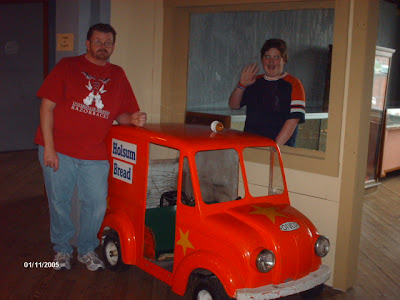 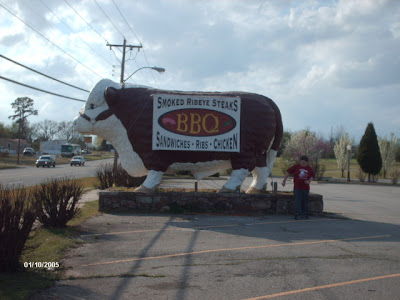 Here is DS standing beside the GIANT COW at the Pig & Pepper BBQ Resturant. They weren't open yet so all the cooks and waitstaff were outside smoking cigarettes. They thought we completey touristy and nerdy for taking a picture with the GIANT COW. Hey, we are easily amused in my family. And we are non-bovine eaters. So, we wanted a picture by the GIANT COW - get over it.
Posted by Shara at 9:28 AM