Lots of stories and pictures to share!  But first I have to unload the vehicles, put on some sunburn gel, take an Advil and eat a well rounded meal (not carnival/cooler food).  But, I'll be back!!!!!

Until then, here's the line: 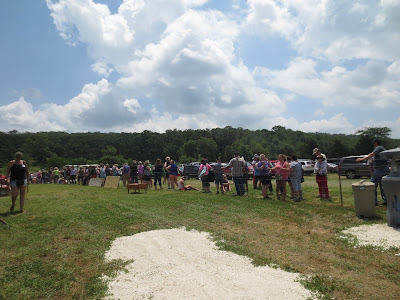 Line starting at the gate. 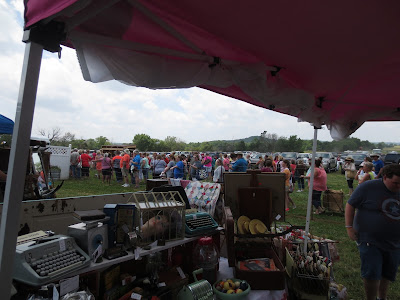 Line around the corner. 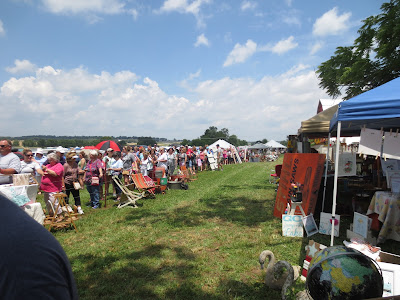 Line all the way down as far as I could see.  I'm told that it turned and was that long again.
Plus that is a double line - double people. 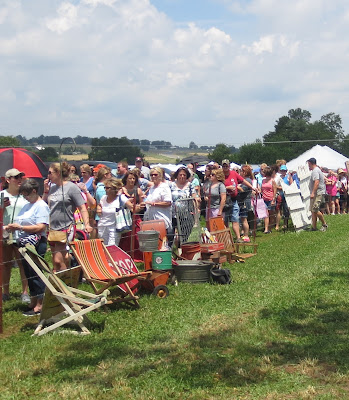 If you look in the distance, that is the highway that leads to The Junk Ranch.  At one point, traffic was lined up as far as you could see on it (over a mile back) plus all the people coming from the other direction that we couldn't see and all those people in line, plus the cars parking and people walking to the line.  It was crazy.  Since I was right on the ticket line, we had quite a crowd watching our every move and saying things like, "HEY, HOW MUCH IS THAT GLOBE?"  Then, when I responded he said, "WHAT DO YOU THINK IT'S MADE OF? GOLD? and the crowd heckled.  I thought oh no, what is this crowd going to be like?  But he was the only crank I met and I imagine the heat and sun was getting to him.  It was SO hot.  Anyway, I sold that globe for my asking price so maybe it was made of gold, SUCKA! 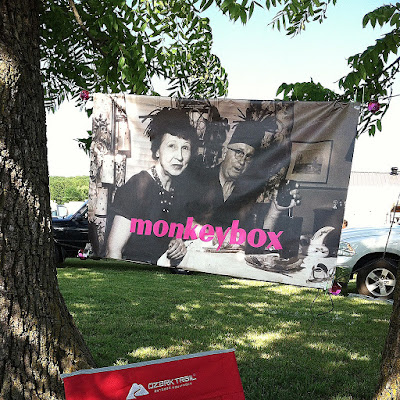 Okay - more later!!!!!  Thanks for all the emails and texts offering me love and support and all the people that stopped by to say Hi and that brought me presents.  You guys ROCK!
Posted by Shara at 11:03 AM