...and all I got was this lousy rabbit. 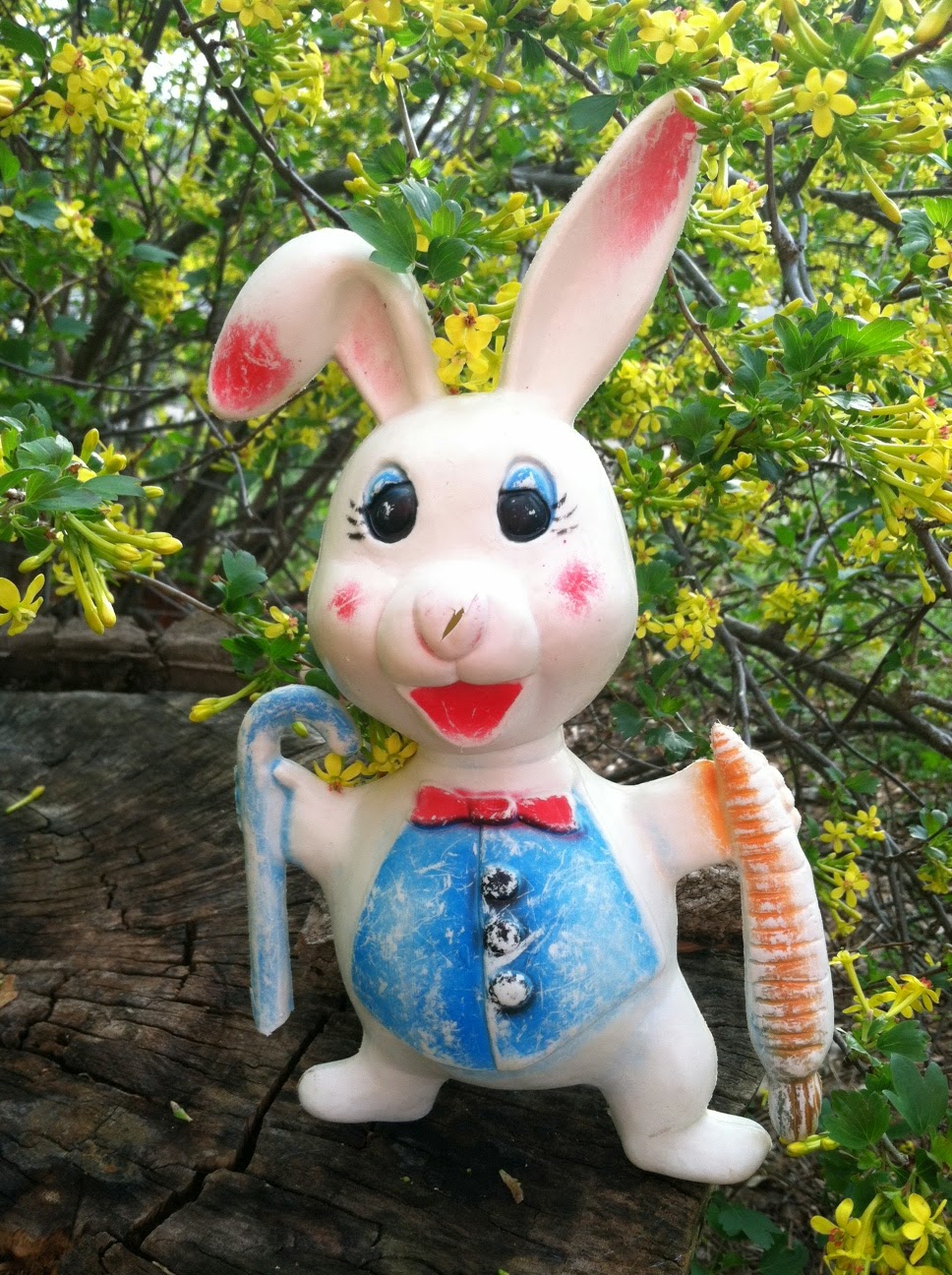 Now, don't get me wrong - he's vintage and he's kind of wonderful. Not to  mention he was only 50¢.  But, in the whole thrift store, this was the only thing worth buying.  And what's worse, I went to another thrift store and left EMPTY HANDED and then went to ANOTHER one and left empty handed again.  WHERE HAS ALL THE JUNK GONE?

Heck, The Bean had a better run at junk than I did! 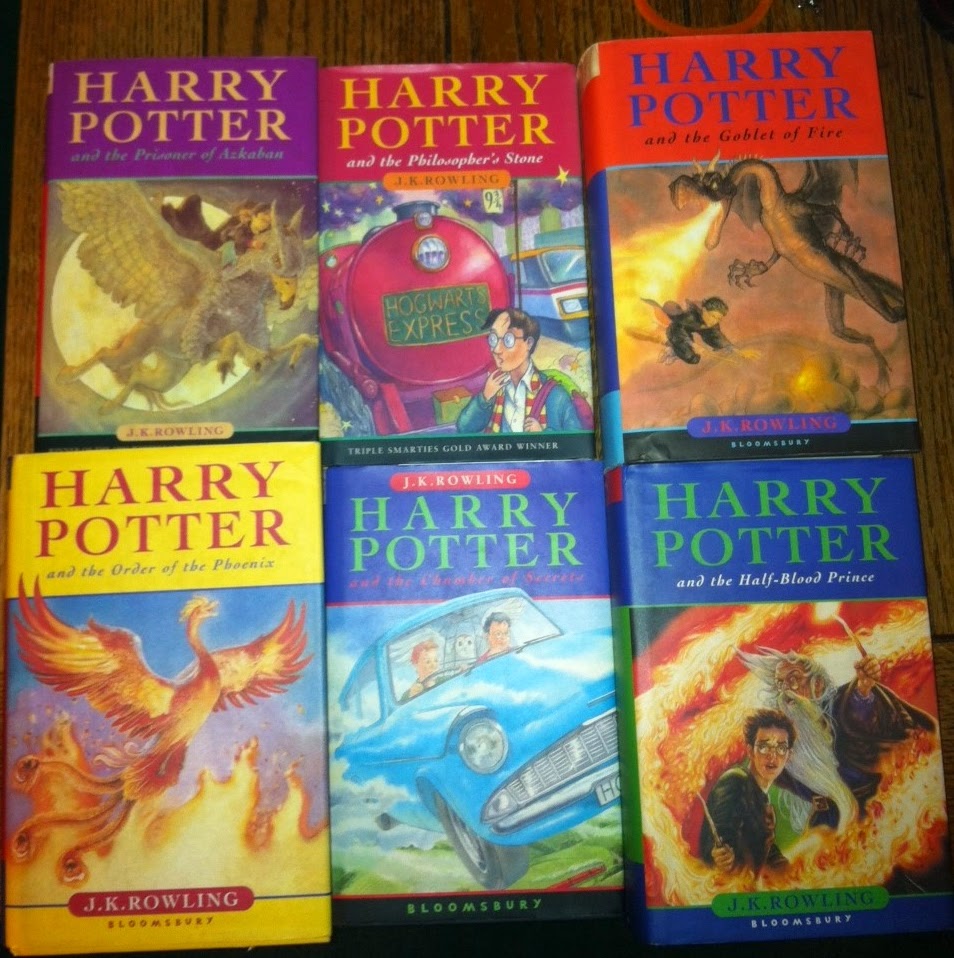 He got the complete set of Harry Potter Books (there's one under one of these for a total of  seven books) from the UK.  The first one was called "Philosopher's Stone".  The last four are all first editions too, which is pretty cool.  Inside a few, the original owner wrote things like, "Purchased with Louis on 3-15-2001 in Paris."  He's quite proud of his new addition to his book collection.  He paid $19.95 for the complete set, which in normal thrift store book prices is a lot, but for what this was - I'd say that is a heck of a deal! 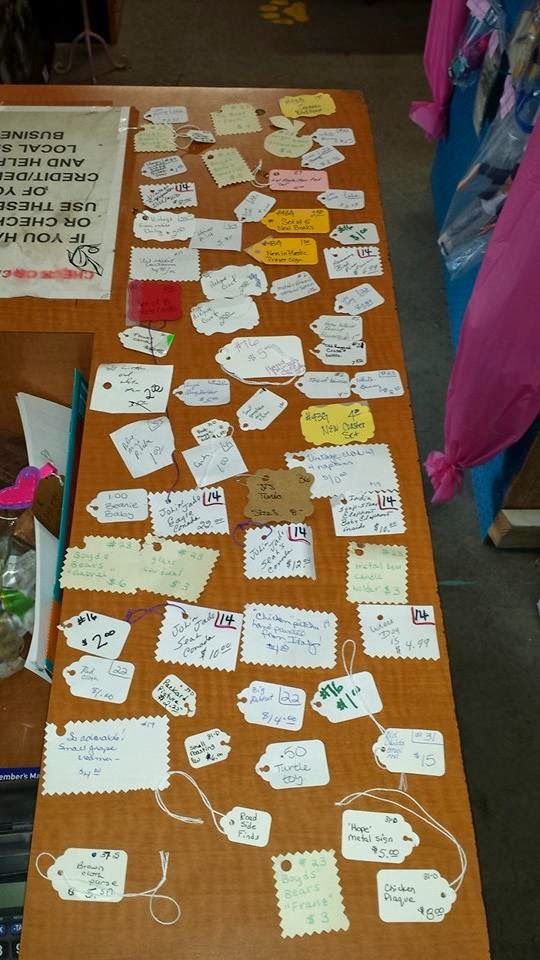 I don't know who it was or why the did it - but this was one purchase from one person at the flea market today.  That is a lot of tickets!  I'm sad to say that none of them are from my booth (BOO HISS!), but MAN, that is a lot of stuff!

Have you found any good junk?