Junk and Journeys: It's the Pits

Today when I stopped into Goodwill, someone was in the back corner plunking out the first eight notes of "Chopsticks" on an old piano.  They played it over and over and over and over.  The store is big and all ceramic tile and metal shelves, so the sound really resonated across the whole building.  As I walked up and down each aisle, the consensus among the shoppers and even the employees is that this incessant "Nuh Nuh Nuh Nuh, Nuh Nuh Nuh Nuh was getting very old, very quickly.  But no one did anything about it.  I was just about to call it a bust and leave when a little girl about four, hands clasped tightly over her ears - elbows pointed up in sharp triangles -  came running across the store, over to the piano and began jumping UP and DOWN, UP and DOWN yelling at the top of her lungs, "SHUT UP, SHUT UP, SHUT UP, SHUT UP!" God Bless that little girl.

All I got at Goodwill was a Scrabble game and that story.  :)

Saturday I went to an Estate Sale that was well into it's second day.  All they really had left was books - lots and lots of books. There were boxes and boxes of very nice library quality books.  When I paid, I found out that the wife is the head librarian of the local high school.  I found The Bean ten very nice books about Dragons, Mythology and Fantasy.  Books were $3.00, but half off that day, but the nice lady only charged me $1.00 each since it was so late in the day.  We looked up the price of the books when I got home and the very first one sold last week for $99.00.  Score!  I said, "Read that one first so we can sell it!"  He probably won't let it go - he loves his books.

The other thing that they had at the sale was wood, lots and lots of wood.  There were huge chucks of wood of all sorts out in the shop building and carving tools.  When I spotted a big box of peach pits on the workshop table, I realized that in a round about sort of way, I knew the man that had lived there.  He did wood carving, peach pit carving and made pottery plus he had greenhouses and had sold produce to my Dad at the store for many years.  I asked if that was him, and it was.  Most of his carvings were pretty pricey - pricey for me anyway. 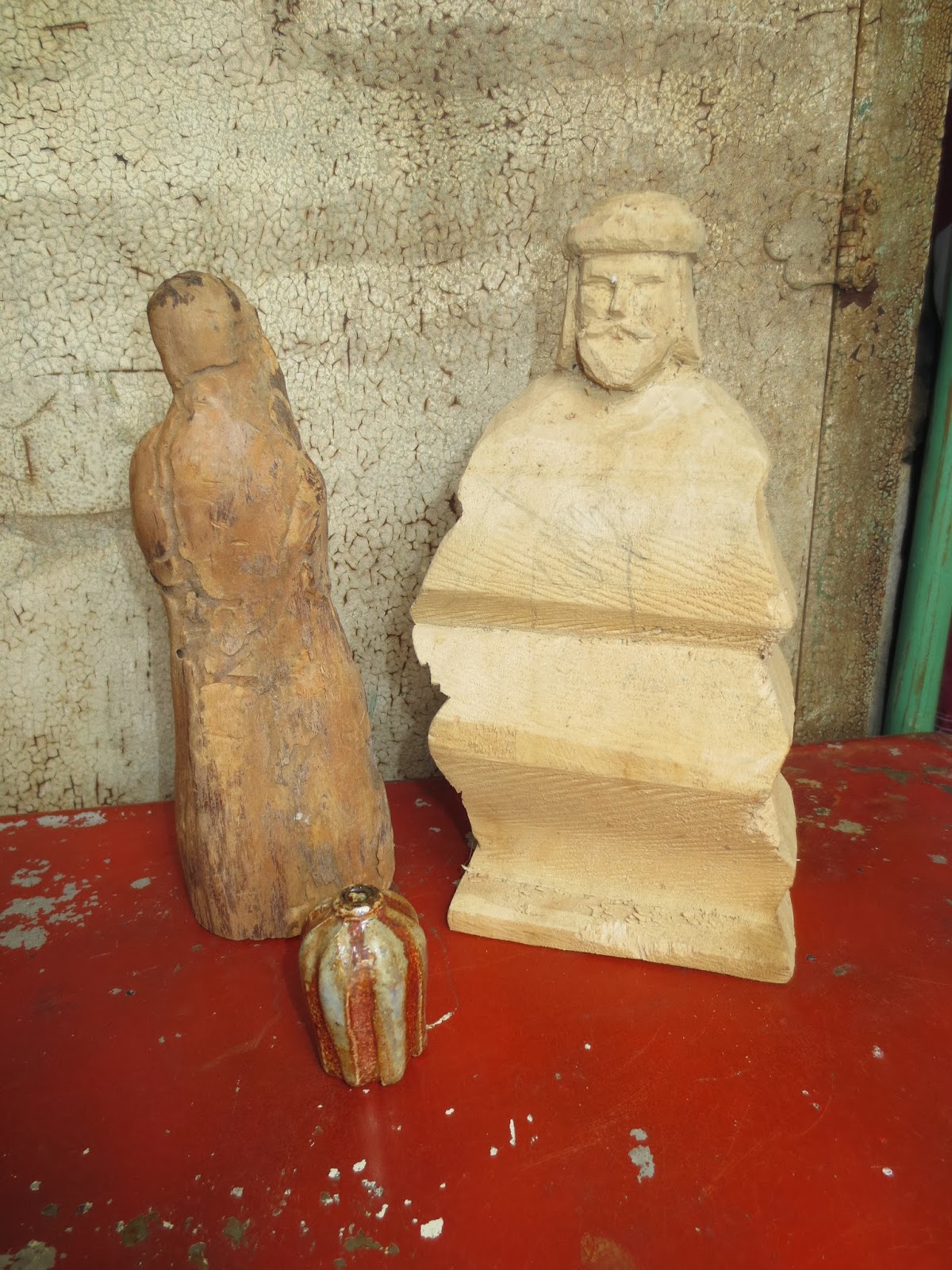 I went out in the shop and dug around in some scraps and managed to find these two pieces. The one on the left is a Cypress Knee that looks like a lady to me.  The other is the beginnings of a carving with a head on it.  Inside the house I found this tiny piece of pottery that he had made.  The Cypress knee went in our nature collection and the pottery is in my cabinet of mini pottery.  When I mentioned that I knew the man, they gave me the carvings and only charged me 50¢ for the pottery. 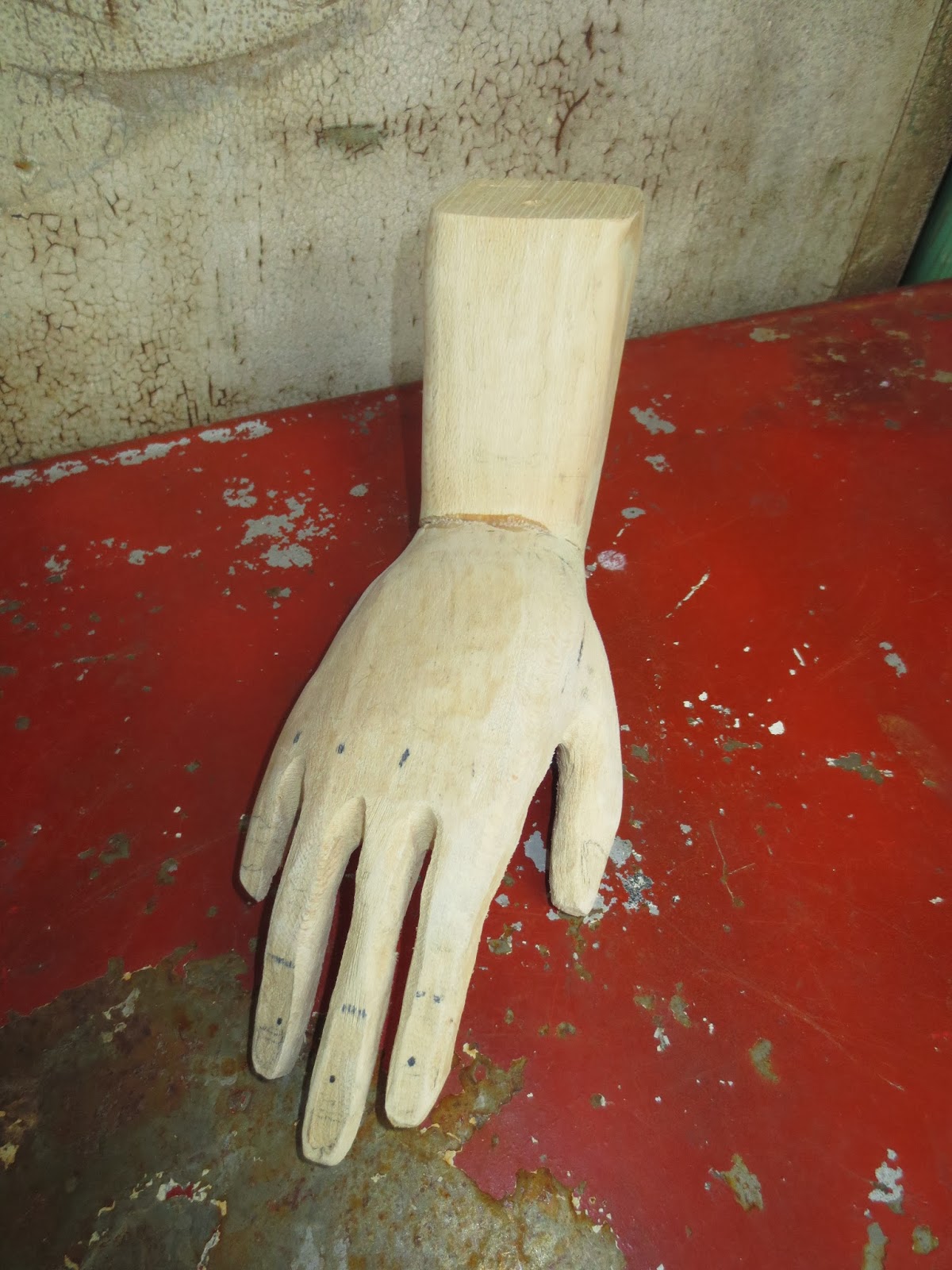 And then, in a box of kids junk, I found this carved hand.  When I went to ask how much, no one had seen it.  They were astonished that no one had found it in all the months of sorting.  (This happens to me a lot, I swear.)  The decided that I deserved to have it for $1.00 since no one had ever seen it before.  I think it's really cool.  I will use it in my jewelry display somehow. 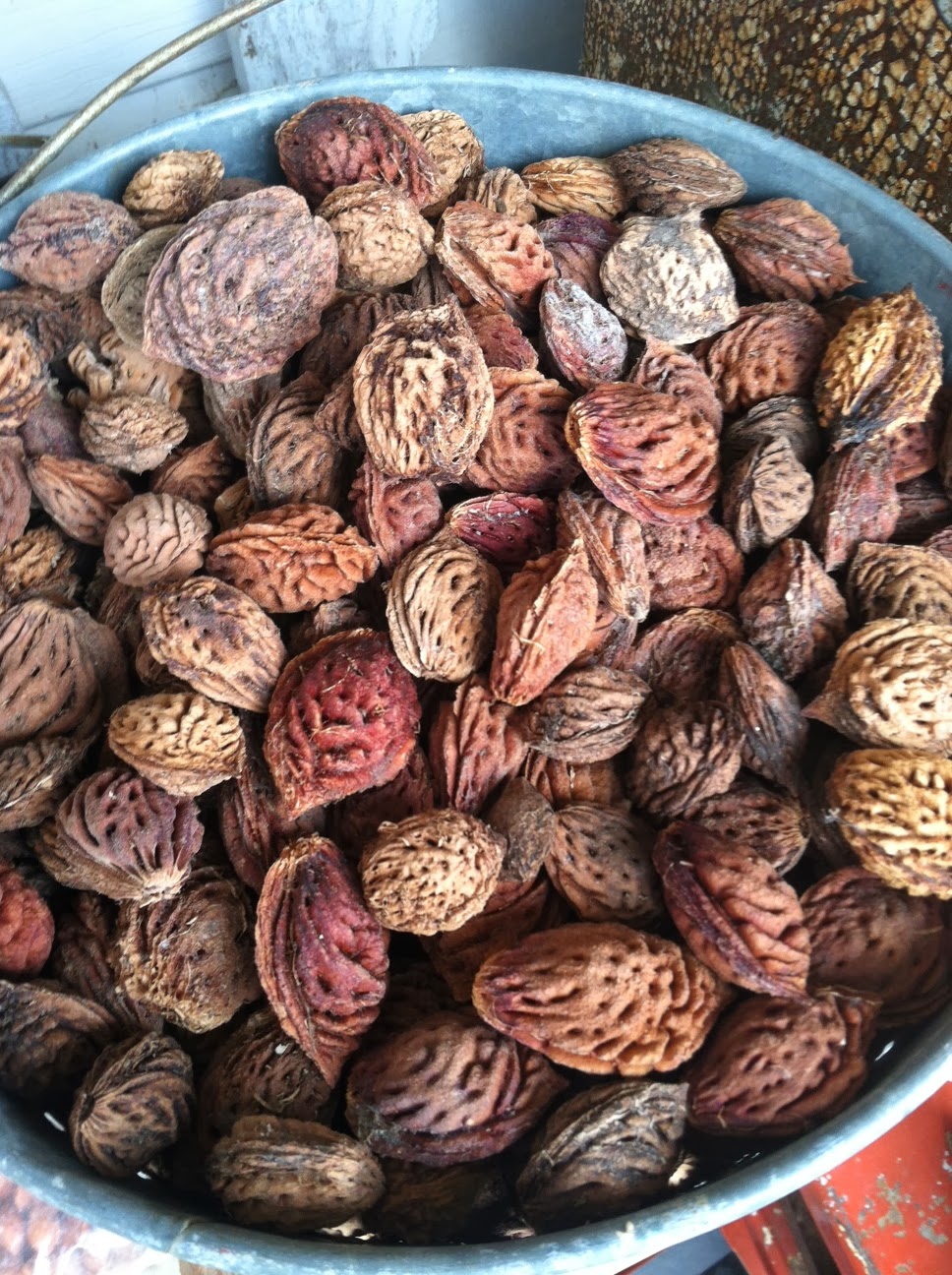 On the way home from the Estate Sale, I stopped at a thrift and was rewarded with two things. 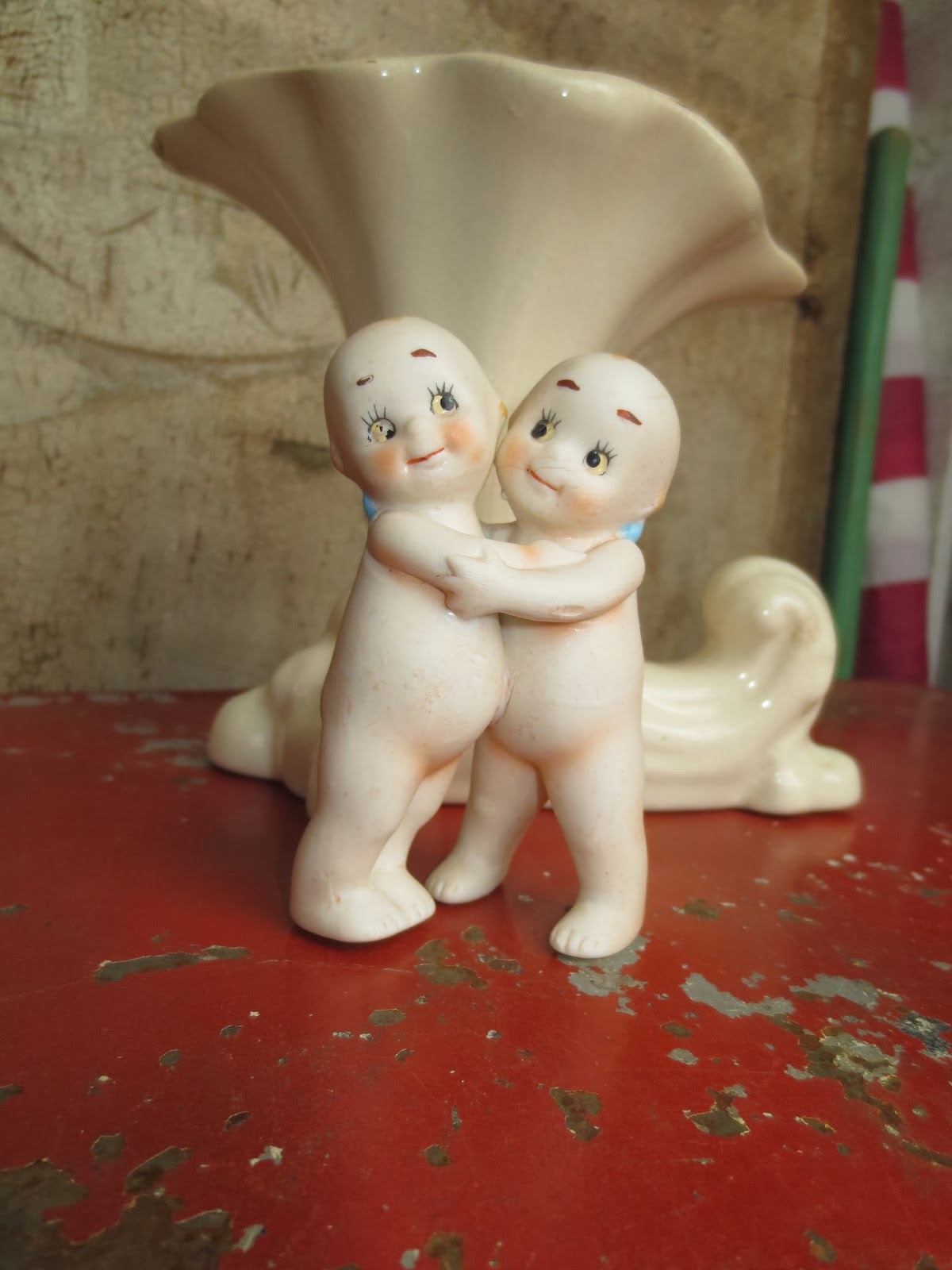 A nice piece of old white pottery for 99¢ 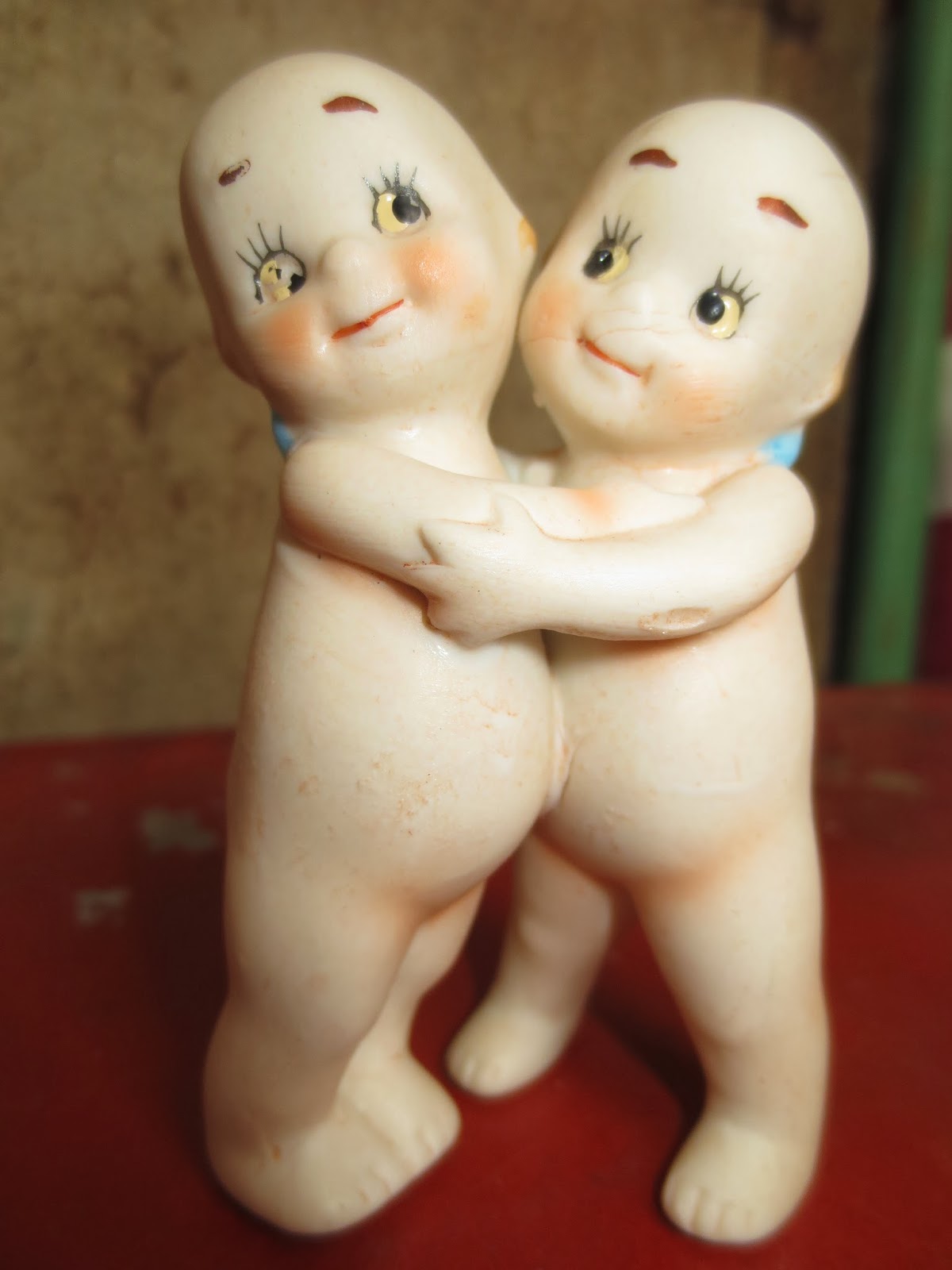 And these completely adorable Kewpies for 99¢. 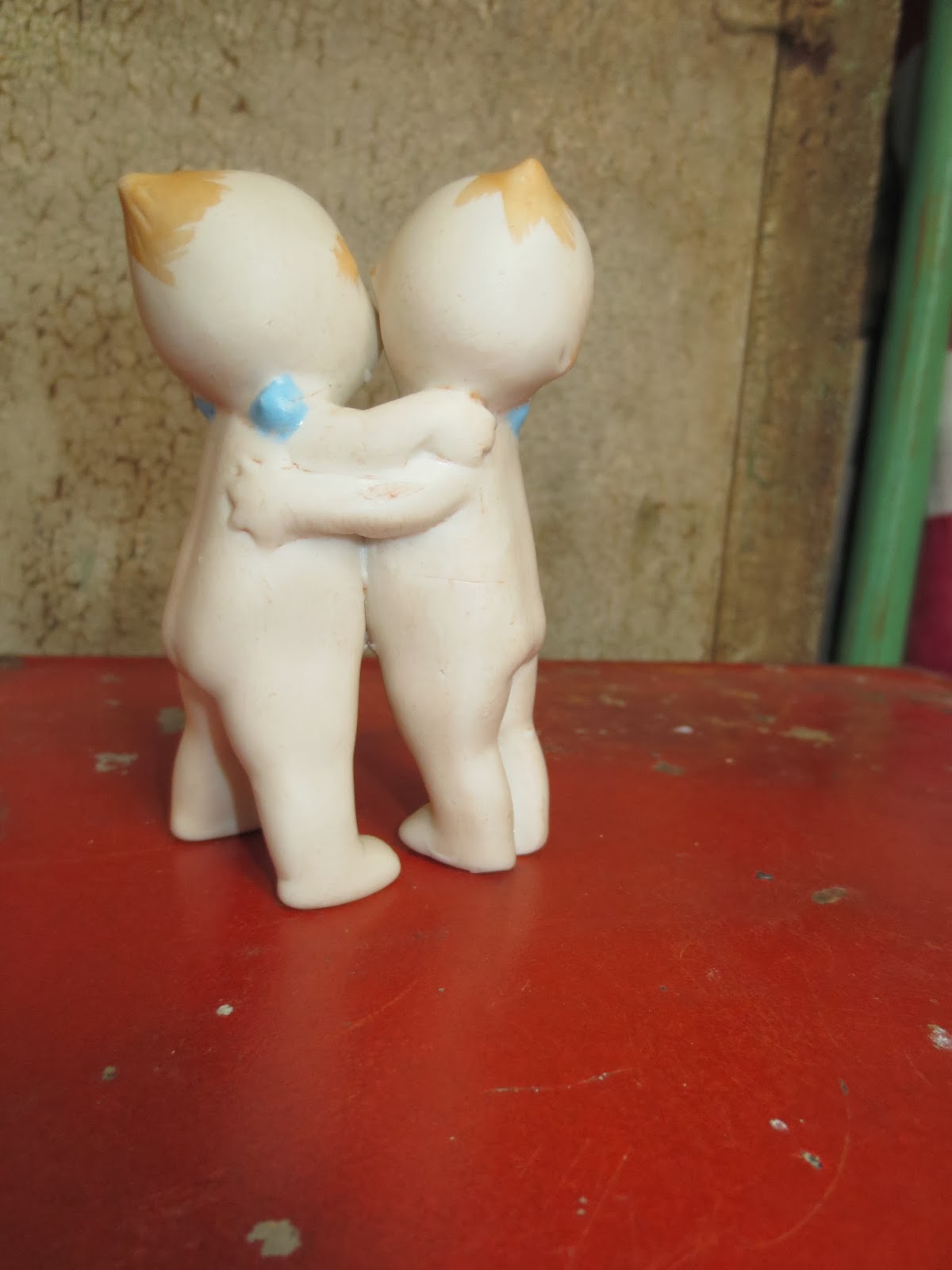 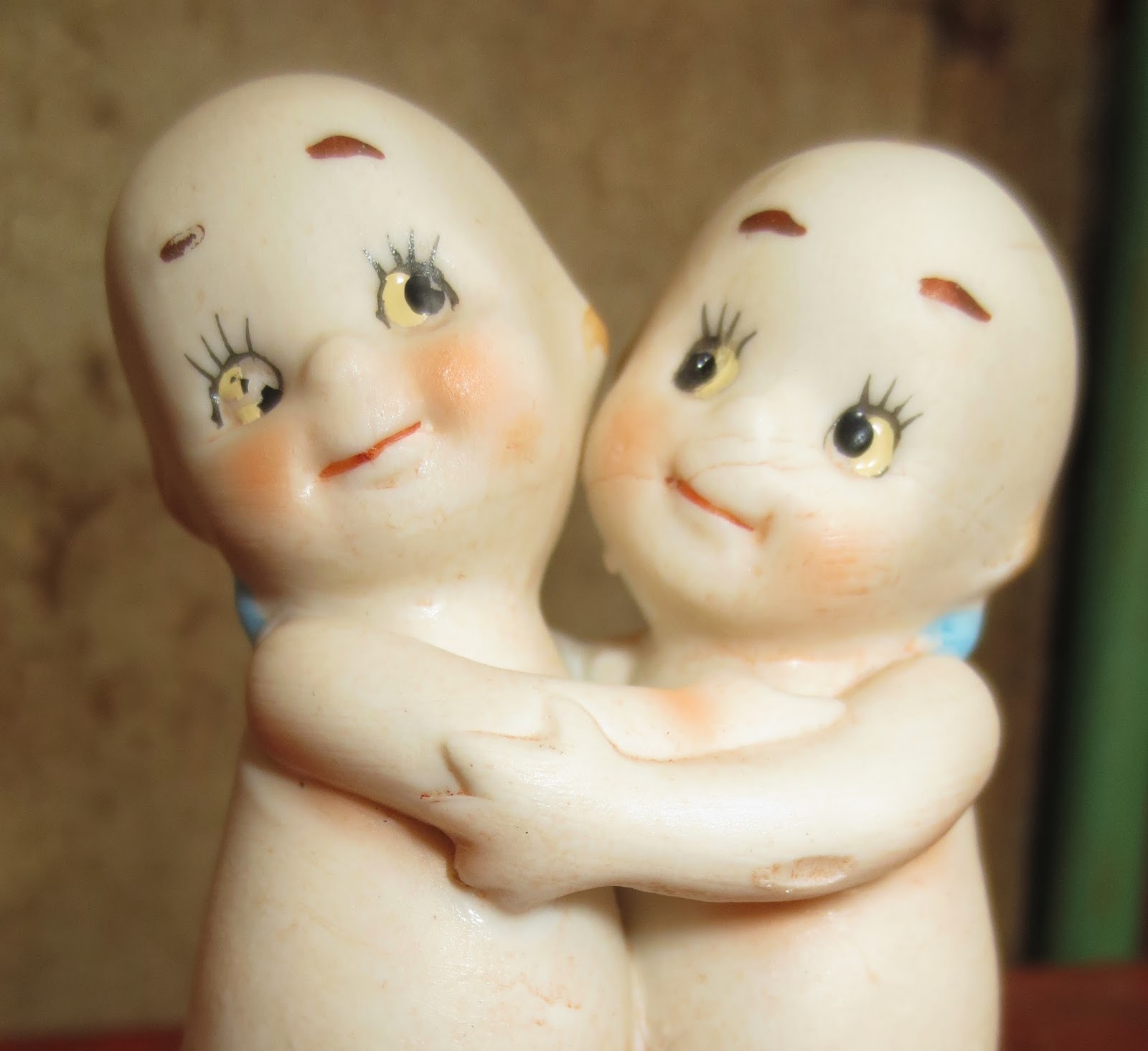 Really, just too cute.  They made my day!

Tomorrow is a WORK day at the Flea Market.  I need to get it all straightened up and stocked before the SLEET! and FREEZING RAIN! and SNOW! come this weekend.  Holy kukamunga!

**Before I forget - sometimes I wonder why I only have three comments or so on the latest post (I get the comments sent to my email and read them there so I can respond to them).  The other day I went over to my actual blog (Whodathunkit) and discovered that not all the comments were coming to my email!  So, if you have left a comment and asked me a question - I wasn't ignoring you, I just never got the comment.  So, now I will read the comments ON the blog.  Lesson learned!  *Part of the reason may be the 2,358 SPAM comments one person has posted every thirty minutes over the past two weeks.  I swear!
Posted by Shara at 11:19 PM