My Mom is home again.  Jiggity Jig. Jiggity Jig.  That's not to say that she is healed or back to herself.  She still has a lot of limitations.  She is also considered to be "home bound" so she has two therapists and a CNA that will come to her house during the week.  She will still be busy, but at least she is in more familiar surroundings again.  Her own chair, her own TV, no roommates, food of her choice, bedtime when she's ready, etc. All of the breaks and injuries that occurred with the fall have completely healed.  But, she has nerve damage in her arms that makes her right hand almost useless.  She can do some things with it, but very little. The therapists are still working on it and have hopes that someday it will be as good as new again.  KNOCK WOOD.

I went out again today to help her make room for her walker and her wheelchair to easily more from one room to the next and to get her things where they are more accessible for her.  My step father is there, but he, of course, but he's well......(Do any of that side of the family read this blog?  Think WOMAN think.......No, I don't think they do) .......he's a MAN. When she goes to the bathroom I check on her to see if she needs anything and wait to make sure she comes out okay.  Not him.   Nope.  He wouldn't notice if she went missing in the bathroom for three hours.  He loves her very much, but he's just not very aware of his surroundings.  I asked him to do a few things today and he did them right away.  So, I think he's like The Breadman.  He'll do anything, you just have to ask (Okay, TELL) him to do it.  So, she needs to ask for things.  She can and will do a lot for herself, but if he's in the kitchen getting a drink, maybe he could make on for her too?  I think a lot of that has to do with the differences between men and women.  We are MOM's.  We think about everyone else first and do things for everyone first.  Most men?  Nuh-uh.  (And to any men that might be reading this that are sweet and caring caregivers......WILL YOU MARRY ME?)


Oh, what's that title up there?  A Church Sale.  I nearly forgot.  On the way to see her, I came across a Church Sale in a tiny town along the way.  It's usually outside on the lawn, but for some crazy reason it was freezing (literally) today so they moved it inside.  It wasn't huge or crazy full of vintage things like some Church sales I read about out there in blogland.  But, I found a few things to make it worth stopping. 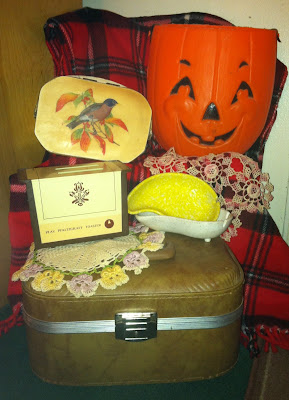 A train case, two vintage doilies, two abstract Melmac ashtrays, an old wooden box purse with a bird on it, a huge vintage trick or treat blowmold pumpkin and a vintage woolen throw. 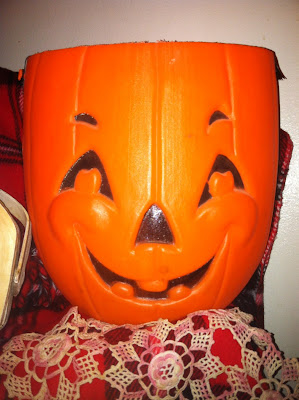 I don't think a kid could lift this thing once it was full of treats.  The handle is inside, but it's there. 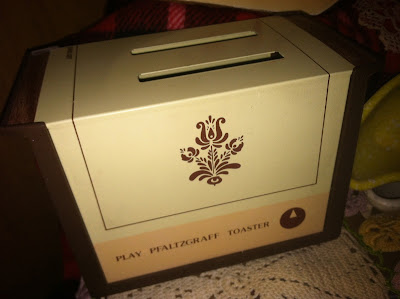 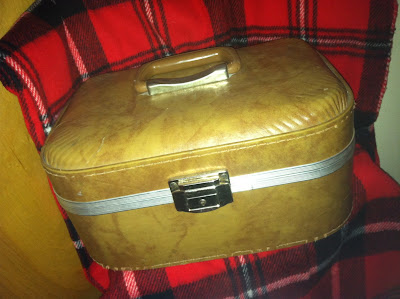 That train case again.  I consistently sell these for $18.00 at the booth.  So, finding this one for two bucks was great. 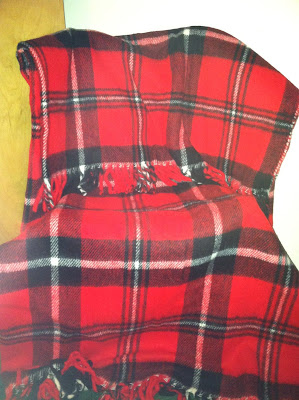 Such a crappy picture.  This vintage Faribo Woolen throw was still sealed in it's original plastic storage case. I bought it to put with my tailgating display, but it's kinda toasty and warm and sweet.  But that could be the aforementioned freezing weather we had today.  At $2.00, I guess I could keep it and not break the bank. 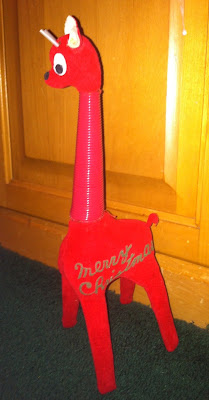 Now this thing, it's just weird.  It looks like a Dakin Dream Pet, but it has that big spring as a neck.  It says "Merry Christmas" on it's side so I would think it was a deer - but it looks like a giraffe.  I am thinking that you might stick Christmas Cards in his neck, which, let's face it, is kind of a stupid look, but I think that's really what how it was intended to be used. 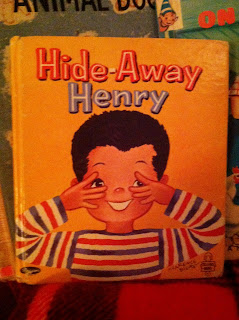 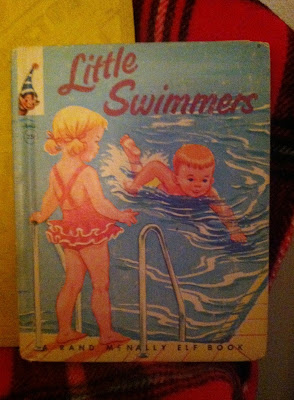 Little Swimmers which is really just too cute. 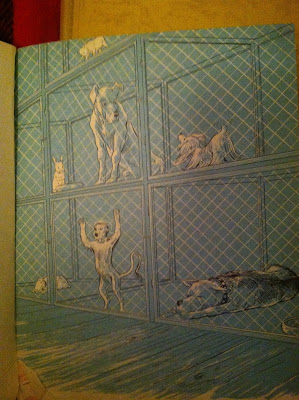 A book titled, "I want to be an Animal Doctor" in which I spotted that ungodly freakish creature in the bottom center.  Upon actually reading the book I found that it is a MONKEY.  Oh, hell no.  That's no MONKEY.  That is the spawn of HELL! 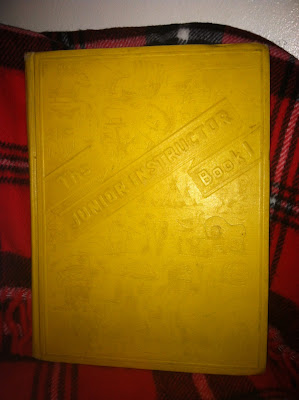 Vintage 1930's Junior Instructor Book which has an assortment of plays, stories, lessons, songs, craft activities and other fun things including a very scientific lesson about Space Travel.  In the 1930's.  It's awesome. 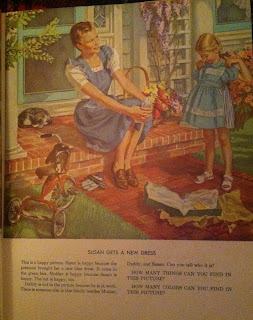 It has great drawings and graphics that I think would be great framed.
But, I've never been able to cut up a vintage book yet. 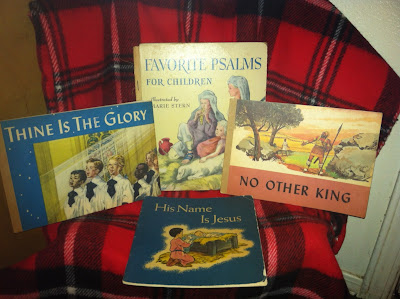 All in all it was a good day.  Saw my Mumsie, bought some junk and went to eat Chinese Food for the first time in months.  I did notice at one point that our waitress had watery eyes and looked like I felt back earlier in this week.  When she refilled our water all three of us said, "Don't drink the water!"  She ended up leaving and we had a new waitress.  And, now, my stomach is making god awful noises again.  Oh my, not again.  Please, not again!