There that's it in a nutshell.

It has rained every damned day for a week.  It is storming right now. It is going to rain tomorrow.  Rain, rain, go away!


We still have major Grandma issues going on.  My Mom is still trapped in her house with her.  It's been a month now.  It is crazy and not fair. 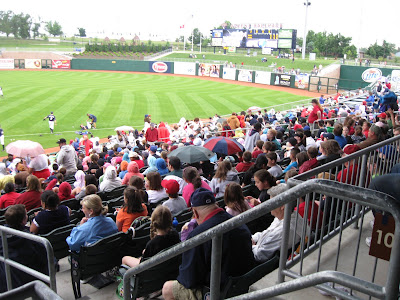 Yesterday, my dad stepped out of a business, caught his toe on the cement and tripped off an 18" high porch.  He was splayed out on the parking lot and no one came to help him.  He finally yelled for help and a man came and looked at him.  My Dad asked for him to get an employee to help him because he couldn't get up.  He thought he had broken his leg because he couldn't move.  The man went in and got an employee who came walking out the door and said, "What are you trying to pull?  Get the F*** off my property!"  He's 72 years old for God's sake, why would he throw himself off a porch?????  He said he needed help getting up, he thought his leg was broken.  Again, "Get the F**** off the property" and then went in the store.  My dad got his cellphone out and called 911.  He asked for the police, but they sent an ambulance instead.  He was actually scared because they were being so mean to him - he wanted the police there.  When the ambulance came, they agreed he was hurt, but maybe he could call a family member since the hospital was only a few blocks away and it was not life threatening.  He agreed and said he would call me.  By this time, they had him on his feet, but he couldn't bear weight on his knee or leg at all.  When the owner of the store saw him on his feet, he came out the door and said, "Get the F*** off my property" and then called my dad all sorts of names.  My Dad said he was going to call his daughter to take him to the hospital.  The owner said, "If you don't take you vehicle off my property, I will tow it."  So, my Dad got in the truck and drove home even though he could barely use his leg. 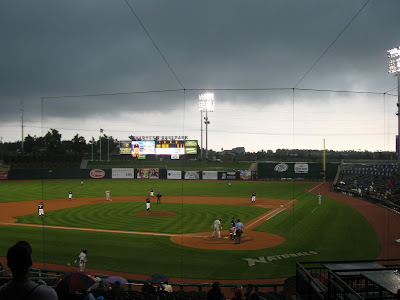 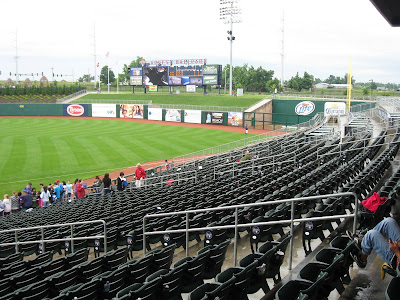 He called me and I took him to the Emergency Room.  He has a badly sprained knee.  He has to stay off of it for about a week and keep ice on it.  He is on pain killers and an anti-inflammatory.  He is really messed up.  Getting hurt was bad enough, but the way he was treated was simply not acceptable.  He did the right thing by calling an ambulance so it is on record and we have the hospital records on our side.  The business is known for having cameras everywhere, so I imagine that it is all on tape somewhere.  I will be contacting a lawyer.
So, there you have it.  Well, that and a bad seizure for my sweet kitty (she is fine now) and a mental breakdown from The Bean because I am so damned stressed all the time.
Whew. 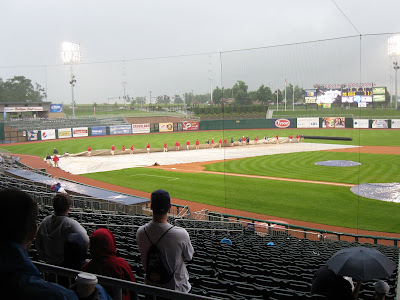 So, today, we went to a Baseball Game.  I don't like sports.  It rained.  Hard.  I don't like sitting in the rain.  It got cold.  Cold isn't fun either.  There were 5,000 local school kids on hand that had to huddle under the eaves during the storm and it was absolutely deafening.  I hate noise. 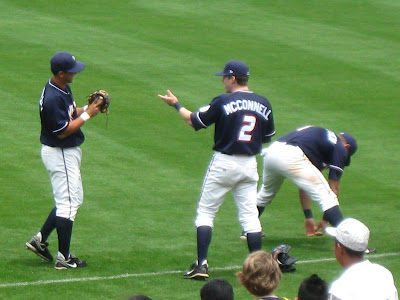 But, you know what?  As I sat watching the baseball game in the cold, I realized that it was actually the most enjoyable day I have had in a long time.  I really had a good day. 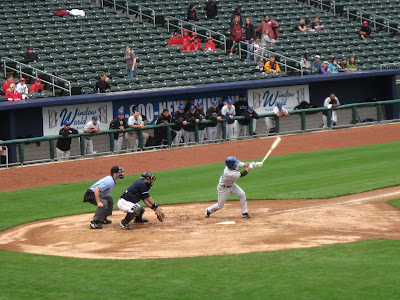 See, they actually played some baseball!
*I won't continue with the Woe is me posts.  I like to be optimistic and I am optimistic that things are about to turn around!  And, drive right over me.  I kid!
Posted by Shara at 10:05 PM