Did I Tell You It Snowed?

It snowed last week. It snowed on Christmas Eve and into Christmas Day. We had to move our Christmas festivities until the weekend and later into the next week. Arkansas just isn't prepared for snow and ice. It really wrecks havoc on the roads. 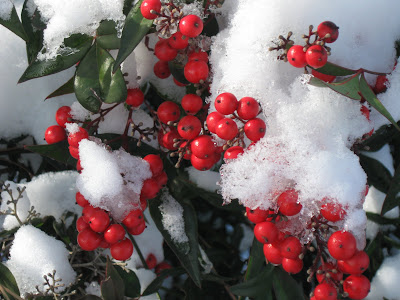 But, it sure is pretty when we do get it. I snuck across the street to my neighbors yard to take pictures of these pretty red berries. Well, I thought I snuck until I realized I left big deep footprints from my door to her yard. You can't be sneaky in the snow! 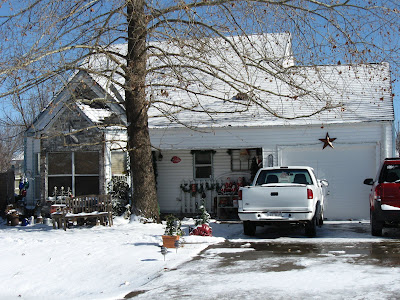 The driveway melted pretty fast with some hard work by The Breadman and The Bean. I liked the white house with the white roof and white yard. 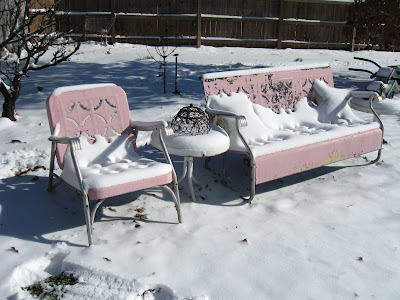 I love my old glider in the snow. I wouldn't want to sit on it right then, but it is still pretty! 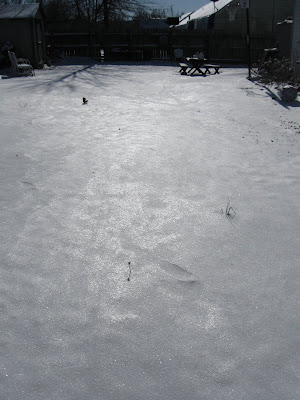 When the sun hit the backyard it was completely blinding! I love snow with no footprints in it. It is so perfect. 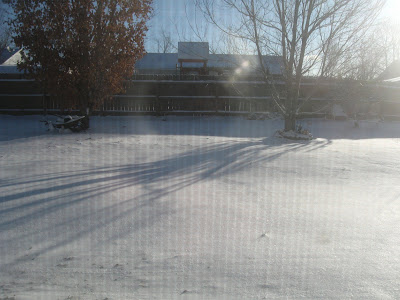 The backyard through the window. The sun was glinting off the snow so much that I couldn't even see what I was taking a picture of until I was finished. 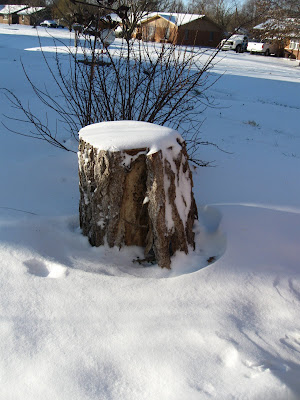