Sunday we visited St. Catherine's at Bell Gable. I had always heard of a small privately owned chapel that was around here, but I really never knew where it was specifically. Saturday The Bean and I were driving along on a street that we drive on a few times a week. I looked over into a pasture to the left and saw a Bride having her portrait taken. I remembered the Chapel was in that area, so we went and located it. It was closed for the wedding, so we returned on Sunday. I still can't believe that I have been within a half of a block from it three times a week and I never knew it. We will be going back. It is fantastic. 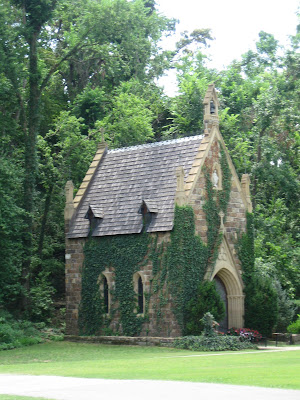 St. Catherine's was built in twelve years by one man without blueprints, plans or anything written down. He planned it all in his head. 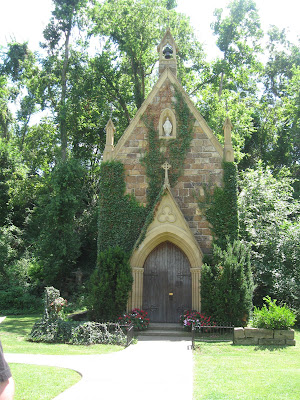 He even built the scaffolding and the crane that he needed to build the Chapel. The beams were hand hewn from trees fallen in a storm. He built his own moulds to make the trims and castings. 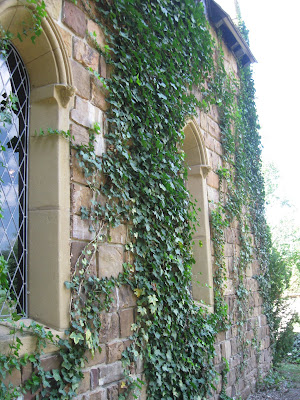 The stained glass windows and doors came from a church in England. The pews are from Missouri. 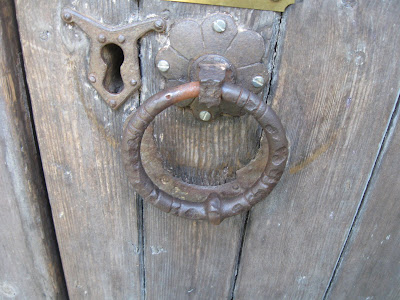 In 1997, the builder fell 35 feet to the concrete below while building it. His survival was miraculous. 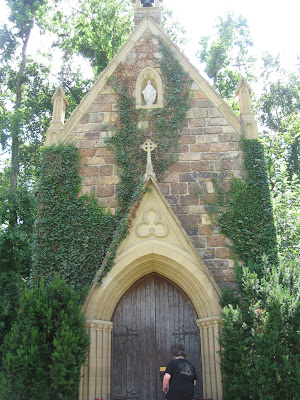 As we looked around the Chapel, a tourguide came to meet us. As I turned to speak to her, realized that we knew each other. She was one of our favorite teachers at the school. As she told us about the Chapel, I asked her how she came to work there. She laughed and told me that her Daddy built it. All the times I talked to her before, I never knew that. 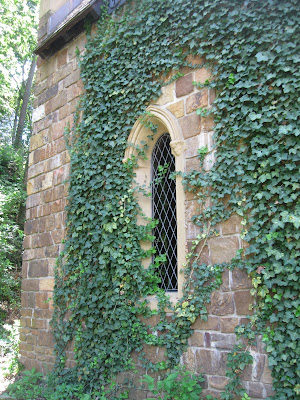 She told us more about the Chapel and how it came to be. It was a special place to visit. 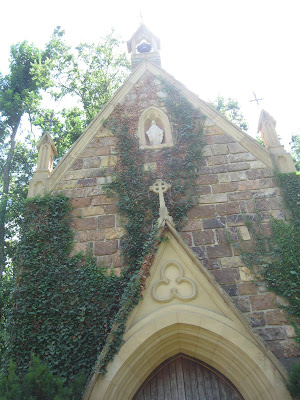 So calm and serene. And, even though it was really hot, it was nice and cool down in the valley around the Chapel. 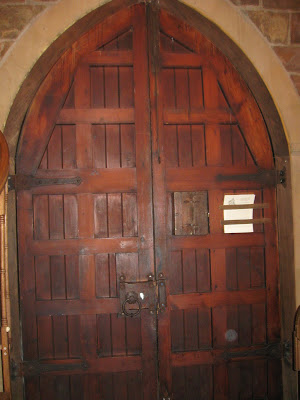 The entire Chapel only seats 40 people. It is difficult to tell in the photos that it is small. When they have weddings, they put chairs on the lawn out front and open the wide double doors into the Chapel. An open car brings the bride to the Chapel. It must be magical! 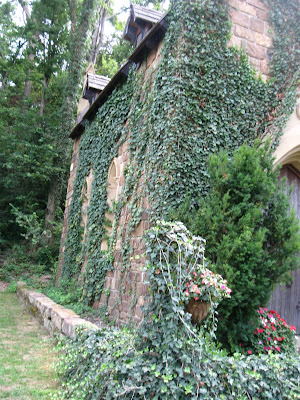 I never, ever talk about dying. But, I told the boys I wanted my Memorial Service to be held there. I won't ever mention it again. 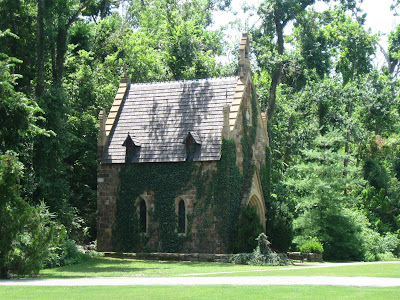