Last Friday half of the front of our house got ripped off. Literally. Gone. When our house was built in 1993, for some insane reason, they didn't put guttering or an overhang on it. So, for all those years, every time it rains, the rain has ran down the siding and under the siding, causing the particle board to rot over time. Oh joy. Just what everyone wants - rotten walls. But, they are being fixed and we are having guttering installed, so the problem will be over soon. I suppose once you have lived in the same house for 14 years, things start to go wonky and you have to do some work on it. We are the talk of the neighborhood - everyone keeps showing up asking what is going on? and why are we doing this to our house? 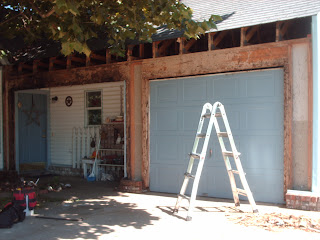 I installed a new porch light fixture yesterday which spruced things up too. It looks like an old railroad lantern. I got it on clearance at Lowe's for $3.00 marked down from nearly $50.00. I love the Clearance at Lowe's - they go bananas and just mark things a few dollars to move it out. I've replaced nearly every light fixture and outlet cover recently by finding things on clearance at Lowe's. I also bought new house numbers and a HUGE rusty looking star for the front porch. We are going to paint the front door, garage and shutters a new matching color too. I am leaning towards a charcoal gray.
To make me not remember that my house is being ripped apart - I present to you some diversions.
Found at The Dollar Tree today: 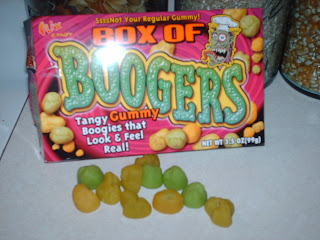 A box of candy boogers. We haven't eaten any, nor do we plan to eat any. The gross factor is just a little too eeeeeeew. 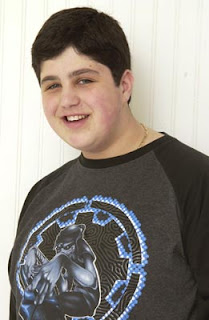 Does anyone watch Drake and Josh on Nickelodeon? This boy, Josh Peck, is one their. He was once a cute chubby kid, then he returned one summer and had lost some weight and gotten taller. He was still a teenager and just a good looking kid. But, then this happened: 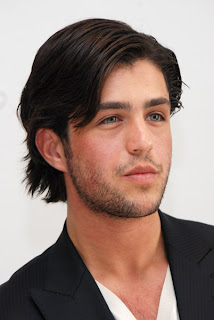 Ha-cha-cha. He got HOT! Smokin' hot. He was answering phones on "Stand Up To Cancer" the other night and I was the only one that recognized him. Yowza.

Let's see......a few more diversions. Here's a funny story. The Bean has a Kajeet phone which is a phone for kids. The parents control the time and the money based on behavior, grades, etc. We got it for free as a Beta tester two years ago. Since we were beta testers, they set up the account under The Bean's name and not mine. I've never had to contact them for any reason. Until today. The Bean asked for a new camera phone for his birthday and I needed to activate it. But, the Kajeet dude wouldn't let me access the account since it was in The Bean's name. He wanted to talk to the Bean and get his permission to let me access his account. The entire purpose of Kajeet is for the parent to control the phone - not the kid! Since I wouldn't let The Bean talk to the dude (just because I was feeling pissy about the whole thing), I made my husband call them later and pretend to be The Bean. The Kajeet dude kept asking him, "How old are you?" "What is your favorite subject?" It was really quite comical seeing my husband pretend to be thirteen. Right before he was finished he said, "Can you add my Mom to my account so I don't have to do this next time?" Great, now I am my husband's Mom.

Hmmm..what else? Yeterday I was headed into the bathroom when I made a sharp left to go through the doorway and three of the toes on my right foot went with me, but two went to the other side of the door jamb. Ouch. I have the purplest toe ever and it hurts. And, did you ever notice that when you have an injury like a broken toe that you tend to drop things on it, stub it and even your family tends to step on it???????

I've made a few changes to my blog concerning comments. No more Anonymous comments. 99% of the comments I get are not Anonymous, but the few that I do get are sometimes not so nice. Especially concerning a few posts I made a year ago or so about the D*uggar family. So, I am hoping if anyone really wants to make a good useful comment, they will become a registered user. I really don't see the point in leaving a hurtful comment on a blog when that person will most likely not be returning to follow up on it anyway. It's just hurtful and makes me feel violated in my blogworld. Also, if you don't have an email attached to your account when you comment, I can't follow up on your comment. So, if you make a comment or have a question and don't hear back from me (or from anyone else's blog, for that matter)- you probably don't have an email attached to your profile.

So, how's that for a random post - house repairs, boogers, a hottie, a phone story, a broken toe and a bunch of whining by ME!