Well, I haven't done a phone dump post in awhile - so here we go.  Many of these might have been on Instagram, so I apologize for any repeats. 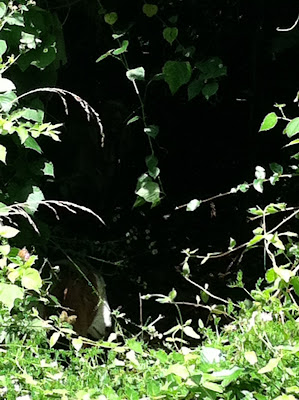 The local City Park was over run with Poison Ivy, so they brought in a heard of goats to eat it. Apparently, goats are not affected by Poison Ivy and they find it to be quite the tasty treat.  The city invited people to come watch the goats.  I had somehow envisioned a few skipping lads in Lederhosen bringing a heard of goats in over the hillside.  It was pretty anticlimactic to see the goats lying in the shade doing nothing while the dude that brought the goats sat in his lawn chair.  The goats did, in fact, eat a tonage of Poison Ivy, so it's all clear now. 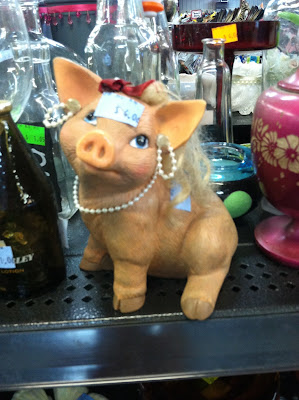 Did I buy this pearly pig?  No, no I did not.  This is a perfect example of one of my favorite thrift stores becoming my least favorite thrift store.  In the past, this pig would have been priced $1.99. That would still be TOO MUCH for this pearly DOLLAR TREE pig, but at least $2.00 is fairly cheap for something. But, see that price?  The raised their prices SO much.  That ugly damn pig is $4.06. First of all, that is TOO MUCH and secondly, what kind of a weird price is that?  Prices go down but 25% in two weeks, then 50% in three weeks and finally down to 25¢ on the fourth week.  I suspect there are a lot of things sitting on the shelves until 50% off week and even on 25¢ day.  I am not sure if anyone would ever buy that pig.  Even for 25¢.  I haven't been there in months and I was going once a week.  (Did you notice the pig has on a WIG?) 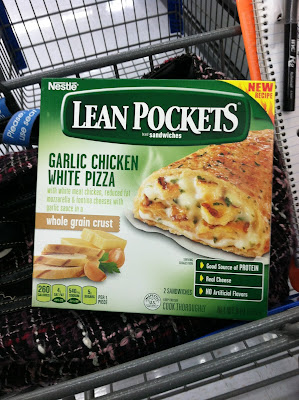 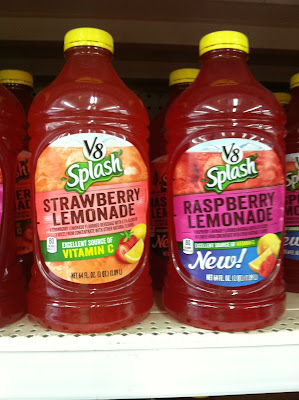 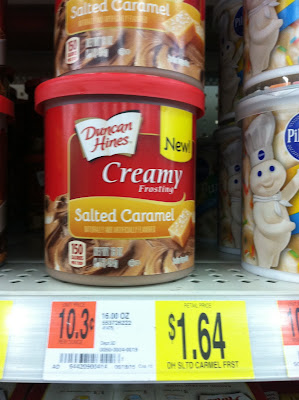 I love Salted Caramel anything.  I love frosting.  Salted Caramel Frosting, YES PLEASE!
(I actually haven't tried it yet because some caramel things taste a bit "maple-y" and maple flavor gives me a migraine.) 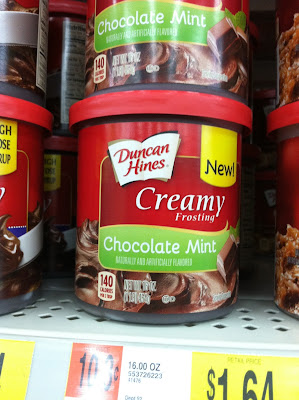 The Bean's favorite flavor of ANYTHING is Mint.  Mine too really.  But, we passed on this since we prefer Mint with Chocolate and not Chocolate with Mint.  Got that? 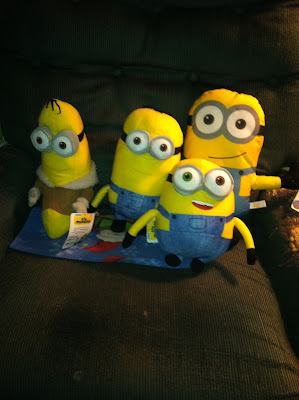 We had a good day in the claw machine one day.  The dude had just filled it up and it was piled high.  We spent $3.00 to win all four of these. 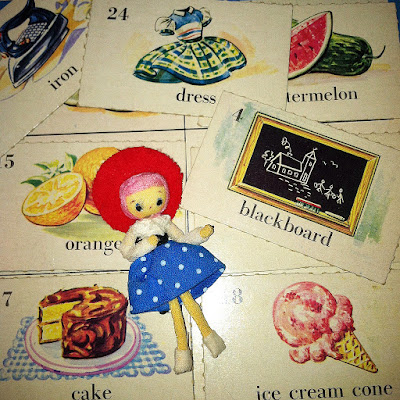 I bought these awesome flashcards and this wee little girl pin on Etsy from my favorite seller.  I am supposed to craft with or sell the flashcards.  "SUPPOSED TO" being the operative words. 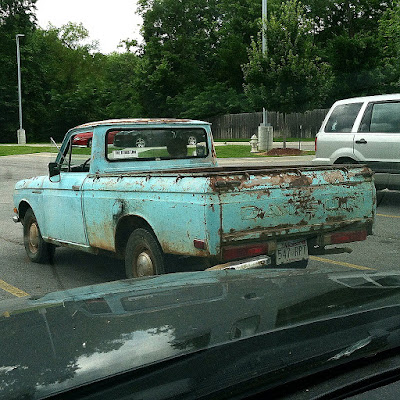 This old truck is almost always at Aldi when I shop.  I want it.  I could go junking it in, but mostly I want to fill it with pumpkins and baskets of Mums and tie a Christmas tree on top of it.  It is just the best mix of aqua and rust. 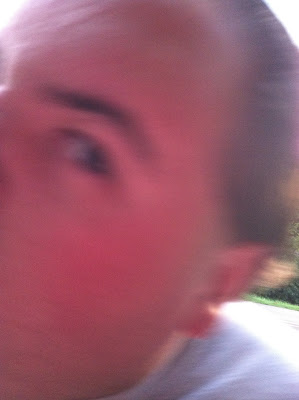 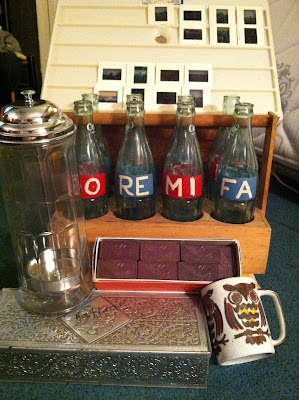 Some miscellaneous items I thrifted and never showed.  That Coke Bottle folk art thing was in a booth across from mine.  The people were boxing things up and I asked what was going to become of it - Oh probably donate it.  I offered a lowball offer on them and they accepted.  I think you put water in them and blow, I am not sure.  I will take them to the Junk Ranch. 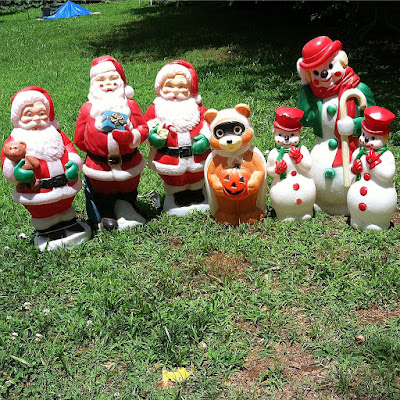 Speaking of The Junk Ranch - look who will be joining me!  I am going to be a SIGHT with these guys tied on the roof coming down the highway.  *Cue the Beverly Hillbilly theme song... 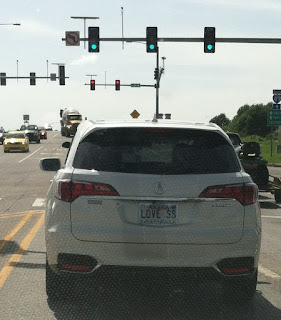 This car was ahead of me at the light the other day.  LOVE SS.  Well, Shara Stacks LOVES you too!  How nice of them. 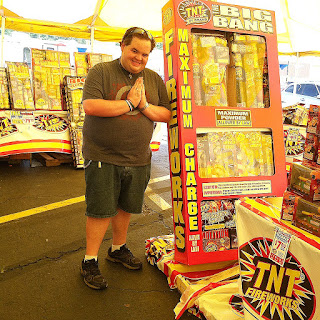 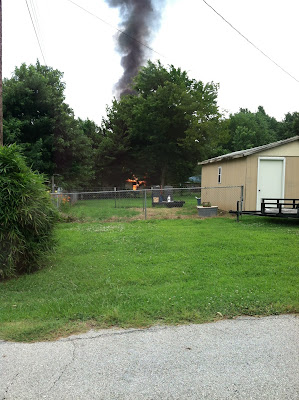 I was out hitting some sales on a Friday morning and I saw smoke, so I followed it.  This shed was fully engulfed in flames and not one person was around - well, there was one lady taking pictures with her cellphone.  I rolled down the window and heard the sirens coming, so I waited a minute for the fire truck to make sure they were coming there.  They did and they put it out.  I suspect fireworks and kids might have had something to do with it.