Back in the end of February, I found a  vintage ceramic Leprechaun. I posted it on Instagram and mentined that I don't decorate for St. Patrick's Day.  I started getting a lot of comments that said, "Well, you should!"  and "You could!" and "You should try!"  I took that as a challenge and rounded up what I could find around the house and headed to my trusty white shelves. 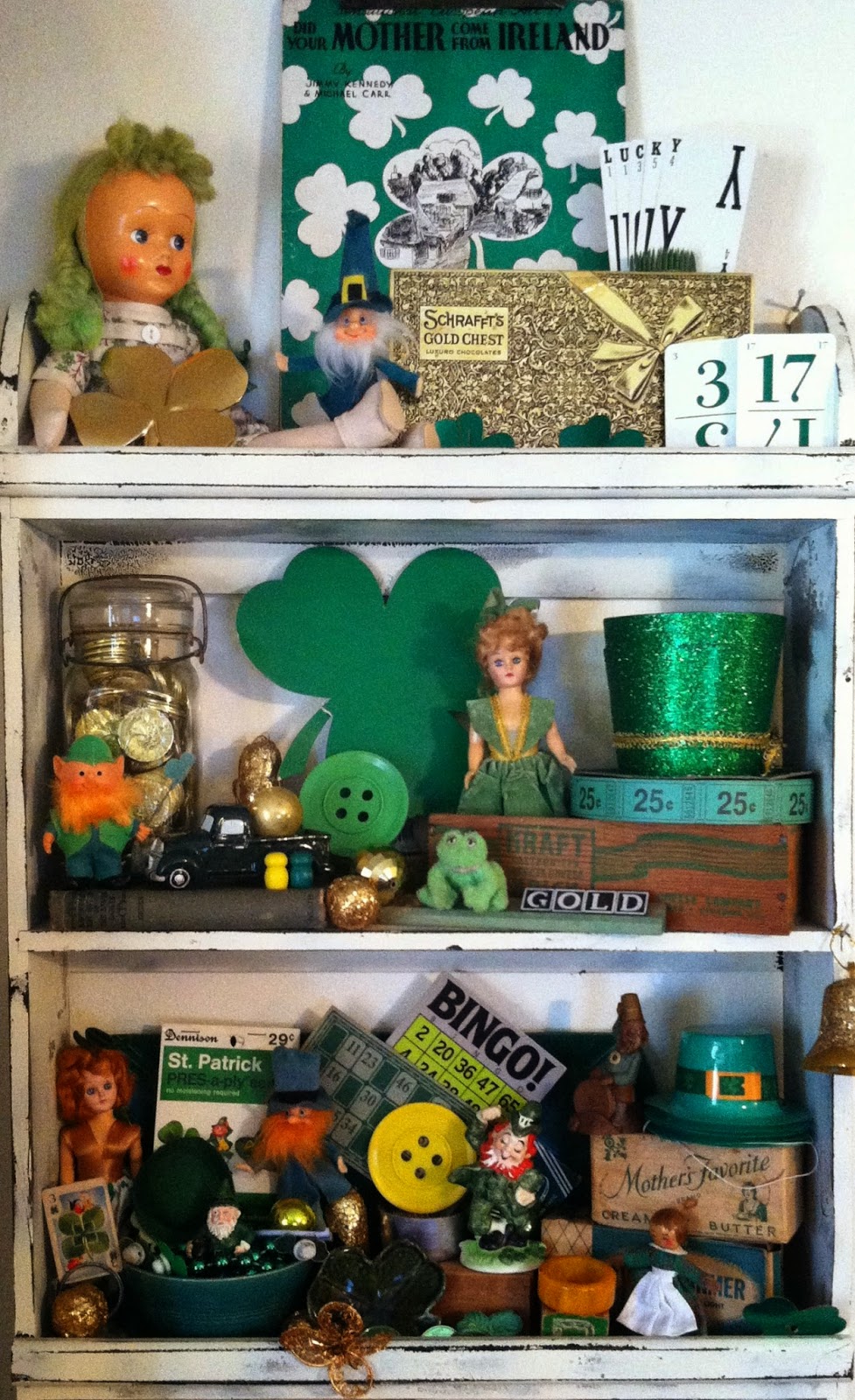 If it was obviously a St. Patrick's Day item, it went.  If it was green it went in there, if it was gold, if it had a clover on it and so on and so on 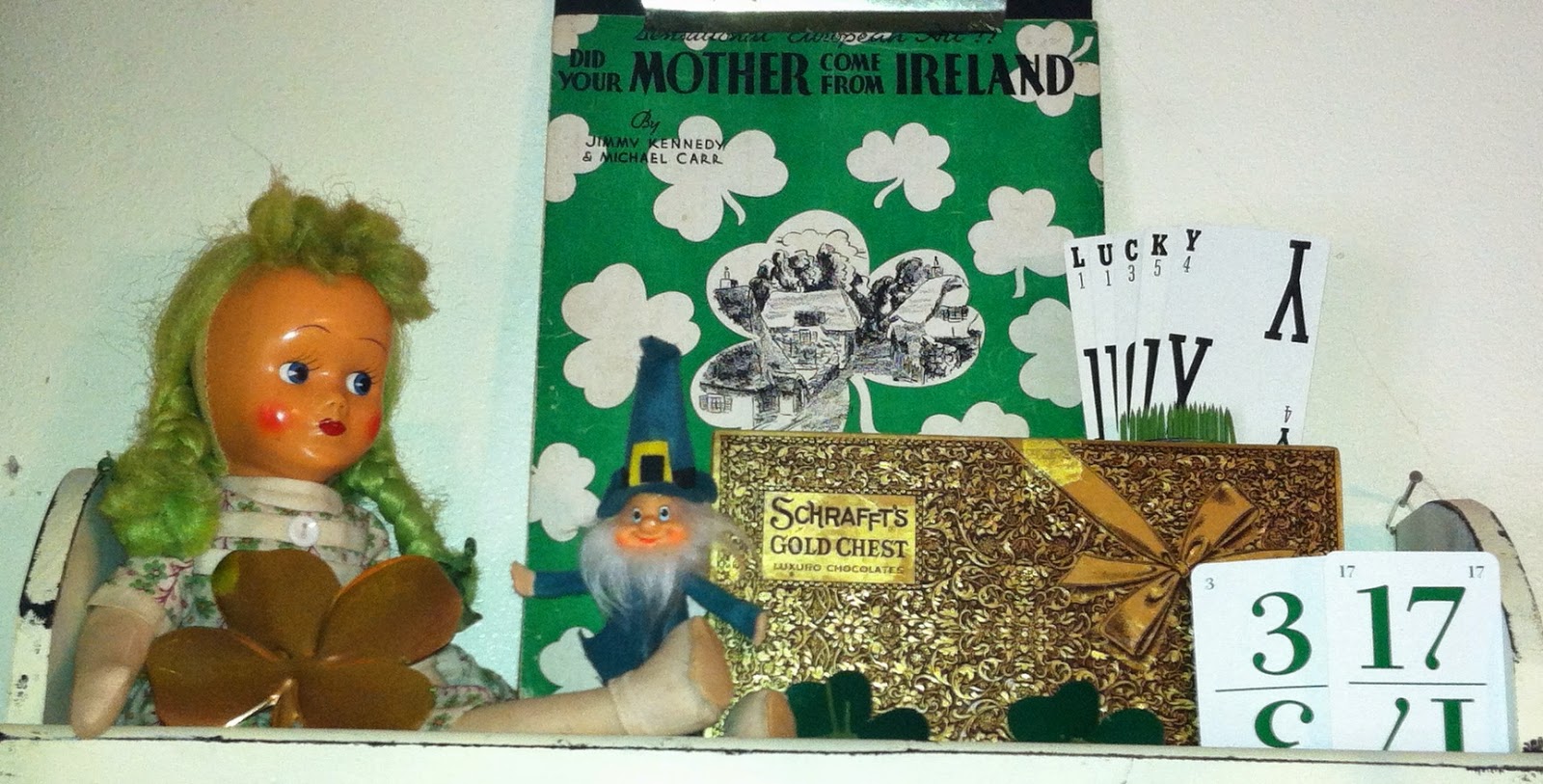 The doll with the green hair has been in the sell box for awhile.  The "Mother from Ireland" Sheet Music was a happy find in my pile of sheet music.  An old Gold Chest candy box, some "17" number cards and "LUCKY" letter cards along with a pipe cleaner leprechaun and a big gold clover paperweight rounded out the top shelf. 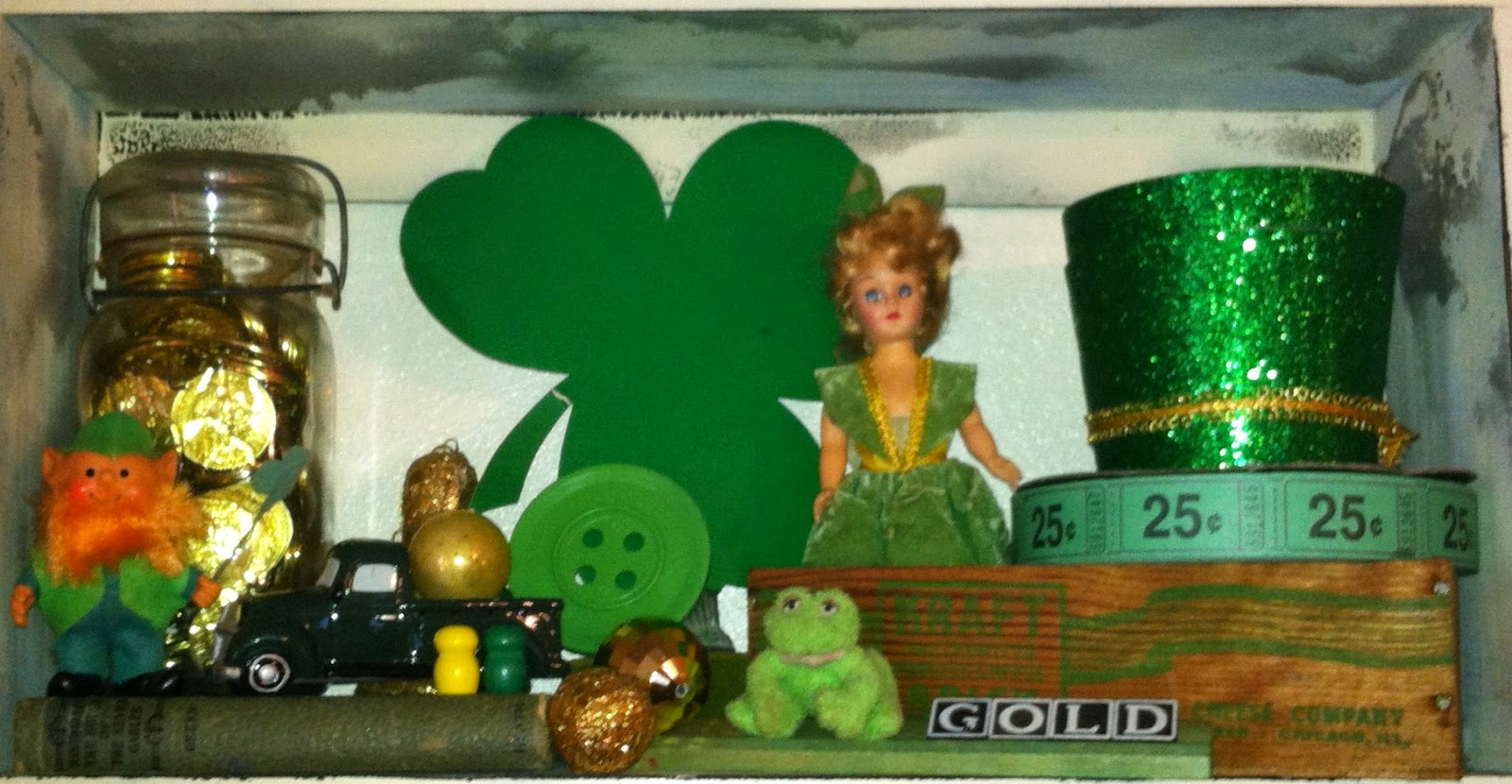 I did have a shoe box with some St. Patrick's day stuff I had found at a sale a few years ago, so I pulled that out.  A Leprechaun and some gold glittery balls, a green truck, giant green button, a green cheese box, green glittery top hat (which is actually a Christmas gift box), a roll of green tickets and another green doll on this shelf.

That jar is an Atlas Good Luck Jar and says that on it along with a big clover in the center.  I found it in an old fruit cellar at a site where a house had been torn down.  The shelves in that cellar were full of old jars - still full of fifty year old beets and pickles.  I grabbed this one jar and left the rest.  This was years ago before I had a booth or any outlet for old stuff.  I was living in a second story apartment and had no way to haul all those old jars home and dump them out and clean them up. Plus the cellar was flooded and had God knows what in that water.  But, I still remember all those jars lined up that got bulldozed and filled in with dirt.  *Sniff*

Dennison labels, vintage green bowl, BINGO cards, some green boxes from the kitchen, old kid's clover cards and a bunch of other green and gold stuff.  That Leprechaun in the middle is the bugger that started it all.  I had fun rounding up things.  The boys heard me saying, "OH! This is PERFECT!" when I found the Gold Chest candy box.  OH MY GOD A SPIDER JUST RAN ACROSS THE SCREEN AND I ABOUT HAD A HEART ATTACK.  Holy crap.  Where was I?  Oh yes, the boys.  Anyway, they think I am crazy gathering up random things and making displays they don't know that half the internet is waiting to see it.  HA HA. 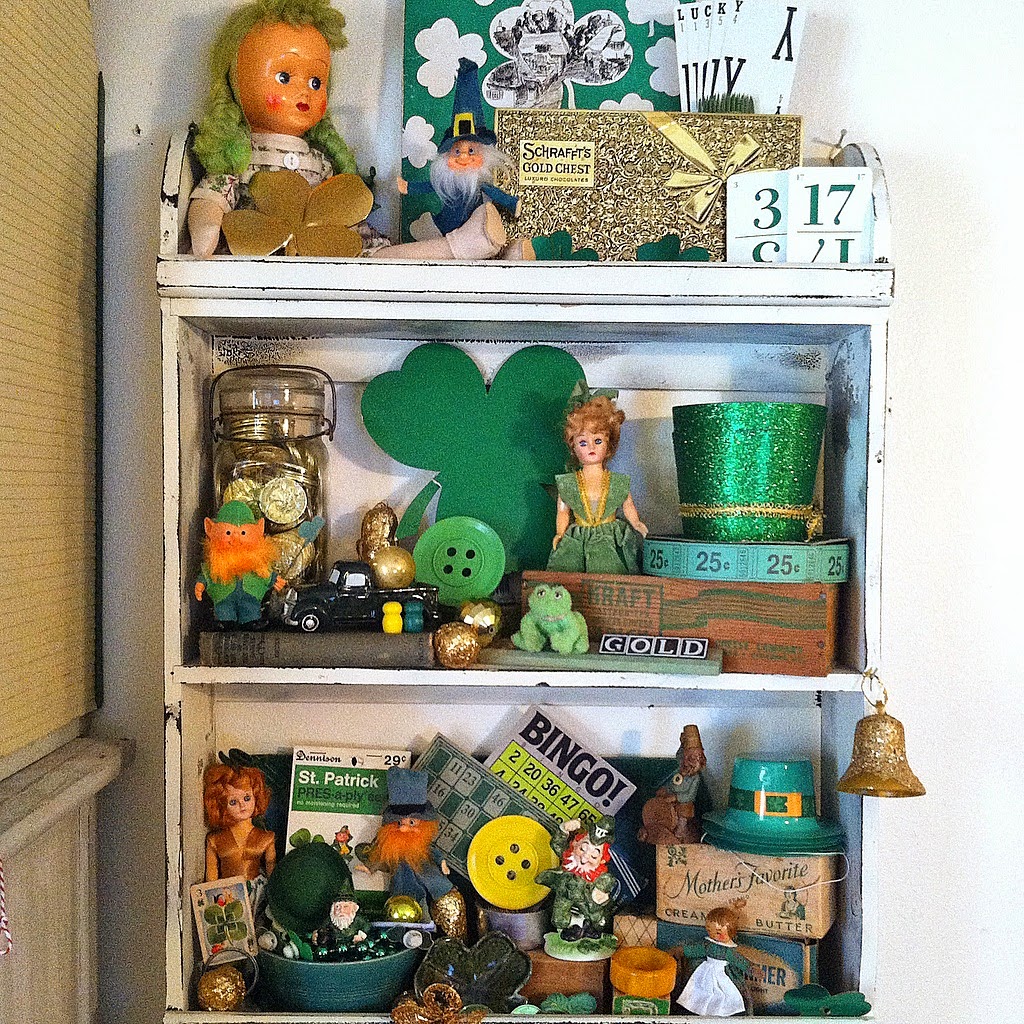