I used to carry my camera wherever I went and I SWORE I would never turn into a iphone photo taker.  But, I did and I have.  I also use the 'screen shot' function on my phone a lot to save Facebook and Instagram photos from other people and to be able to enlarge them so I can snoop.  Ha.  It's true! You can see prices on things and dirty little secrets in the background of photos.  We all do it.  Don't we?

I just downloaded all my photos from the last few months, lets see what's on there besides junk and journeys. 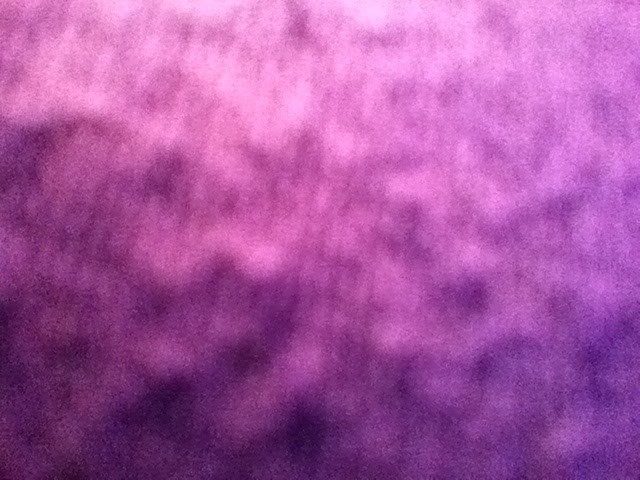 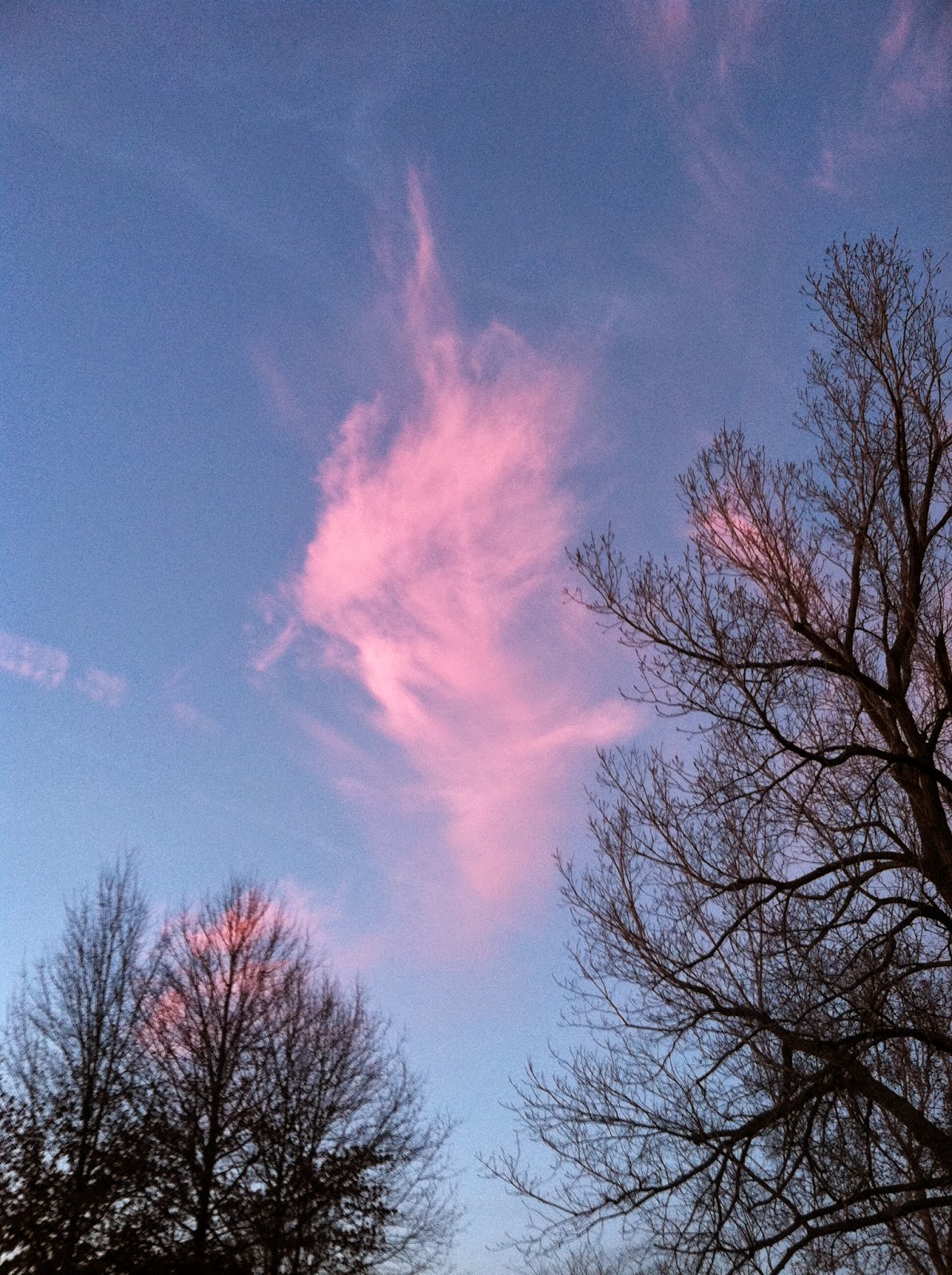 About a week ago the clouds above my house were Cotton Candy pink.
They were glorious!  I think all clouds should be cotton candy pink.  STAT. 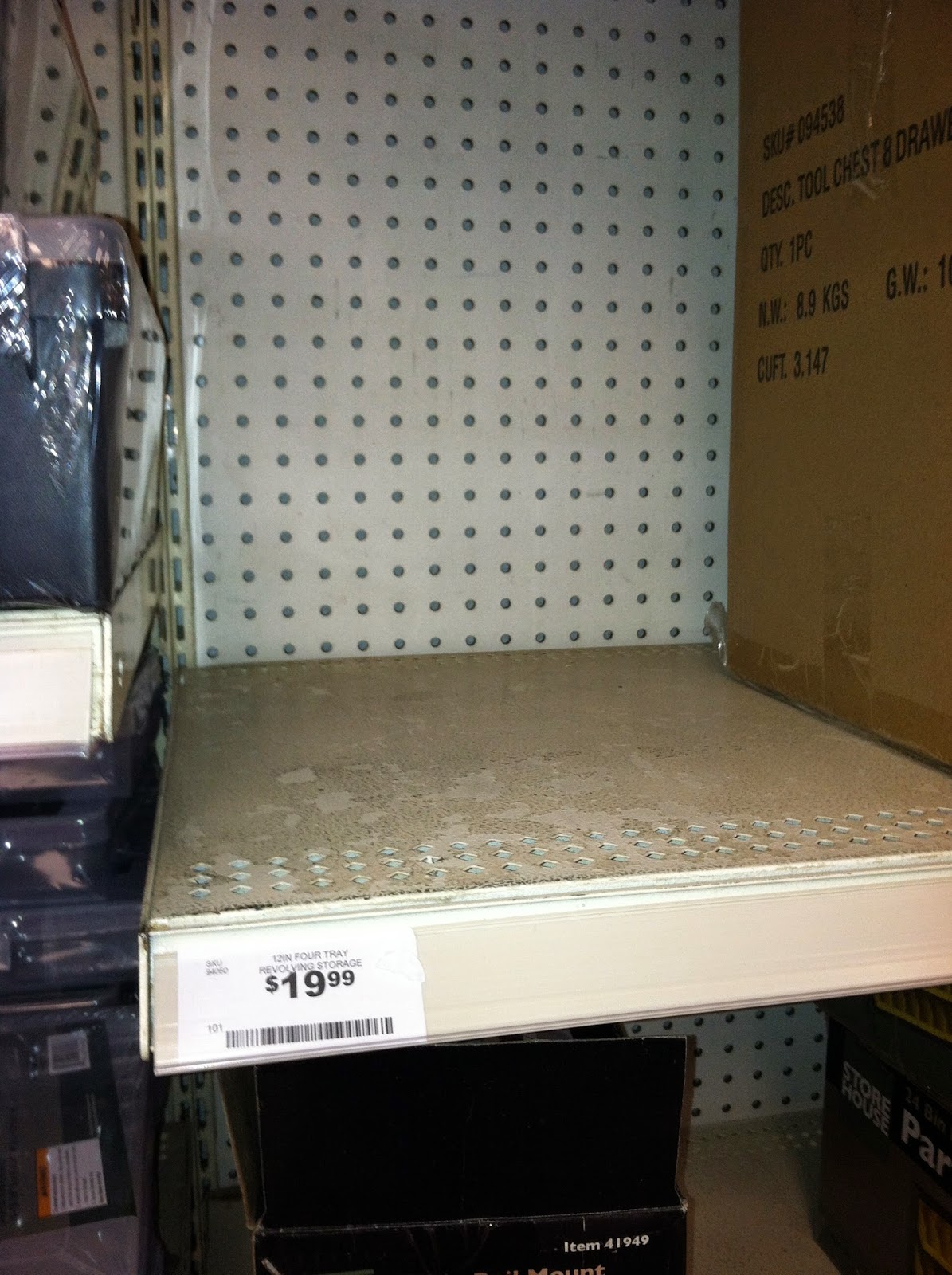 This is the EMPTY shelf at harbor Freight were the spinning organizers are SUPPOSED to be.  SUPPOSED TO BE.  I NEED one of these.  I WANT two of these.  But they are sold out until March 1st.  SAD FACE.  I will paint mine minty green.  Or maybe cotton candy pink.  I haven't decided.  Good thing I have until MARCH.  :( 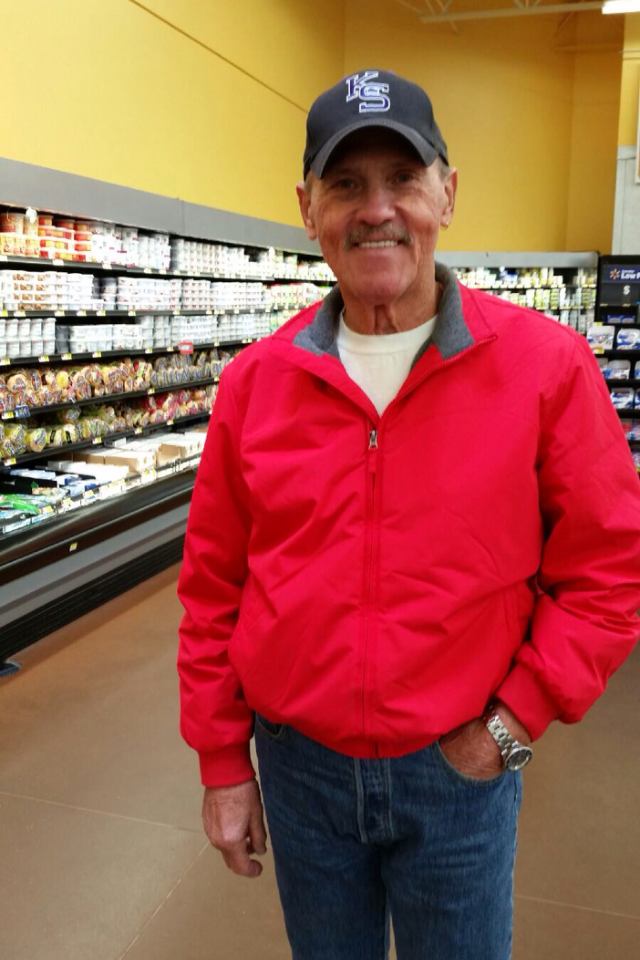 My Uncle that I see quite often sent me this photo of my other Uncle who I have not seen in thirty years.  It's weird because he's still the uncle I remember, but he's older.  But then again, so am I.  (He's never met my husband or my son.  SAD FACE)  His choice, not mine. 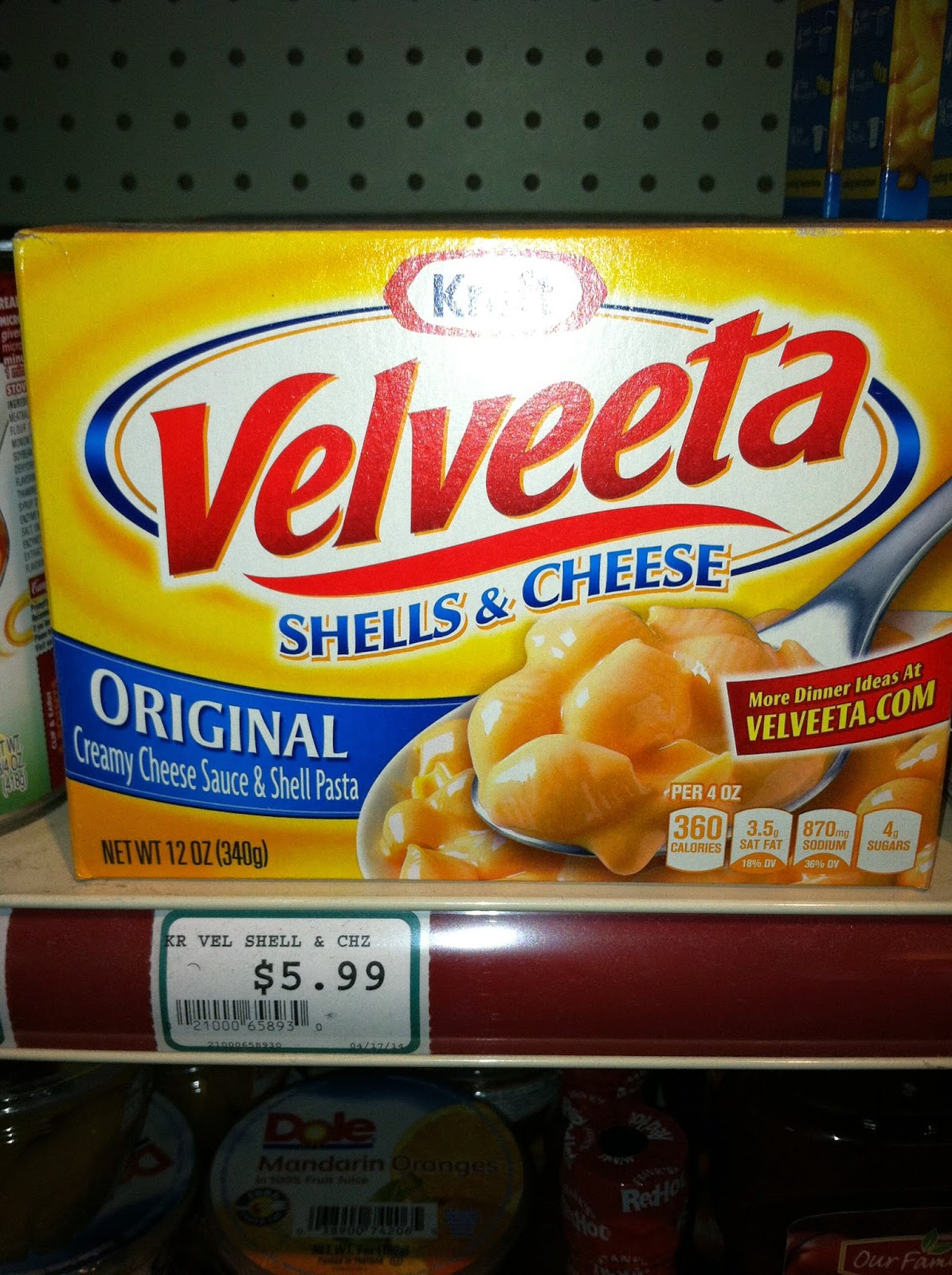 Ha.  Took this one at the "Kum & Go" (could that BE a worse name, I ask you?).  Convenience store Mac and Cheese at the bargain basement price of SIX BUCKS.  I knew a girl in college once that would have bought it.  Her Dad gave her a gasoline credit card.  It was to be used for gas.  At the gas station.  FOR GAS.  But then she found out they had FOOD in there, so she did all her grocery shopping there.  She would drag home two bags of food and it cost her about a hundred dollars.  Well, it didn't cost her, but it cost her Dad.  BIG TIME.  He put a halt to that.  BIG TIME! 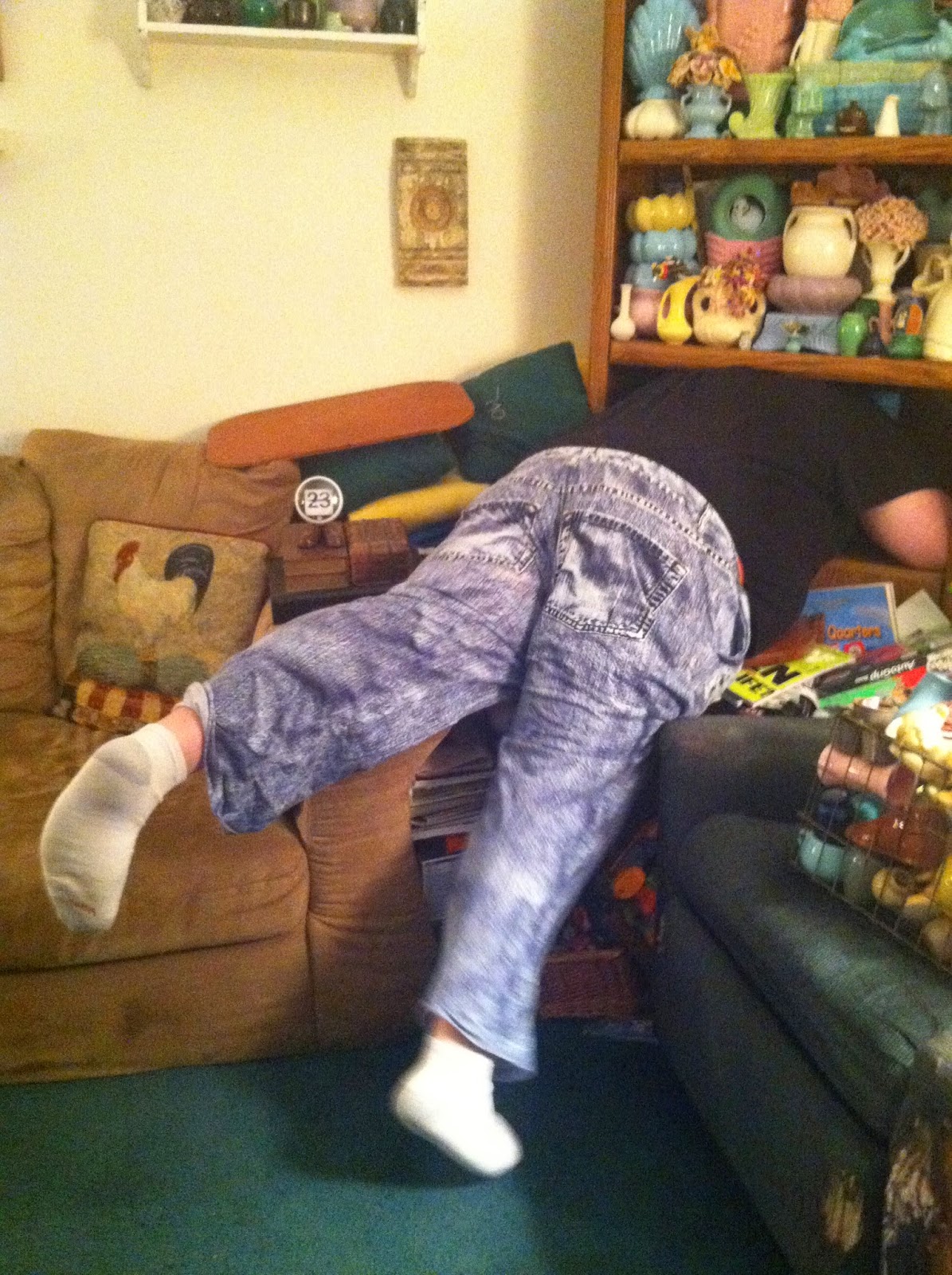 Here is what I found when I walked into the living room one morning.  The Bean shot a Nerf Gun and the dart went behind the pottery shelf.  So, he unloaded it and stuck his head back there to get it out.  He also found a big Santa platter.  Who knew that was back there?  Not me!  (Yes, the cats have scratched up that chair.  I never even notice it until I accidentally see it in a photo.  Dirty little secret...) 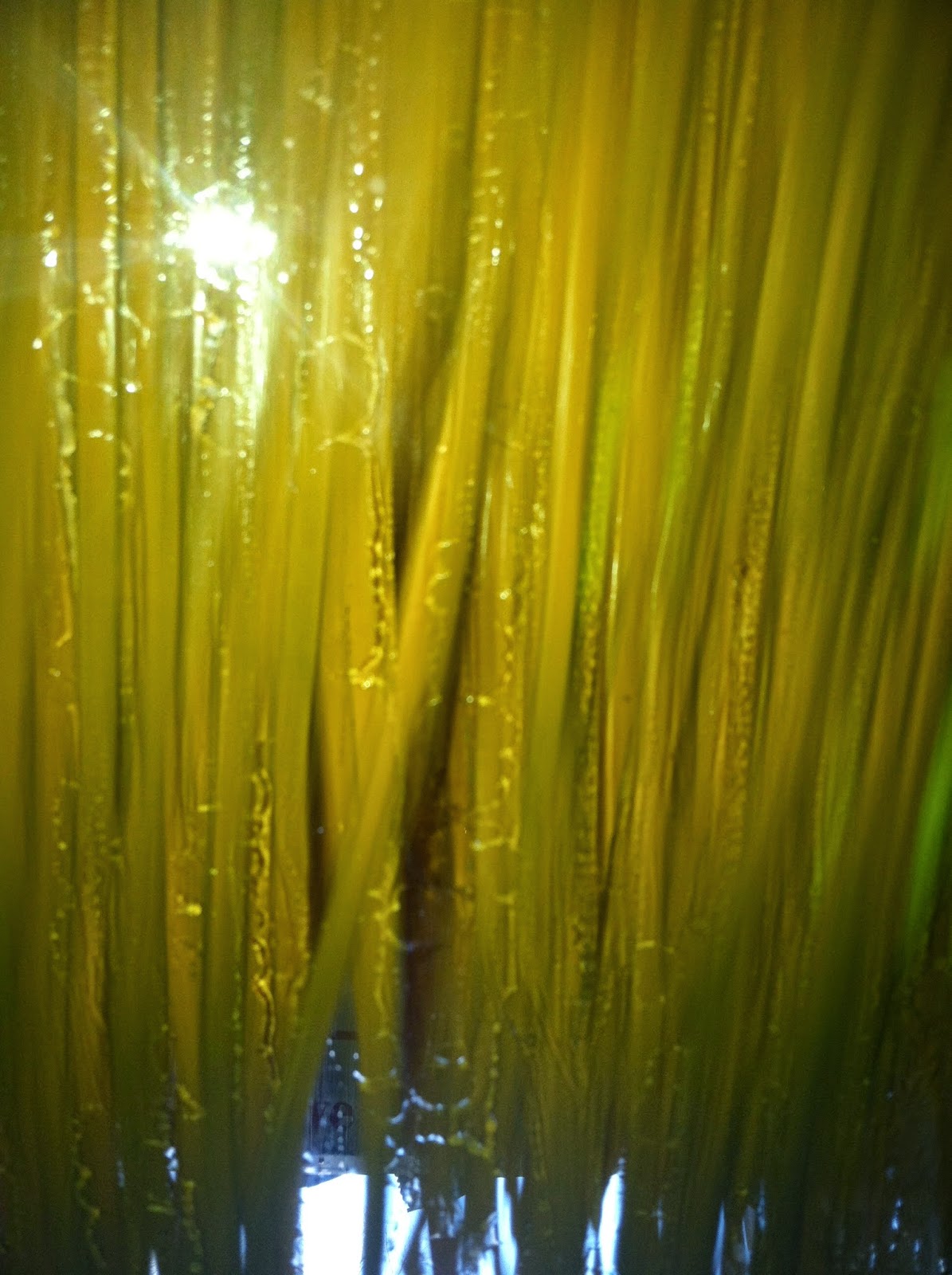 Car wash up close.  The day we washed the car, I had terrible vertigo when the machine started moving.  I thought the car was moving and I slammed on the brakes (we were in Park) and yelled, "WHY ARE WE MOVING?"  "Uh, we AREN'T?" 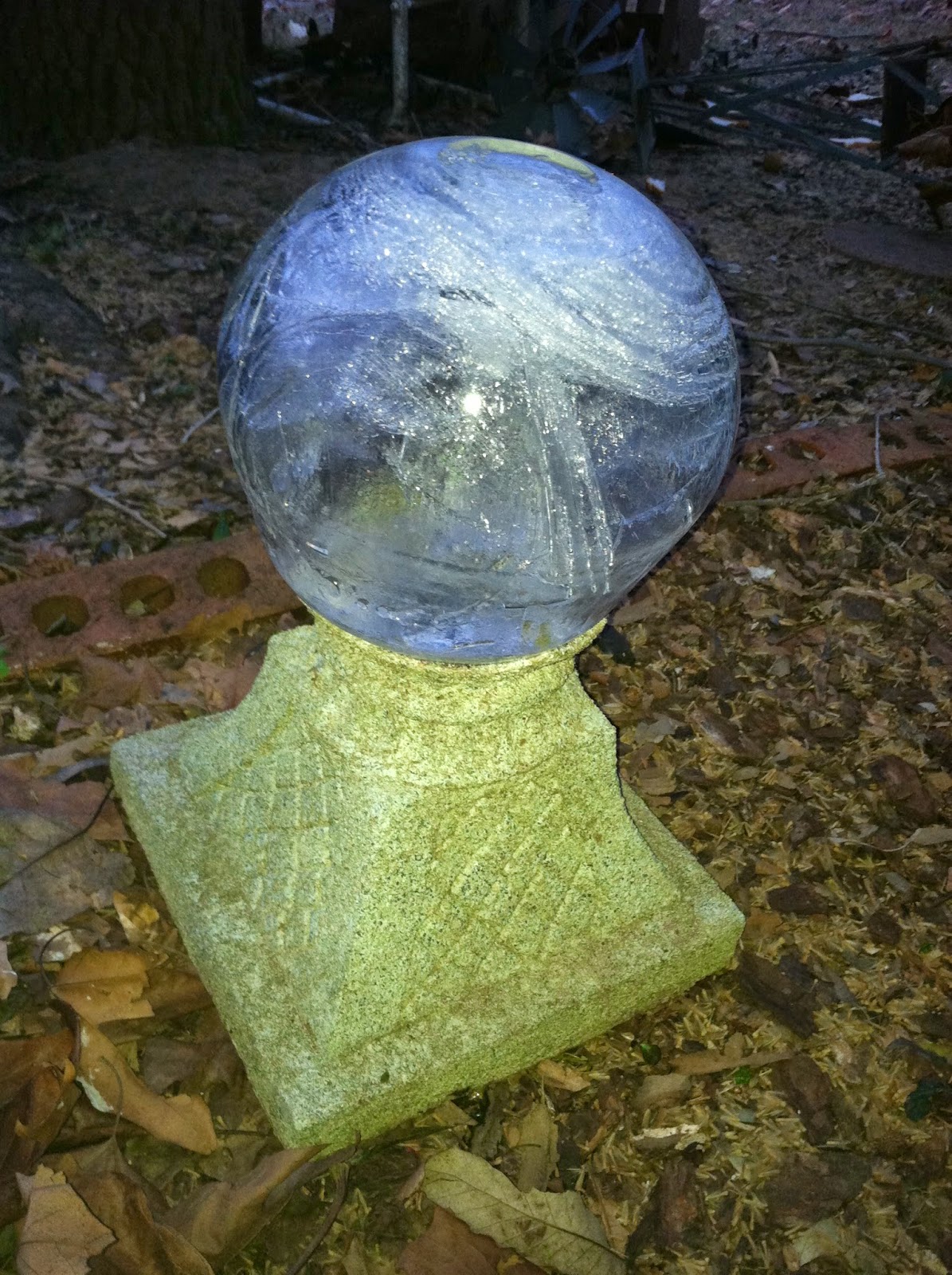 Now this is a great one and I meant to share it earlier.  We had a really cold snap for about a week.  I moved my Gazing Ball inside so it wouldn't freeze and break.  I mentioned that the stand looked lonely, so The Bean filled a balloon with water and set it on the stand.  The next day he popped the balloon and this was what was left.  Isn't it amazing?  It looks like the Earth.  Sadly, it melted a few days later.  If it is REALLY cold at your house, I recommend doing this.  NOW! 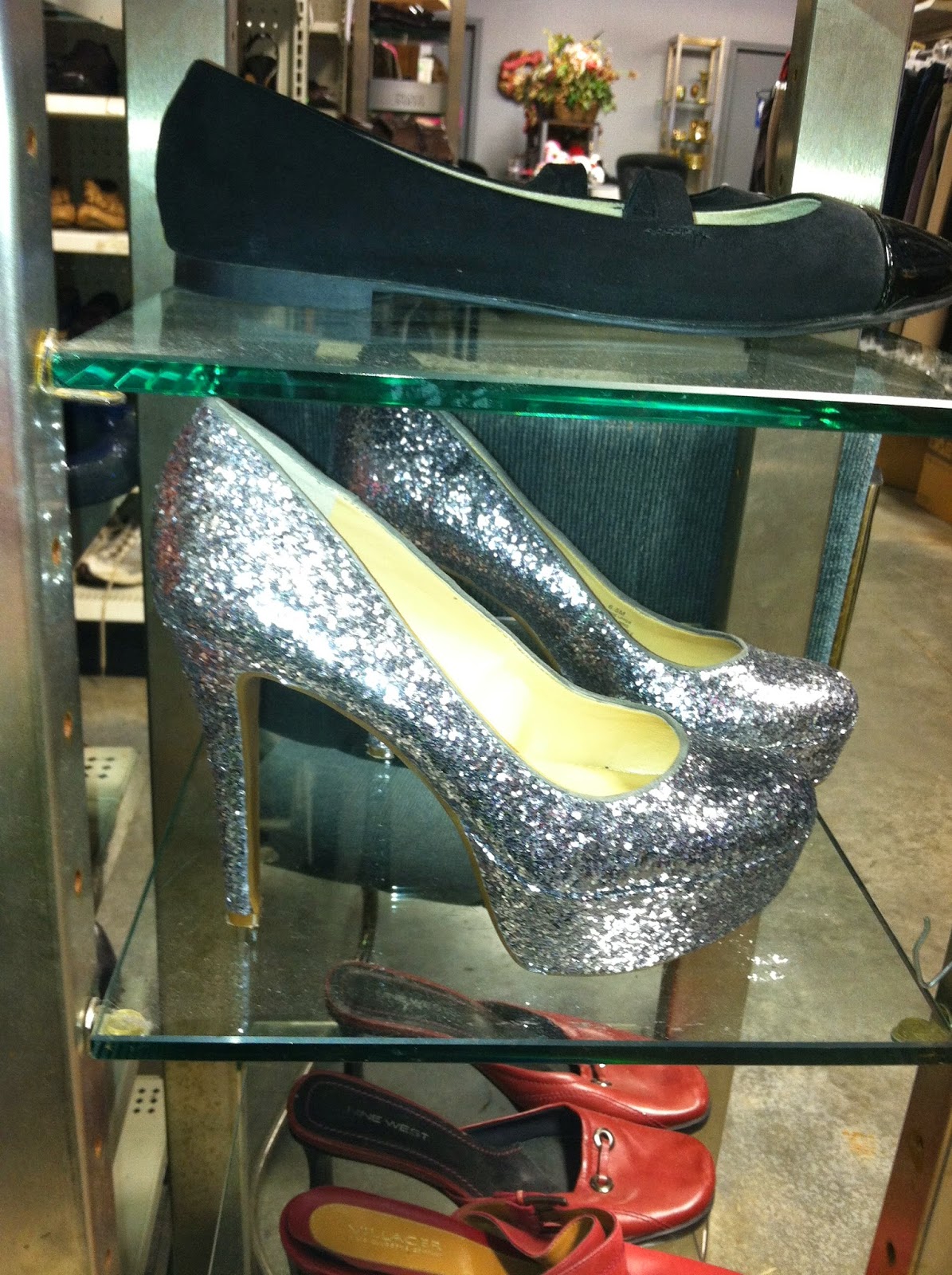 Lastly, a pair of silver glittery hooker heels I spotted at The Super Cheap Thrift.  It's a Church run thrift and it's run by Little Old Ladies.  Not your usual hooker heel dealership.  :) 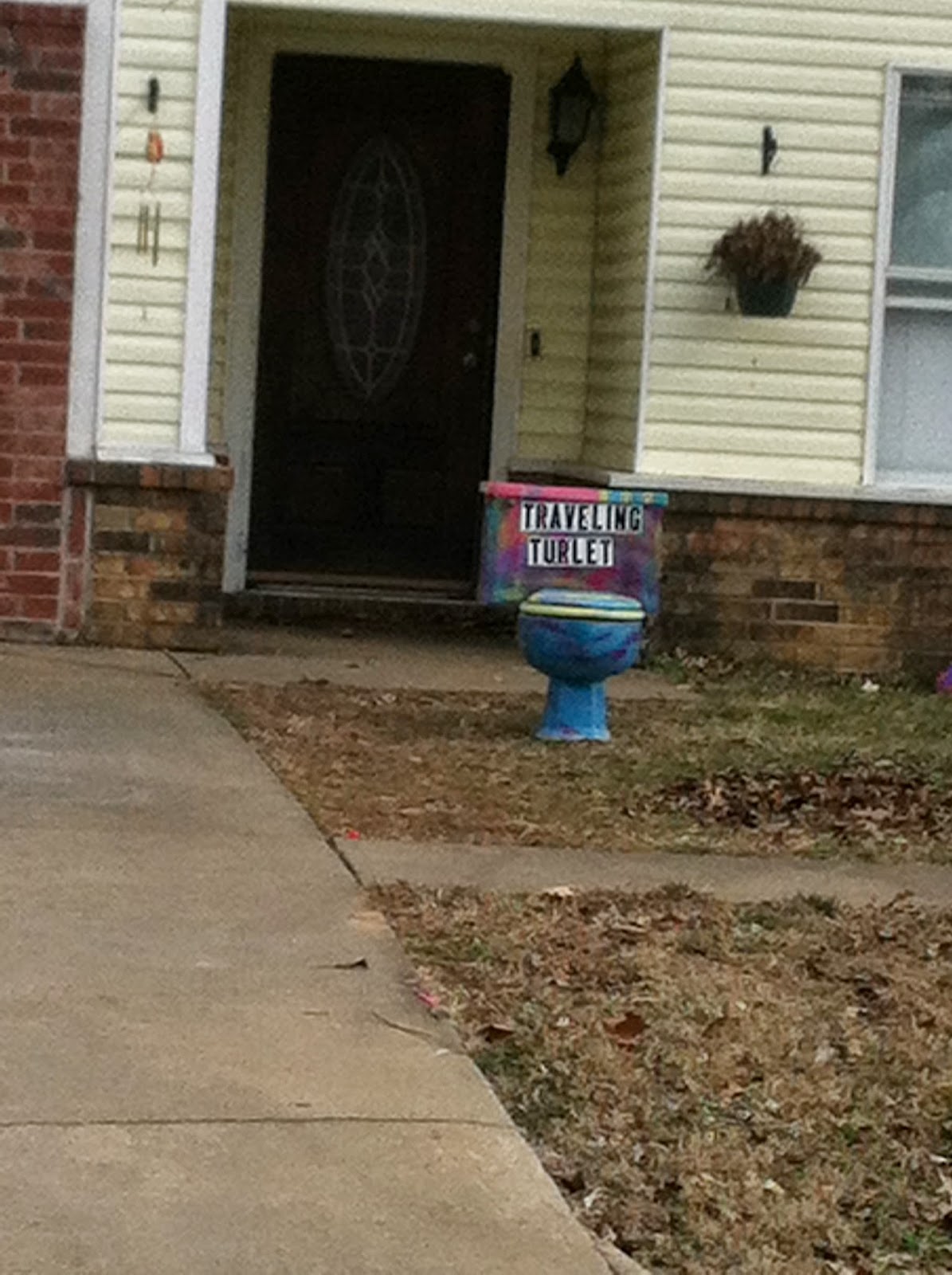 Oh wait - here's one more.  One day I was looking out my kitchen window and a truck pulled into my view, then whipped into reverse SO FAST and pulled into the neighbors driveway.  It wasn't one of their cars, so I went to the front door to see what was going on (Because I am a big old SNOOP).  I walked the fifteen steps to the front door and that truck was GONE.  Like nowhere to be seen.  But then I saw what they had done.  They had left the "Traveling Turlet" in their yard.  I can only imagine that this is a source of  great fun in their circle of friends and they must leave it on one another's doorstep unannounced.  It is funny.  It was funny.  It's been there two weeks and I am kind of over the Traveling Turlet.  But, better them than ME!