The Weekend in Junk: 'Round the Block

I only found a few things this weekend.  But, I only went around the block twice and I was only gone fifteen minutes, so that's not bad!  This morning I scored a glass candy dish and an old Ball jar with a different type of glass lid, but I didn't get those photographed.  Besides, clear glass isn't the easiest to photograph, now is it?

Yesterday I happened on a little scrawly handwritten Yard Sale sign around the corner.  It took me a not a Little Old Lady Sale, but a Little Old MAN Sale.  That was a first.  When I saw the sort of things I was just sick that I hadn't made it there earlier in the day.  I bet I missed a slew of old stuff.  *sniff*  :D 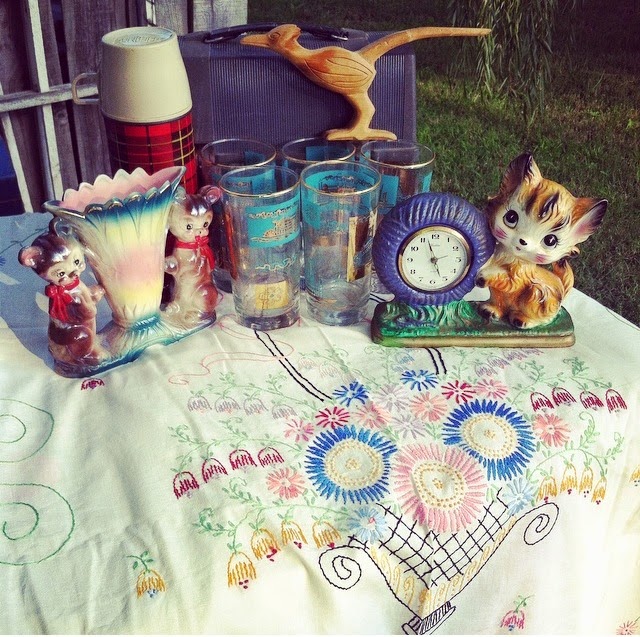 The first thing I found were the old glasses and he told those were 50¢ for all five.  That's when I knew I had to dig in all the boxes and look for anything I could find because it was going to be CHEAP.  And, it was.  The old plastic lunchbox wasn't much, but that great old plaid Thermos was lurking inside.  The roadrunner is hand-carved and kind of neat. 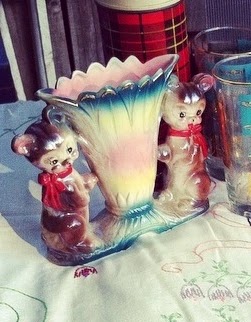 The pottery is just ghastly, I KNOW.  I don't even know what those things are - teddy bears?  I don't know.  But, it's old and marked JAPAN, so maybe it will sell.  It's not my thing, that's for sure. 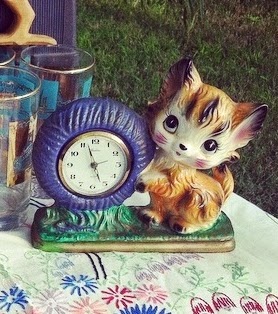 This clock is old and marked JAPAN too.  That purple thing is a ball of yarn.  Hopefully it will appeal to someone too. 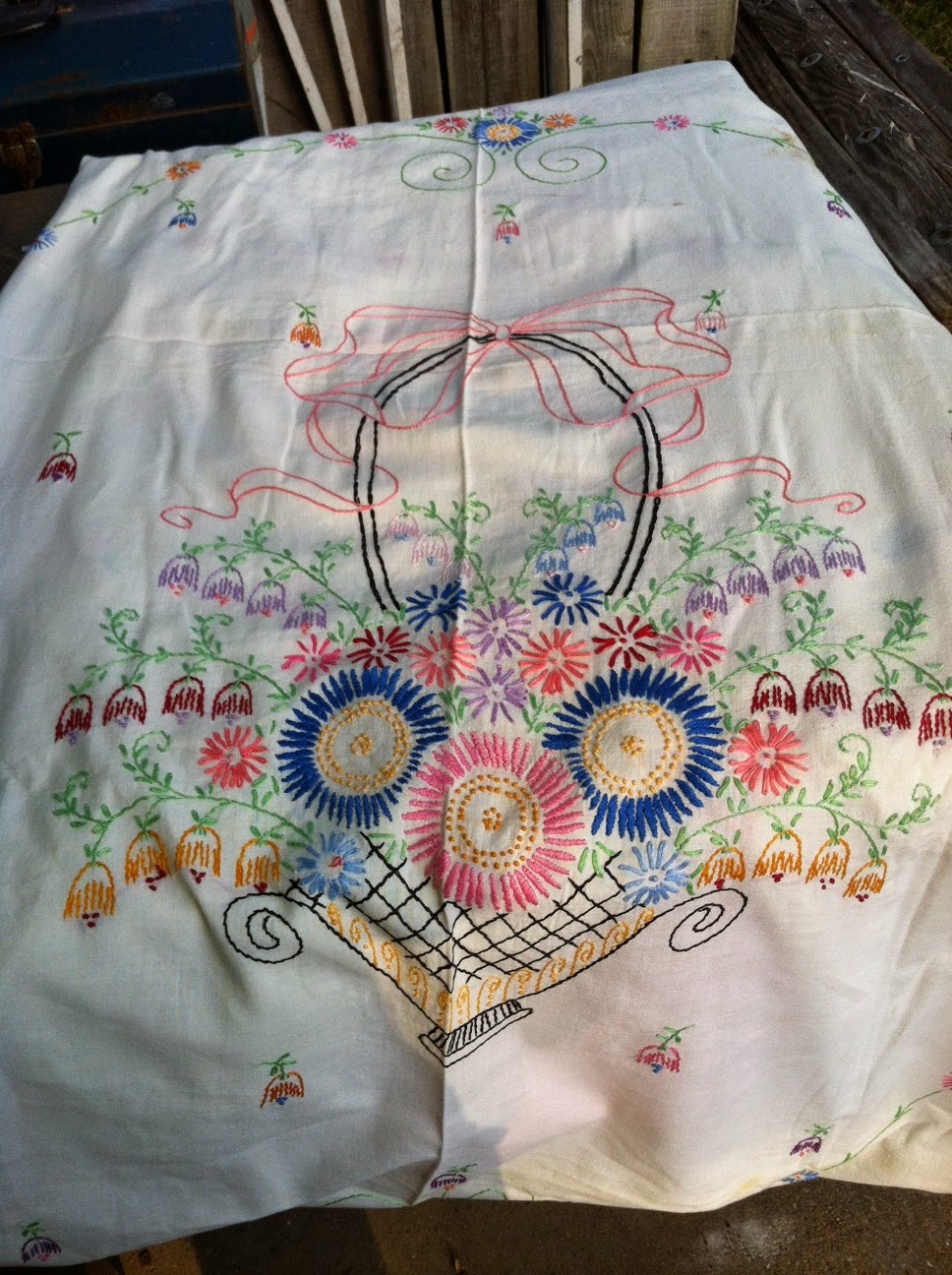 This is the thing that made me wonder what I had missed.  It is a full sized fully embroidered coverlet.  It is just beautiful.  It has a pink fabric edging and embroidery all along the sides and edges.  He only charged me 50¢ for it.  It is fantastic.  It has a few rusty stains that I think I can soak out.  *fingers crossed*  I don't have a bed for it, but I really like it.  Such artistry.

Tomorrow is "Mock Set-Up Day:" in the driveway for the Junk Ranch.  Otherwise known as the day the neighbors think I am cray-cray.  I'm excited to drag it all out and see just what I do and don't have.  I have been hunting, gathering pricing and making for a month.  When I finish a project, I squirrel it out in the garage and kind of forget about it.  I might be in for some surprises!  :)