*I did a little changing up on the old blogaroo- bigger type, wider side aisles.  LOOK AT ALL THE ROOM!  Is it easier to read?  I read another blog and it has the tiniest faintest print.  I want to read it SO badly but I can hardly make it out.  So, I wondered if my blog was hard to read.  I don't think it really was, but hey a little bit bigger for those aging eyes (Who are you looking at?) and wider sides for bigger pictures.  What can be wrong with that????? 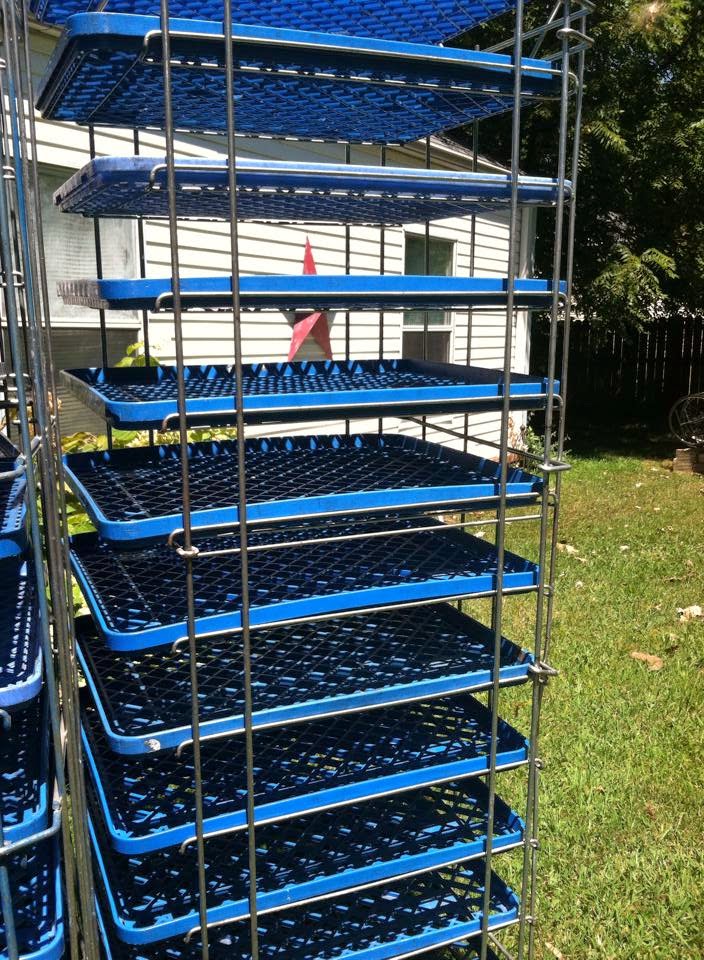 So, the bread company that The Breadman is working for right now is in the process of changing over from using rolling metal racks to using flat trays that stack up and roll on a wheeled base.  Over the past few weeks, TBM has driven around to all the stores in the area and picked up these racks and.....I dare not even speak it... taken them to the SCRAP YARD. They pay $180.00 a ton and he has personally scrapped over $2,500.00 worth of these racks.  Such a waste.  I asked if there was any way that he could buy one at scrap value to use in my booth or for storage, so he asked and was told, "Take all you want."  Oh my!  In the end, he brought home eight racks and the twelve trays each one takes.  You could open a bakery in my backyard!  I did sell one on Craigslist, so we have seven left. 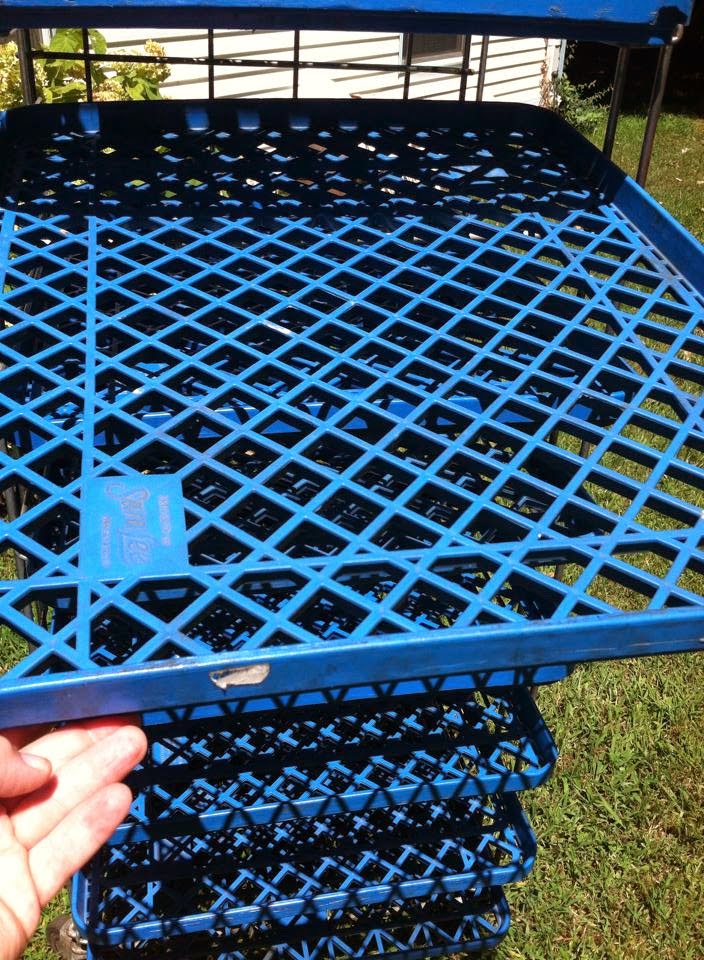 They have these sliding trays that are adjustable.  You could store your craft supplies, inventory or just about anything on them.  Since they are all being DESTROYED, they are the antiques of the future.  In my opinion. 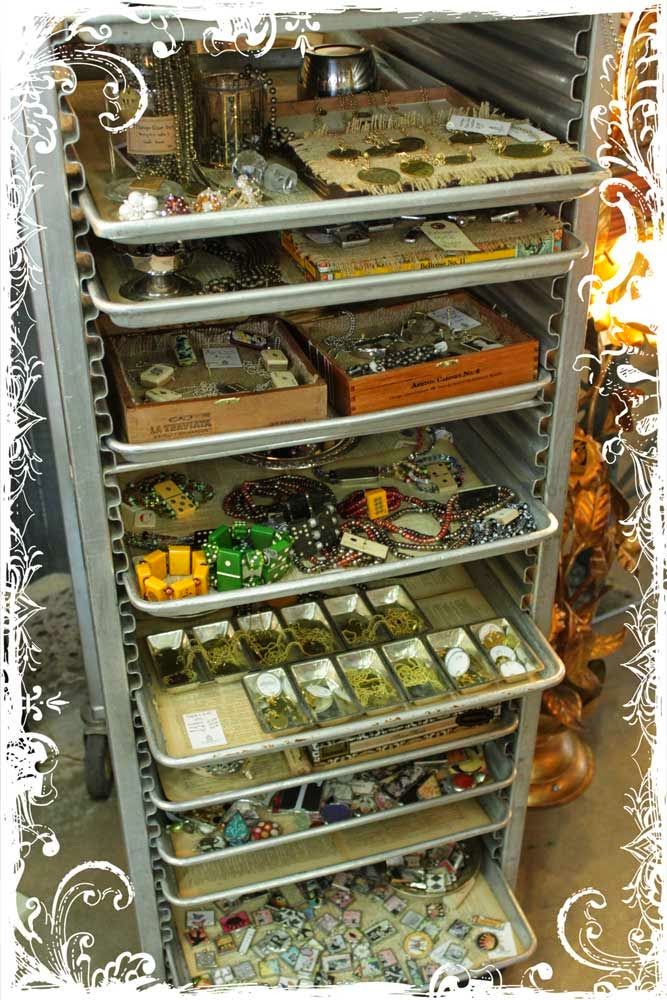 I had 'pinned' this on Pinterest a long time ago.  This is a better quality rack, but look at all the things you could put on it at a show or in a booth.  Crazy good!  I love the added use of the little bread pans to hold smalls.  I think I am going to try this at the next Junk Ranch in October.  And take a few to sell.  I think the other vendors would LOVE them.

Every day when TBM would come home he would INSIST on telling me HORROR stories of what he saw go in the chipper at the Salvage Yard that day.   "Today a man had a couple boxes of old rusty railroad spikes."     "Today a lady drove up and had all these metal cubbies from a hard ware store.  They paid her $80.00 and then they chipped them up." 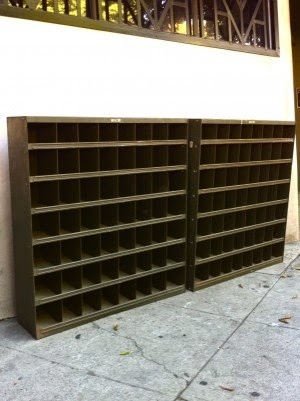 I showed him this picture and he said, "Yea, just like that."

Is he trying to kill me?
Honestly?

Lara and I are trying to thrift ourselves some official looking Security or Inspector uniforms and then we are going to stand out on the highway and "inspect" these loads before they go in the Scrap Yard.  Things we like we will deem "unscrapable" and then offer to buy them.  Seriously, someone should be out there paying the Scrap yard a price a bit above the Scrap price and saving all these great old things from being destroyed. I have seen trailer loads of old motel chairs and ringer washers headed to the scrap yard.  It just makes me SICK.

But, I can't save ALL THE JUNK.  So, I will have to be happy that I saved a few bread racks.