I Love A Parade

It just occurred to me that we really do more actual celebrating of the 4th of July than we do any other holiday.  We usually hit two parades and at least two firework shows.  This year we are only doing one parade, but have the possibility of three firework shows.


Yesterday was the Rodeo of the Ozarks Parade.  It's the beginning of the Rodeo of the Ozarks and a tradition I have only missed two times since 1973.  I used to go with my parents when I was a kid.  We would sit on the corner of the Chamber of Commerce and all the dignitaries would ride part of the parade route, then their cars would stop at the Chamber and they would unload and sit in these tiny little bleachers known as the "Grandstands".  We sat on the curb right where the big wigs stepped up to make their way to the Grandstands.  I, being a cute little girl like politicians love, would get patted on the shoulder and said, "Why hello, little one!" and have my hand shaken as they made their way past.  For more years than I can remember, the main one to do this was Bill Clinton.  At that time, it wasn't unusual to see him riding around town in his little red convertible.  He often came out to the lake where we lived and visited his friends the Tyson family (of Tyson Chicken).  He would toot his horn as he went by as we were nearly always in the driveway - me skating or riding my bike.  As the years went by, his political career got bigger and bigger, but he still came out to the lake to visit.  No more in his little red convertible., but in the Presidential Motorcade complete with Secret Service Agents that stopped by the house and requested me pull our cars up closer to the house to prevent shooters from hiding behind them near the street.  Reality check  - no more small town America!  I met him later in life when he was the President too.  But, that is a story for another day.


So, back to the Parade.  Since it is a political year - it was cram packed with politicians.  There was also a new highway being dedicated last night, so it was a two-fer for them.  They were in the parade, then opened the new road. 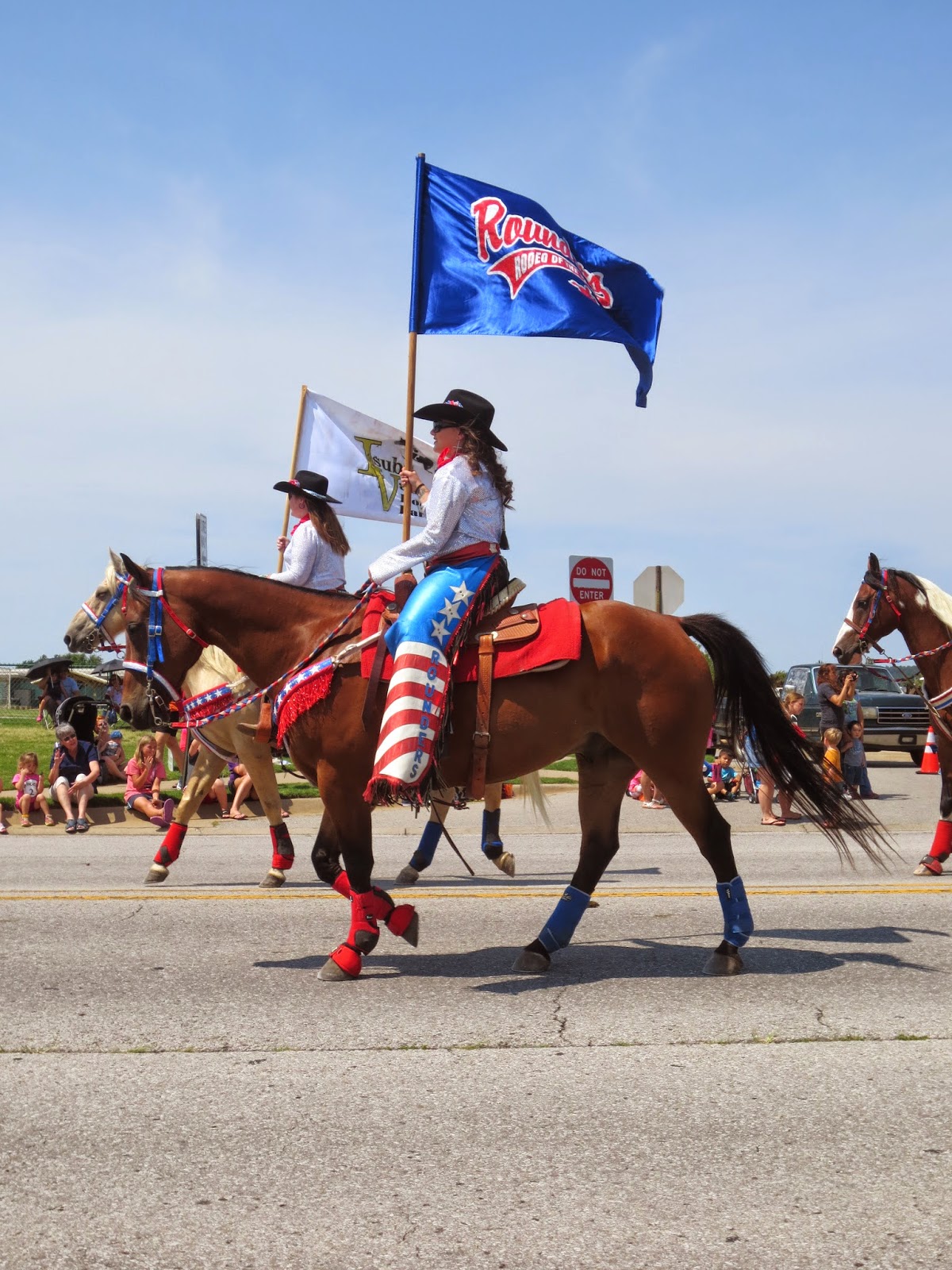 Since it is the Rodeo Parade - you can image there are horses involved. 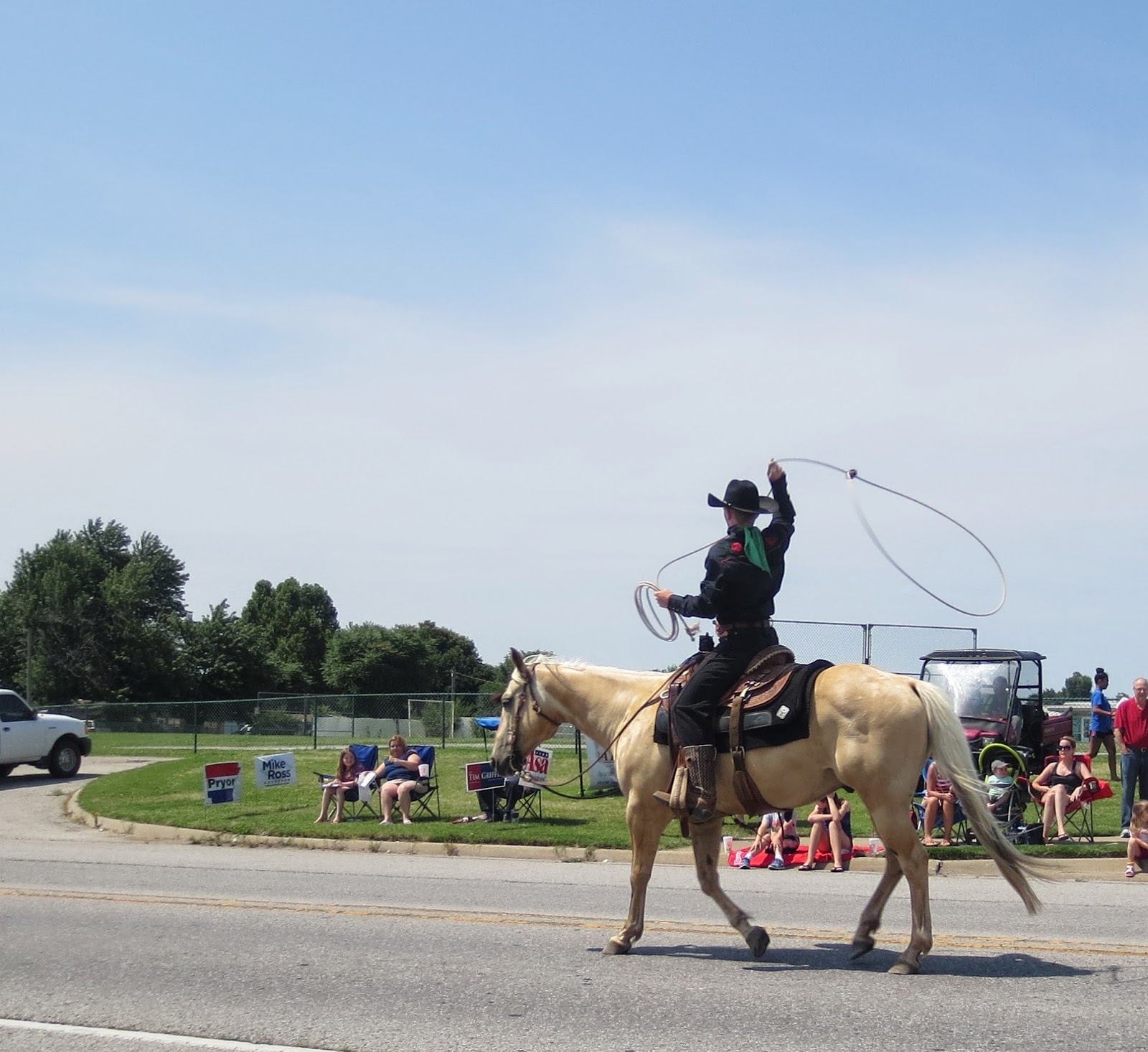 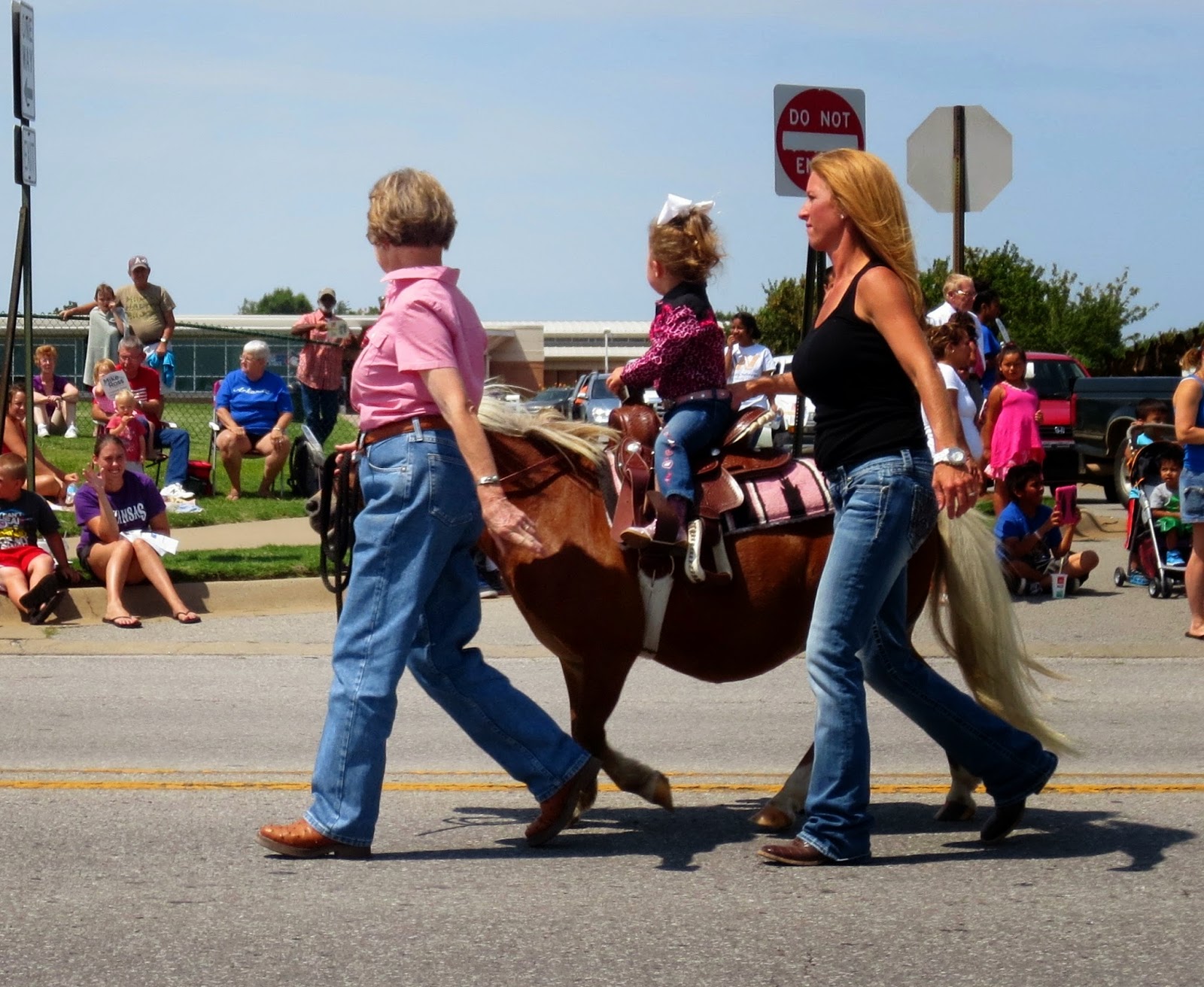 Tiny tots on horses.
(It took me the longest time to figure out that that hair is part the ladies and part the pony's tail.) 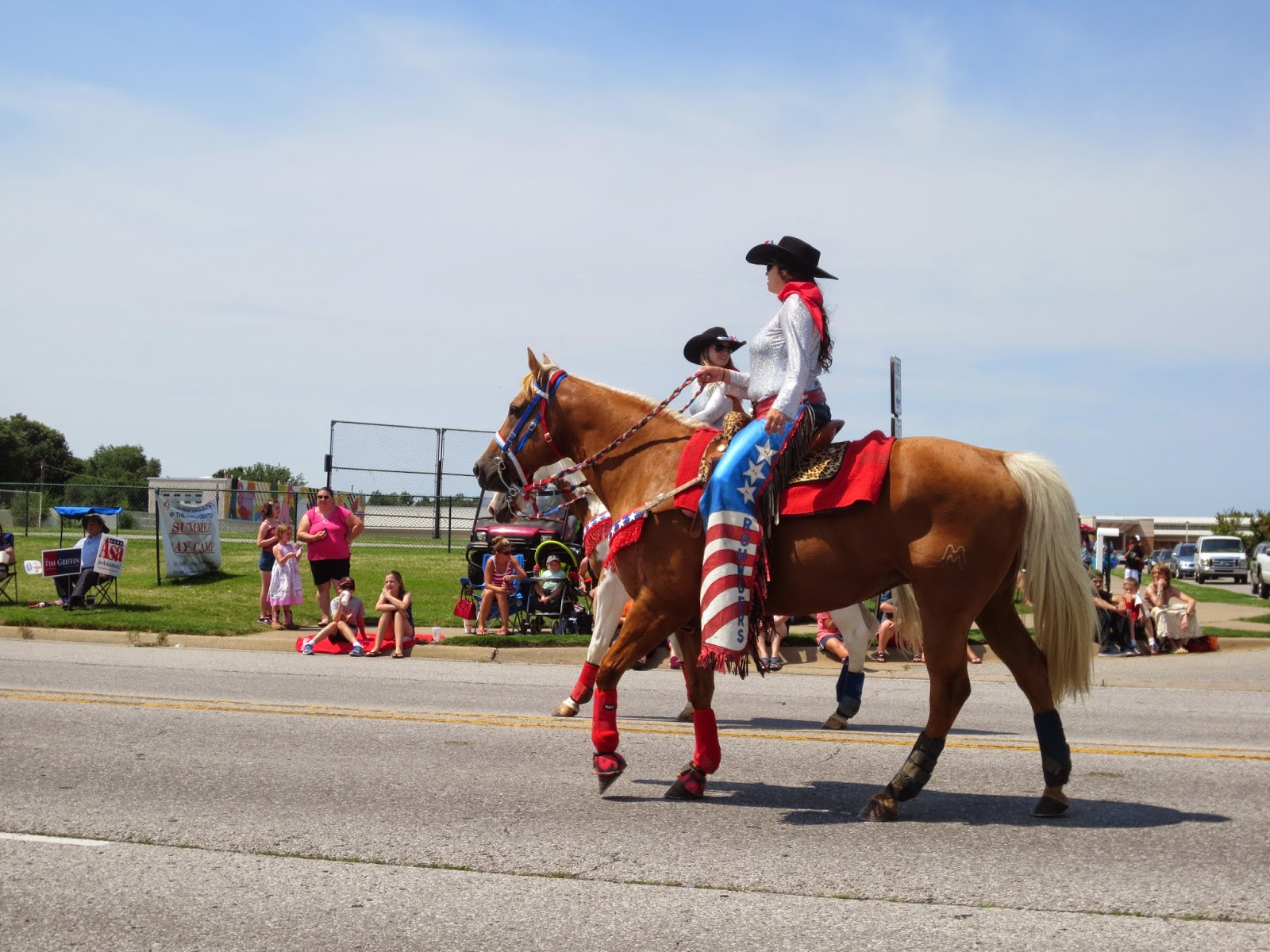 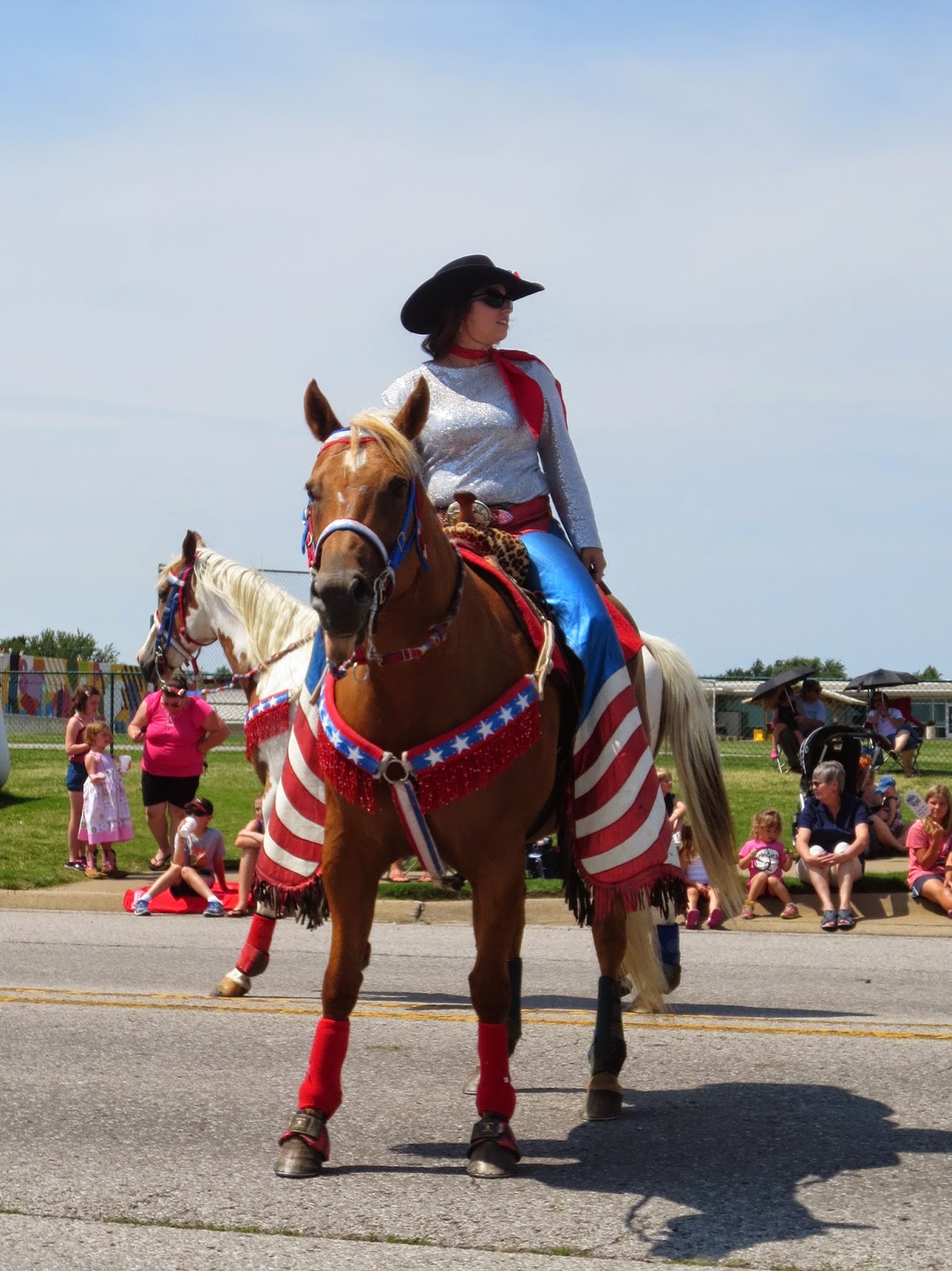 For some reason, this horse turned and looked straight at me.
The Bean laughed and said, "That horse stuck it's tongue out at you!"
I thought he was kidding. 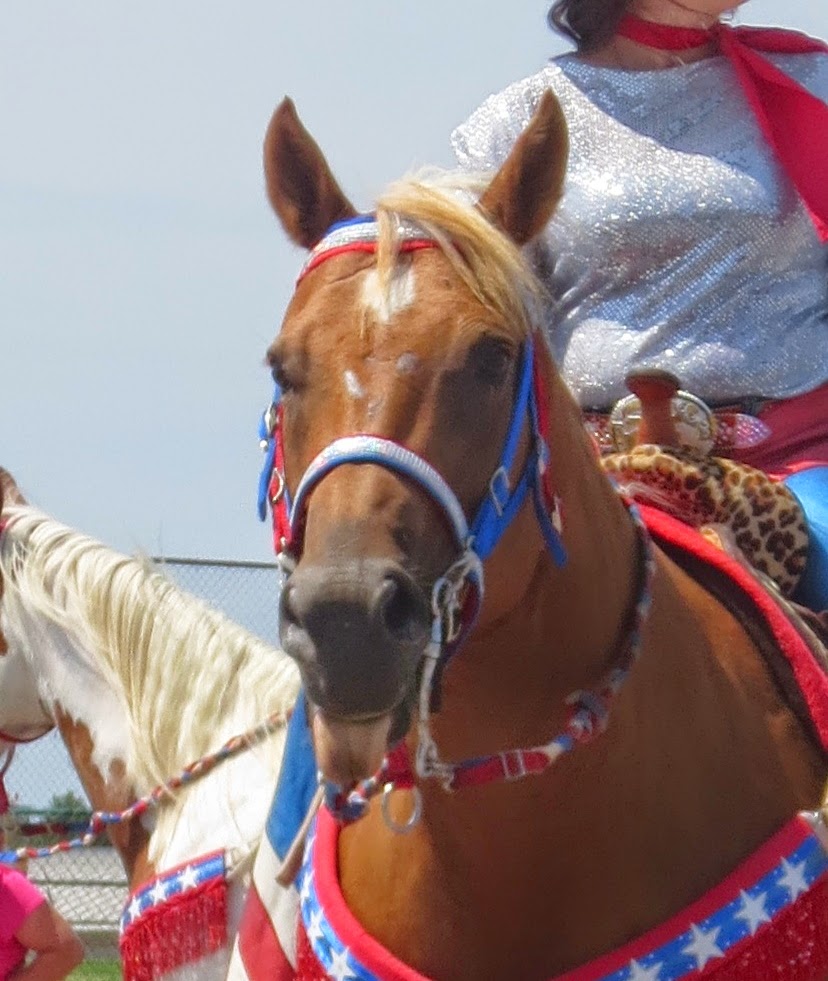 But look!  That darned house DID stick it's tongue out at me.  :( 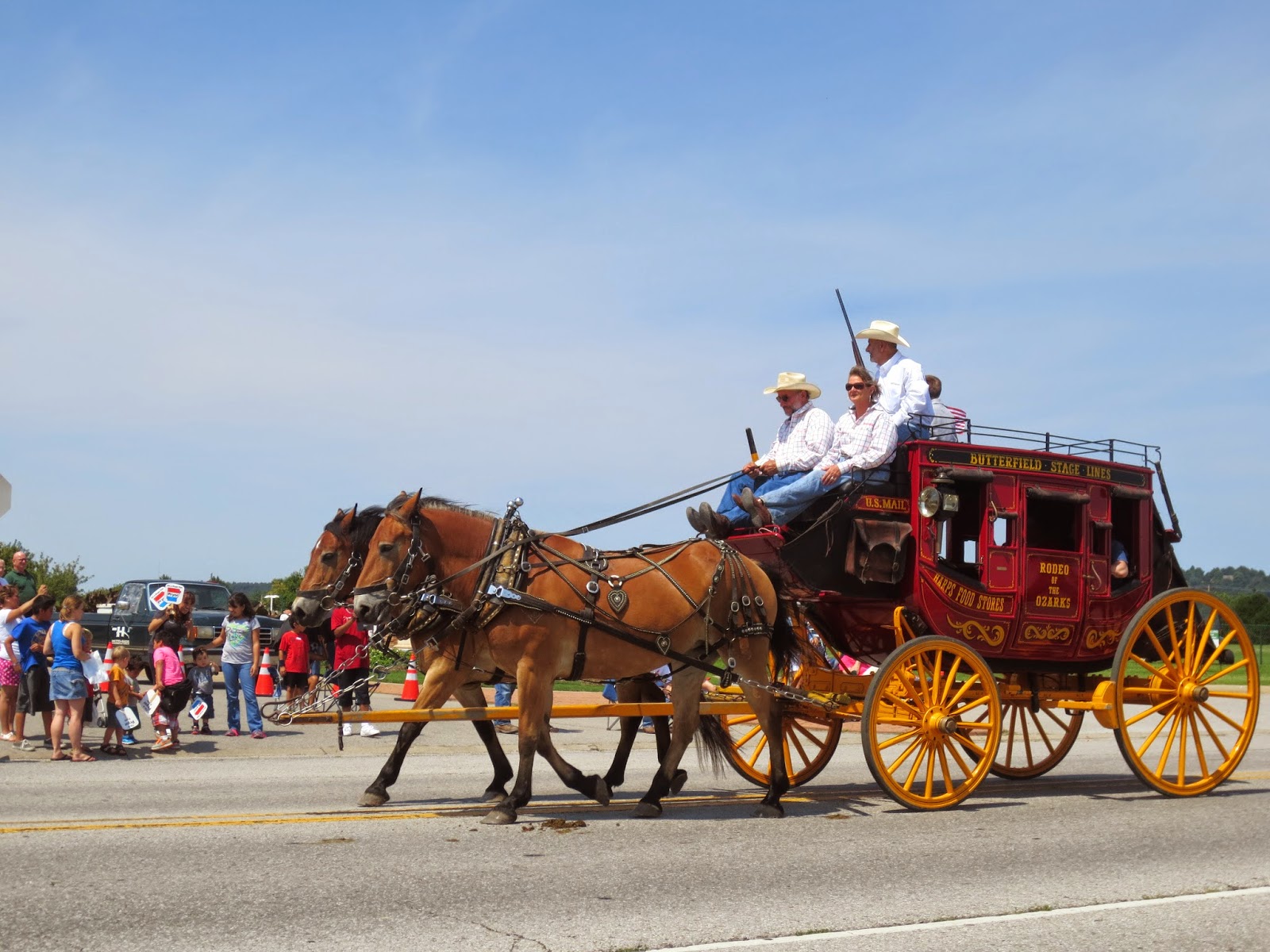 The stagecoach is always there.  More horses, of course.

You know what comes with horses? 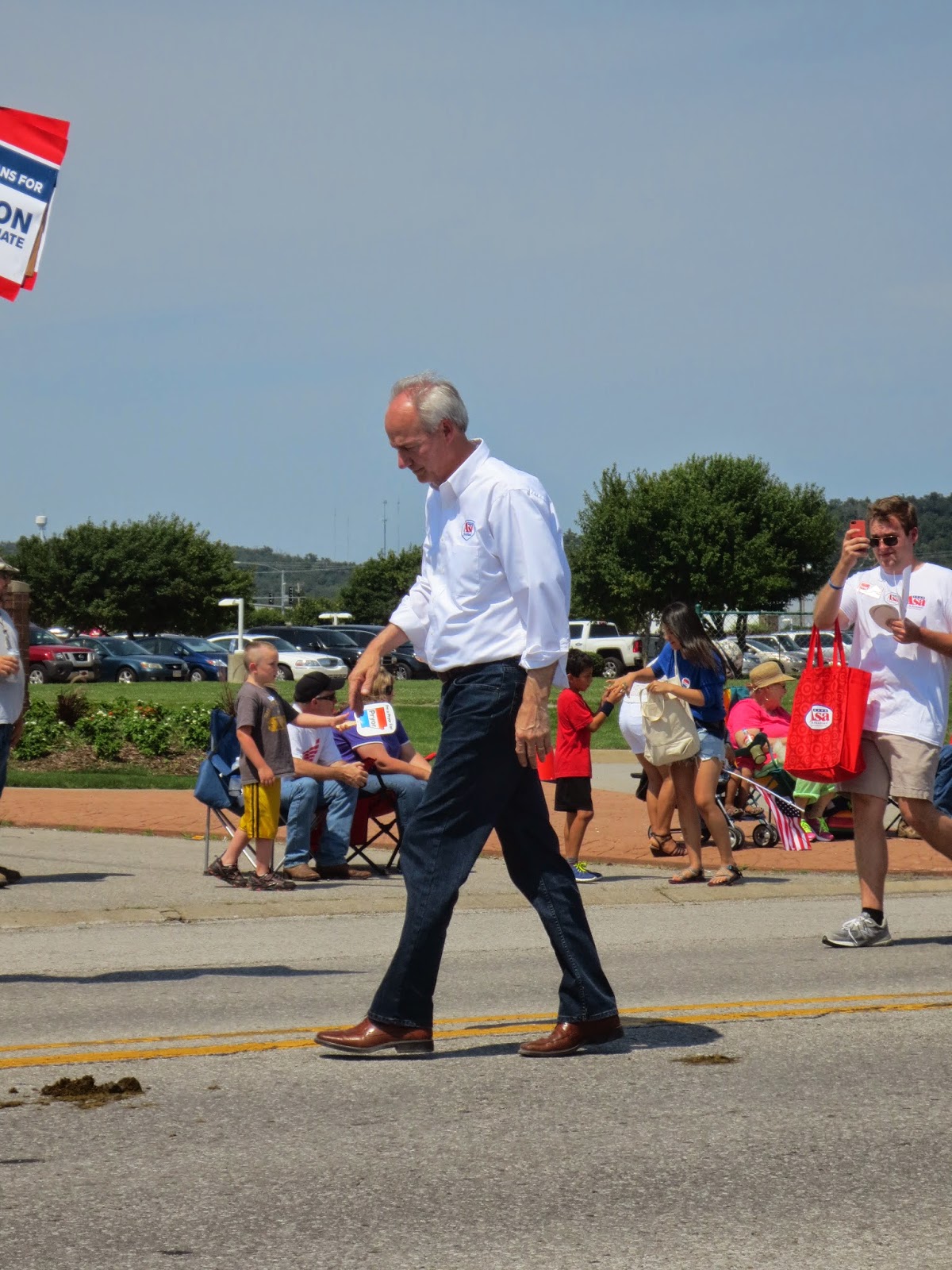 Politicians watching their step, that's what.
This is Asa Hutchinson.
He's running for Governor and he's the first politician I have ever seen that WALKED.
So, good for him!
(Except for the horse poo, of course.) 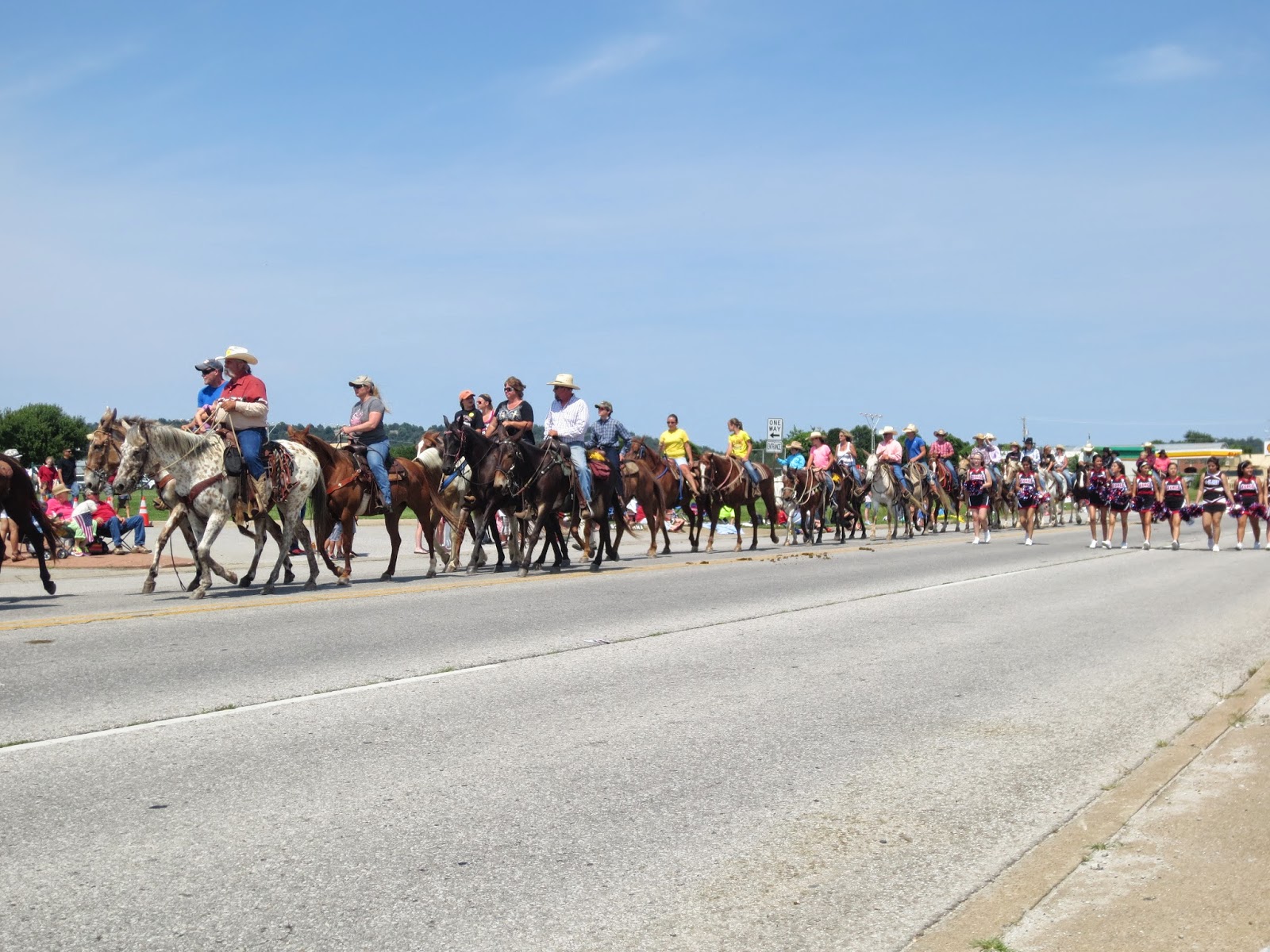 If you have a horse, you can come ride in the parade. 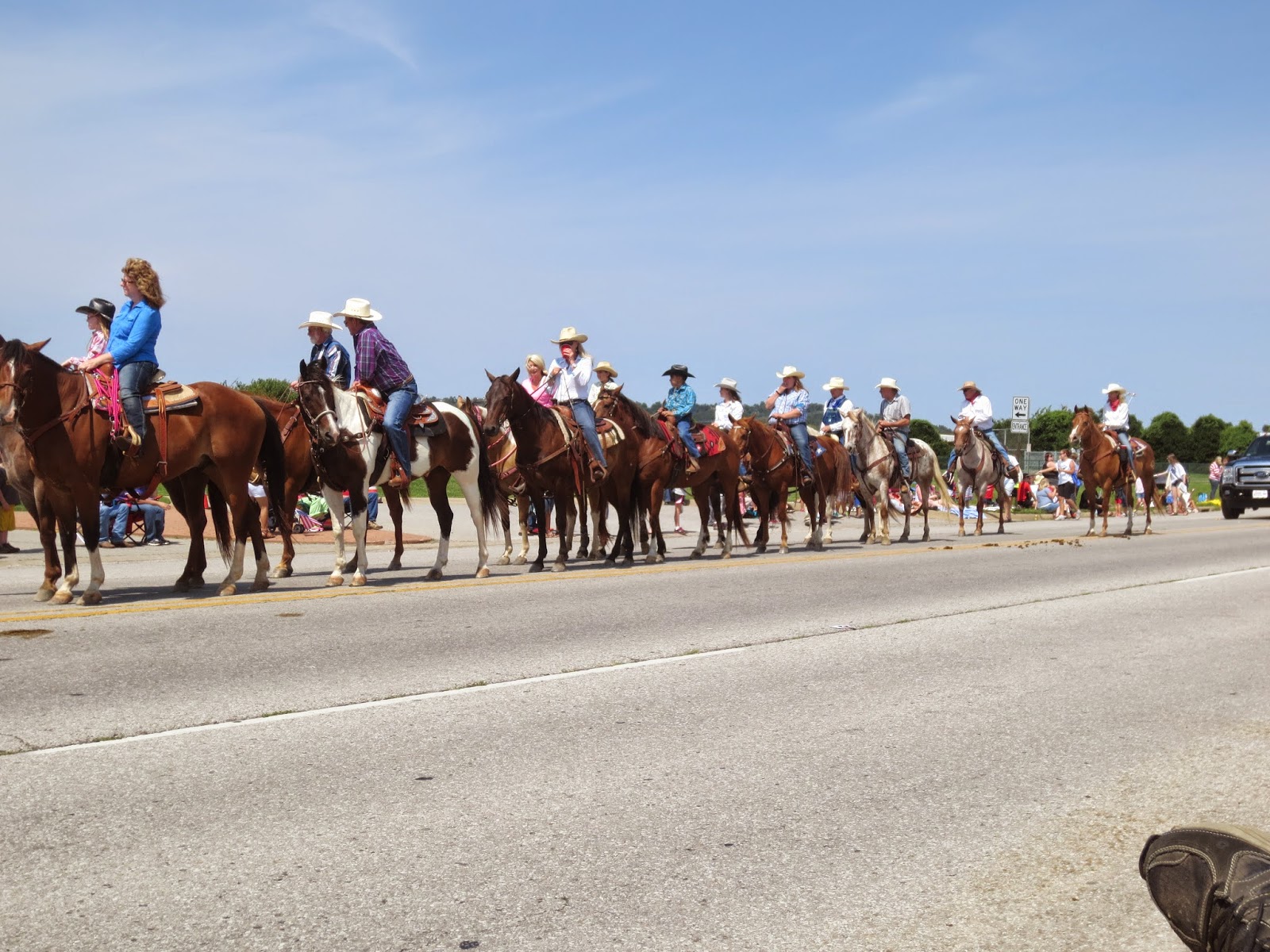 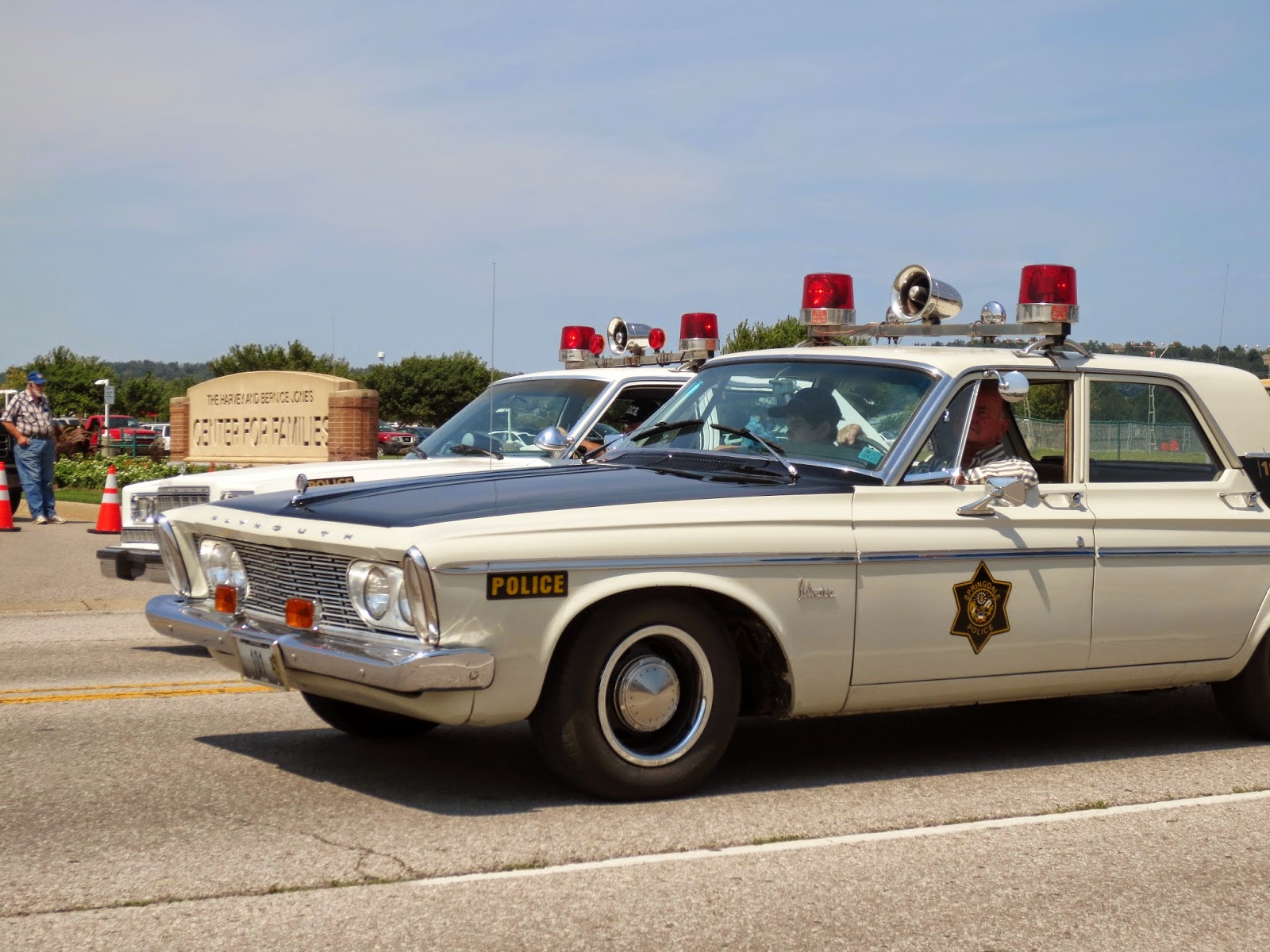 There are things other than horses, of courses.  :D
Vintage police cars. 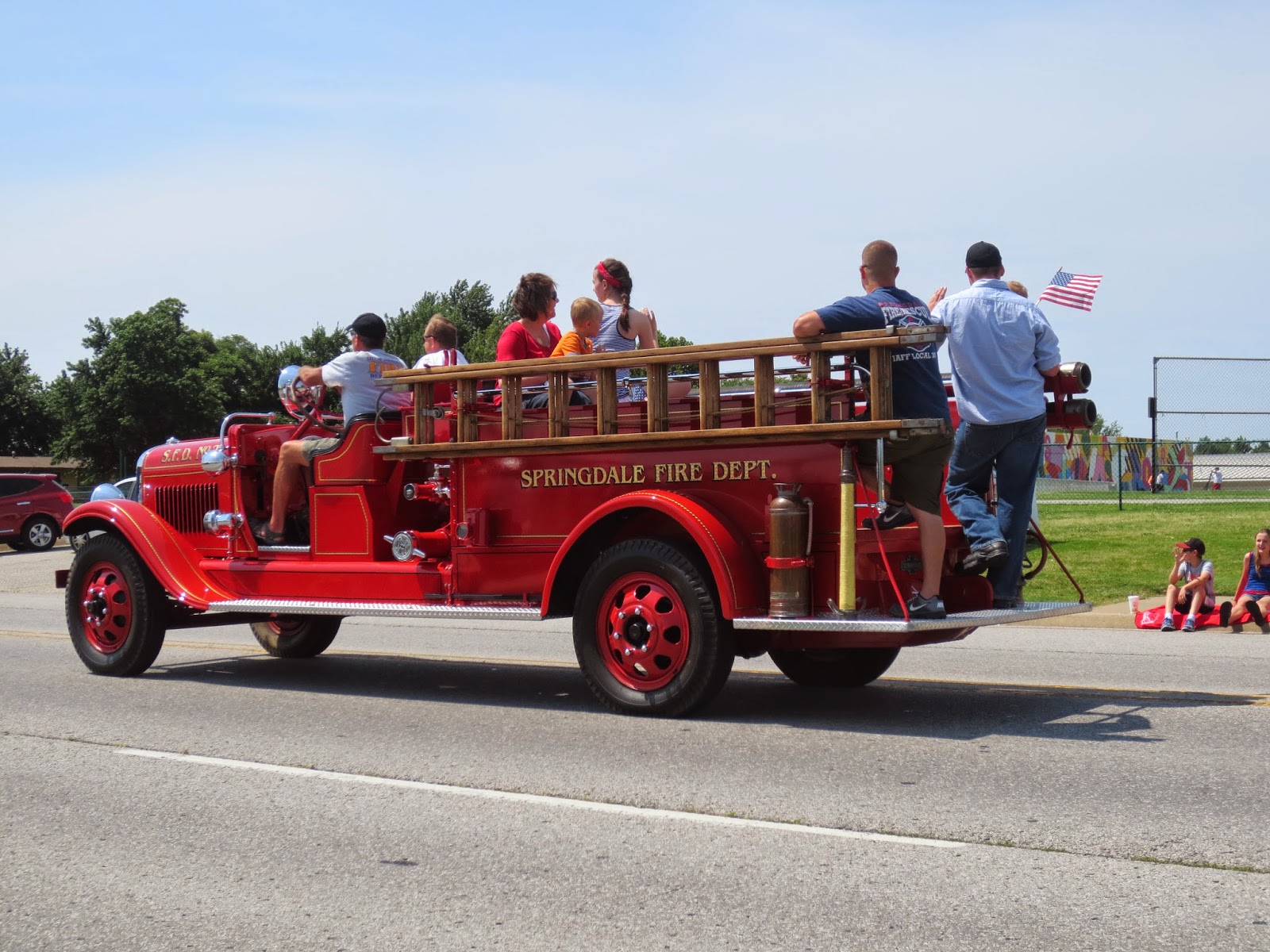 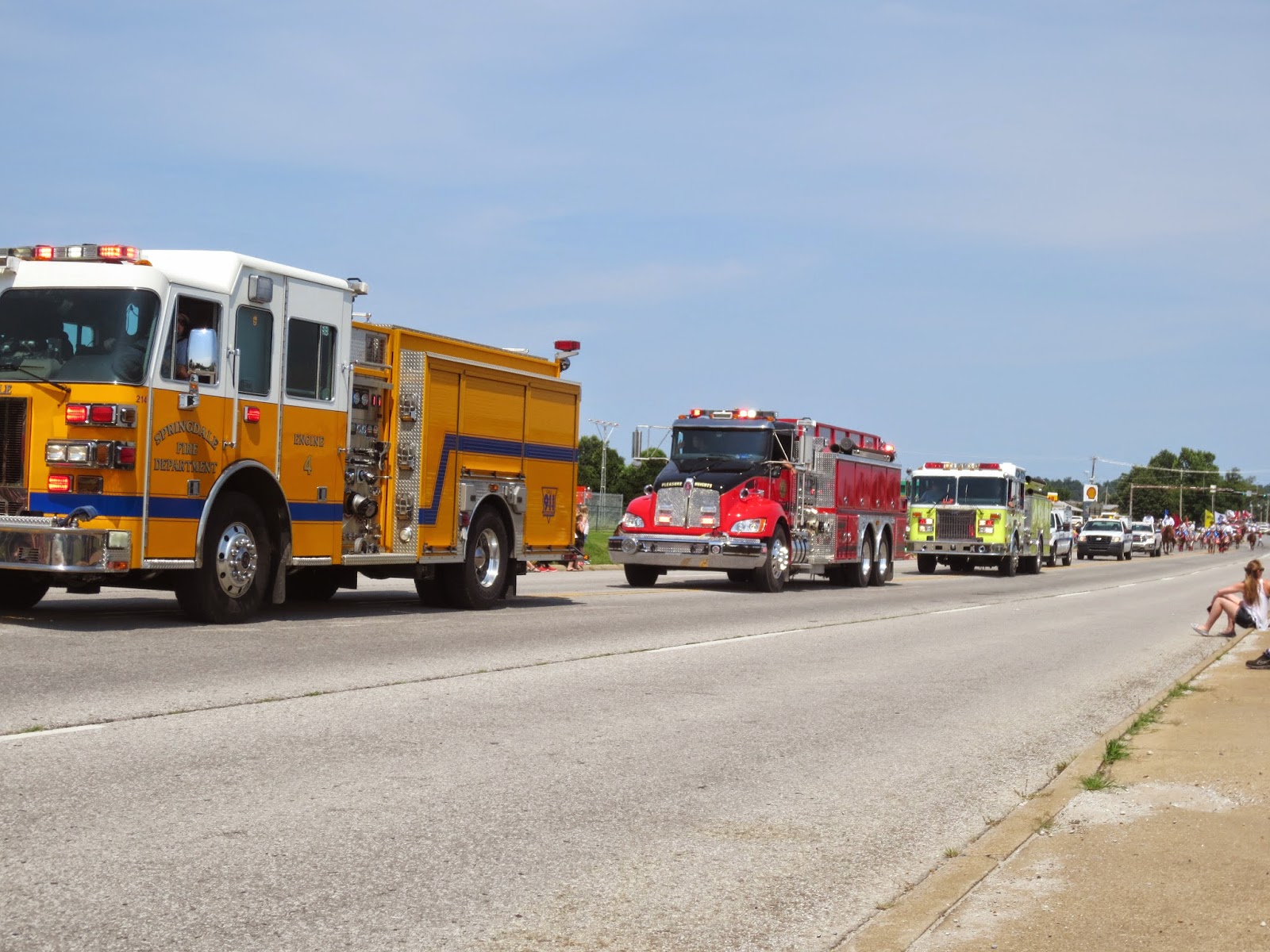 New big fire trucks that blast their horns and sirens.  That's the only part I hate.
And, the horse poo, of course. 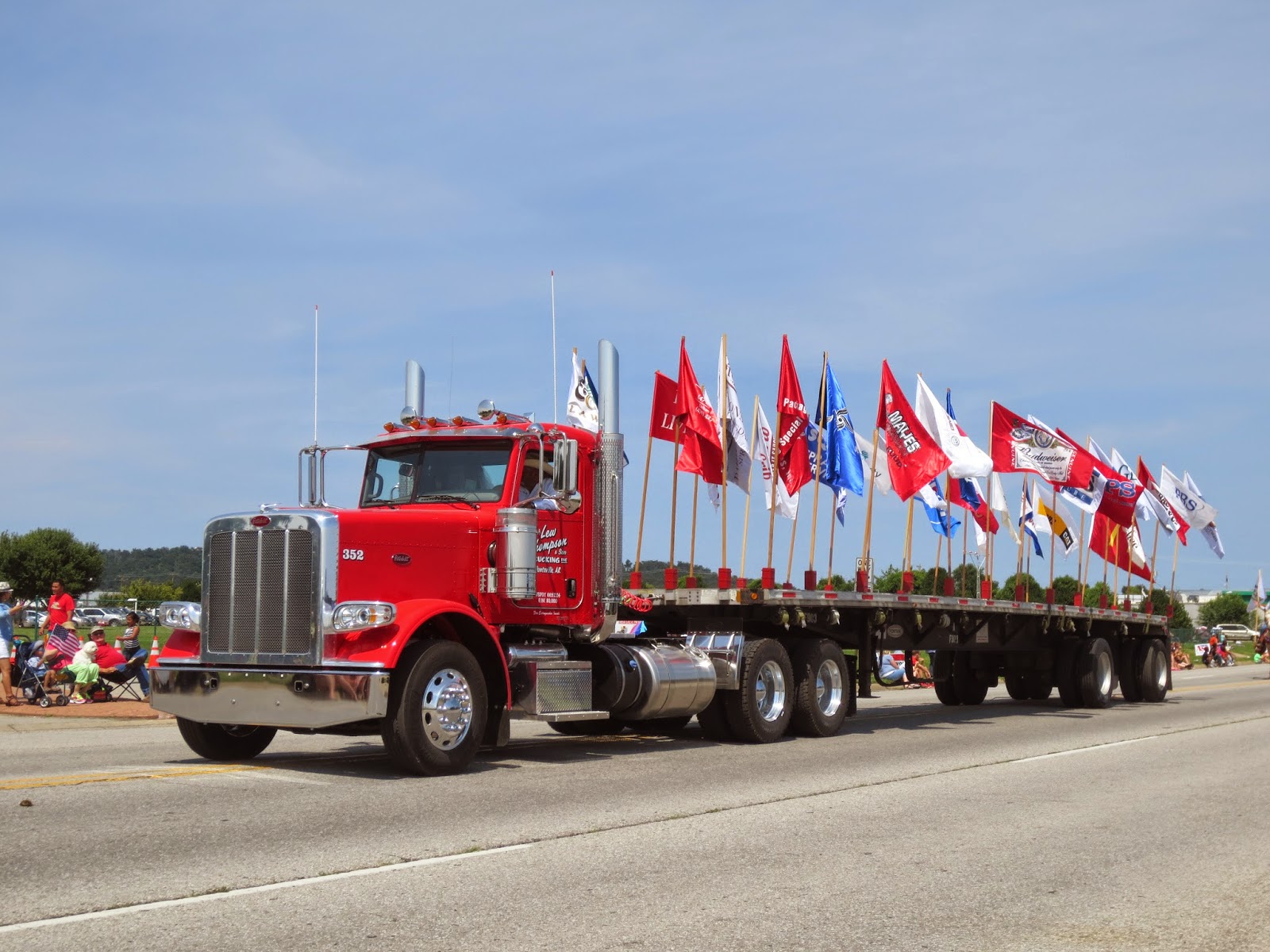 Flags of the Rodeo sponsors. 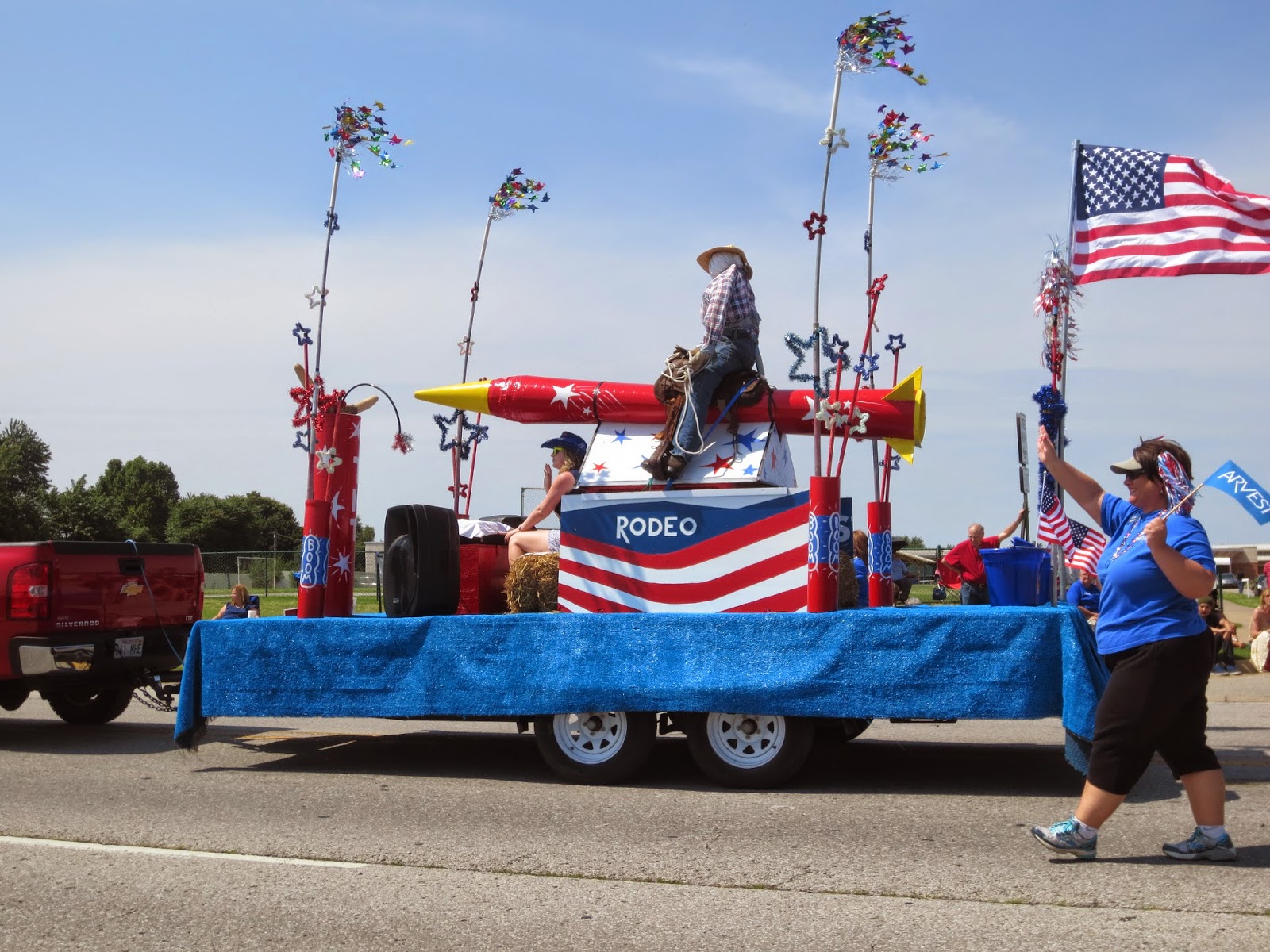 Homemade floats.  People passing out candy.  I was there with my 18 year old son and my 75 year old father, yet we managed to score a full gallon size bag of candy.  They were giving ups huge handfuls.  Who am I to tell them "NO"? 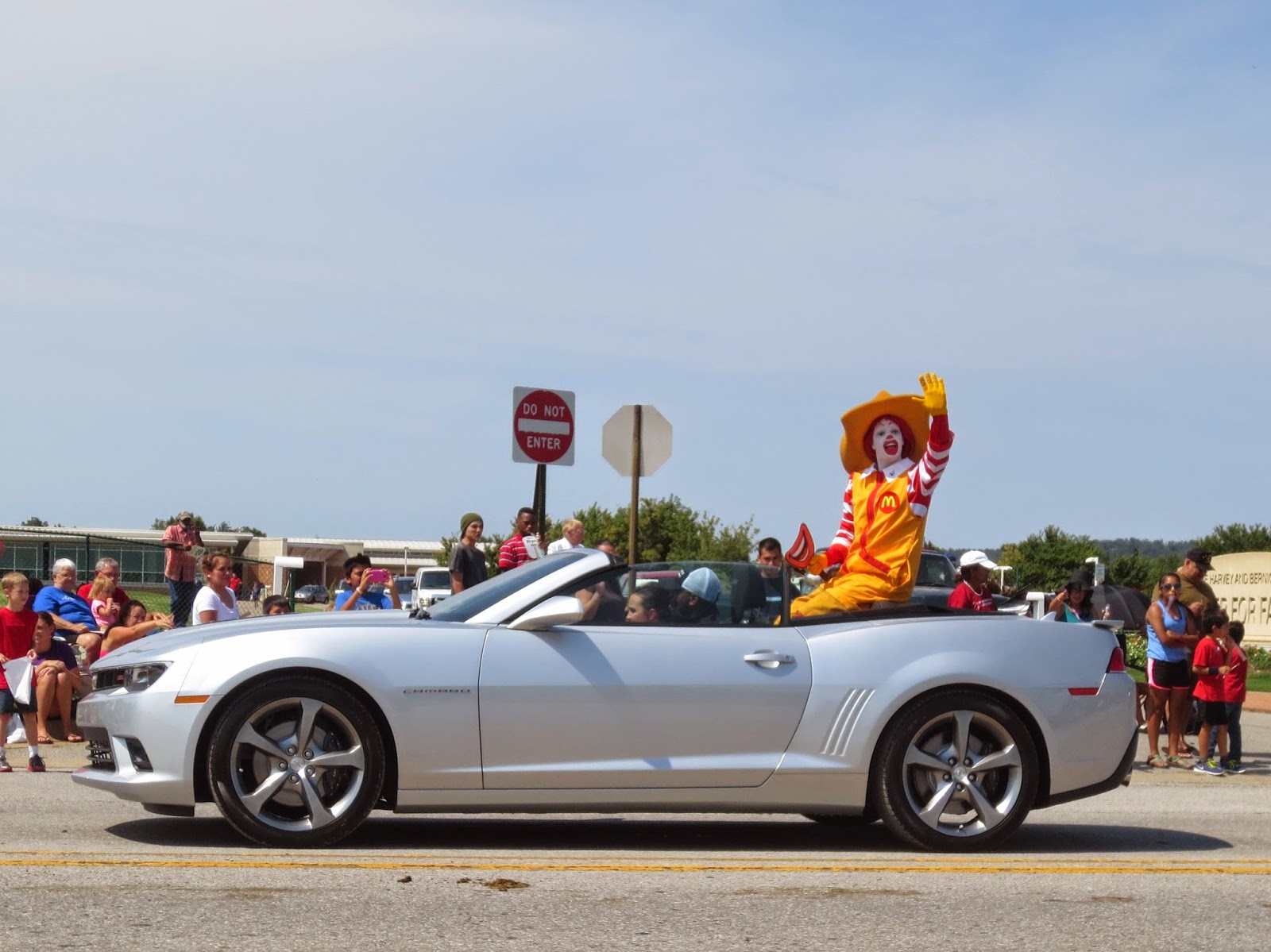 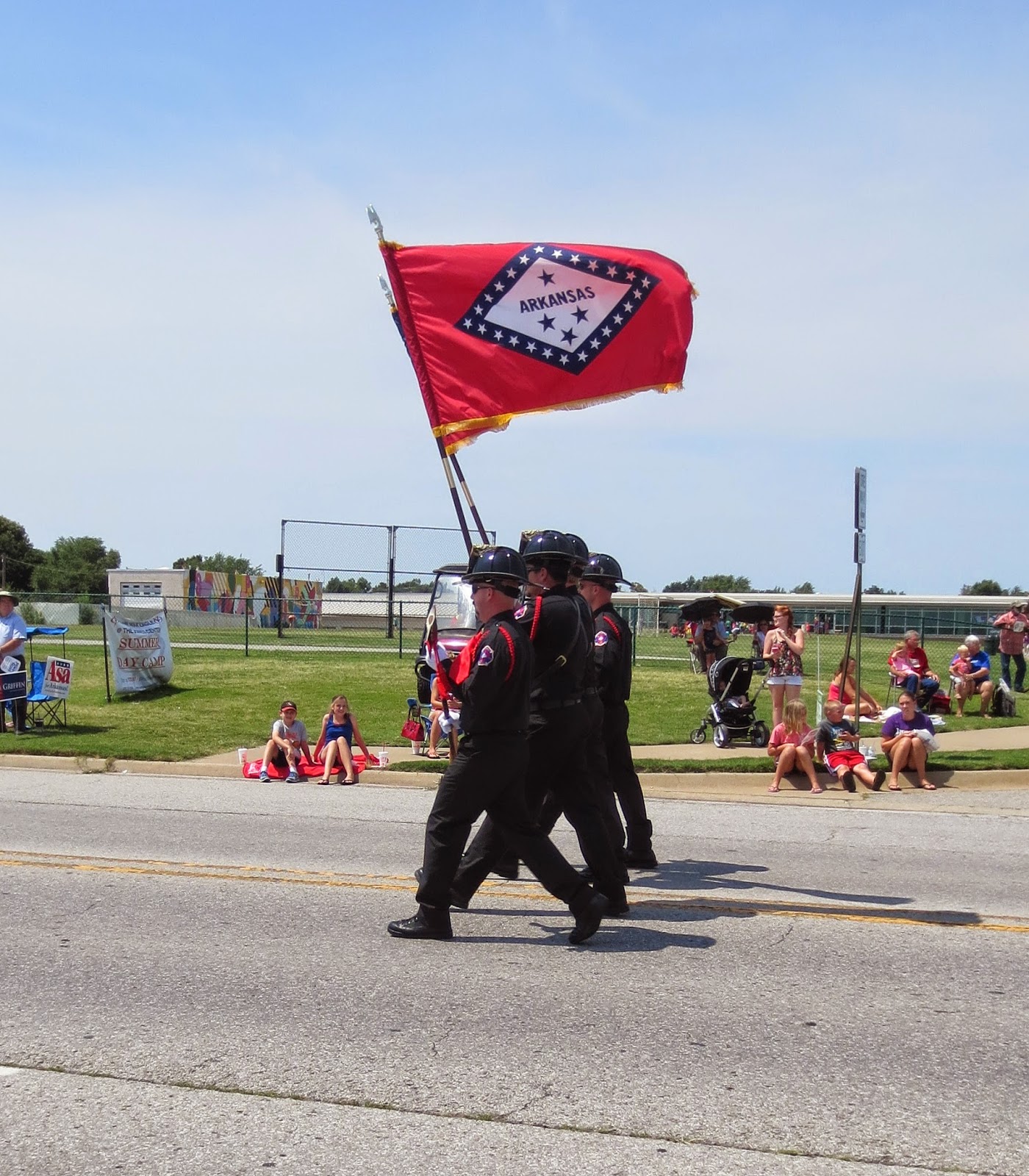 The flags at the beginning.  We stood with our hands on our hearts.
All those people over there could learn a little something about patriotism.
Thank you very much.

Tonight is Firework show #1.
Hope you all have a wonderful and safe 4th!
Posted by Shara at 11:59 AM